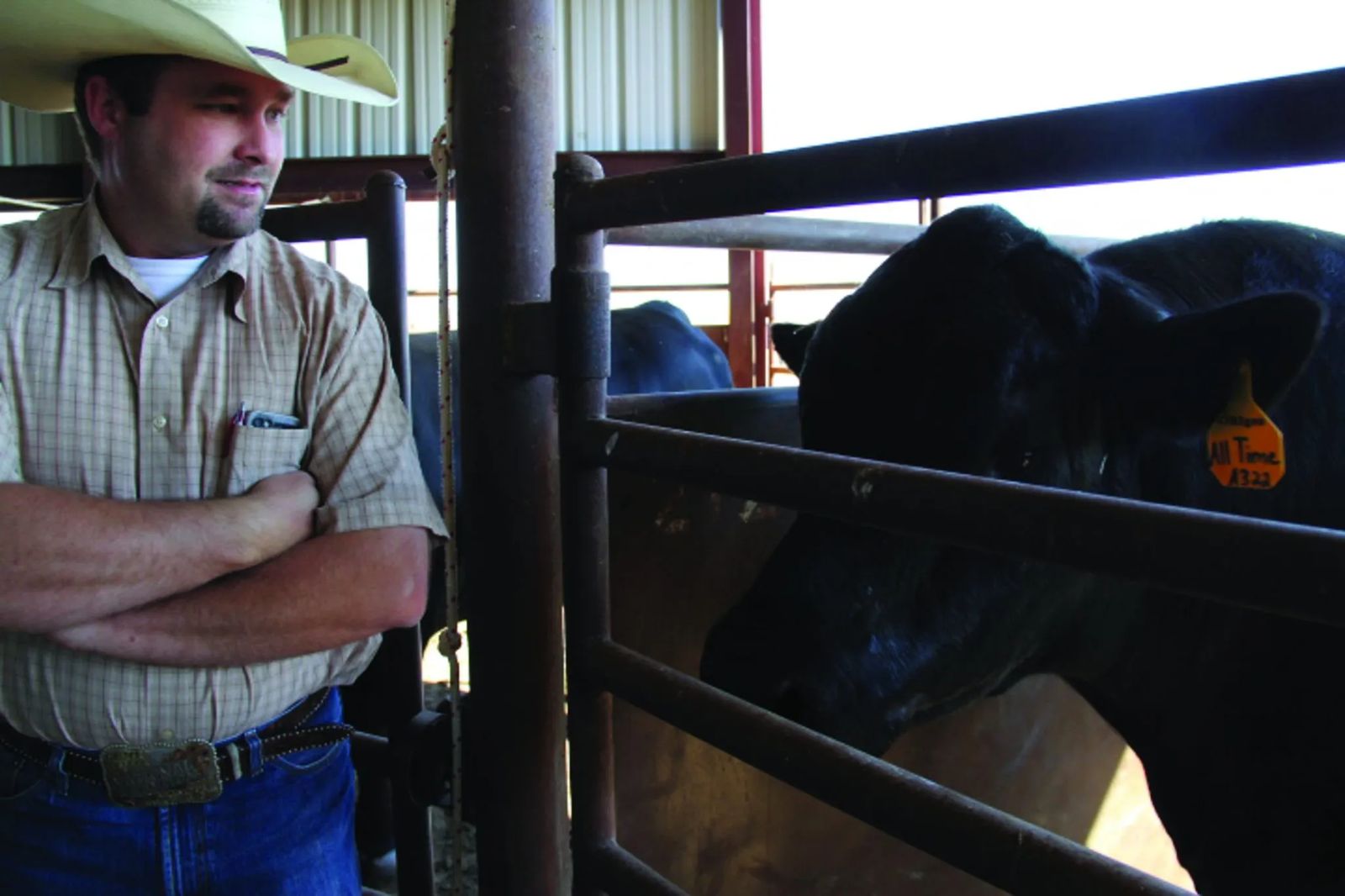 Fifteen years ago, nobody thought it would work.

Six ranchers were proposing to start their own bull-breeding business, bypassing the big artificial insemination outfits to gain more control over the process and to keep more of the profits in their own pockets.

Their business, ORIgen, was designed from the start to be a breeder-to-breeder service, giving the power of numbers to breeders of beef bulls. 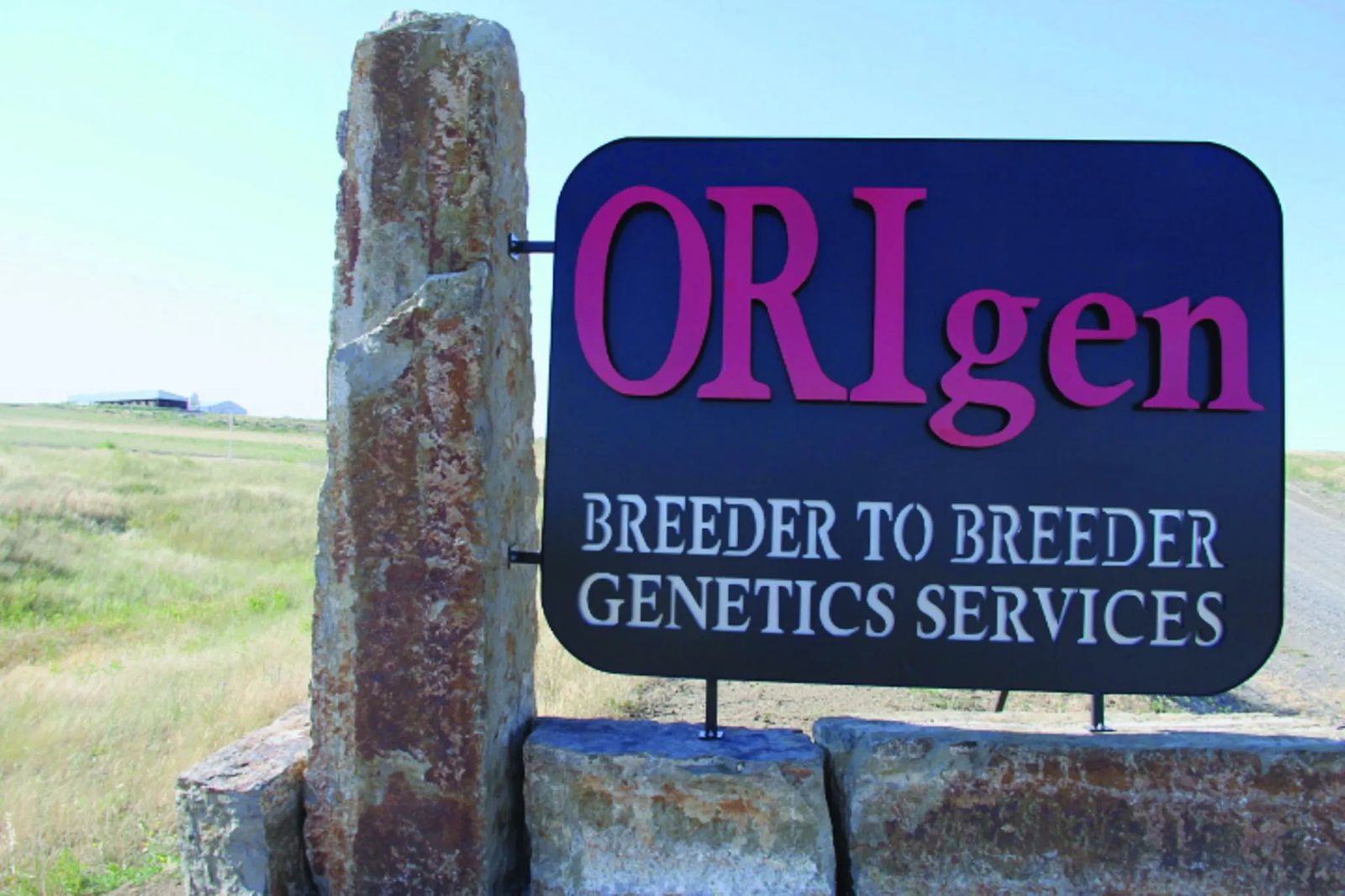 One of the key founders was Doug Stevenson, the owner of Basin Angus in Joliet and now president of the ORIgen board. When he and the other founders started talking back in 2000, Stevenson said, the mindset in the industry was that the concept would fall apart because the breeders were competitors who could not realistically be expected to work together.

“We were all in business against each other,” Stevenson says. “That really was the biggest obstacle in the way of making this work.”

They still compete, to some extent, but cooperation has definitely paid off: Stevenson says ORIgen is now the fifth-largest bull-breeding service in the country. In the past three years it has also gotten heavily involved in in-vitro fertilization, an aspect of the business that has been seeing rapid growth. ORIgen already has a separate laboratory in Texas and is looking to open new semen-collection sites in other regions of the country.

“We really do feel good about what we’ve done,” Stevenson says.

Traditionally, breeder services controlled the process from start to finish. The only role played by the owners of the bulls was to drop off their bulls at the beginning of the process and pick up their checks at the end of it.

At ORIgen, the breeders have to be involved to some extent, but they can choose to play as large a part in the process as they have the time and inclination for. The more they get involved—whether in the booking, pricing, distribution or marketing—the bigger the payout. 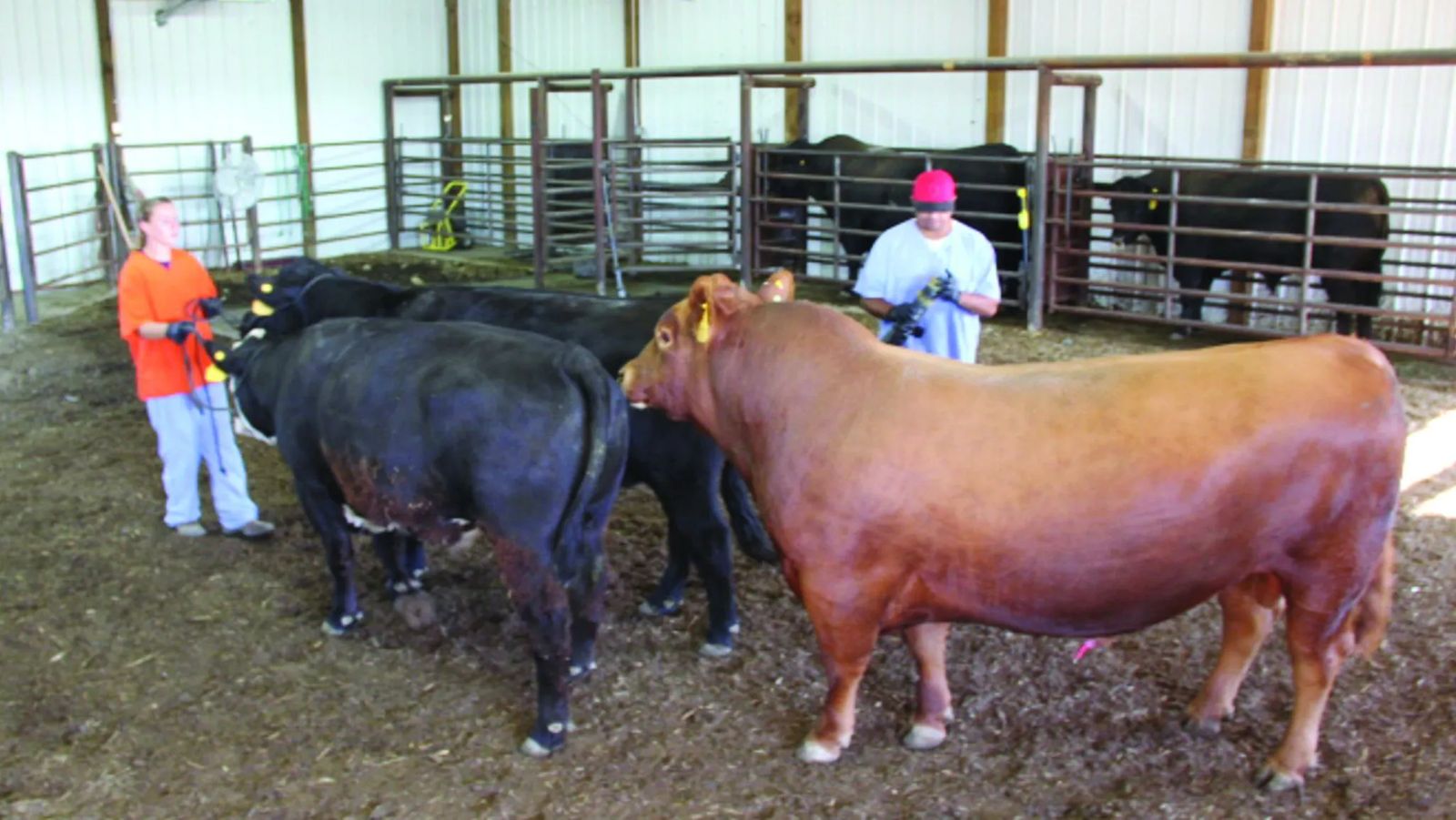 Dale Venhuizen, the owner of Churchill Cattle Co. in Manhattan and a regular user of ORIgen, says his involvement in the process might change depending on the time of year or what else is going on with his business. If he has the time, he’ll play a larger role. If not, it’s nice knowing he doesn’t have to be near a phone to field questions from potential semen buyers or to deal with other aspects of a transaction.

Another advantage is that ORIgen is large enough to have different people handling different aspects of customer service. Venhuizen regularly works with three women at ORIgen. “They’re all focused on a little different area,” he says, “but they’re all tremendous at their job.”

On the other hand, ORIgen is not so large that it becomes difficult to get things done.

“If you’re a guy in my shoes, ORIgen provides kind of a unique product,” Venhuizen says. “The buck stops with them. They don’t have to call an office in Denver or Chicago to see if they can do this, that or the other thing.” 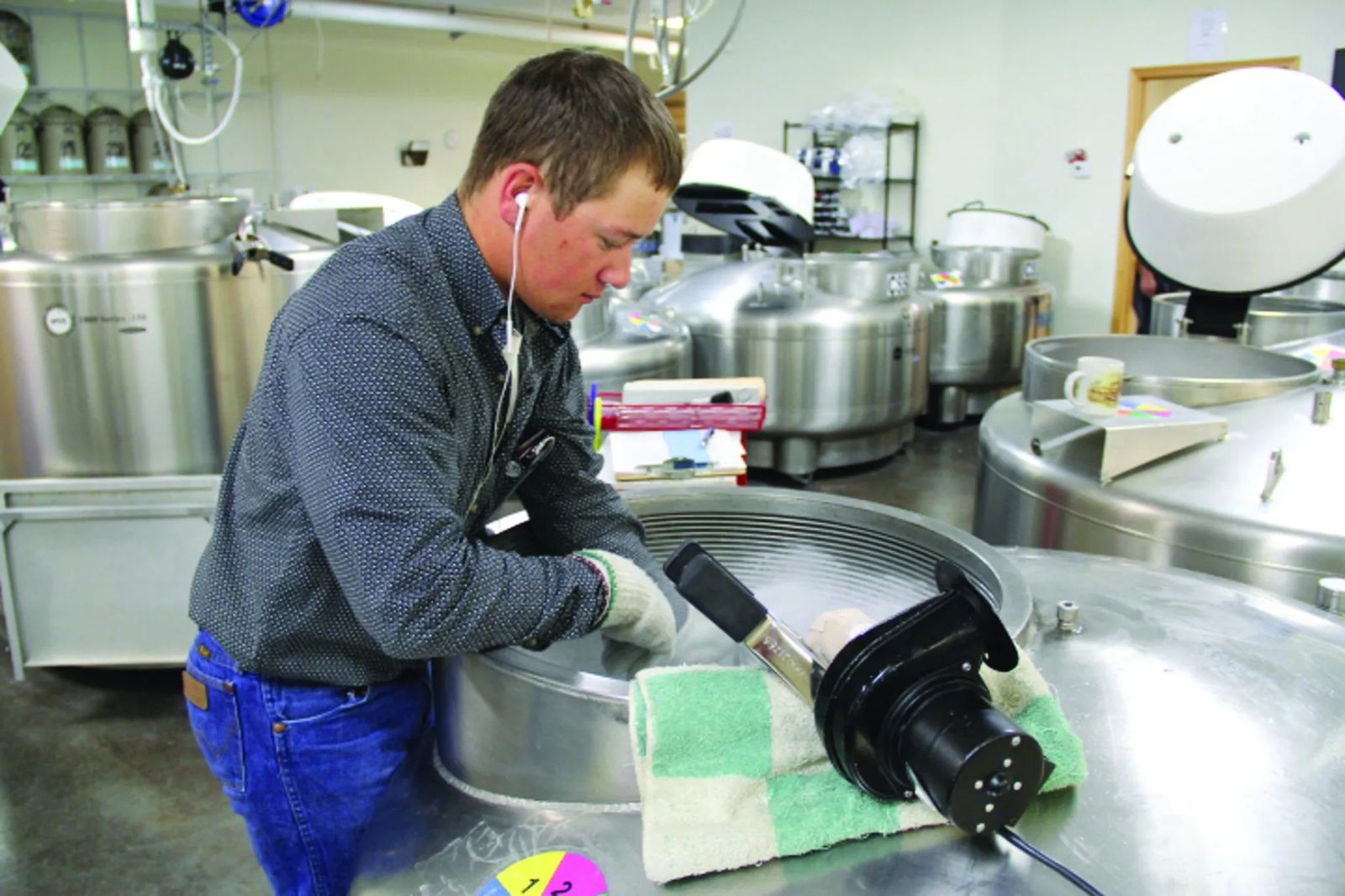 Jared Murnin, general manager of ORIgen, says the original six owners eventually expanded to 10, and they came from all over the country, “Montana to Texas, Georgia to California.” They went into business by purchasing Roberts Cattle Service west of Billings and ran the business there even as they were shopping for property to build their own state-of-the-art breeding facility. They found the property they wanted and opened at the new location in 2004.

ORIgen’s mailing address says Huntley, but it is located directly south of the Arrow Creek exit off Interstate 90, about 20 minutes east of downtown Billings. The facility sits on 2,000 acres, of which 200 acres are used for bull housing and offices, with the rest leased out for farming.

Murnin says the facility is in a good location because this part of Montana is almost ideal for breeding bulls—thanks to a relatively cool, dry climate with few insects. It is also far from rivers and other wildlife corridors, helping to prevent the spread of disease from wild animals.

The site is also advantageous from a topographical point of view because high points are sprinkled throughout the property. At the top of some of those gently sloping hills are ORIgen’s five spacious barns. The three residential barns have long, fenced runs extending downhill from each bull’s stall, with water at the top of the hill and feed at the bottom.

That way, with no coaxing, the bulls get plenty of exercise every day, just loping up and down the runs. The bulls are separated by high-tension electric fencing, which keeps them from making contact with one another.

“They stand about a foot apart on either side of the fence,” Murnin says. “That’s about as close as they get to a bull fight. But there’s lots of bellowing and pawing.”

“ORIgen has a tremendous facility,” Venhuizen says. “They’ve got an ideal spot for your bull to come and live there for a month or two months or six months or whatever.”

The length of stay depends on the level of health testing desired. Younger bulls might be brought in for a short stay, just to have their semen extracted and frozen in case anything happens to them before they get much older. If an owner wants to meet the more stringent requirements of Certified Semen Services, a 60-day quarantine is required, as is more intensive health testing. For semen being sold on the international market, additional requirements are imposed by individual countries.

ORIgen has clients all over the world, with most of its international customers living in Canada, Mexico, Brazil, Argentina, Australia, New Zealand and Russia.

Each of the residential barns is a separate zone of health testing, and great pains are taken to keep the whole facility biologically secure. Employees working with the bulls don hospital scrubs, rubber gloves and plastic booties, and the animals and their surroundings are frequently cleaned with disinfectants.

ORIgen had 22 employees as of mid-summer. A production team handles the semen collection and care of the bulls, while lab workers process the semen and freeze the carefully annotated plastic straws of semen in liquid nitrogen. Other employees do marketing and clerical work, with the rest involved in distribution. The frozen straws of semen are shipped in steel canisters via UPS. 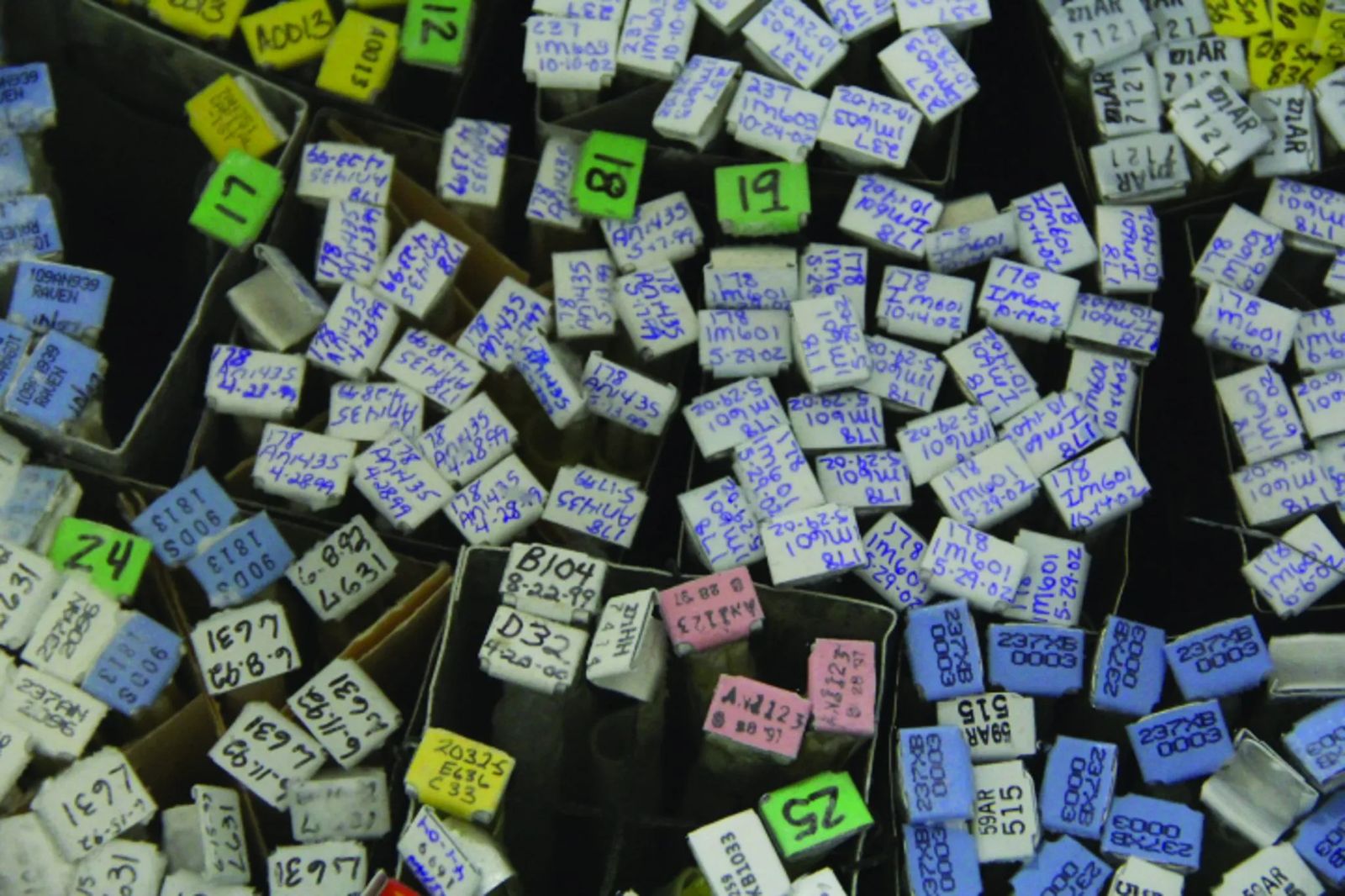 As for marketing, one of the biggest bonuses of going through ORIgen is being included in its annual sire directory, a thick, glossy catalog of prize breeders, 30,000 copies of which are mailed out once a year, with smaller updates sent out in the spring and fall.

That’s a big plus for smaller breeders like him, Venhuizen says, because there’s no way he’d have the time or the skills to produce a brochure anything like the one published by ORIgen. Venhuizen says the “overriding theme” of the company is embodied in the phrase that everyone at ORIgen repeats when they answer the phone: “How can I help you?”

Murnin says most bulls are still “turned out naturally” in the summer months, partly just to “let ’em go be bulls for a while” and partly because natural breeding can increase semen production. But a bull might produce only about 30 calves a year through natural breeding, or 150 to 200 calves over a lifetime.

By contrast, a single semen draw can produce 200 straws of semen, and each is enough to inseminate one cow. One of the top-selling bulls at ORIgen has produced more than 50,000 progeny in his six years.

“It’s a way to really use those genetics,” Murnin says.

So is the in vitro fertilization, which ORIgen expanded into three years ago.

“They’re in a rare position there,” Venhuizen says. “There aren’t many people who offer that kind of service.” After just three years, he says, he is using ORIgen’s IVF services as much as he does the company’s AI services. 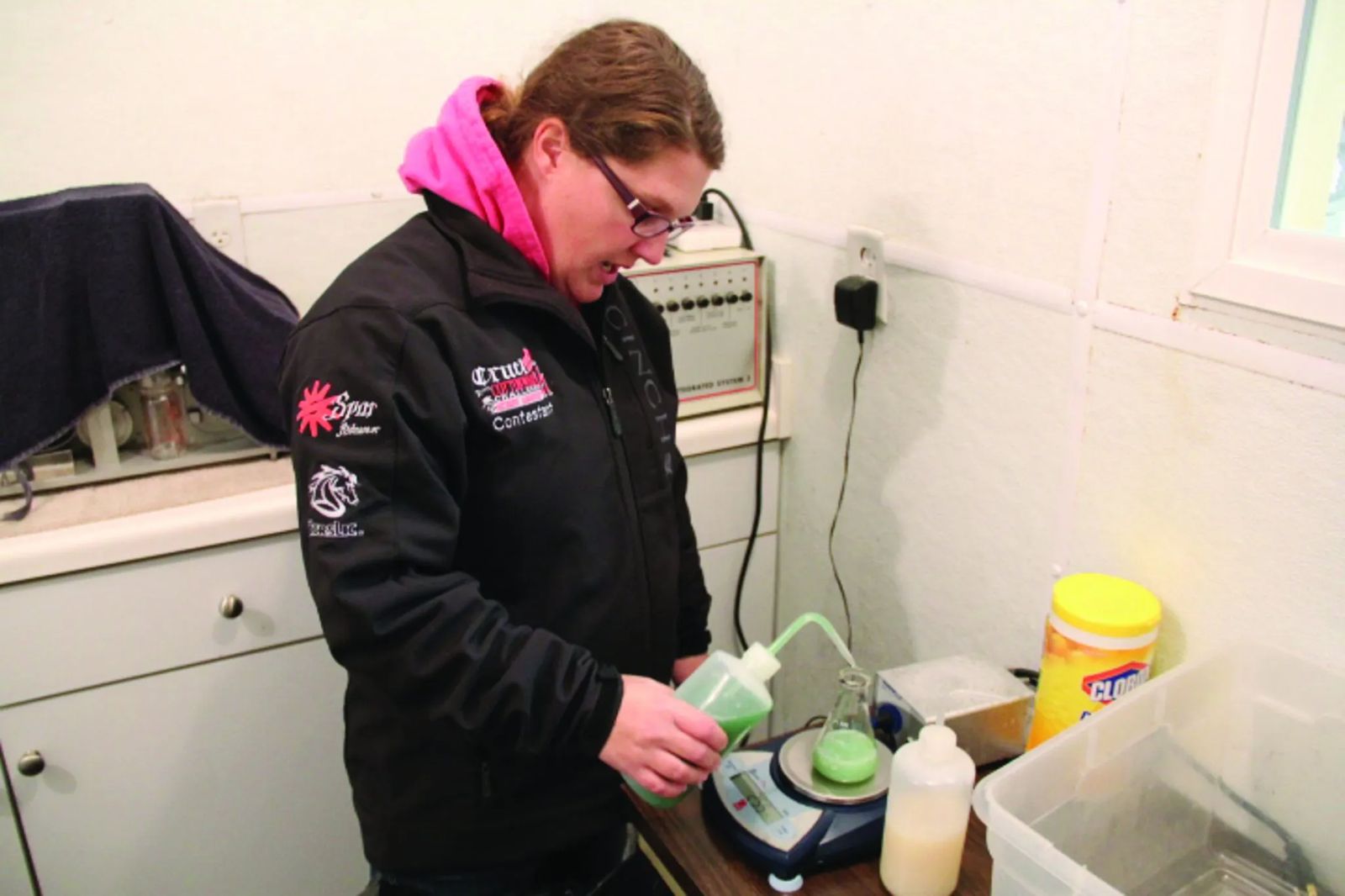 How it works, he says, is ORIgen will send technicians to a clinic in Manhattan, near his ranch. He’ll bring in his best cow or cows, from which technicians remove unfertilized egg cells. The cells, or oocytes, are preserved and taken back to the lab at ORIgen, where they are fertilized with bull semen in a petri dish. The resulting embryos are then implanted in his other cows, to ensure that the cows with the best genetics are sharing their traits with other cows in the herd.

ORIgen originally teamed up with In Vitro Brazil when it launched its IVF services, but in 2015 it formed a separate company that bought out In Vitro Brazil’s half of the business. Murnin says the lab in Texas was opened to deal with the “phenomenal” growth in both AI and IVF that ORIgen has been seeing in the past five years.

Eventually, Stevenson says, the company is going to have to open breeding facilities in other parts of the country. It’s not too much trouble for breeders in places like Nebraska or Missouri to ship their bulls to the ORIgen facility, he says, but for breeders in the Southeast or in California, it’s a long haul and acclimation can take some time once the bulls get here.

Those are nice problems to have, though, for a business whose prospects seemed pretty dim not that many years ago.

“It will continue to grow because our system works,” Stevenson says.