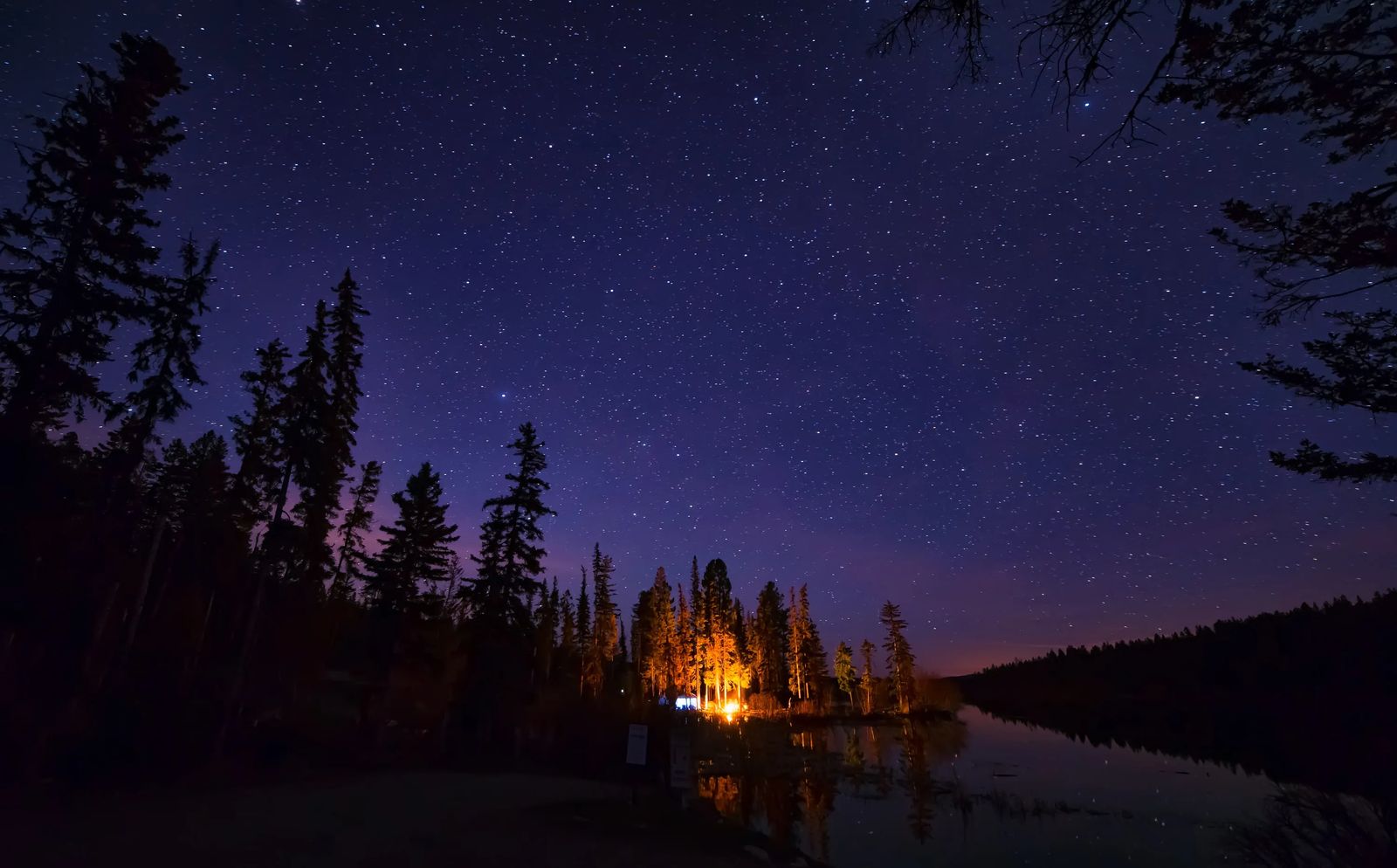 How a coyote howl taught me how to live courageously

On the first night I slept alone, not just in my bed, but with no one within miles of me, and cell service as rare as calorie-free ice cream, the coyotes decided to howl. And not just a little one and done kind of howl; they were apparently holding battle rounds in the wildlife version of “The Voice.” One would yip and yowl, the next would yip, yowl and dance around — bigger, louder, howling ever closer, so close I was scared to run for the car. Then they would get quiet. My heart would still and my fingers would release the blankets. Calm.

Yowl, yip and bark. The free-for-all was back on. There was a contest to win after all.

That night, I wanted to call my husband, my daughter, good grief, I’d even call my closest enemy for support, but I could not. I had made this decision and decided to be bold, to live in a cabin and commune with nature. I had to get through it for myself. I knew if I was with someone, sitting by a fire or on the porch under a blanket, that I would have reveled in the concert, and that was what I needed to do, revel. I just had to listen with the ears of a woman stronger than I felt at that moment.

I thought of my mom, raised by her grandparents on a ranch in South Dakota with no electricity, running water or time for fripperies. One of her early memories is as a 7-year-old, left alone in the house during calving season so she would not freeze or get in the way. The coyotes sang for her that night, and she cried out for her grandma to no avail. Eventually, she sat still, concentrated on the sound and made it into a game, by yowling back at them. If little tiny her could survive, so could I! I believe it was that night, that choice to be strong, that made her into one of the boldest women I know.

Having never traveled, Mom left the ranch right after graduation and went to floral school. Then she married, became a working mom in a place and time when that was really not a thing, and discovered the art of growing herself as she grew her family. She studied computer programming and could read computer cards with punches in them. Those of you under 50 years old have probably never seen one of those, but they were once as ubiquitous as Wi-Fi is now.

She provided care for invalids and worked as a police dispatcher when no one else wanted the job that needed done. When her marriage was in shambles, the economy a mess and her two youngest children needed a better life, she hitched her car to a U-Haul and dragged that trailer from South Dakota to Florida, through cities large and small with a 12-year-old for a navigator. Within a year, they did it again, moving to Phoenix, where she was such a stellar employee at Southwest Airlines that the company’s founder, Herb Keller, and his assistant, Colleen, became some of her dearest friends.

I’ve been thinking about these stories because recently Mom did another very bold thing. She made her own arrangements to move into assisted living. The boldness comes in the selflessness. From wanting what is best not just for herself, but others. Protecting those who need to be protected — in this case her four living children who did not know how to say, “it’s time.”

Every step of Mom’s life has been bold — the kind of bold that is never brash, never mean, never makes others cower, but instead makes others feel glad to know her. She was always someone looking outward to make your make your day brighter, the world better.

How do the rest of us live with a bit of bold? I can boil it down to three ways.

You have to know you are going to be OK. You would not be put in the situation if you cannot get through the situation, as they say. I knew the coyotes were not going to jump through the walls, just as you know that if you speak your truth, live your dream, the walls will not close in on you, but, instead, will tumble down to lay a path to your goal.

It might come from family, faceless strangers in a chat room, or like me when I was determined to master public speaking, two men, fellow Toastmasters International members, who stood beside me, each with a hand on my back to support me through my first speech. I still feel the warmth of their touch when I am about to go onto a stage, and I try to pass it on when I coach others to do the same. Find your supporters, and, more importantly, let them support you in being bold.

Being bold, whether with words or actions, can not be faked. It can’t be for the wrong reasons. To stand up and say, “No more,” or to take the path less traveled has to be more right for you than any other choice — especially the choices of silence or standing still. Live YOUR truth, and YOUR truth will make being bold easier than being timid.

Often, it is these three steps that are the hardest. Maybe you have lost your faith in yourself or your maker. You don’t know if you have the support, especially if you speak your truth. And that, my friend, is when the real act of boldness comes into play.

Sometimes when you need to be bold, it doesn’t matter who is by your side, or who you will bowl over. All that matters is that you cannot, for one more moment, risk not being bold. It’s then that you must open up that little package of courage you have been saving for just the right moment, step forward and claim your victory.

Being bold is seldom easy.