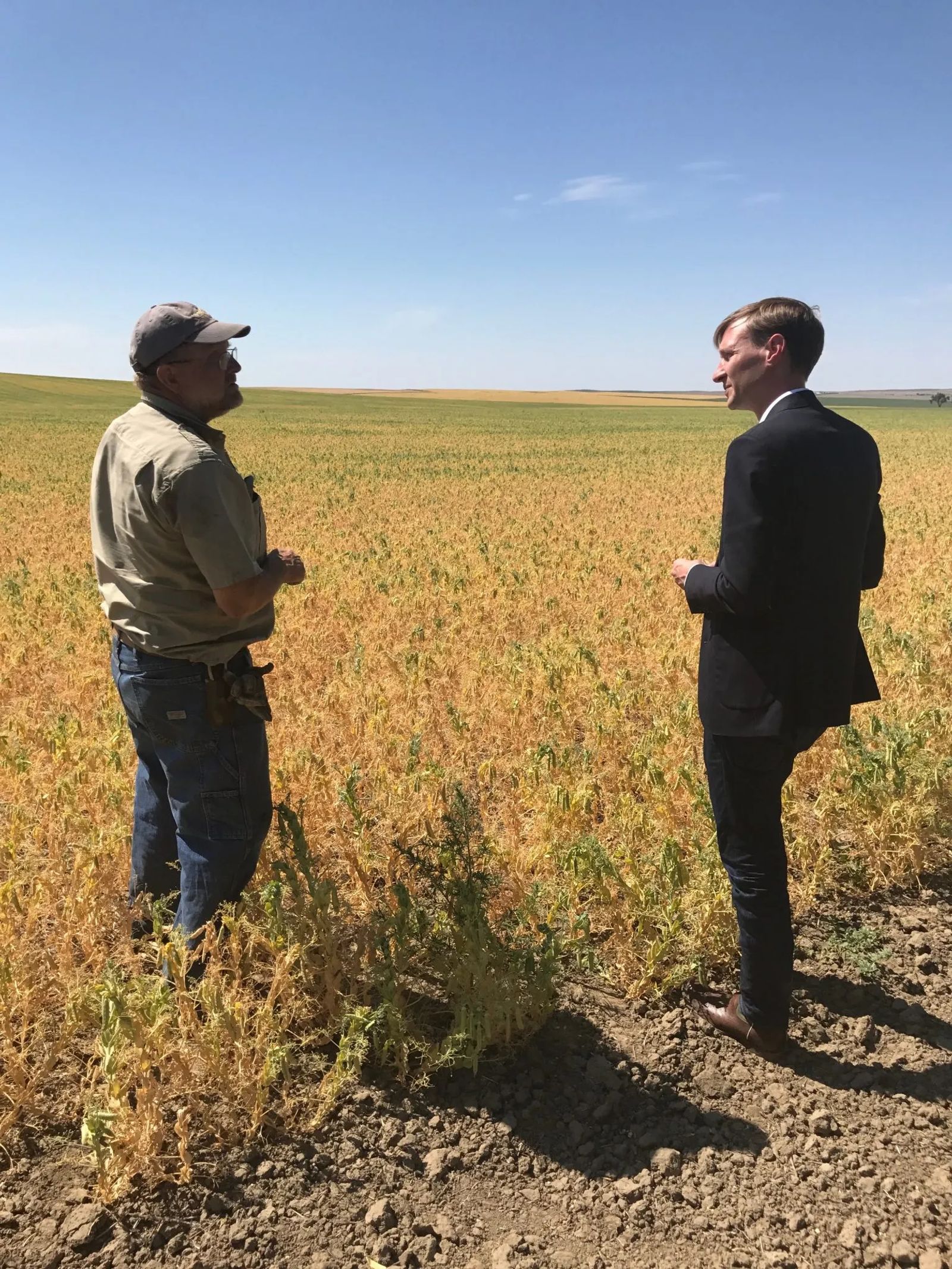 Montana Department of Agriculture Director celebrates a year at the helm

Montana and agriculture go hand in hand, which means taking the reins to assist producers in this multi-faceted industry is no small feat. Never swayed by a challenge, Ben Thomas stepped into the job a little more than a year ago as the newly appointed director of the Montana Department of Agriculture, serving Montana farmers, ranchers and related operations every day.

Growing up on a diversified farm in Texas where his family raised everything from sesame to peanuts, Thomas is keenly aware that a good agricultural season can change with a single weather event and that political wrangling can cause just as much trouble. Before taking this post, he served as the USDA’s deputy undersecretary for marketing and regulatory programs. He also had a hand in the development of the 2014 Farm Bill. Now, he focuses on how well that legislation works on the ground.

“I was told coming into this job that it was the best in the industry,” Thomas says. “It’s been fantastic.”

By no means does it mean Thomas’ first year has been easy. Not only have budgetary concerns been at the forefront, extreme drought hampered growth and devastating fires made headlines nationwide, destroying crops and pastureland.

“It was a major loss of production for wheat and pulses,” Thomas says, and he believes the long-term effects of the climatic events have yet to be fully realized. 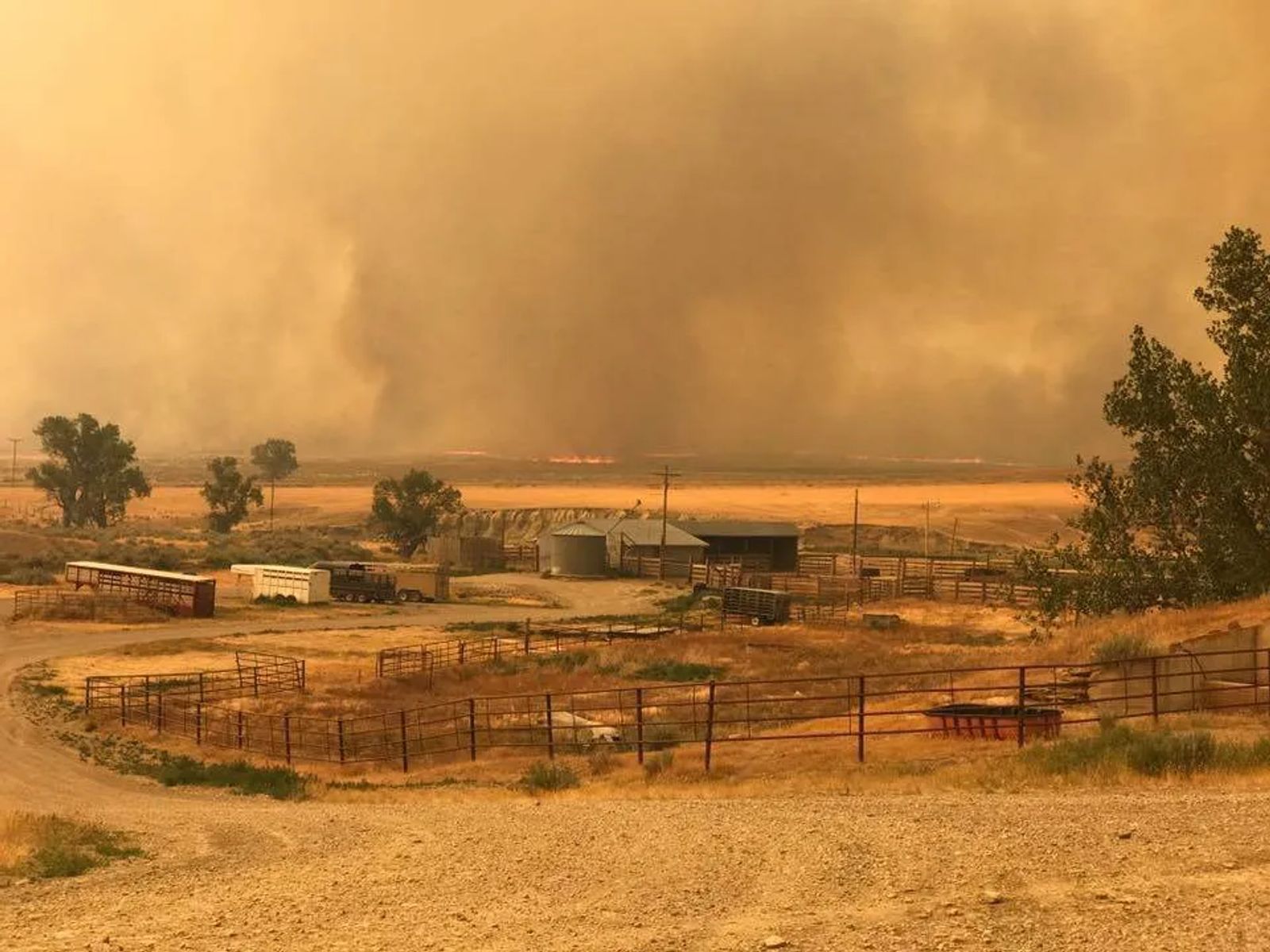 Last summer’s events, however, also showed that there was a tenacious and tight-knit community of ag-minded folks who quickly banded together. Thomas was impressed by the swift and generous response throughout Montana and the nation to provide feed and supplies to devastated operations.

He calls the community response a true success story.

“Seeing the way people came together was heart-warming,” he says. “Farmers are some of the most resilient people out there because they are at the whim of nature.” Even so, he says, the events underscored why it is critical to support producers on the legislative level. “That’s why those safety net programs are important,” he says.

Long before taking the position as Montana’s agricultural director, Thomas understood the importance of improving these support systems for worst-case scenarios. It was a stark reality this season. He notes reductions in crop insurance programs make him nervous since Mother Nature isn’t known to be kind. 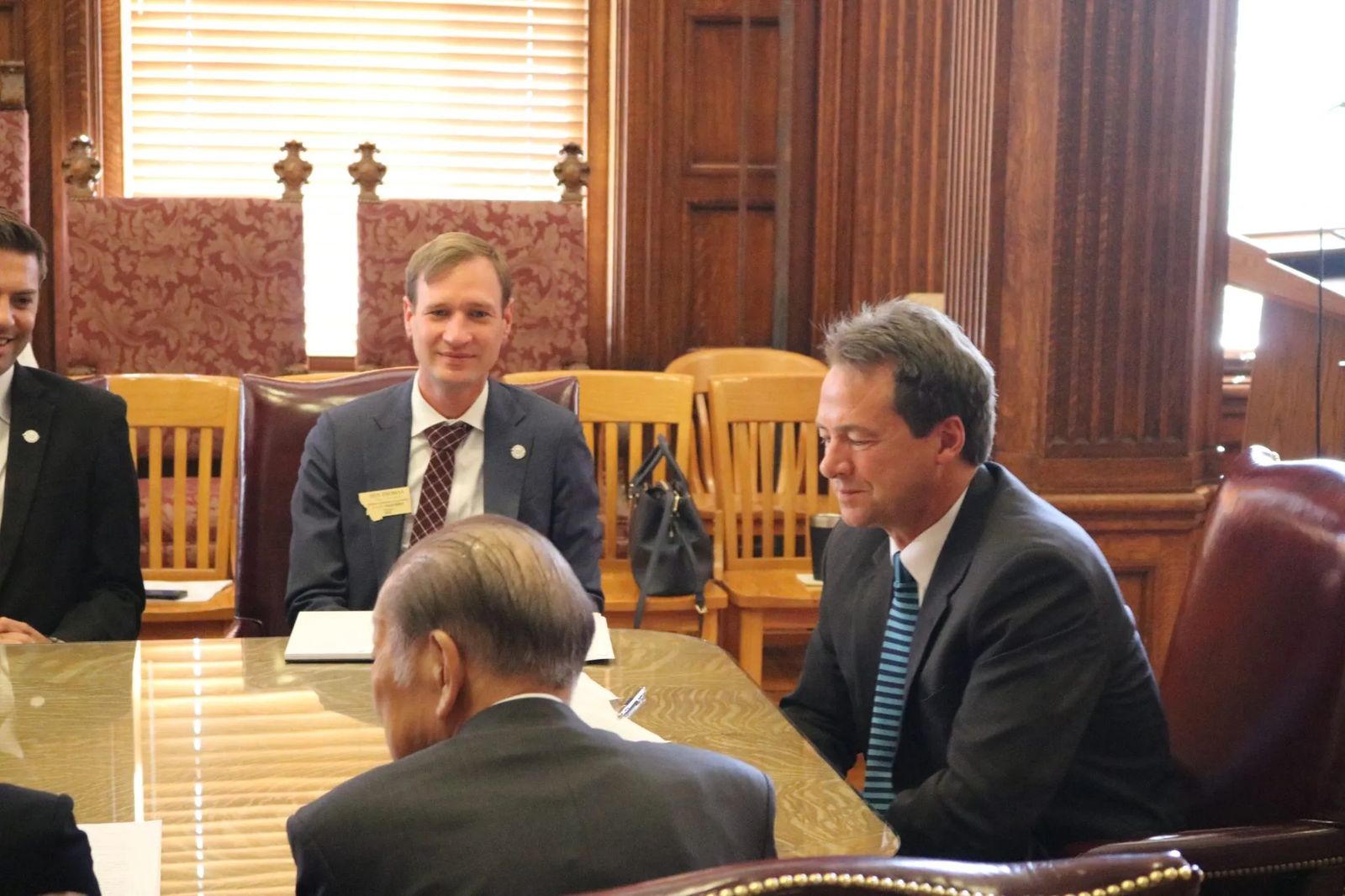 Funding the help farmers and ranchers need, not only for emergency situations but also for research that benefits producers and consumers, in the long run, is a significant challenge in the ag world. Thomas stepped into office mid-way through the last legislative session. He’s already preparing for the upcoming 2019 session when these discussions will undoubtedly take center stage. In his role as director, he appreciates being able to witness, at the ground level, the technological research used to make this ancient vocation more efficient and competitive on the world market. That’s why vying for research funding ranks among his top priorities.

“Agriculture is the number one industry in the state. We need to make an investment in that,” Thomas says. “We have so many success stories.”

One program that makes sense in Montana, yet is facing potential cuts, is Growth Through Agriculture. GTA provides grants and loans to the most innovative minds in Montanan agriculture, allowing them to expand their work beyond conventional systems.

Over the years, GTA assisted operations such as Kamut International, which is now a known entity on the world market, as well as farms focusing on pulse crops, hops and the expansion of vegetable producers. Meat-processing facilities, which are a well-known need throughout the industry, have also benefited, along with diverse crops and businesses closely tied to agriculture. From funds for cider processing in Missoula to the equipment needed to turn world-famous Flathead cherries into a healthy and very marketable juice, GTA fuels future agriculture.

Thomas says the state is poised to sort out the next round of GTA applications for this year’s funding, but with more applications than ever and less money to fund them, it requires painful choices. For Montana agriculture to grow, he says, we need to stand behind the producers who are willing to take the risks and do the work.

One of the shining successes over the past several years is the rise of pulse crops — lentils, dried beans, peas and chickpeas — which work to make Montana the number one pulse crop producer in the nation. Instead of allowing fields to be left fallow to recharge their nutrient levels, farmers have turned to pulse crops, improving the soil and earning cash from the off-season crops.

“The diversity is so exciting,” Thomas says.

While Thomas takes tremendous pride in the world-renowned quality of our best-known crops, he is equally proud to say, “Montana is no longer just the state of wheat, barley and beef.” With pulse crops, potatoes, honey and many more agricultural endeavors, Thomas knows Montana has many areas in which the state can shine.

“That quality is the foundation of the success of our industry. People pay a premium because of it,” he says.

Being one of the greatest agricultural producers in the world, however, isn’t enough to ensure worldwide success. Thomas strives to make larger gains on the trade front despite new obstacles with the changes in the Trans-Pacific Partnership (TPP) and proposed revisions, or complete withdrawal, from the North American Free Trade Agreement (NAFTA), which has been in place since 1994.

“We produce vastly more than we consume,” he says, which he says is why actively selling on the world market is crucial to the Montana economy.

Stepping away from these agreements could jeopardize some of the gains Montana has made in international trade. Thomas recently met with a Mexican brewer who formerly purchased all of his barley from Montana. Now the brewer is bolstering his supplies with European barley in order to ensure there is no loss of this key ingredient to his business.

“He’s just trying to protect himself if the rug gets pulled out from underneath him,” explains Thomas. “There are issues (in NAFTA) that can be addressed without throwing it out.” He adds, “We need to open the discussion about TPP,” noting other countries are moving ahead without us. Thomas says, “It’s bigger than us.”

With its exceptional quality paired with industrious, innovative producers, Montana’s agricultural future is bright. This past year Thomas has proven that, while the job most likely won’t be easy, there is good reason to believe he’s growing the right agricultural climate for the state’s producers.