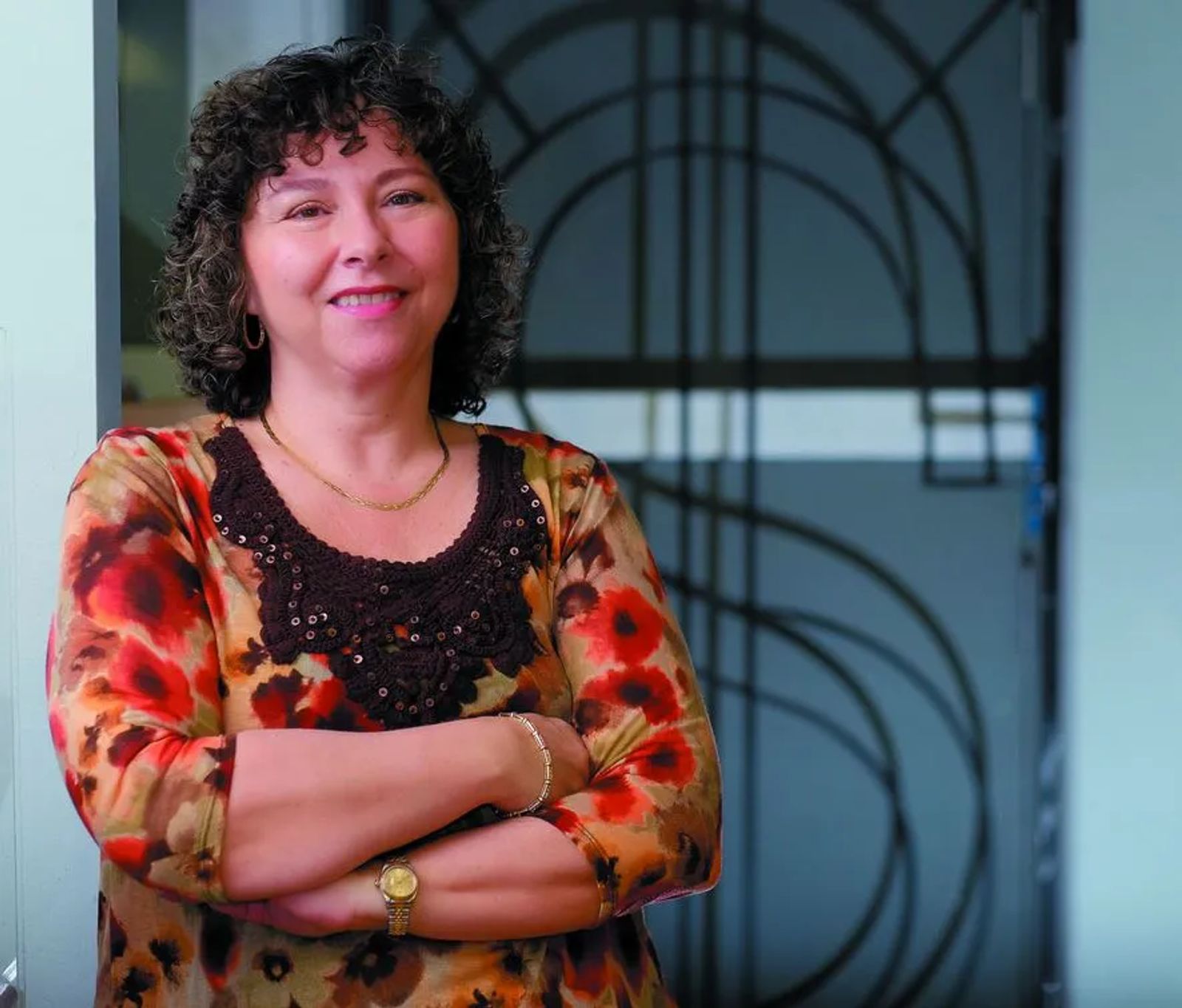 Anne Halvorson will be the first to tell you that she has ambition. She's not one to sit on the sidelines and wait for something good to come along. She’s a poster woman for grabbing the brass ring and she recognizes, in every aspect of life, that “perseverance is key.”

As we talk in her light-filled office at Ardie’s Coins and Jewelry on Grand Avenue recently, a business she owns with her husband Ardie, you can see her driven nature as she shares her story. “I paid for all my school,” she says. “I worked my way through college at Gonzaga University in Spokane (Washington) double majoring in psychology and philosophy.” She didn’t stop there.  She later earned an accounting degree from MSU-Billings as well.

Every step of her professional growth has been worth its weight in gold for the company business.

“I love my life,” she says, leaning slightly with hands emphatically clasped over her heart. “I have a great husband, great kids. I love owning our business. I like that we can create it. It’s our baby, our project, our accomplishment. I have a huge interest in watching this baby grow.”

Ardie's Coins and Jewelry is a business that the couple conceived and has nurtured for more than two decades. “Ardie started collecting coins when he was young,” explains Anne, just as Ardie pops into the office.

“I was always a collector,” he adds, without missing a beat. “When my brother died in February 1993, I bought this huge collection and my wife asked me, ‘What are you going to do with this?’ I did a gun show. I took this pickup load of coins to the gun show. I took a chance.” 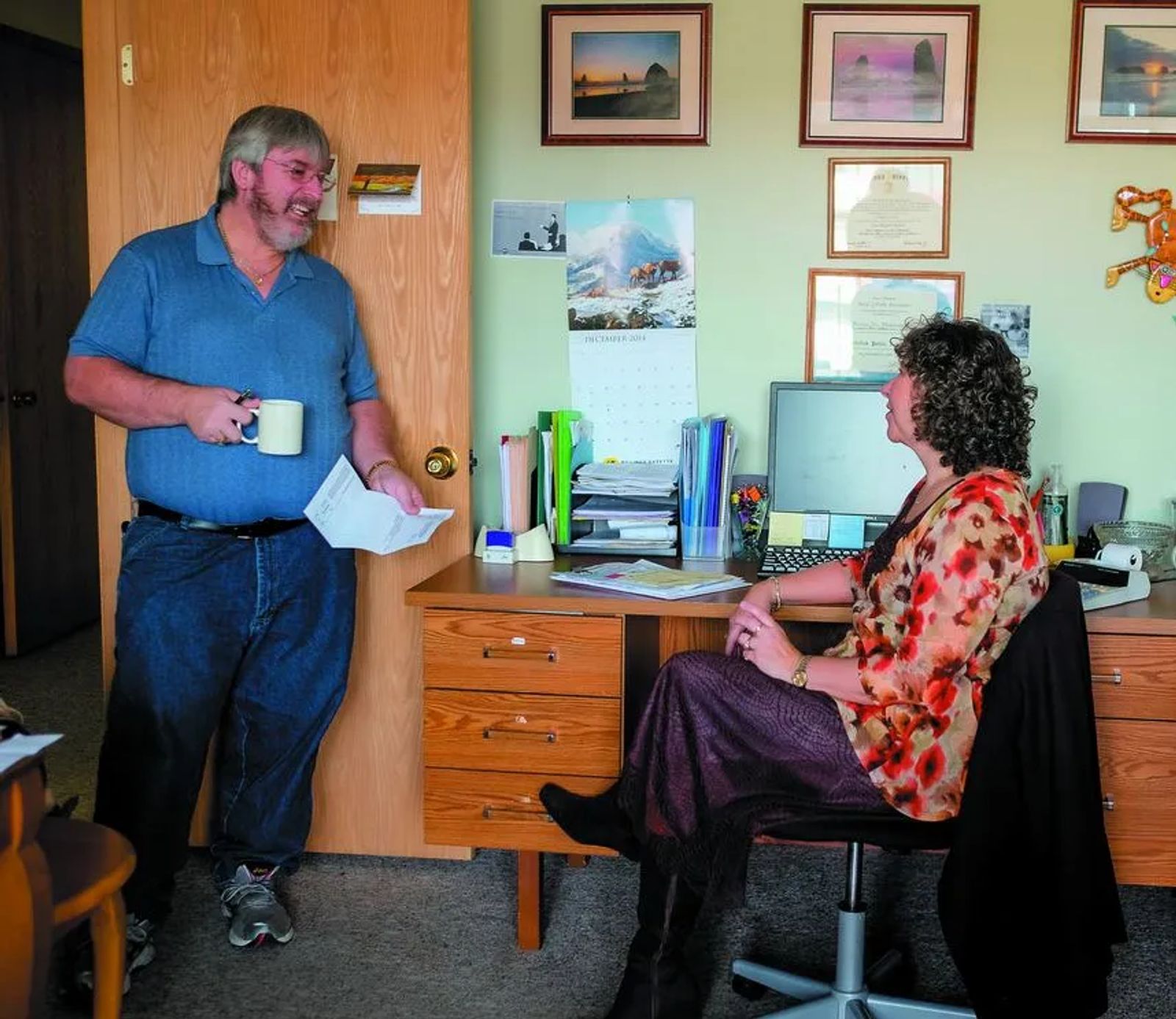 This chance cost the couple $10,000 of their hard-earned wages. It was a risk worth taking, one which turned into a prosperous opportunity. With Anne working as office manager for two psychologists and Ardie working a full-time job, the couple had always been smart with their finances. They paid cash for their home and as Ardie reflects, "We had no bills." Anne agrees saying, "We had the money to start the business.” They’ve never looked back. The couple took their coin collection on the road and over time watched their business grow, eventually renting space at a local pawn shop to showcase their coins.

After Ardie started advertising, the business took off. Anne strongly identified with all that enthusiasm her husband possessed as a numismatic (collector of coins) and the hours he’d put in pursuing it. His strengths made a perfect match for her talents and skills. As the business grew, Ardie put a bug in Anne's ear about helping to organize the company and keep its books in order. Before long, Anne was enrolled at then Eastern Montana College with her sights set on an accounting degree.

“It took me seven years to get my CPA certificate,” she acknowledges.  In the late ‘90s, according to Anne, you were required to test on all four sections of the CPA test. “I passed all four sections in one shot,” she confirms. “That’s determination. I was fried.” Just the previous year, she had given birth to their first son. “Perseverance is key,” nods Anne with a smile.

It goes without saying that working full time, pursuing a degree and juggling a newborn kept Anne busy. She knew there was one extra detail though that had to be taken care of soon. The time had arrived for her to reorganize the playing field for the Halvorson home.

“Ardie was working full time, too, and doing the coin business,” shares Anne. “I told Ardie, ‘You need to pick and focus on one thing, buddy.’”

Before long, Ardie's Coins opened at its Grand Avenue location. That was 17 years ago. With Ardie's extensive knowledge of coins and Anne's organizational skills, it's become one of the state’s largest and busiest precious metal dealers and has evolved into Ardie’s Coins and Jewelry.

“Ardie seriously knows his coins,” offers Anne, as she gazes up to a picture (circa 1997) that had been taken in this very office. It shows Anne’s husband side-by-side with her father. “My dad was Ardie’s first employee.”

Business growth called for more employees over the years and Anne found she needed to delegate some of the work she’d set up, including the taxes and payroll. “It was hard to let go of it,” she says. “It was a control thing, but I’m glad I did. That’s when the business really took off.” Anne and Ardie’s “baby” was growing strong.

“We’re a good team,” exclaims Anne. “We’ve survived financial losses. We’ve made sacrifices with the nights Ardie has worked or me up at night working on books after running kids all day.” Ardie chimes in saying, “We have had our ups and downs in this business, but you do what you know.”  Ann laughs and says, “This business has been a gradual thing. You succeed in life when you don’t grab too much, too soon.” Anne and Ardie live by these words of wisdom. They still reside in the same house they bought with cash before sons Sean and Erik were born. They’re both content and happy where they’re at in life. 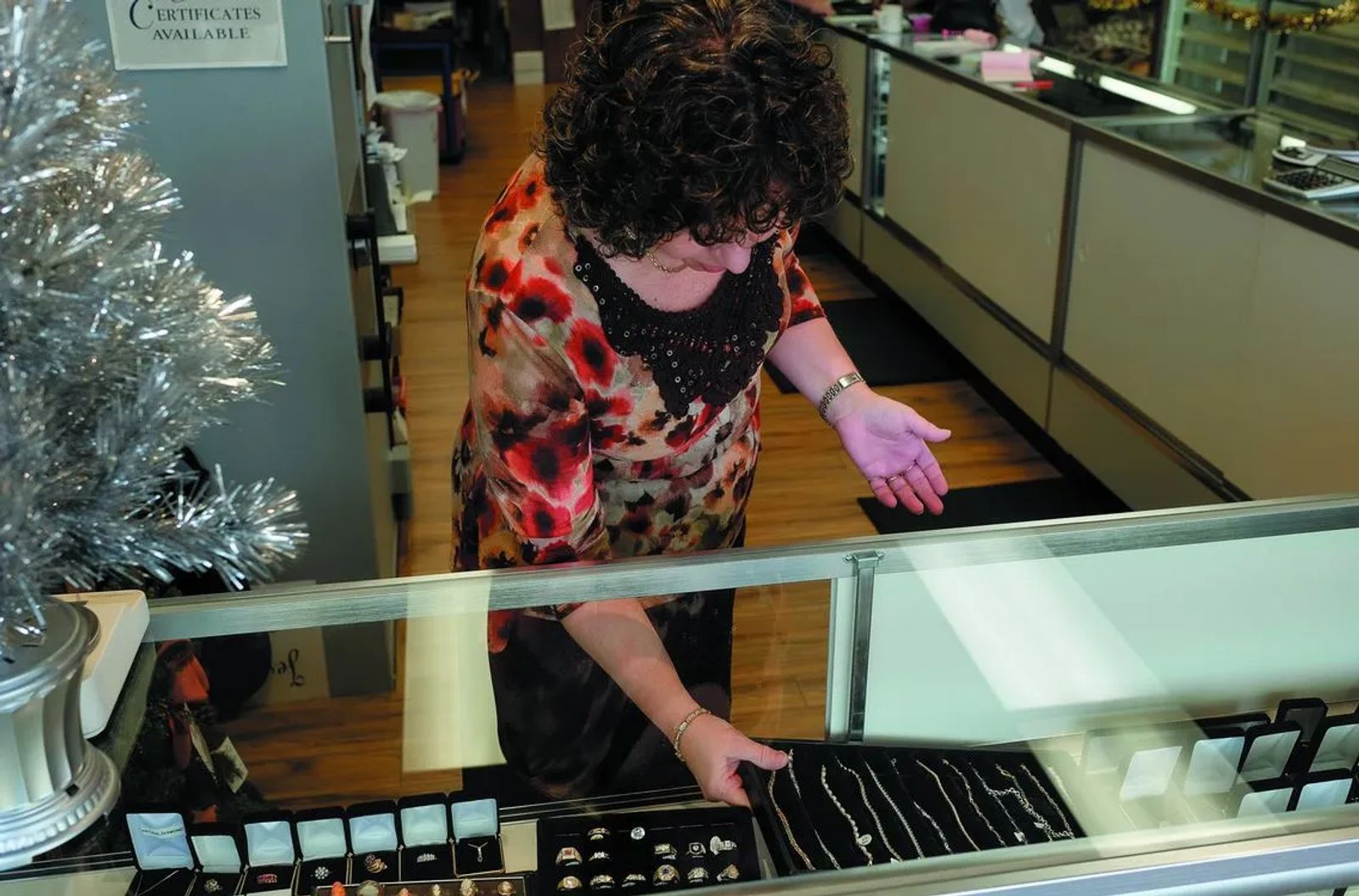 That doesn't mean that Anne hasn't witnessed her share of struggles. Within the last two years, this vivacious 53-year-old Billings native discovered she'd be in the fight of her life facing a HER2-positive and estrogen-positive, fast spreading type of breast cancer.

“The entire world just stops,” expresses Anne, referring to when she received the dreaded phone call from her doctor.  She gives a vivid description of that exact life-changing moment. “I remember this beautiful fall day on my patio drinking a glass of chardonnay. The kids were out with me and I remember seeing the leaves fall, but, I couldn’t see a thing.”

The cancer challenged her spirit with the inevitable chemotherapy and radiation treatments. She lost her hair, which her husband Ardie affectionately mentions used to be red. It’s since come back beautifully in bouncy dark curls, matching her vibrant brown eyes. She didn’t give it up willingly, mind you. “I let that damn cancer take it!” she animatedly, yet softly, voices as a light mist appears in her eyes. “It went down the drain in the shower.”

When things seemed grim, she recalls telling her sons her Mack truck theory.  “It’s how you get in the car every day and trust that no one is going to hit you. You can’t worry about it. All worry and stress does is just make everything worse. I told my kids that this is a medical condition, not a death sentence. I’d be more likely to die getting hit by a Mack truck than from breast cancer.”

Wisdom and humor defines a lively conversation with Anne. During life’s toughest moments, she presses onward with her ever-ready attitude of embracing life and living it to the fullest. It all traces back to Anne’s life perspective that perseverance is key. Know your strengths, pursue your passion and, “Find a niche and fill it,” Anne simply states. And, on a personal level, she wisely stresses, “Never underestimate the value of the years you have left.”

Anne’s brown eyes twinkle for an instant as a contemplative look crosses her fine features. She’s not sitting still waiting for something to happen, she’s organizing her next step in life as she fulfills her day-to-day responsibilities.

“Now I’m thinking of starting guitar,” Anne says with delight. She plays bass clarinet already, so why not? Knowing that each and every day is precious, true ambition never sounded so sweet.