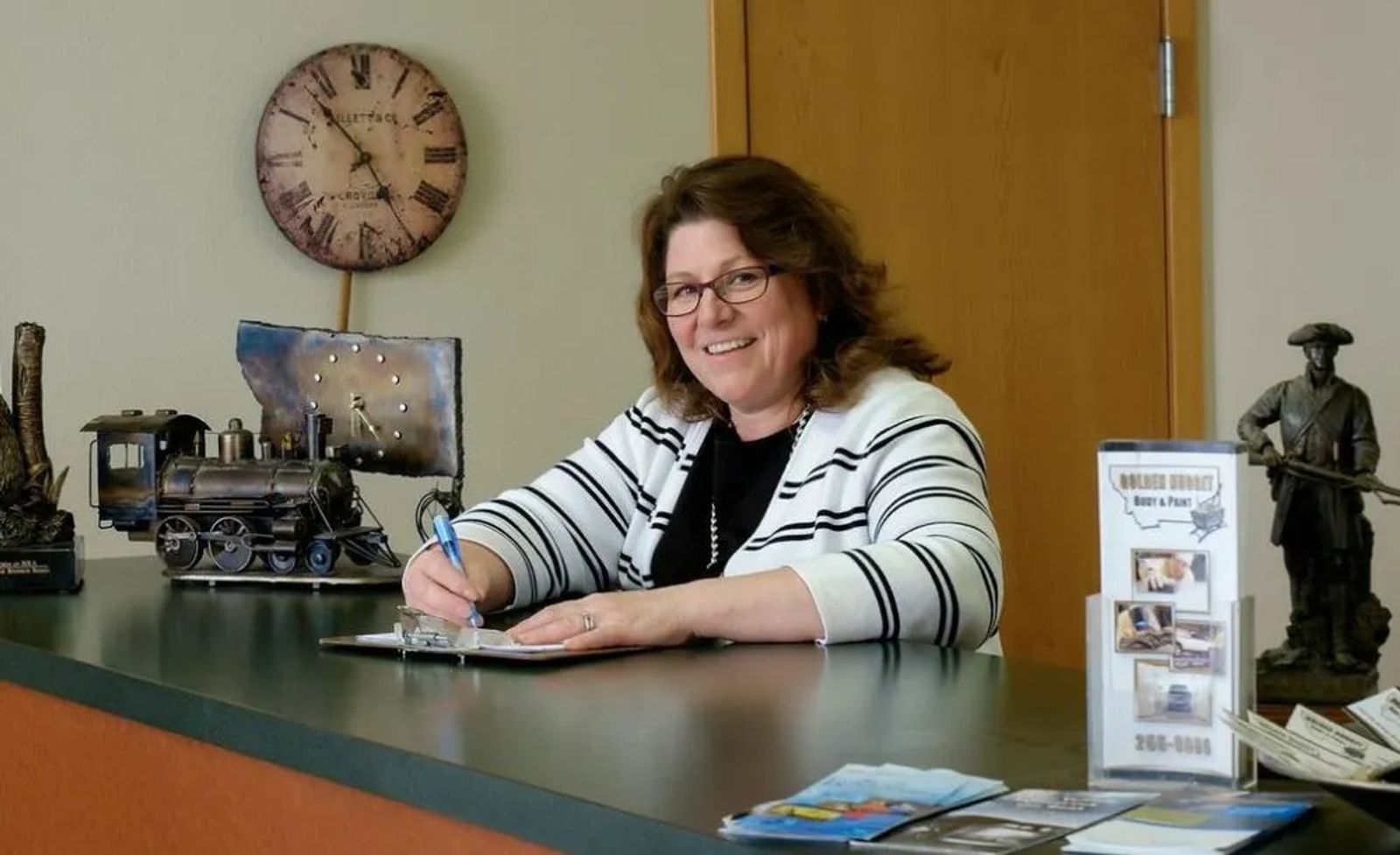 One Woman’s (Ad)Venture in the Body Shop Repair Business

Jacque Ayers never grew up thinking she’d be the first woman in Montana to own an auto body shop in her own right. In 1992, lots of Montana women owned auto body shops with their husbands, but before Jacque staked her claim as owner of Golden Nugget Body and Paint, no woman had gone it alone.

Twenty-five years ago, body shop repair was a decidedly male domain. Over the course of two plus decades, Jacque (pronounced “Jackie”) hasn’t backed down. As she puts it, “I don’t do ‘no’ well.”

Jacque studied chemistry in college. After graduating, she took an oil company job. When the 1980s oil boom collapsed, she turned her attention to accounting, with the goal of becoming a CPA. She has a knack for numbers and took an interim job working for Golden Nugget Body and Paint (GNBP) to pay school expenses. Shortly after her hire, Billings experienced horrendous hail storms and cars all over the city were damaged.

“I missed the CPA exam that summer!” Jacque laughs. “I was too busy doing what needed to be done!”

One night Jacque’s boss asked her what she wanted to do in five years. He must have liked what he heard. He offered to sell Jacque his GNBP business on favorable terms. The deal included seller financing. 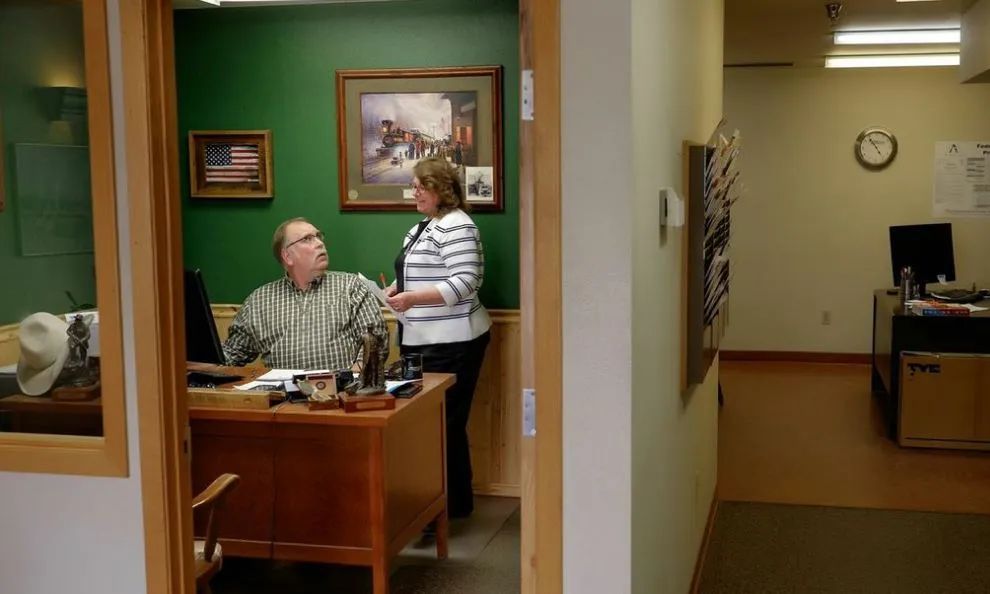 Who’s the Man in Charge?

It’s a good thing Jacque’s boss had enough confidence in her ability to finance the sale. It’s doubtful she could have found traditional financing. Two years after buying GNBP, she needed a capital improvement loan for new equipment. Her bank refused a loan request, even though business revenues were solid and her credit scores excellent, unless her parents would co-sign the note. A few years later, Jacque returned to the bank for a second loan. The conversation is vivid in Jacque’s memory.

“Have your dad come down and visit me.”

“I’ve owned this business nearly five years. All my bills have been paid. My business has grown. Why do you need my dad?”

Jacque paid the second note (written in her name only) and found another bank.

The gender bias didn’t stop there. One day, more recently than we’d care to believe, a sales representative entered GNBP. “I need to talk to the man in charge,” he said to Jacque, who was working in the front reception area.

“I can help you,” Jacque replied.

“Sweetheart, you wouldn’t understand,” he said as he walked past her to the office of the first man he could find. Jacque overheard the conversation.

“You’ll have to talk to the boss.”

“The woman who greeted you.”

The sales man turned around and headed for the door. Once again, he walked right past Jacque.  “I am so screwed” were his last words. Jacque shrugs off the incident with a knowing grin on her face.

Not If but Where

Jacque’s father was a State Farm Insurance adjuster. Her mom taught school before becoming a stay-at-home mom. They had high expectations for their three girls.

“It wasn’t a question of if we’d go to college, it was a question of where we’d go,” Jacque says. “They had a strong work ethic. They expected the same from us.”

Jacque’s mother left teaching during her first pregnancy. “Back in those days, women had to leave the workforce when they got pregnant. I think that’s why Mom told us, ‘There’s nothing you can’t do.’”

Jacque learned two essential business survival skills from her parents. Her mother believed obstacles could be overcome by finding another route. Her father urged kindness and competence over fierce competition.

When Jacque purchased GNBP, she sensed her parents were disappointed. “I think they thought I was going backwards and not forward, but they stood behind me. They’ve supported me at every turn.” 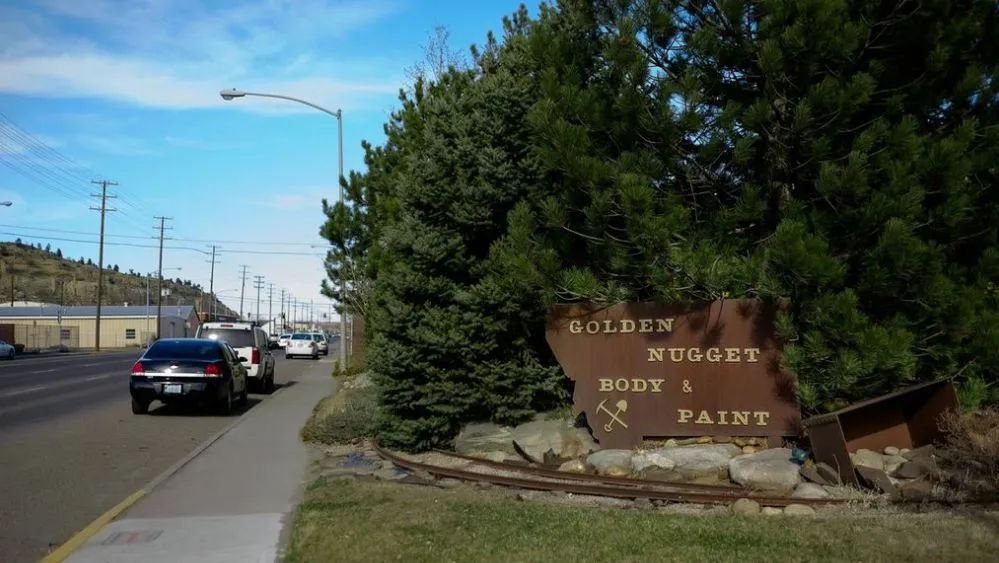 By 1998, Jacque’s business had outgrown its original location in a former livery barn near the stockyards. The paint shed was a tin contraption cobbled together with several other buildings. Electrical issues impeded work regularly.

“It had to go!” Jacque says. She had her eye on a one-half city block on 4th Avenue North. She thinks the ochre colored steel building structure at her new location still has the nicest landscaping of any body shop in Billings. It was professionally designed and planted with pine trees and hardy shrubs. To complete the streetscape, Jacque’s husband, Mike, welded a whimsical railroad ore car on its way into a miniature mining shaft. A pickaxe and a shovel adorn the signage.

The GNBP reception area doesn’t reek of oil and paint fumes. A comfortable couch and an over-stuffed chair make waiting easy. A UM Grizzly bronze sits atop an oval coffee table. There are no fingerprints on the glass table top. The magazines are varied and current. Cold bottled water is offered in place of stale, burned coffee.

Jacque’s touch is also evident in the shop. “I think I can see colors better than some men. I’ve caught paint lines and color mismatches that they don’t see. Details are important to me.”

Jacque recognizes the busy lives we lead. “I want my customers to make only one call after they’ve contacted their insurance company. I will take it from there. My goal is to have a clean, repaired car ready on time with a minimal amount of effort on the customer’s part.”

And for those few times when things don’t go as planned, Jacque walks her customers through the unexpected delays and other complications. 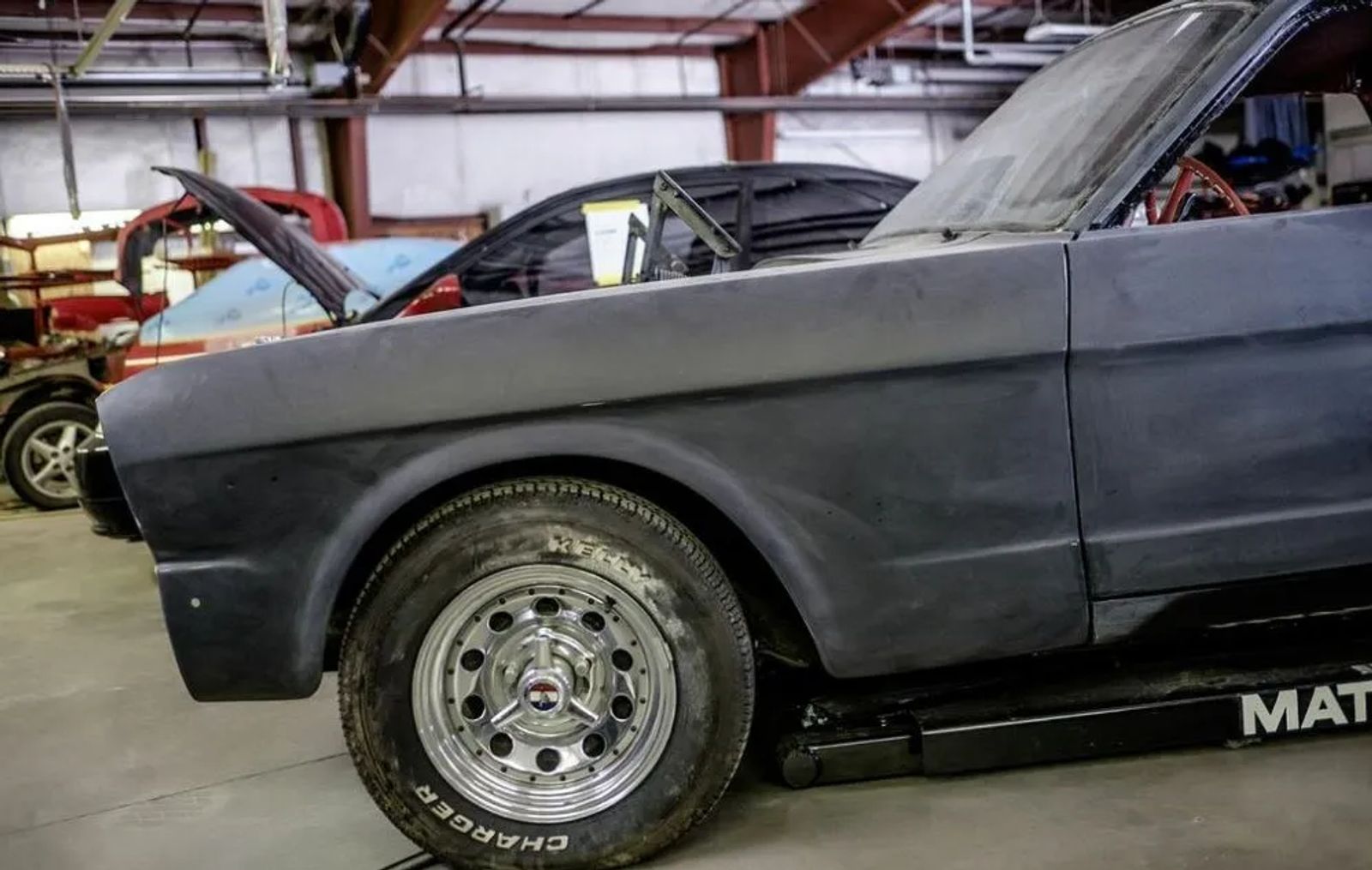 When Jacque purchased GNBP, she and Mike didn’t think they’d have children. It had been six years and no babies. Within a year of purchase, baby Guinevere surprised them.  A few years later, baby Genevieve came along.  Both babies were with Jacque at GNBP during the work week.  As the girls have grown, they’ve learned telephone etiquette from Jacque and how to speak car talk from the technicians.

Mike joined the business in 2006. He enjoys the flexibility that allows him to have more involvement in their daughters’ lives.   Jacque values his perspective on business issues that come up.  An affable pair, Jacque and Mike find a way to make it work on a 24 hour basis.  They laugh about Jacque’s cousin who always asks, “You two still married?”

Jacque contemplates the lives her young girls have in front of them as her eldest moves closer to college graduation.

“A meaningful life is comprised of many things,” Jacque reflected.  “I have my children, my husband, my business and my friends.  It isn’t the life I thought I’d have, but it’s a good one.”