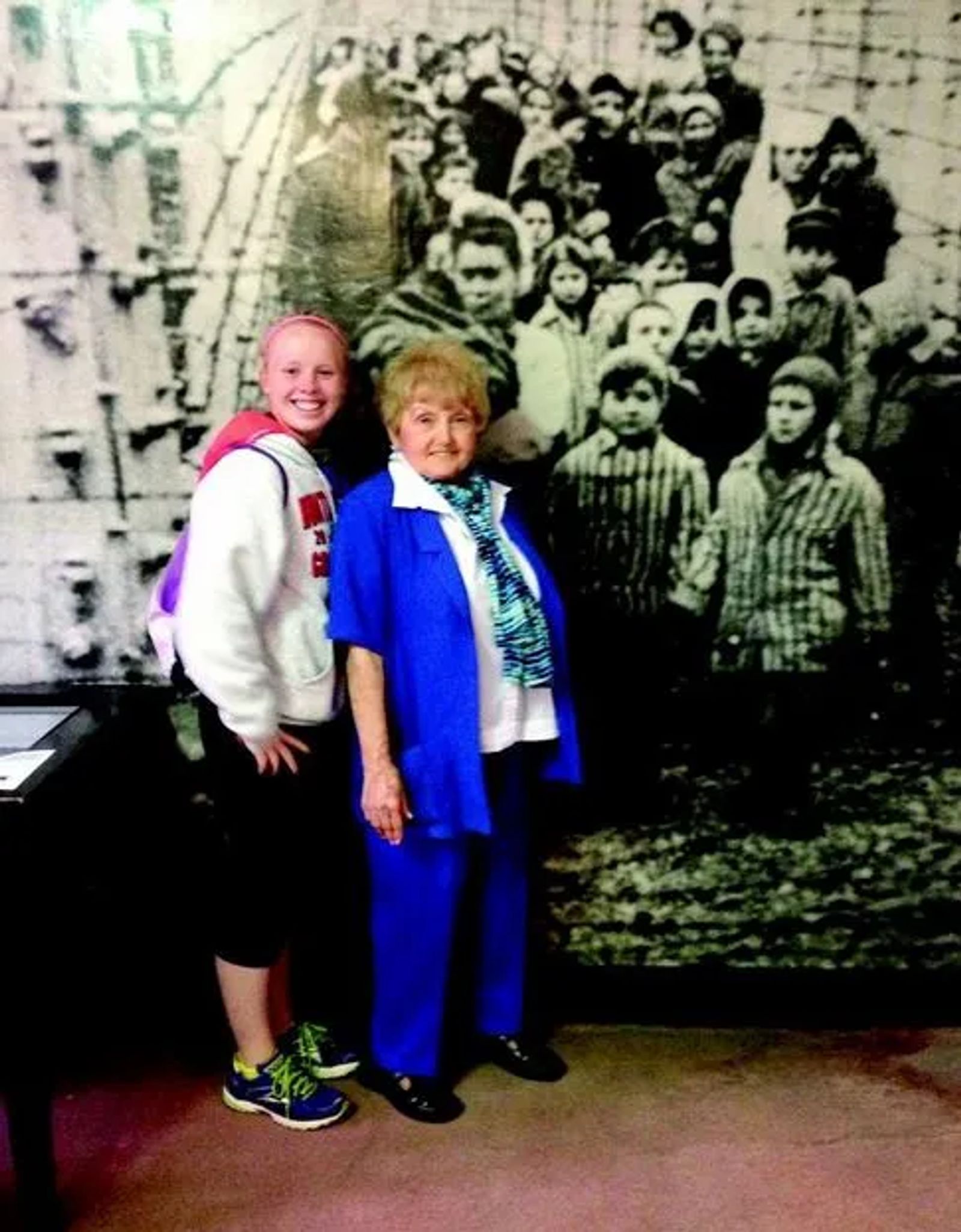 Following in the Footsteps of a Holocaust Survivor

Editor's Note: When Hanna Walter emailed YVW asking to write an essay on her trip of a lifetime with Holocaust survivor Eva Kor, we knew we had stumbled upon a special young woman with a tender heart. We were honored to be able to share her story.

Oh, the coveted sweet sixteen. The day every girl dreams, hopes, and wishes for. As this special day in my own life approached, what was I going to do? Opportunities were coming at me left and right: concerts, New York City, Paris, a scuba diving trip. Turns out none of these things would top my list. This is where my story begins.

In March of this year, a woman named Eva Kor spoke at one of the local high schools and I had the privilege to be among the large crowd. I was captivated as she told her survival story as a young girl living in the labor and death camps during the Holocaust. She enlightened the crowd with her message of love, peace, and forgiveness. After hearing her incredible story, I knew exactly what I wanted to do for my 16th birthday. Without hesitation, I decided I was going to Krakow, Poland.

Who would want to go to Poland to commemorate their sixteenth birthday? When it comes to the questions, I heard them all. “Does Poland even exist anymore?” “Do they have running water?” Regardless, I knew this is where I wanted to go. My gift was receiving a lesson on the Holocaust directly from one of its survivors.

June 19th came and as I touched down in Krakow, everything I had dreamed about started to unfold before my eyes. Surprisingly, Krakow isn’t the small village I was imagining.  It's the second largest city in Poland. The people are incredibly helpful and the city is full of life. The first couple of days were low key and devoted to meeting new people while experiencing European life. On our third day, we headed to Berkanau, a five hundred acre labor camp, to start what would be an emotional journey. We stood on the selection platform with Eva. It's the site where she last saw her mother and where her mother heard her helpless cries as a ten-year-old girl. We walked through barracks where dozens of people were packed into deplorable conditions. We saw toilets that were nothing but small holes in the ground. We envisioned life turning into death. As I walked through this awful place, I could feel an overwhelming sense of terror. Innocent people had been trapped here in this hell on earth. 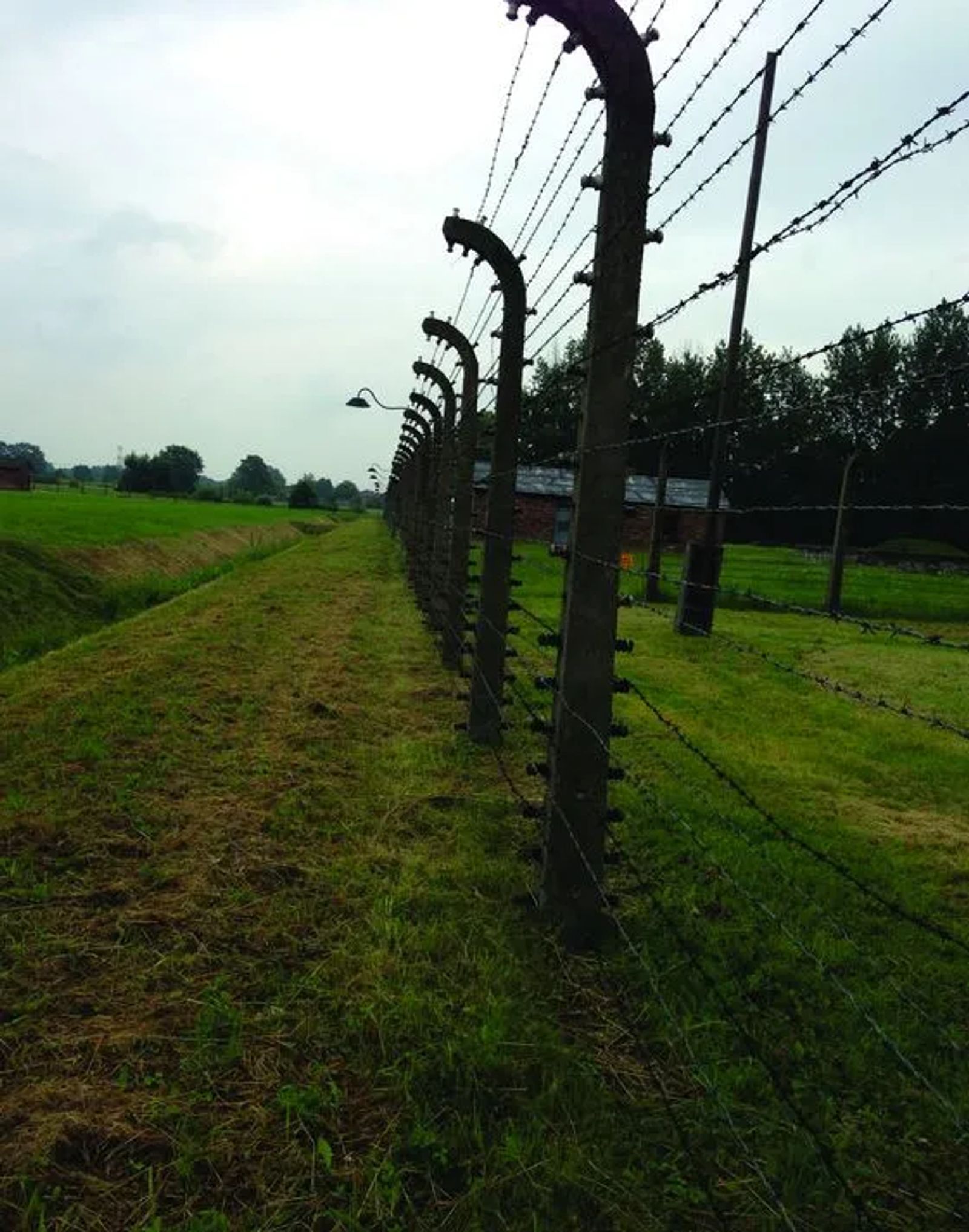 The next leg of our journey was the death camp at Auschwitz. Walking through this camp, it was difficult for me to wrap my head around what happened here. Everything seemed too perfect. Large brick buildings and green grass made it seem like a happy and peaceful place. Eva made us very aware of the fact that there was no green grass during the time she was there. Grass could not grow in a place that was full of death. We got the chance to walk through buildings that even tour guides hadn’t been through yet. We headed through a special prison and a lab where Eva and her twin sister were medically experimented on at the fragile age of ten.

“They tried to kill me, but I triumphed,” Eva told us. The most mortifying aspect of this trip was walking through the small and deadly gas chamber. It created a sense of panic in me because I knew so many people had lost their lives there. As people walked out, tears began to stream down their faces. My own vision was blurred by tears. It was a scary place, but unlike countless holocaust victims, we were able to walk out.

Throughout this journey Eva personally narrated her story from the day of her arrival to the day she was liberated. She discussed how, upon her arrival to Berkanau, she stumbled across three dead children lying cold on the bathroom floor. From that moment on, Eva vowed that she and her twin sister, Miriam, were not going to be two more dead bodies. They were going to do everything in their power to make it out alive. They received one spoonful of milk and five hundred calories worth of food per day. Eva knew this was not enough to survive the hours of work and exhaustion they were put through daily, so she volunteered in the kitchen. While working in the kitchen, Eva managed to steal potatoes for her and her sister just so they would make it through brutal days after brutal days. Eva and Miriam, along with countless others, were forced to march close to two miles to Auschwitz three times a week. That's where German SS Officer and Physician Dr. Josef Mengele used them as "human guinea pigs" for medical experiments. He injected them with poisonous solutions that left them very ill.  Day after day, Eva struggled through this hell.

On January 27, 1945 Eva and Miriam's freedom came when the Soviet Army liberated the prisoners with not only welcome hugs but chocolate. The hugs from her family were missing. They were long since deceased.

Along this journey, I began to see things in a new light. Listening to Eva's words was enough to change anybody's life. Despite her heart-wrenching past, Eva showed us the true meaning of love, forgiveness and courage. She taught us to keep on fighting even when we think we can't. Nothing can be compared to the obstacles Eva conquered when she beat “The Angel of Death” and survived more than a year of torture, starvation, and experimentation at the hands of Nazi soldiers and doctors. 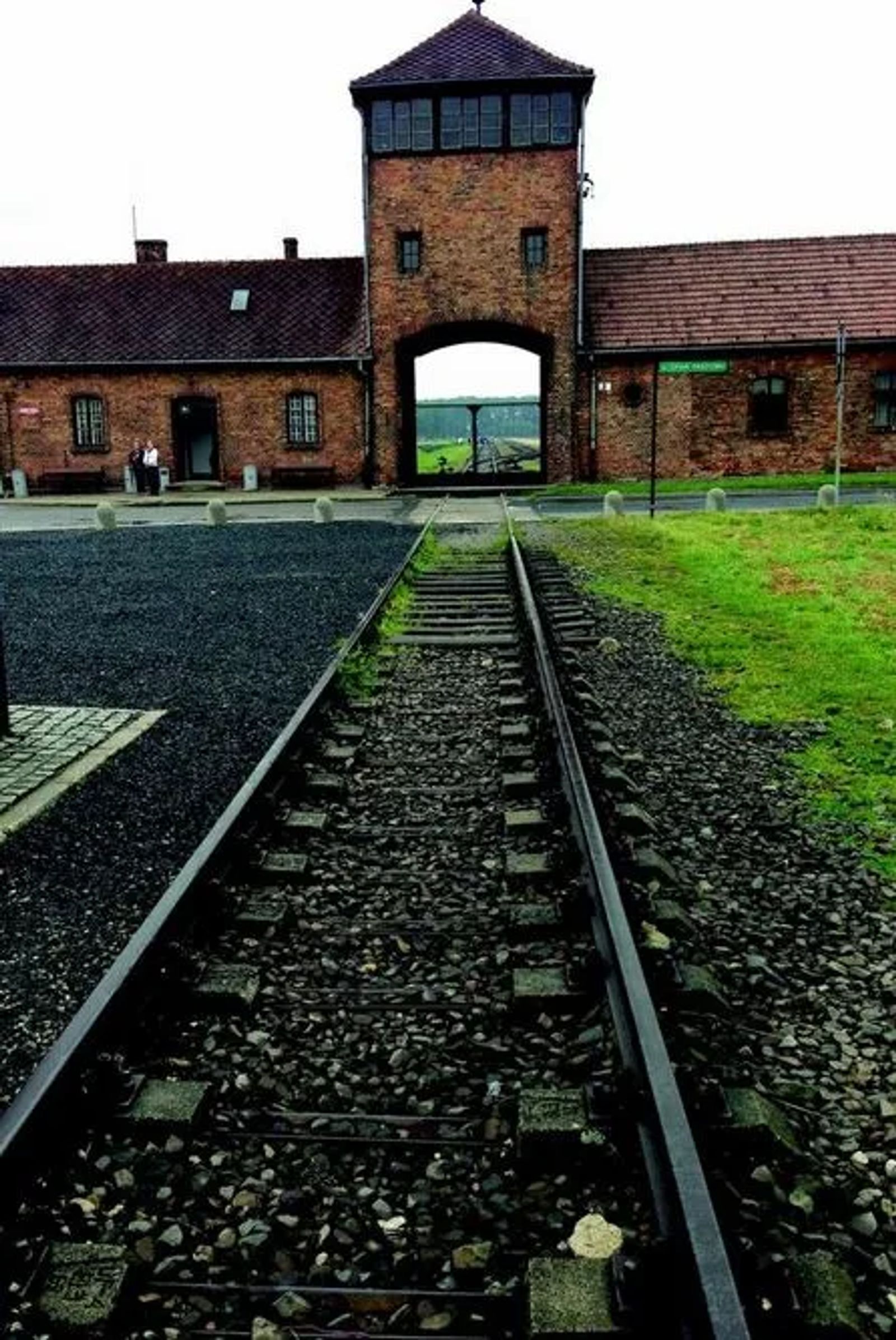 Despite the terrible history here, there were signs of hope in a seemingly hopeless place. Here, I noticed a small flower blossoming and heard the sound of a single bird chirping. As Eva Kor shared her story, she was like a ray of light in the death camp's darkness. We were fortunate enough to walk behind Eva as she reenacted her walk to liberation that she had made sixty-eight years ago. Her smile radiated happiness. As I reminisce on all the choices I had for my birthday, this was absolutely the trip of a lifetime. Instead of lighting candles on my 16th birthday cake, the CANDLES Holocaust Museum (which stands for Children of Auschwitz Nazi Deadly Lab Experiments Survivors) made this tour possible.

Boarding the plane back home, I knew my gift was simply time spent with this woman with an incredible heart. Eva Kor is not just a Holocaust survivor, she's a woman who laughs in the midst of her trauma. She's a woman that sings and bangs her silverware on the dinner table. Just as she forgave Dr. Mengele, she taught me how to unwrap the gift of forgiveness. As I entered into my 16th year, I knew Eva Kor would forever hold a place in my heart.