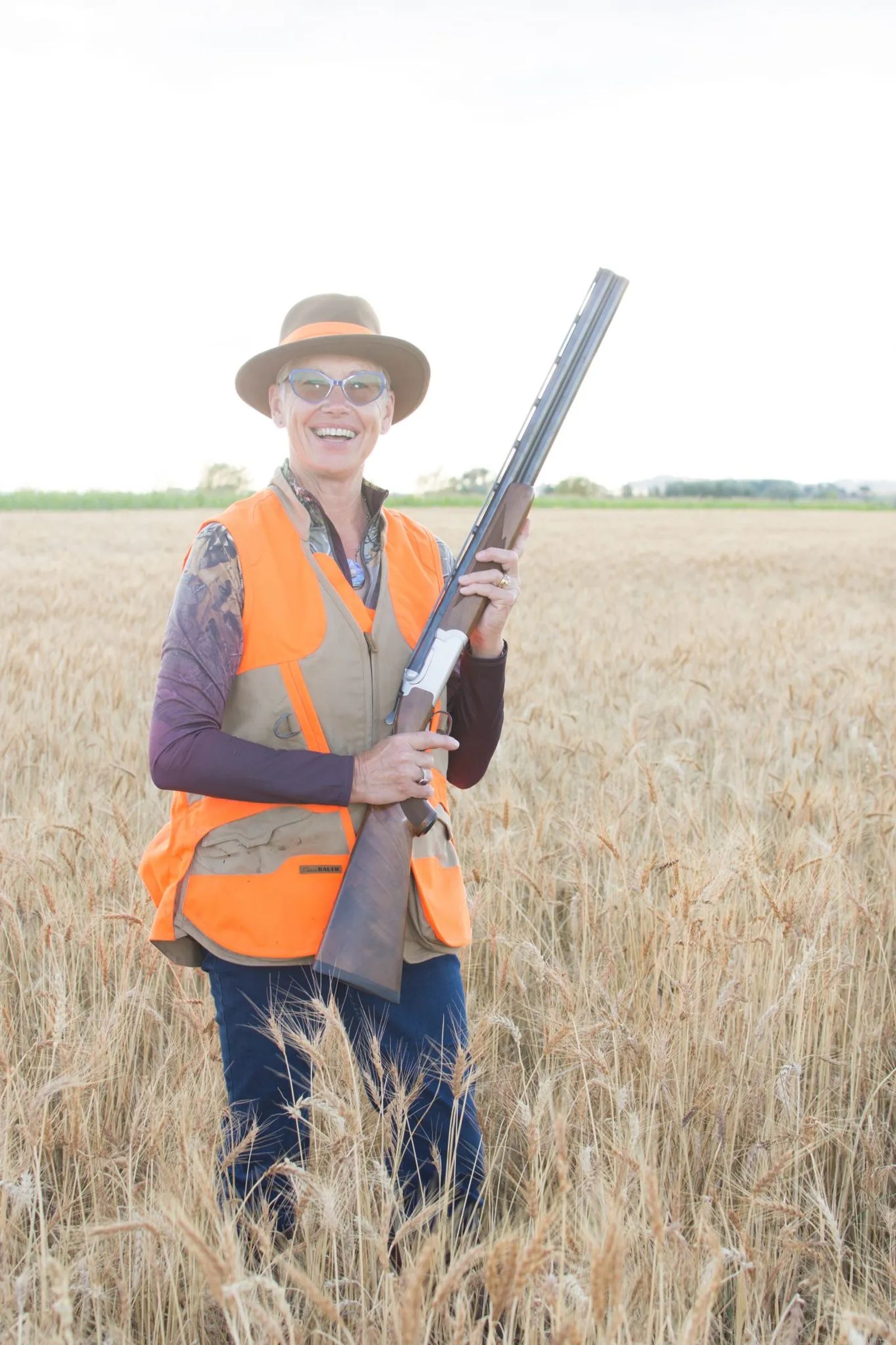 For the Joy of Hunting

Anne Kania’s journey to joy has carried across her thousands of miles. She followed her heart across three continents and unexpectedly discovered the culmination of all that she loves and is passionate about right here in the Yellowstone Valley. Anne, the “unapologetic wing shooting woman” is the visionary of Joy of Hunting, based in Shepherd, Montana offering instruction to women on the art of bird hunting.

Anne was raised in northeast England in the “huge vast city” of Sunderland, perhaps best known as one of the muses of Lewis Carroll, author of Alice in Wonderland.  Sunderland, a seaside city, gave her childhood a backdrop of wonderful memories. She recalls the beach, ice cream, fish and chips and swimming with great fondness. An active girl, she participated in track and field and was a field hockey goalkeeper. After earning an English degree at Newcastle University, Anne followed love to New Zealand in 1982. She made her home in Christchurch, New Zealand and even though that relationship didn’t last, she found another passion, singing classical music. “I got a lot of work as a singer. I had an interesting, wonderful life.”

However, it was the journey to a spiritual retreat in Georgia in 2003 that brought Anne into the path of her tall, handsome Montana love, Bruce, who had come to the retreat from Bozeman. “We didn’t have an inkling of a relationship at that point. But when he visited New Zealand in 2005 to meet up with our mutual friends, we saw a little more of each other. We kept in touch in an online chat group of people from the workshop. I thought what a neat guy he was. When we met up again it was on. He asked if I was up to a dual hemisphere relationship. We spent two years dating across the ocean.”  Ten years ago the couple married, settling in Shepherd where Bruce had already begun development of their 340-acre hunting haven.

Bruce purchased the beautiful river view property in 1999. “Bruce always wanted to be a steward of land and water.  He grew up fishing and is an avid hunter. When he bought this property it was all farm land with a few pitiful trees.” Bruce, his friends, and family helped build and develop the property in a way that would support both his outdoor passion and water inventions. Bruce is the proprietor of Floating Island International.  His company builds floating wetlands/islands that pull pollutants, heavy metals, and contaminants out to the water using biomimicry, copying nature’s designs and processes, to improve water quality.

“When I first visited Montana in 2005, it was the first of September, the beginning of dove hunting season. I discovered Bruce’s love of hunting. He asked me to go hunting with him and I was happy to go, even though hunting didn’t seem like a 21st-century thing to do. It was the first time I had been in close quarters with guns. Britain and New Zealand more highly manage their guns. One day he handed me a gun and had me aim at a stone. Then, he threw bits of twigs and sagebrush and I shot them. I suppose if I had missed those sticks I might never have picked up a gun again! But I loved it. I thought it was great fun!” 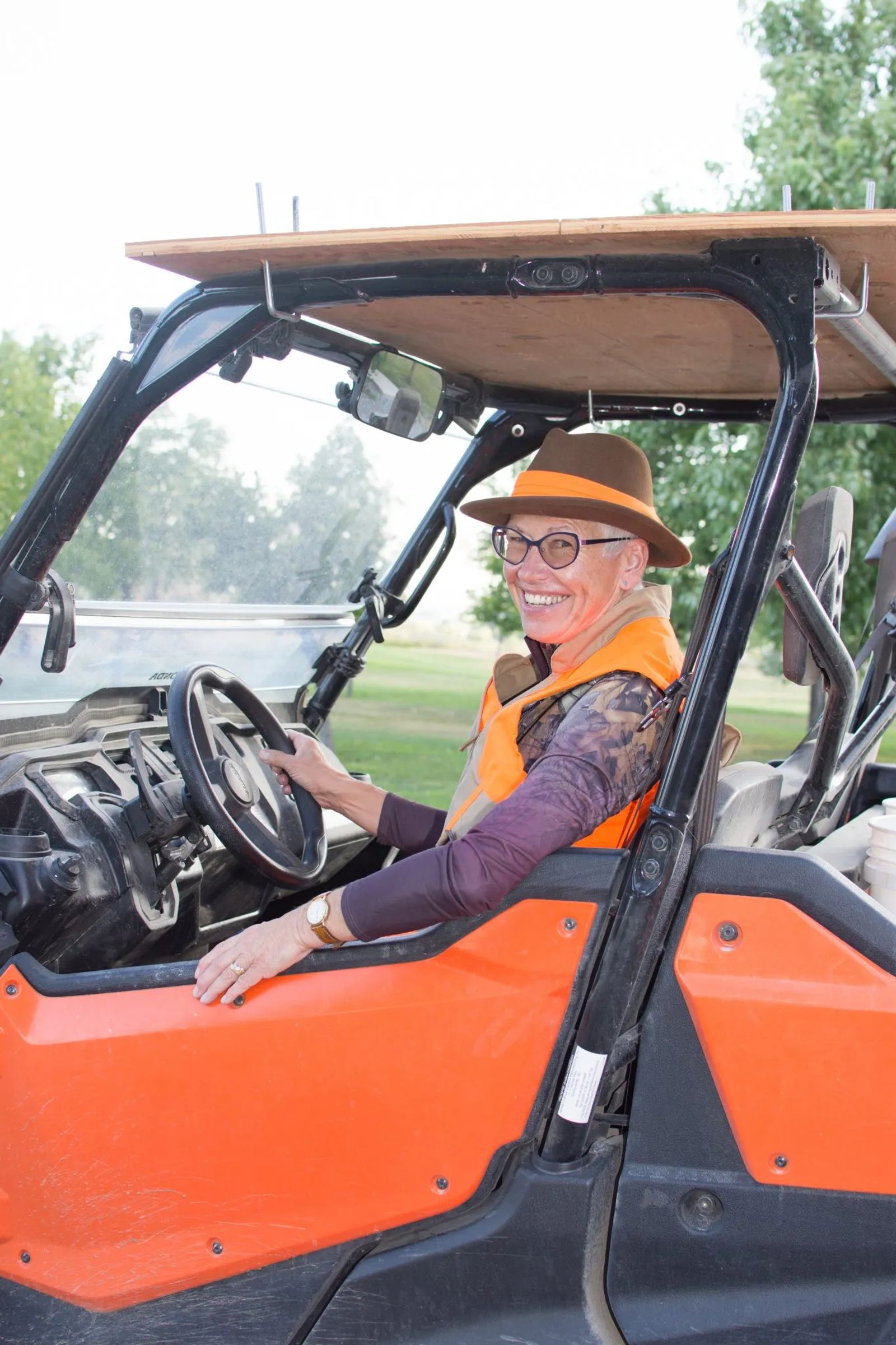 From that moment on, Anne has been a hunter. “Hunting is enjoyable and sociable. You get fit and most of all, you have this incredible bond with the natural world. It's a way of life that needs to continue and not die out.“ However, Anne says, “I didn’t think I would ever have it in me to kill an animal. But I wanted to know more and get involved. I liked the idea of not buying pre-packaged meat and of being responsible for our own food. My first season, I was in tears a lot and missed everything in sight. I don’t know if I contributed to killing any birds during my first season. It was intimidating to learn with a bunch of men and I didn’t want to embarrass myself or Bruce.”  The more Anne learned, the more convinced she was that women needed a place to learn the skill of hunting in a comfortable environment, where the learning could be tailored to fit their needs.

Two years ago, Anne started her business, “Joy of Hunting.” She teaches women basic gun safety and hunting skills, using a clay target machine for practice drills. She instructs on the nuances of hunting birds and working with bird dogs.  The Kania’s 340 acres in Shepherd is a game preserve, which gives them a long hunting season on their land, from September 1st through the end of March. Anne will do empty gun practice hunts and hosts hunts of ducks, geese, and pheasants with her students. 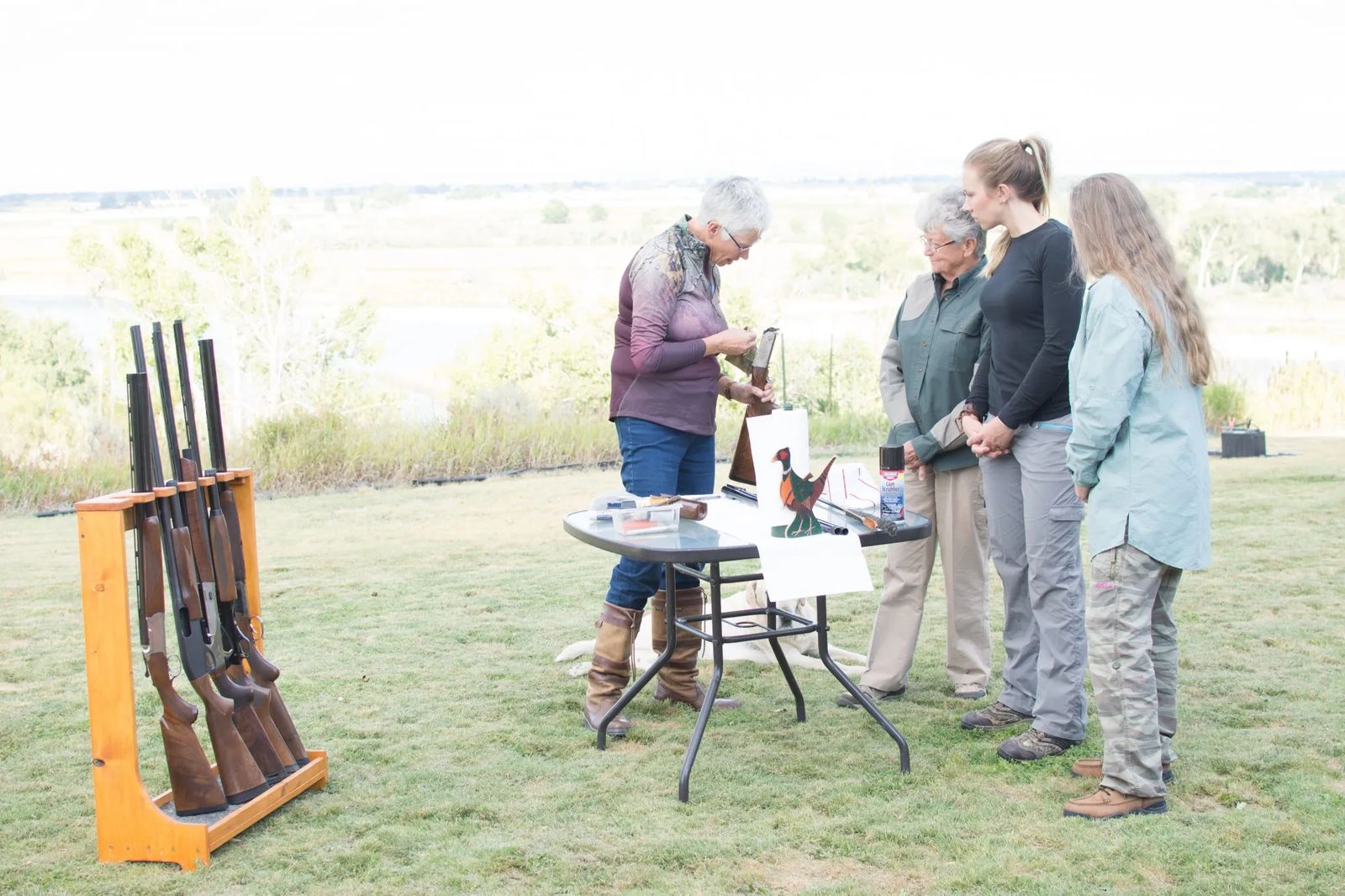 Ashley Dubbs, a guest and student at the lodge, loved the opportunity to learn from Anne. “It can be intimidating learning from men who have grown up hunting. This is a great environment for women to feel free to learn and ask questions.”

As Anne sits on her porch, drinking wine with guests after hunting, gazing out over the river, it is obvious that her love of great relationships, nature, art, music, good food and wine, and of course hunting, have all converged perfectly in this wonderful serene setting. Her wish to empower women in knowledge and skill of hunting is underway through Joy of Hunting. All that she loves is within her reach and she is ready to share her joy with all who know her.

IF YOU’D LIKE TO LEARN MORE ABOUT THE JOY OF HUNTING, visit the joyofhunting.com