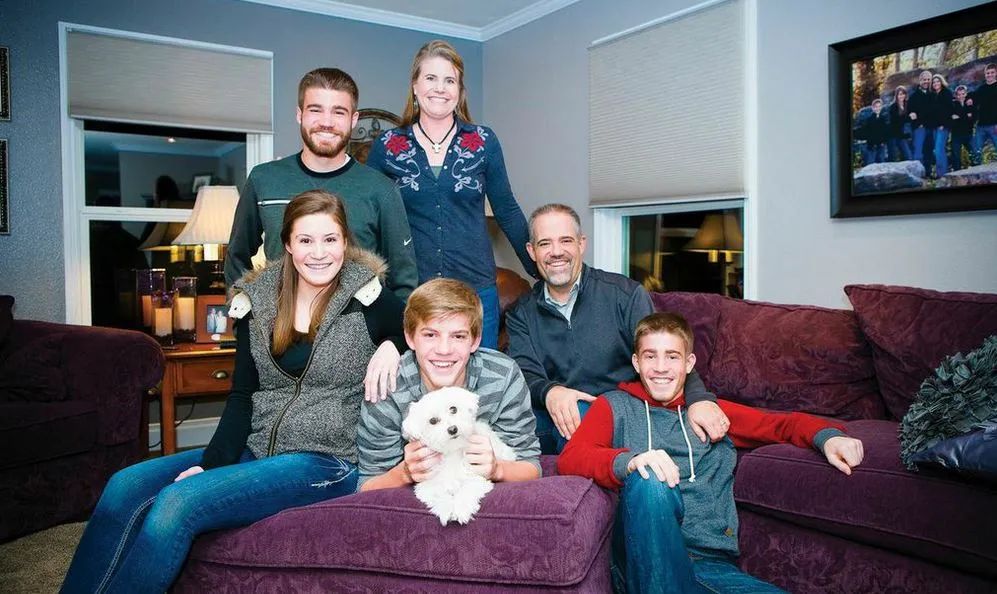 When Michael Wall and his wife Christine started their family, Michael knew he wanted to make sure his children knew the value of every dollar earned. Raised by parents who were products of the Great Depression taught Michael a thing or two about saving and not borrowing above his means.

"I think it did affect me in some ways and it made me think about the value of money. I think having kids, it made me aware that there were things that I wish I had known how to do better and I had to learn the hard way," says Michael.

Today, he and Christine have four financially savvy kids, ranging in age from 16 to 22 years old, who know how to balance a budget and save. Even though all of them admit it was a less than savory lesson, they know they now have skills that will benefit them throughout life.

Unfortunately, a good portion of teens today feel that budgeting is a job for their parents, not for them. In fact, 77% of teen boys and 63% of teen girls say they don't keep track of their finances and say they just don't have enough of it to budget.

21-year-old Emily Wall says that's pretty much the story even for her fellow classmates at Montana State University Billings. Emily is studying management and marketing and had at one point talked about opening her own small business one day.

"My friends budget by looking at what they have in the bank account or what they have in their checking account. I had one friend who told me, 'I have $12 in this account and $24 in this account. That was the money that she had for the rest of the month," Emily says. Her finances, however, paint a much more stable picture. Thanks to her parents' expectations that she budget for each expense and save for emergencies, "I have money set aside in case my car breaks down or I have money set aside in case I have to pay for an unexpected medical bill. I have emergency funds. Whereas, my friend's emergency fund is her food fund as well as her clothing fund as well as her school fund and it totals $36."

How did Emily and her three brothers get so savvy? It all started as kids when they were given a little blue house-shaped bank featuring three slots to place money inside. One slot was for saving. One was for charitable giving and the last slot was for fun money. When it came to the money that his kids set aside for spending, Michael says, "They could spend that money however they wanted. If they wanted to spend it on something that we thought was dumb, that's a great life lesson. Because once you spend what is in your spending bank? You don't tap your savings for things. That's a long-term savings. We were trying to teach them about the power of generosity, the power of saving and the power of making choices about what they were spending their money on." 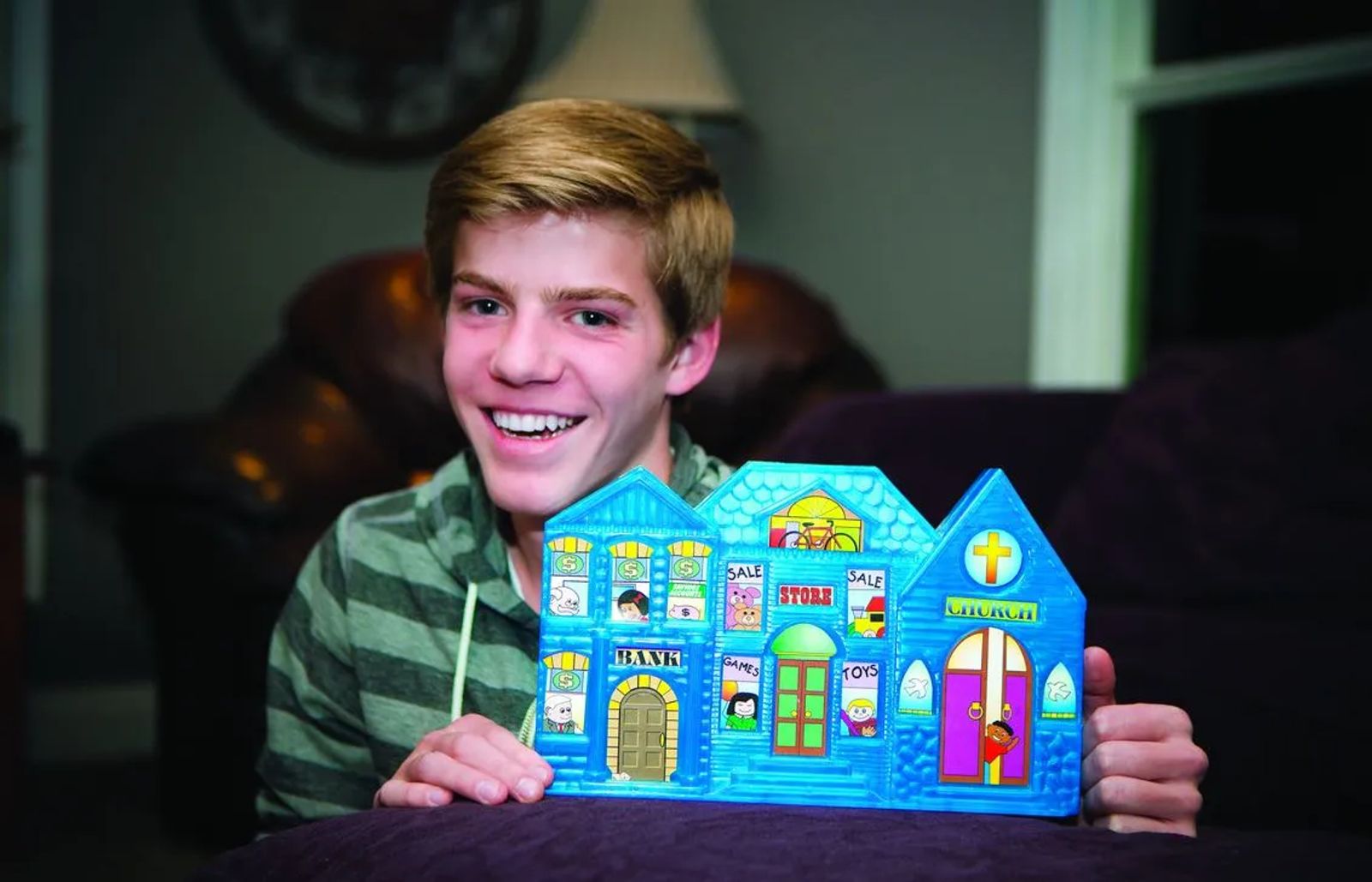 In high school, the kids moved from the house-shaped bank to an envelope system. One envelope might contain gas money. One envelope might be their food budget for going out with friends and yet another might share a few bucks for clothes. But, one envelope was always tied to emergency savings. Michael says whatever system his kids used, he made sure to stress that they needed to give each dollar a job. He says, "If you don't tell your money what to do, it will have a mind of its own and it will go running away." Emily says that when money went in her envelope, she and her brothers learned a powerful lesson. "We slowly transitioned to budgeting and learning how to make that money stretch for the month."

When it comes to budgeting, these kids are not only light years ahead of their peers, studies show they are more in touch with their finances than many adults. "Learning to budget, I don't think it is as common as it should be," Michael says. "I think there are a lot of people out there who are living paycheck to paycheck. In fact, there are stats that say 66% of people live paycheck to paycheck in the United States. They are one small disaster away from complete disaster in their financial life."

So how do these kids keep tabs on each dollar and every cent? It probably comes as no surprise that they turned to a smart phone app to help them get the job done. The whole family uses the YNAB or the You Need a Budget app available to both Android and iPhone users. 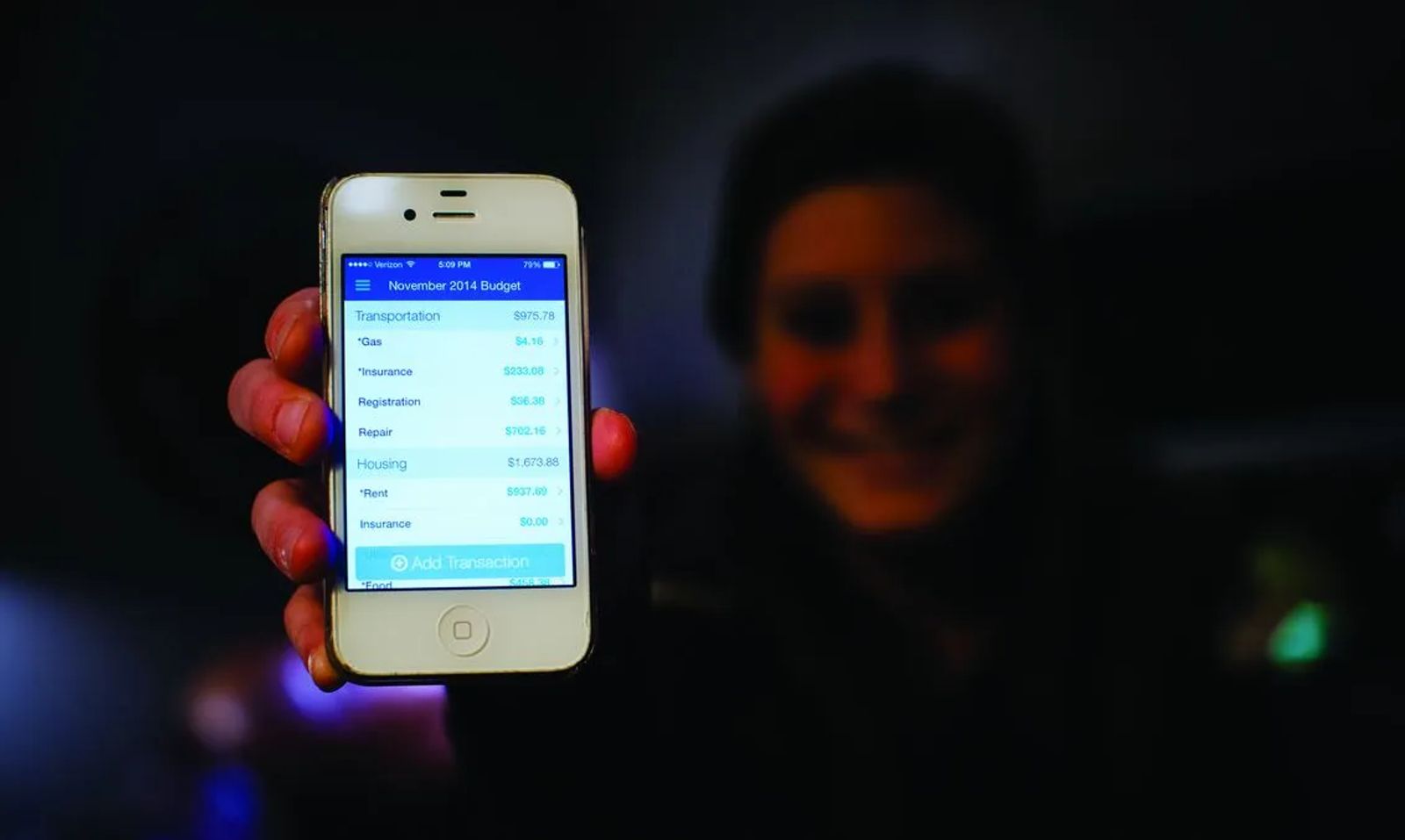 "It's fun to go shopping with them now and listen to them process through things," Christine says. "You hear them say 'Do I really need to buy that? Do I have it in my budget?' They will pull out their phones to look at their budget to see if they have the money. I don't have to say anything."

Over the years, 22-year-old Mikey, who plays soccer for Rocky Mountain College, has learned to say no to new soccer shoes, even after watching his teammates buy $300 shoes several times during the season. He laughs as he says, "I look at that and I see rent for the month!" Sixteen-year-old Caleb already has a fund for a new set of wheels for when he gets his driver's license. And 19-year-old Zach, who doesn't like to work while attending college at Rocky, has learned to work hard for a fencing company during the summer to earn his cash. Zach says, "I focus on earning money faster so that I don't have to work throughout the whole year.  I have to plan my money for the long term." He has to make sure he has enough for car insurance, gas and some of his expenses for school. His dad chimes in and says, "He had to make a plan to make that money last."

As Michael and Christine look to the main lessons they've taught their kids, other than budgeting, their philosophy is rather simple. Number one, there's not an endless supply of money and number two, when you run low, you can try to earn more.

"By constantly being the ATM for your kids, you rob them of the opportunity to learn. If you get to the age of 25, and you haven't learned those two fundamental things, think about how handicapped you are for the next 10 years of your life as you sort all of that out. You bury yourself in debt," Michael says.

As their kids continue to grow and learn, Michael and Christine feel confident that they will be okay when it comes to money matters. Michael says, "They're practicing something that will be a lifelong tool. Even if they fall off the wagon they will remember the peace that they felt when they had a plan.

A LESSSON ON BUDGETING
Growing up Savvy Savers & Spenders

With so little emphasis on saving and budgeting, how do you make sure your child isn't a candidate for a financial disaster? It really boils down to three main things: how much they earn, how much they need for certain expenses and what are their goals.

Have your child write down what they earn from their allowance or jobs on a weekly basis. How do they need/want to spend their money? Do they have goals for saving or special expenses? After you've laid out the income figure, talk to your kids and show them how that weekly paycheck or allowance adds up over the course of a year. For instance, if they earn $10 a week for chores, have they really thought about how that money adds up to $520 a year?

Show them how purchasing and saving is a give and take. If they typically buy $25 in iTunes cards a month, show them that by shaving a little off that purchase and saving, it could add up to that new bike that they've been eyeing.

Have them start a savings plan. Can they set aside at least 20% toward long term savings? Show them how that money adds up over the course of a year.

Have they assigned each dollar a job? For instance, if your child wants to save for a new car or needs to start setting money aside for college, sit down with them and estimate what they need to save on a weekly basis in order to make that happen. By putting it down on paper, show them how saving will produce a payoff in the end.