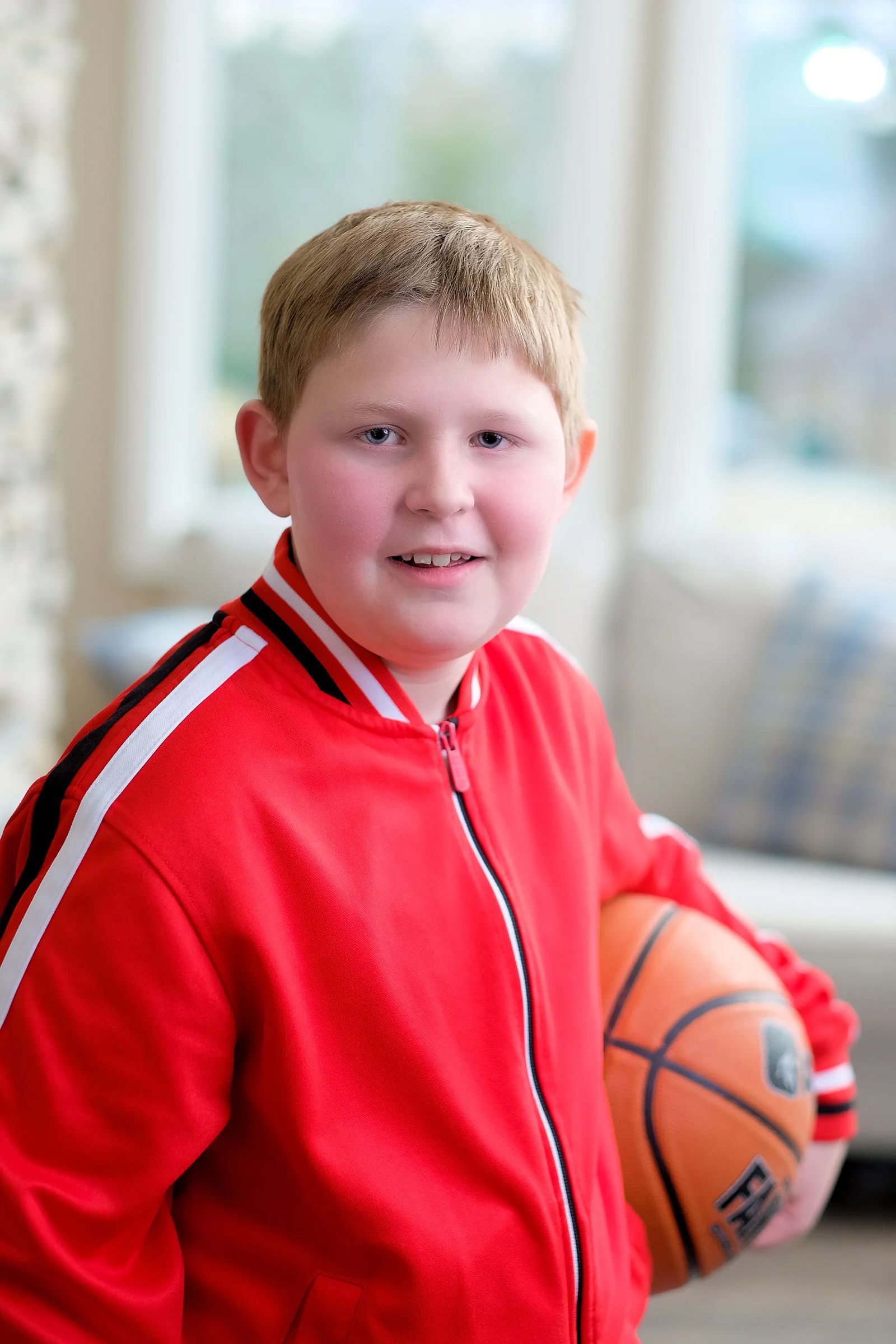 Evan is a good-natured kid hoping for a forever family

Before our camera started to click, capturing a portrait of Evan, he was in his room, laying out clothes carefully, wondering what might be the best look. His foster mom, Isabella Del Carpio, stood by reassuring him.

“He knew I wanted a few good photos of him,” she says with a warm smile. Evan also wanted to pick out just the right clothes that matched his new red and black Nike Airmax basketball shoes. “I love shoes,” he confides, flashing a huge smile. He also loves basketball, saying, “I like making the shots.”

Last fall, Evan moved in with the Del Carpios. It was supposed to be a short stay while social workers got a space for him at one of the area’s group homes. Seeing just how easygoing this kid was, Isabella told social workers Evan could stay for as long as he needed.

“Evan really likes to be a part of a family,” Isabella says. “He helps with chores. He is always respectful and he’s a great communicator. He is just so easygoing. He’s been a blessing to have in our home.”

Evan’s social worker, Lori Ketchum, underscores that Evan is a kind-hearted kid who has moved around a lot in the last three years. The Del Carpio home was his eighth placement. Ketchum says it had nothing to do with Evan and everything to do with the fact he wanted to be placed with his 12-year-old sister.

“It’s extremely difficult to find a family who will take two kids, 10 and 12,” Ketchum says. “However, that would be the perfect circumstance. He deserves to be a part of a loving and supportive family, one with patience and understanding.”

His foster mom says Evan has a ton to offer a family. “Evan has a great sense of humor,” she says. “He’s a good communicator. He likes to be a part of what’s going on. He’ll even help with dinner if you ask him to. He is probably going to be a good cook one day!”

As Evan poses for the camera nearby, Isabella stops and says, “I hope I get a couple smiles out of him. He has a great smile.” Evan, of course, was busy trying out his serious athlete pose with basketball in hand.

As Evan sits down to chat, he shares a little bit about his fifth-grade days. “I am starting to like school, yeah,” he says with a grin. “I like history. I like learning about wars and how people survived.” And, like most 10-year-old boys, “I like video games like every other kid. Actually, there is a girl in my class who doesn’t like video games. It breaks my heart.”

If you ask Evan to share a little bit about his personality, he doesn’t skip a beat. “I have the qualities of a gentleman,” he says with a smile. His foster mom jumps in to add, “Evan is not a complainer. That is probably one of my favorite things about him. He is always positive. Evan always has a good attitude.”

As Evan looks to a forever family, he knows he wants to stay in touch with his grandparents, and if he’s unable to live with his older sister, he would love to be able to see her. His social worker says that’s an absolute must.

While the Del Carpios love Evan and want the best for him, they know his forever family is out there somewhere, just waiting to meet him. Isabella says, “Anyone who wants to have a kid who wants to be there? He is going to be a great addition to that family.”

TO LEARN MORE ABOUT EVAN or the foster-adoption system in general, call Lori Ketchum at 406-657-3120. While Evan is in need of an adoptive home, many times the primary goal for children in the system is to have a temporary placement while social workers strive to reunify them with their biological family. Each family wanting to become a licensed foster-adoptive home must undergo 18 hours of mandatory training to learn what it takes to become a successful foster family.