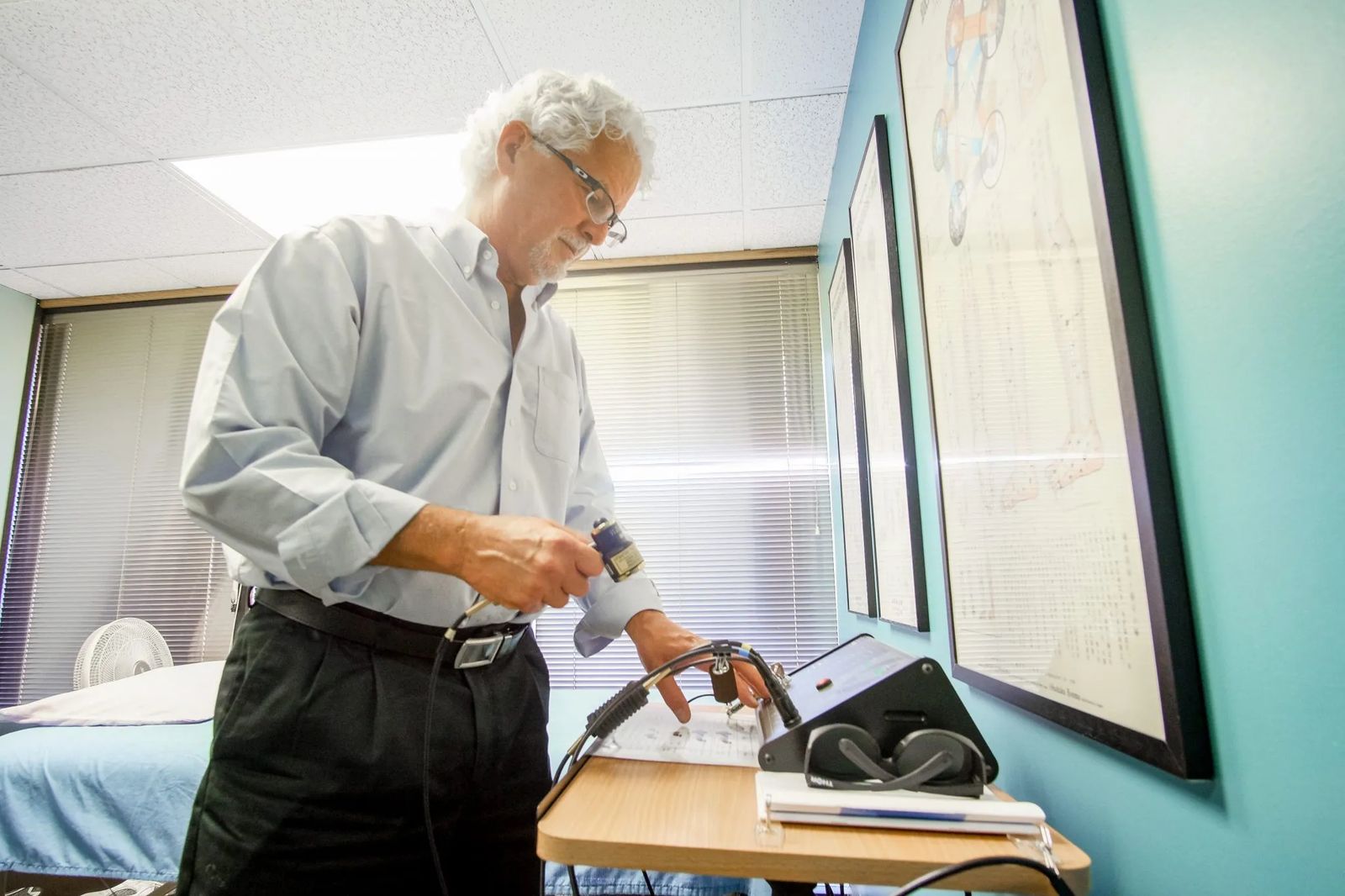 Moving from Illness to Wellness

Consider the last time you visited a doctor. If you are like most people in the United States, you spent between 13 and 16 minutes with your doctor. That’s the industry average according to a 2016 study. You were also probably one of about 25 patients your doctor sees in a day.

“Sometimes I felt like I hadn’t even been given a chance to get through what’s going on for me, and then I’d have to wait until the next appointment,” says Jane Smart. 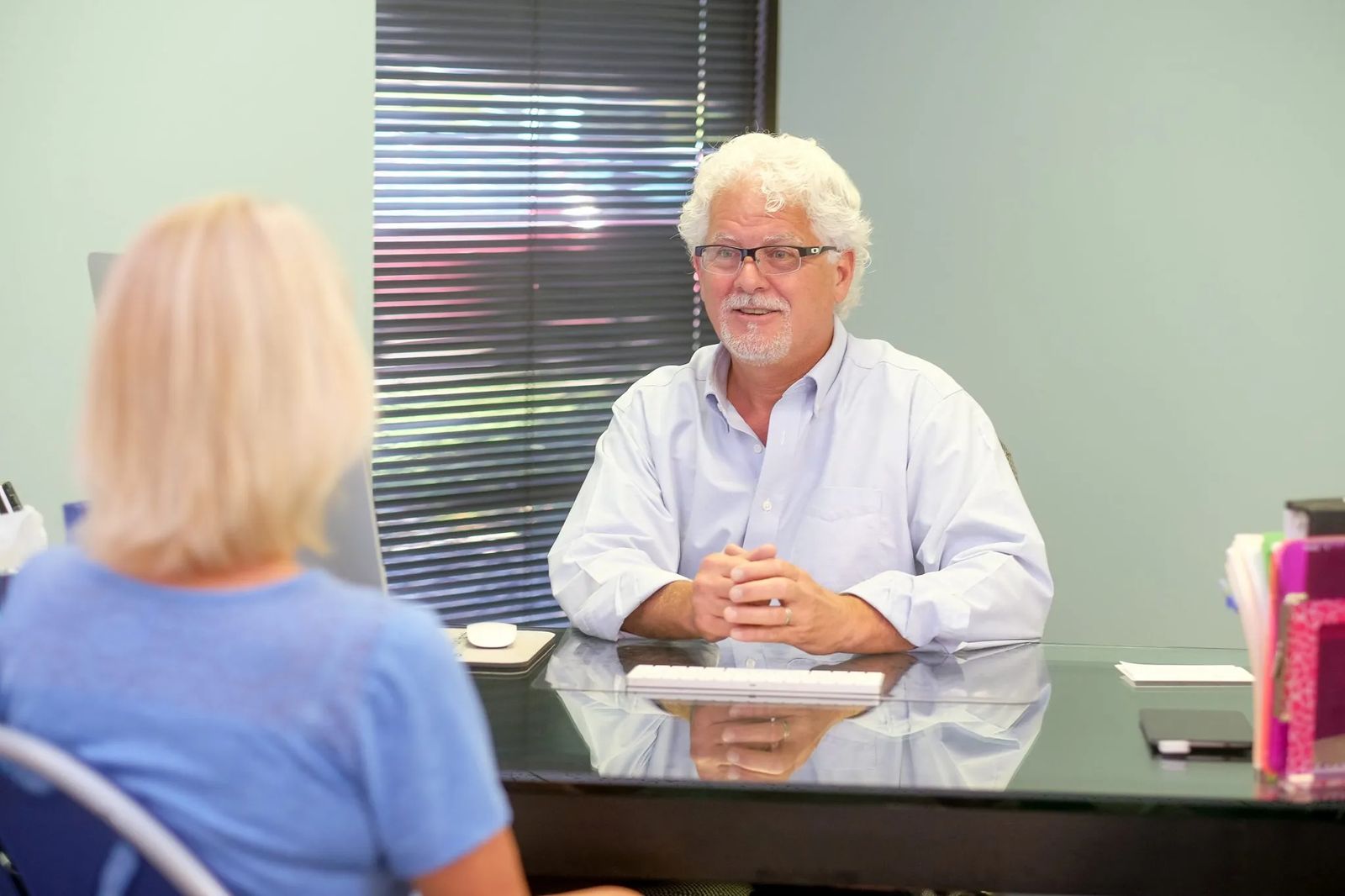 Smart had struggled with a thyroid condition and stomach issues for years before she met Dr. Roy Hall, an M.D. who practices functional medicine. Functional medicine is a system-based approach, an alternative to traditional medicine that treats and prevents chronic illness by looking at the root causes of illness rather than simply treating symptoms. Hall owns Mountain Health Functional Medicine on Overland Avenue in Billings.

“If we can spend the time and go back to the root causes and get rid of them, then we can get people well,” Dr. Hall says. “Think of it this way: if you have a splinter, you can treat it with antibiotics, but why not get rid of the splinter?”

By advising a prescriptive diet and supplements, Hall helped Smart overcome her stomach condition and she’s treating her thyroid using an all-natural approach. She’s lost almost 30 pounds and at 64 she says she is feeling better than ever. 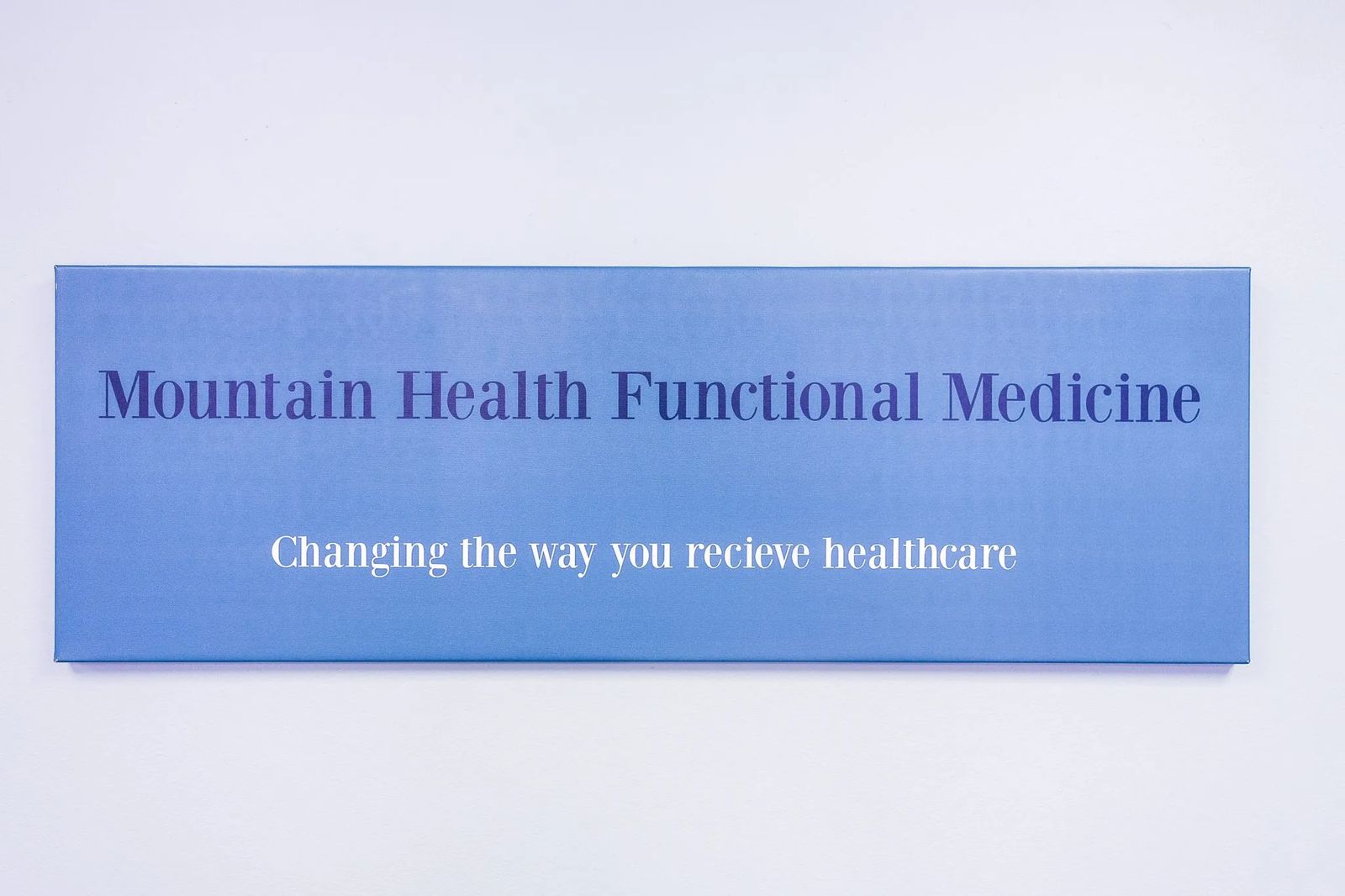 Hall spent much of his career as an oncologist and worked at a progressive cancer treatment center in Texas. It’s a facility where patients are treated with a mix of traditional medical treatments as well as non-traditional methods using diet, acupuncture, bodywork, and homeopathic remedies in the patient’s treatment plan. Hall moved to Montana in 2012 and worked as an internist at St. Vincent Healthcare, which is where he first began treating Smart.

“When I see Dr. Hall, he has a whole hour for me,” Smart says. “He listens to me, and he’s looking at alternative ways of dealing with things besides just writing another prescription.” 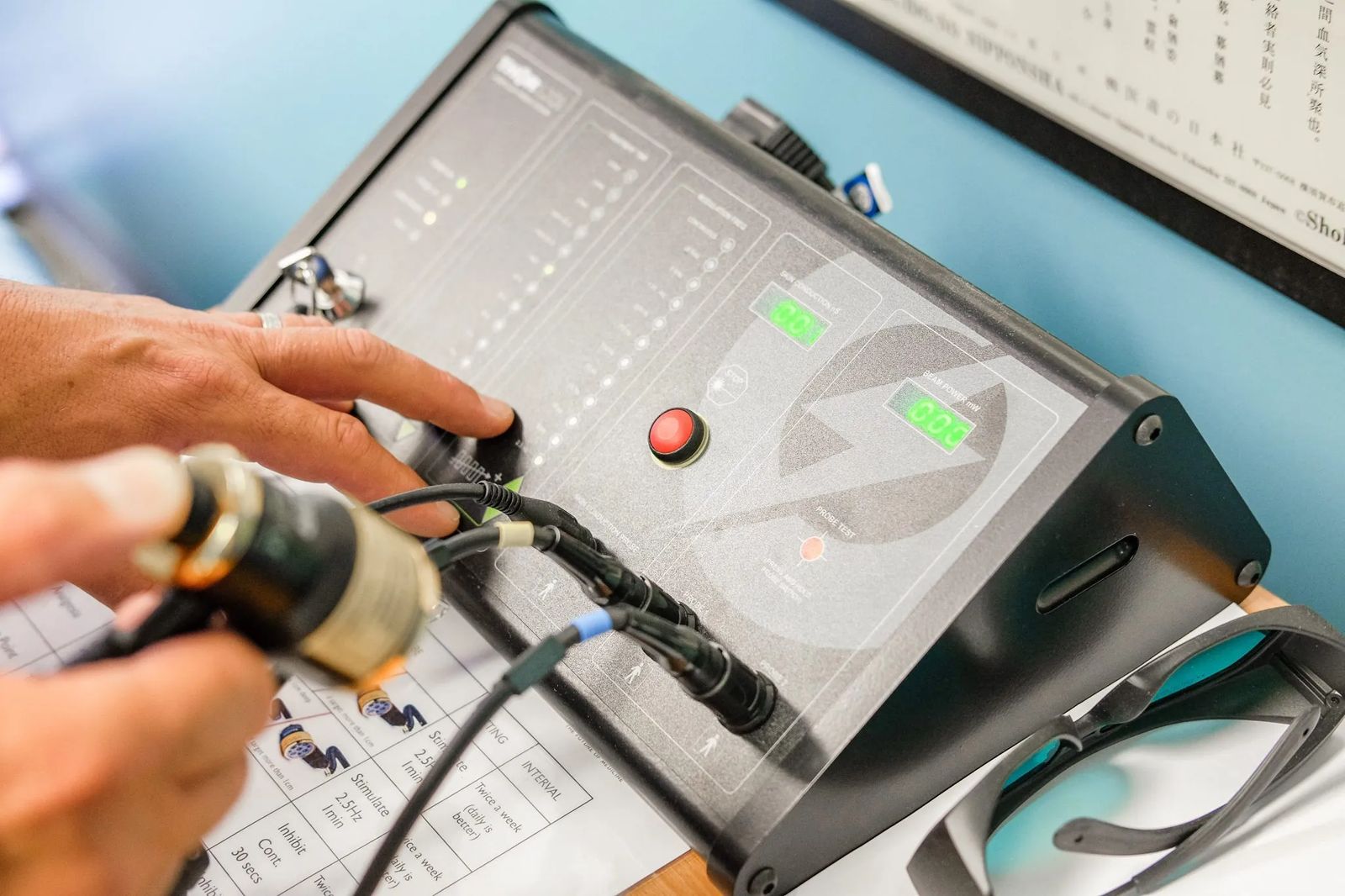 Most practitioners of functional medicine are doctors with medical degrees who, like Hall, believe there is a better approach to healing than what’s offered in traditional medicine, which relies heavily on pharmaceuticals. Their treatment protocols primarily include changes in diet and lifestyle as well as herbal supplements. It’s a growing field of study that’s showing lots of promise, yet Montana has only a few functional medicine practitioners. 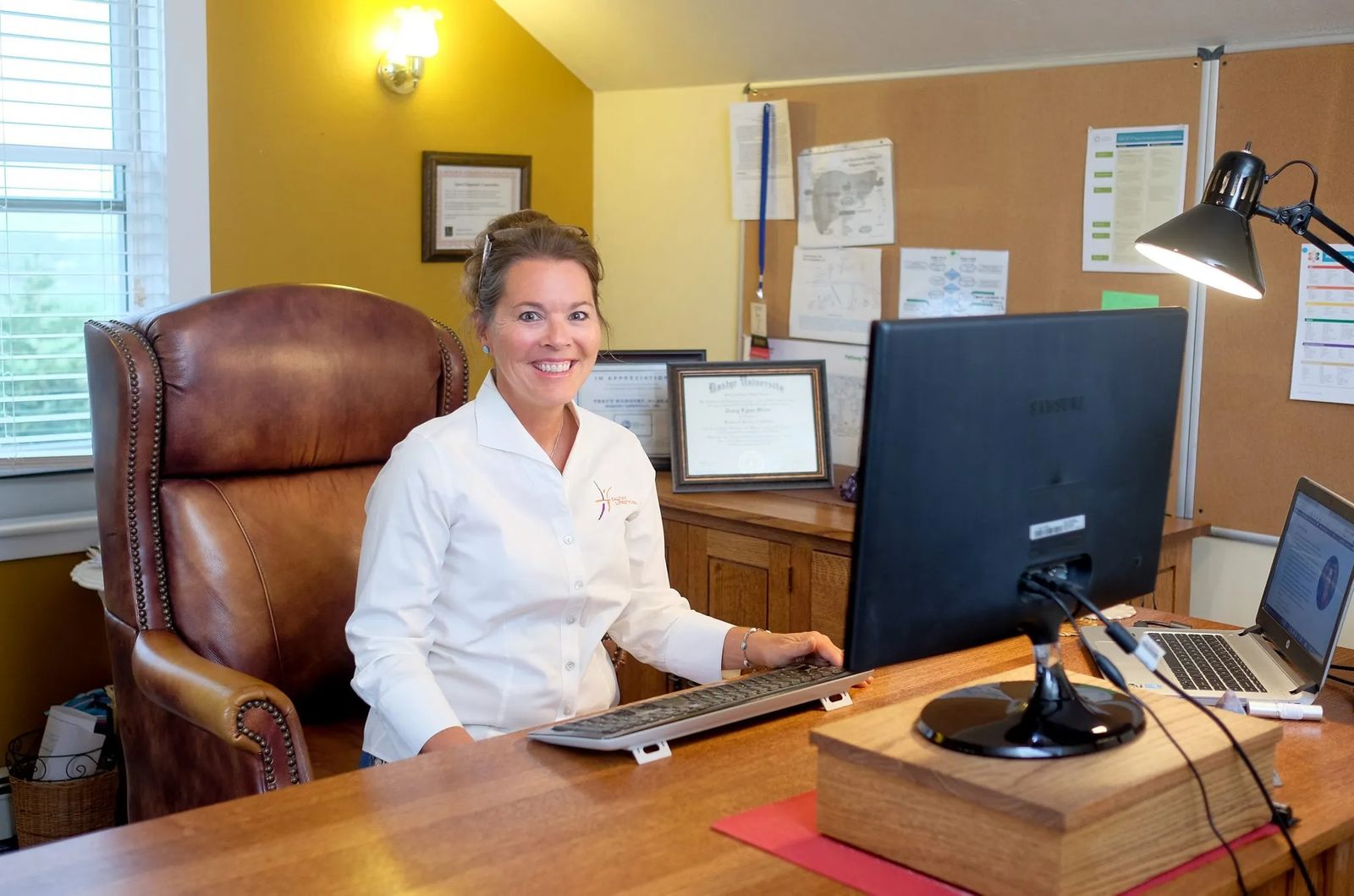 Tracy Konoske is a registered, independent dietitian who practices functional medicine in Laurel. She was drawn to functional medicine through her experience helping people heal by changing their diet. It sparked her to start her practice, Healthy Lifestyles, in 2009.

“Ninety percent of it is diet-based,” Konoske says. “The strongest medicine you can take is at the end of your fork or spoon.”

Like Hall, Konoske also spends hours with her patients to fully understand their symptoms and help them find relief. She provides her services mainly through phone and video calls and has a patient load that includes people from across the region.

To do that, she has her new patients fill out a 20-page intake questionnaire followed by a 45-minute “get to know you” session. Konoske then takes an investigator role, spending several hours examining her patient’s history, every symptom, and every system to discover the root causes of her patient’s illness. From there she develops a prescription for her patients. In almost every case, she suggests a detox, changes in diet, herbal supplements, and changes in lifestyle.

Michelle Tulloch, 37, was diagnosed with six autoimmune diseases, was suffering from frequent migraines, and had dropped to 87 pounds. Doctors had run out of answers, and she sought out Konoske for her services as a dietitian. Tulloch wept as she filled out Konoske’s questionnaire, which included questions about her health going all the way back to birth.

“It felt like somebody cares enough to ask these questions,” Tulloch says. “Not too many people were ever interested in asking questions. Right away I had hope, and she had answers right away.”

Over the course of two years, Tulloch and Konoske worked together, and Tulloch is now symptom-free. It has taken what some may see as a radical change in diet and lifestyle. She’s eliminated many foods from her diet and changed her family’s hygiene products and household cleaning products to eliminate the steady trickle of toxins that were sickening her. Her children, who suffer from some of the same sensitivities, have also found relief.

“I believed that if it was going to work, I had to do the hard work and make the investment in my life and my kiddos’ lives,” Tulloch says.

According to Konoske, most diseases can be traced back to one of four primary root causes: diet; environmental toxins; pathogens such as viruses, bacteria, fungus, yeast, and parasites; and stress. Each one impacts every area of the body, which is why disease can be so difficult to diagnose and manage.

“Think of your body as web,” Konoske says. “If you pull on one edge, you move the whole thing.” 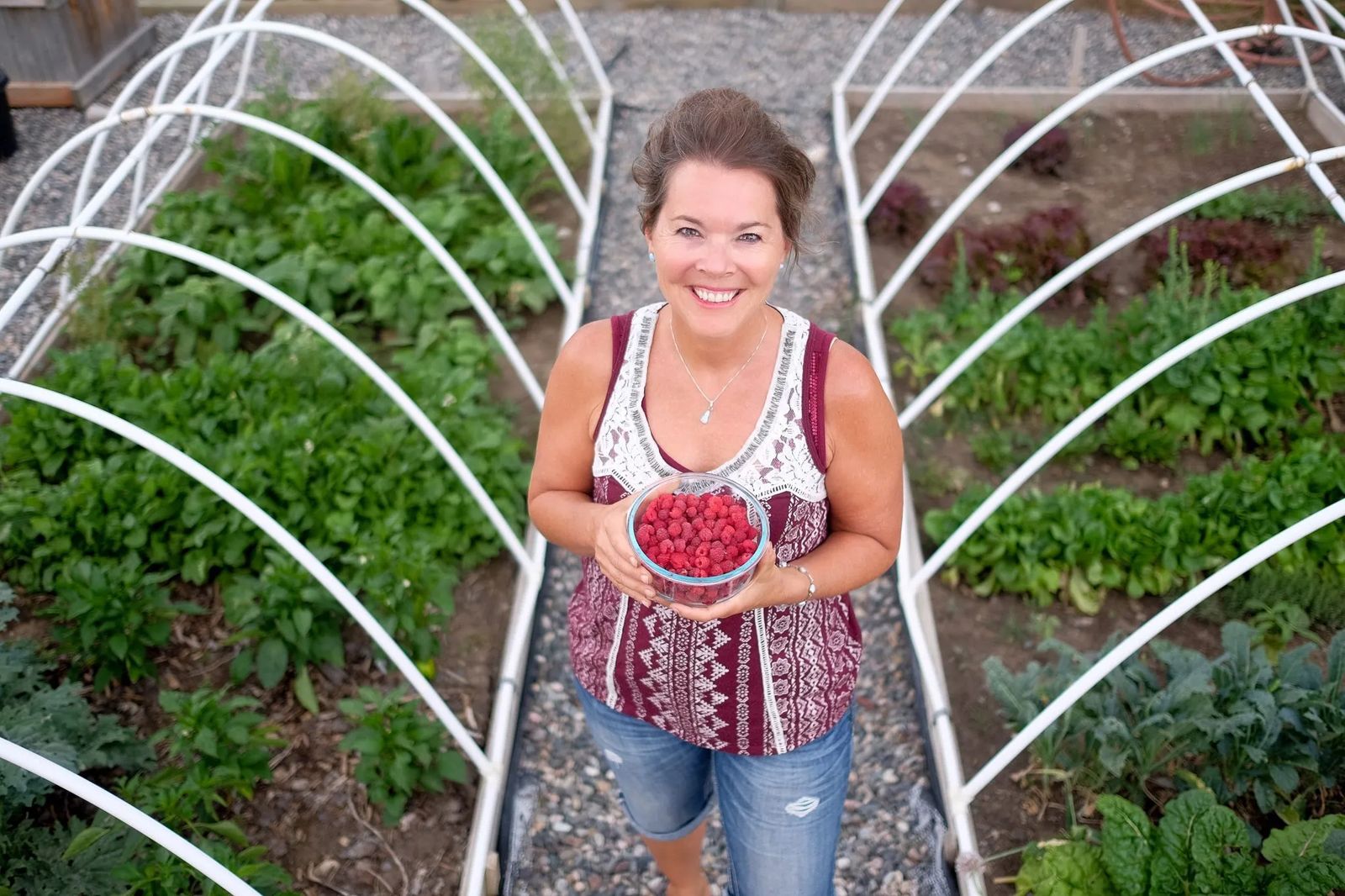 Konoske has maintained a healthy lifestyle and diet for most of her adult life. She tends a large garden and raises a beef on her small farm, growing and raising food for her own consumption. Her experience in functional medicine helped her overcome Lyme Disease in 2015. She treated her symptoms with the same protocols she recommends to her patients – a detox, prescriptive diet, supplements, and lifestyle changes.

“Anyone can heal,” Konoske says. “People have been told they can’t heal, but if you have a chronic disease there is an answer to your condition.”

Treating the whole person takes a long-term commitment, and both Konoske and Hall, work with their patients for months, sometimes years, to help them find relief. It’s a very personalized approach, and often, Hall and Konoske fall into the role of coach to help their patients make lasting changes in diet and lifestyle. 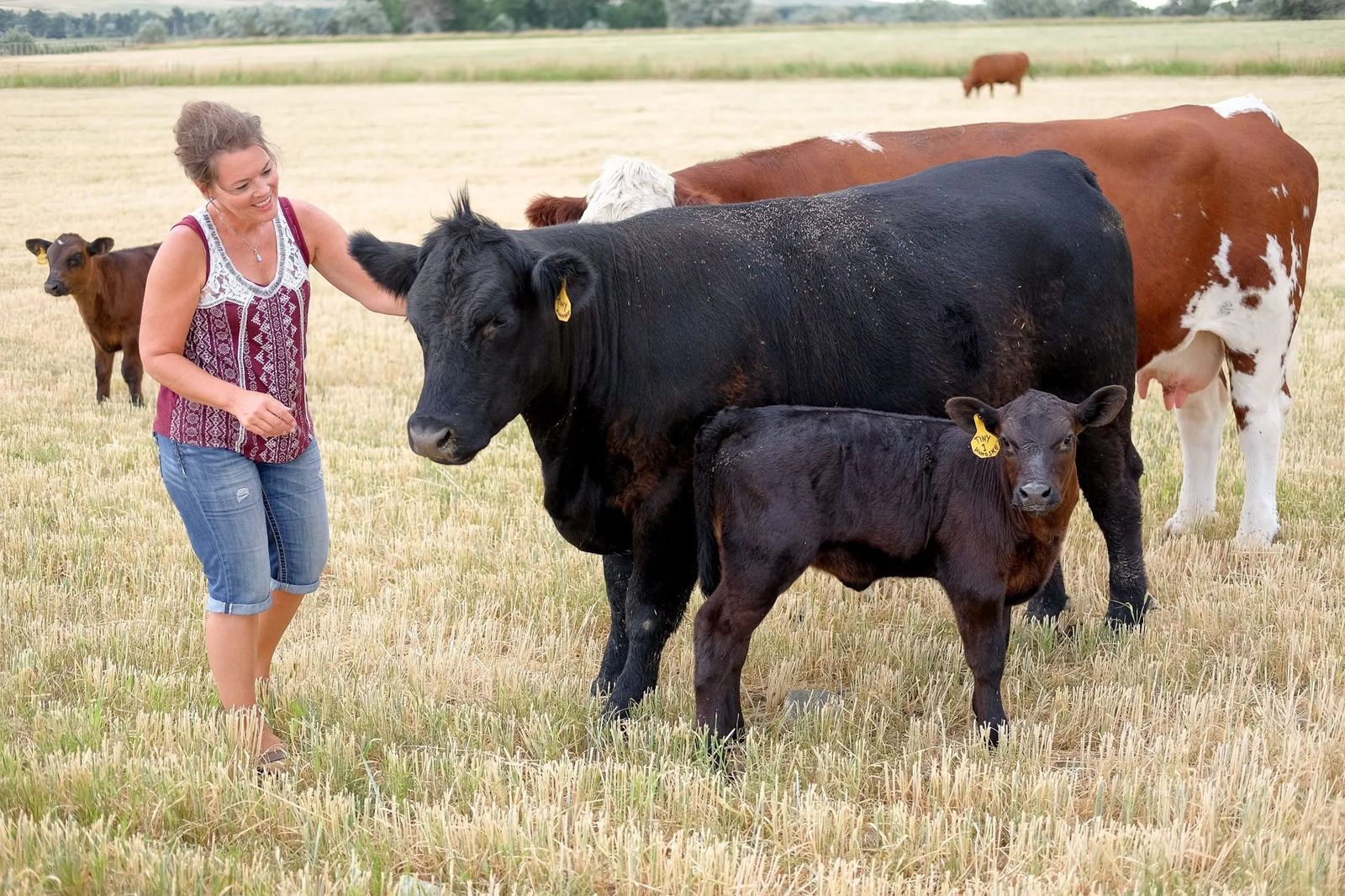 Neither Hall nor Konoske recommend their patients stop taking the medications they are using to treat their conditions, but they work with their prescribing physicians to transition off medications when their patients no longer need them.

“It works with almost everybody and it’s never too late to get your health back,” Hall says.

WHAT IS FUNCTIONAL MEDICINE?

When imbalance hits in the body, it can create a whole host of symptoms. Functional Medicine takes a look at a person’s digestive system, the hormonal system, energy production and the immune system to see if one or more of these is out of balance. Functional Medicine practitioners take a look at the patient’s medical history and lifestyle to get to the root cause of health issues.

IF YOU’D LIKE TO LEARN MORE, visit the Institute for Functional Medicine at ifm.org and click on patient resource center or visit Dr. Roy Hall’s website at royhallmd.com. Tracy Konoske can be reached via her website at healthylifestylesmt.com.