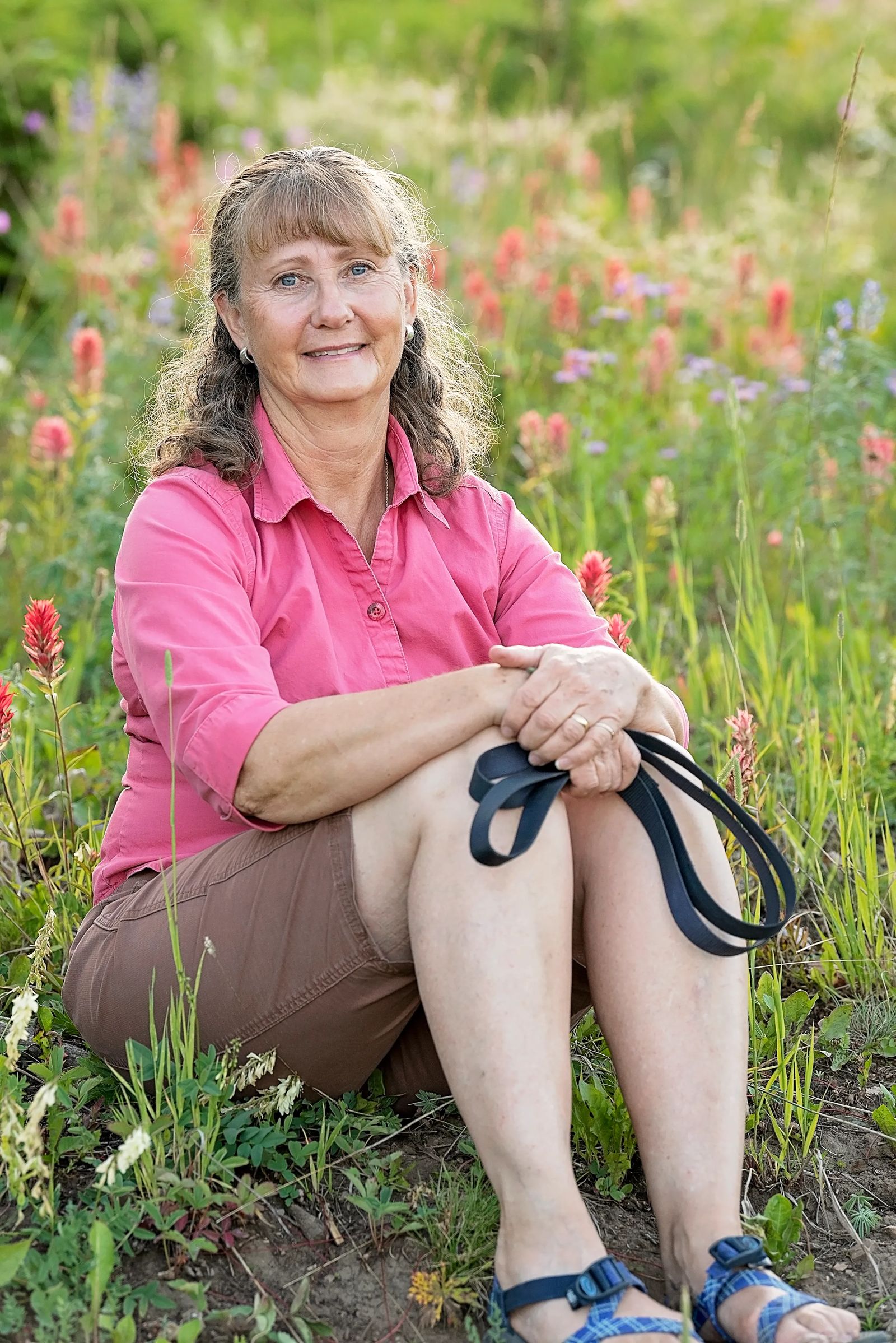 My Brush with Breast Cancer

The decisions, the surgery and the healing

I got the call back that every woman dreads. You know the one – it’s the nurse, after your latest mammogram, saying they see something different since your last scan and they’re calling you back in for more tests.

I’ve had a lot of call backs. Three years ago I got a call back, had a biopsy and then a quick removal of the suspicious tissue. It turned out to be nothing. I dodged bullet No. 1. The next year I got another call-back. This time the ultrasound revealed a cyst on the other side. Bullet No. 2 dodged.

My third call-back came this past winter and this time the bullet hit the bulls-eye. After all the extra scans and X-rays, the radiologist called and said I had early-stage DCIS, breast cancer. 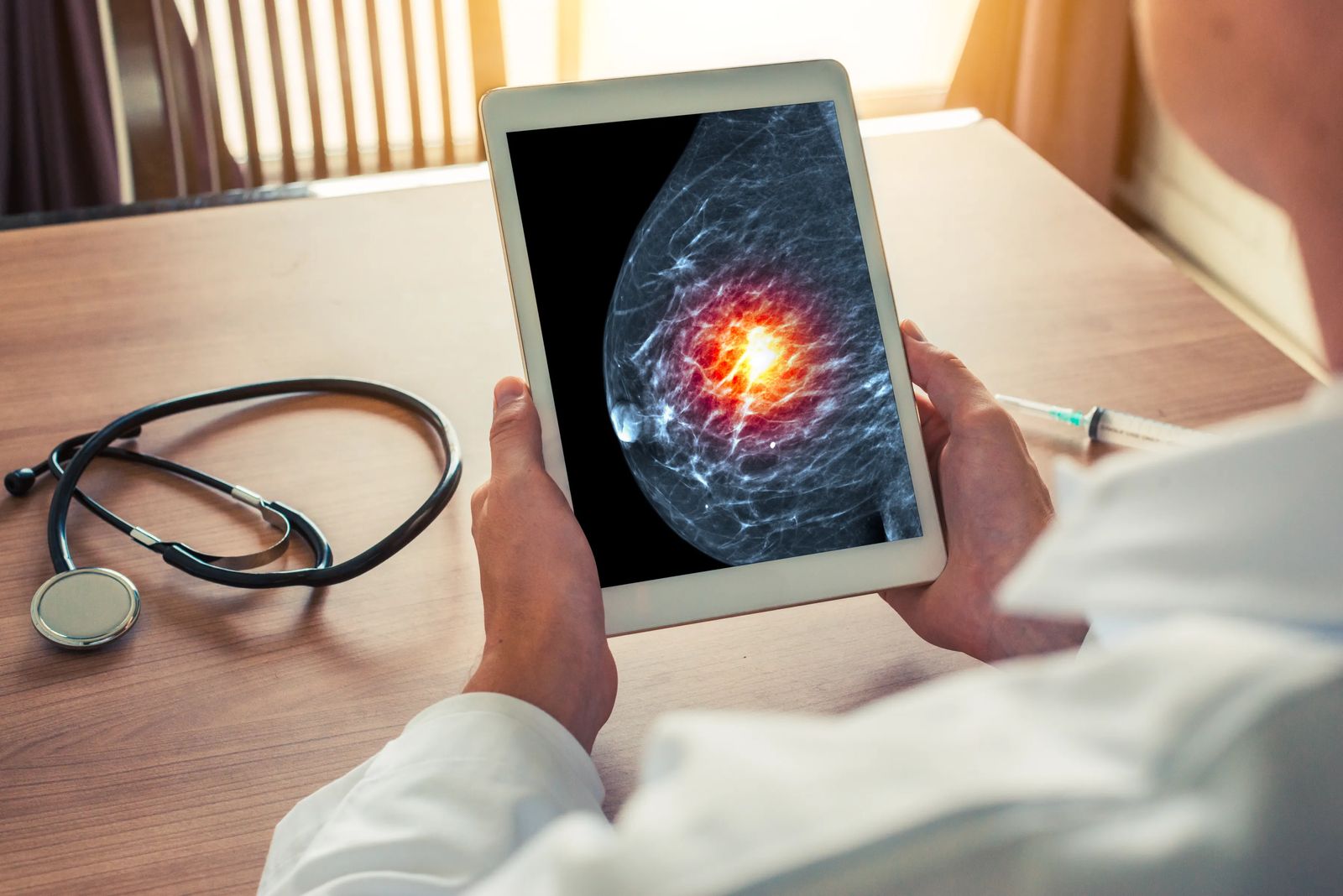 I’ve been waiting for this shoe to drop for 40 years. My mother had breast cancer when she was 29 and I, her third and last child, was 2. That was 59 years ago. My two sisters and I often talked about our chances of getting breast cancer and whether we should have genetic testing done. But none of us did, and we sailed healthily along until my diagnosis.

I was, and continue to be, thankful my cancer was stage 0. DCIS stands for ductal carcinoma in situ – abnormal cancer cells confined in the milk duct. Mine was very small but considered Phase III, meaning if left alone it could, quite possibly, break out of the duct and travel. Invasive, malignant breast cancer.

I had appointments with the surgeon and the oncologist and made my decision. I would have a double, or bi-lateral mastectomy.

For me, the decision was easy. I could have had a lumpectomy, but that would also require radiation to ensure the tumor was dead. Plus, I’d undergo five years of hormone blockers to help prevent other tumors developing. My oncologist said the hormone blockers would give me menopause symptoms again. Um, no thank you, once was more than enough. I already knew I didn’t want to have radiation if I didn’t have to, so in my mind the lumpectomy wasn’t really an option. A double mastectomy was the answer.

The surgery itself went well – there were no complications. I felt calm, for the most part, before being wheeled into the operating room, although I do remember having a slightly out-of-body thought of, “I wonder if they made a mistake?” That, however, could have been a reaction to the IV sedative they’d already started. The anesthesiologist had me sit up so he could do a nerve block and I was out before I lay back down. The next thing I remember was surfacing in the recovery room and seeing the room flipping like an old film strip.

The most pain I experienced was the tightness of the chest band the first few hours after the surgery. It was so constricting that I felt like a pallet of bricks was crushing my chest. When the nurse cracked it open that night to check the wounds, the pain drained away. I was definitely sore — as if I’d done way too many pushups — but it wasn’t overwhelming.

The absolute worst part of the entire experience were the drain tubes and bulbs. After surgery, your body produces fluid at the incision site, and to keep it from building up, the surgeon places tubes inside your body to drain the fluid. I’d done my homework and read a bunch of internet articles about mastectomies. Every one of them said the same thing — the drains are awful. Guess what? They were right. I was thrilled that the drain that bothered me the most came out just a week after the surgery. The other one took another two weeks to come out. I asked the nurse to show it to me after she pulled it out. It’s no wonder it hurt so much. The thing was at least 14 inches long and thick enough to be used as a straw.

My recovery went well. I had friends and my adult children brought food and kept me company. I was off work completely for three weeks, then went back partial days for another week. By the sixth week I was back full time, but I was exhausted.

I’m an active person — generally, I walk my dog two to three miles in the mornings before work. But I could barely walk a half mile and still make it through the workday. Sleep became fitful. I woke up at 3 a.m. and couldn’t get back to sleep.

Outwardly, I felt healed. Everyone said I looked great. The incisions were now just thin, pink lines. On paper, I was doing great. I got an all clear from my surgeon and oncologist. But I was tired and discouraged, and fast upon the heels of discouragement came depression. 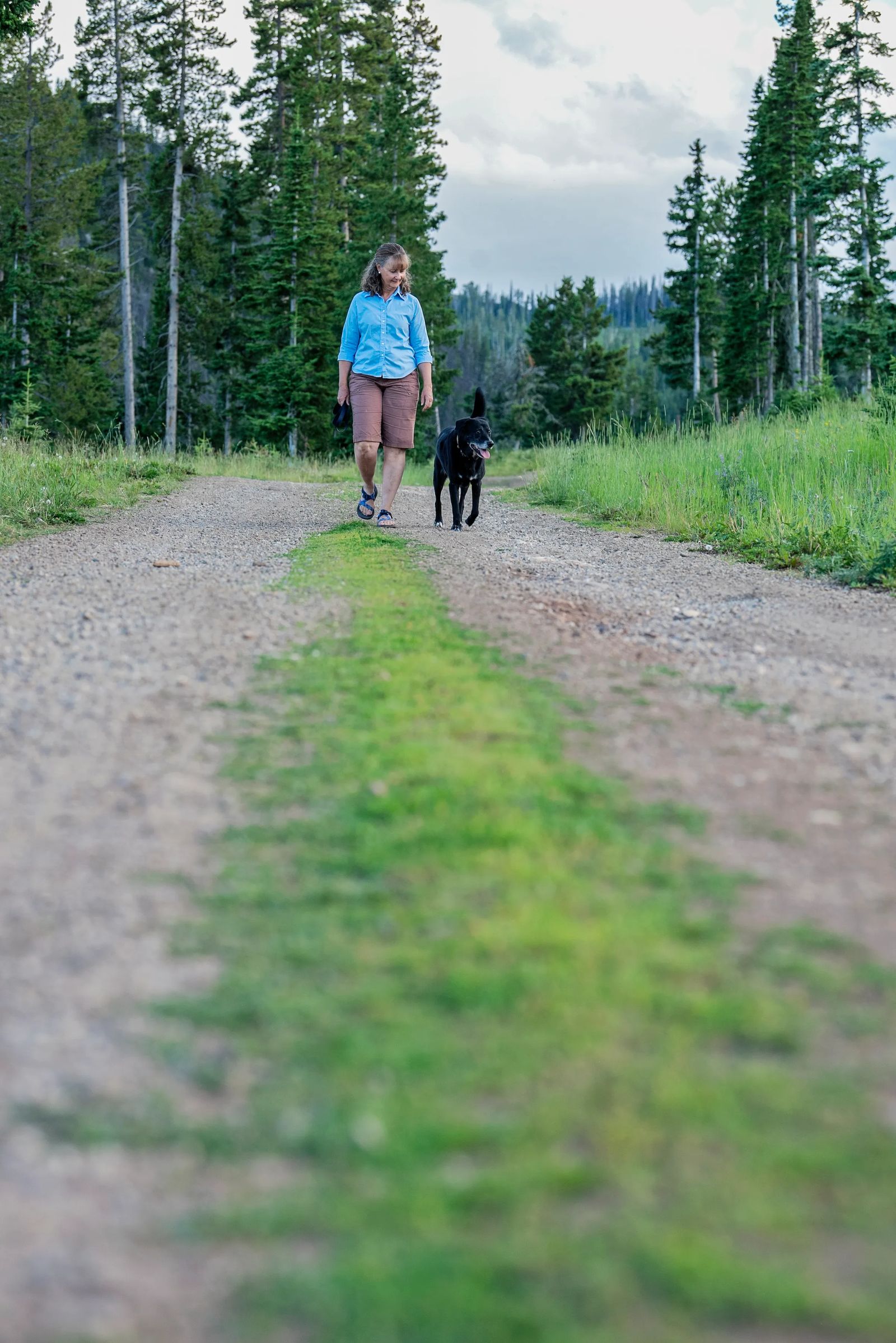 All I wanted to do was cry. I was so exhausted I couldn’t see straight, couldn’t think straight and I really didn’t care about anything. My sane mind knew it was the surgery, this huge thing that had overwhelmed my life. But my depressed mind just kept thinking that life was over. I would never feel any better. I’d never hike or ski again or do anything fun or remotely worthwhile. So, I did what everyone does when they aren’t feeling well – I “googled” it. I had no idea post-operative depression was a thing, especially with mastectomy patients.

It makes total sense. After all, a mastectomy is a completely disfiguring surgery. For goodness sake, it’s an amputation, although nobody talks about it that way. I didn’t have breasts anymore, and I had them for a long time — a good half century. Mine were never huge (let’s hear it for the 32B’s) but they were definitely a part of me.

Knowing there’s a reason behind my depression helped. I took steps to improve my sleep, which was a huge boost. I slowly got my energy back and was able to go for longer walks. Sometimes I’d stop walking and just lie down to let the sun’s warmth and light penetrate the darkness.

Honestly, for the most part I don’t really care about my breasts being gone, but it’s just plain weird. I’ve chosen, so far, to “go flat.” I have a couple prosthetics, but I think they look fake and besides, why wear a bra if you don’t have to?

Once I’d made the decision to remove both breasts, my surgeon said to me, “So you’ll be totally flat-chested like me.” I don’t remember what I said, but my first thought was, “I’ll bet you’re ripped under that lab coat.” But what he didn’t tell me was that there would be absolutely zero topography. Even men have some breast tissue and therefore at least an undulation across their chest. Me, I’ve got nothing. I feel like I have the chest of a 10-year old girl but the waistline of a post-menopausal woman. It’s not the best look, but I’m trying to get used to it. Since my surgery happened in winter, I was able to hide the flat-chested look with bulky sweaters and vests. With summer, I really wondered about wearing T-shirts.

I’m getting there – healing both physically and emotionally. I know I made the right decision, although after my oncologist kept referring to the DCIS as a “pre-cancer,” having a bi-lateral mastectomy seemed a bit of a nuclear option. But I never have to have another mammogram, and have a much-reduced change of getting a full-blown cancer later on.

I am on-my-knees thankful I didn’t have to have chemotherapy and radiation. I’m 61 years old and my breasts have no physical purpose anymore. I’m also a widow, so not having to worry about how the surgery might affect my relationship with my husband or partner made the decision easier.

I tell myself that this wasn’t a life-threatening diagnosis, but instead more of a blip on the radar. Life really is good and it continues on, with or without, breasts. I know I’ll continue to feel better as the months roll by. And who knows, maybe I’ll eventually wear those T-shirts with pride.

Preparing for a Double Mastectomy
What I learned

I had no clue what I’d be able to do after the surgery. The internet articles I read varied from women who never really slowed down to those who couldn’t do anything for themselves for weeks. Since I live alone, I wanted to be prepared for the worst. These are the steps I took to get me through the first several weeks.

I contacted friends and made a list of people to bring me dinner for at least two weeks.

Arranged for my daughter and son to be with me overnight the first several days.

I put all my dishes and necessary food that were above eye level down on the countertop since I didn’t know if I would be able to raise my arms above shoulder height. I also put the dog and cat food and my clothing within easy reach.

I purchased several bigger than normal, heavy, button/zip-up shirts and jackets. This was really helpful because the drain bulbs add a good couple of inches to your waistline and my usual clothing didn’t fit.

The articles I read recommended getting a lanyard to hold the drain bulbs while showering. I didn’t need one because the nurses had already adhered two twist-tie-like apparatuses to my stomach. They did a good job holding up the bulbs and not pulling on the incision site.

I borrowed a reclining chair. This was an absolute life saver because I ended up living in that chair for weeks. I tried to sit on my couch, but it was too uncomfortable with the drains.

I purchased a big pillow, which was comfortable and comforting, to support my arms while sleeping. I slept on my back the first several days, which I hate. Once my chest wasn’t as sore and I could sleep on my side, I needed something to keep my upper arm straight.

CBD oil became my friend. I found it really helped relieve discomfort and helped me sleep. I still use it when I have swelling on the side the lymph nodes were removed.

I found I could move my arms fairly easily within the first couple of days. It took another week or so before I could raise them nearly straight overhead, so there wasn’t much limit to my movement. Within a week, I’d cleared off the counter and pretty much got back to near normal.