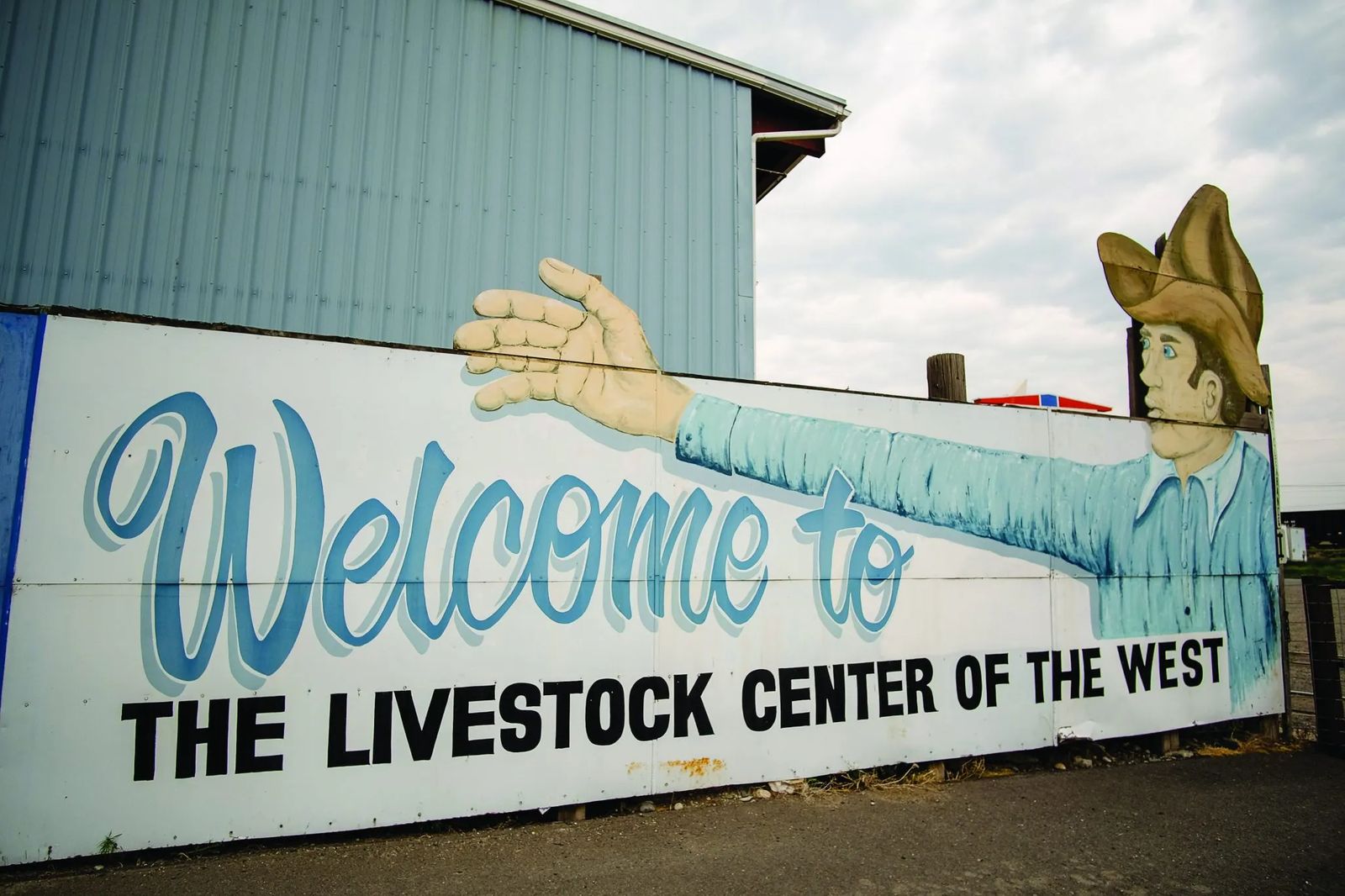 Goggins brought innovation and integrity to the livestock industry

Above Pat Goggins’ desk at the Public Auction Yards hangs a sign that offers a bit of advice. It says, “Raising Children – They’ll teach you everything you need to know about managing a successful business.” It’s his own philosophy and his own words and it perfectly captures his legacy.

Pat Goggins passed away surrounded by family on Dec. 31, 2015. He was the epitome of a self-made man. He was a self-taught auctioneer and owner of the Public Auction Yards (PAYs), the Billings Livestock Commission, and Western Livestock Auction in Great Falls. He was the publisher of the Western Ag Reporter, a paper he owned and operated for more than 50 years. He was a real estate broker and owner of Premier Intermountain Properties. He was also a registered Angus breeder and the owner of the Vermilion Ranch, but to those who knew him best, he was a family man who built a prosperous family business. 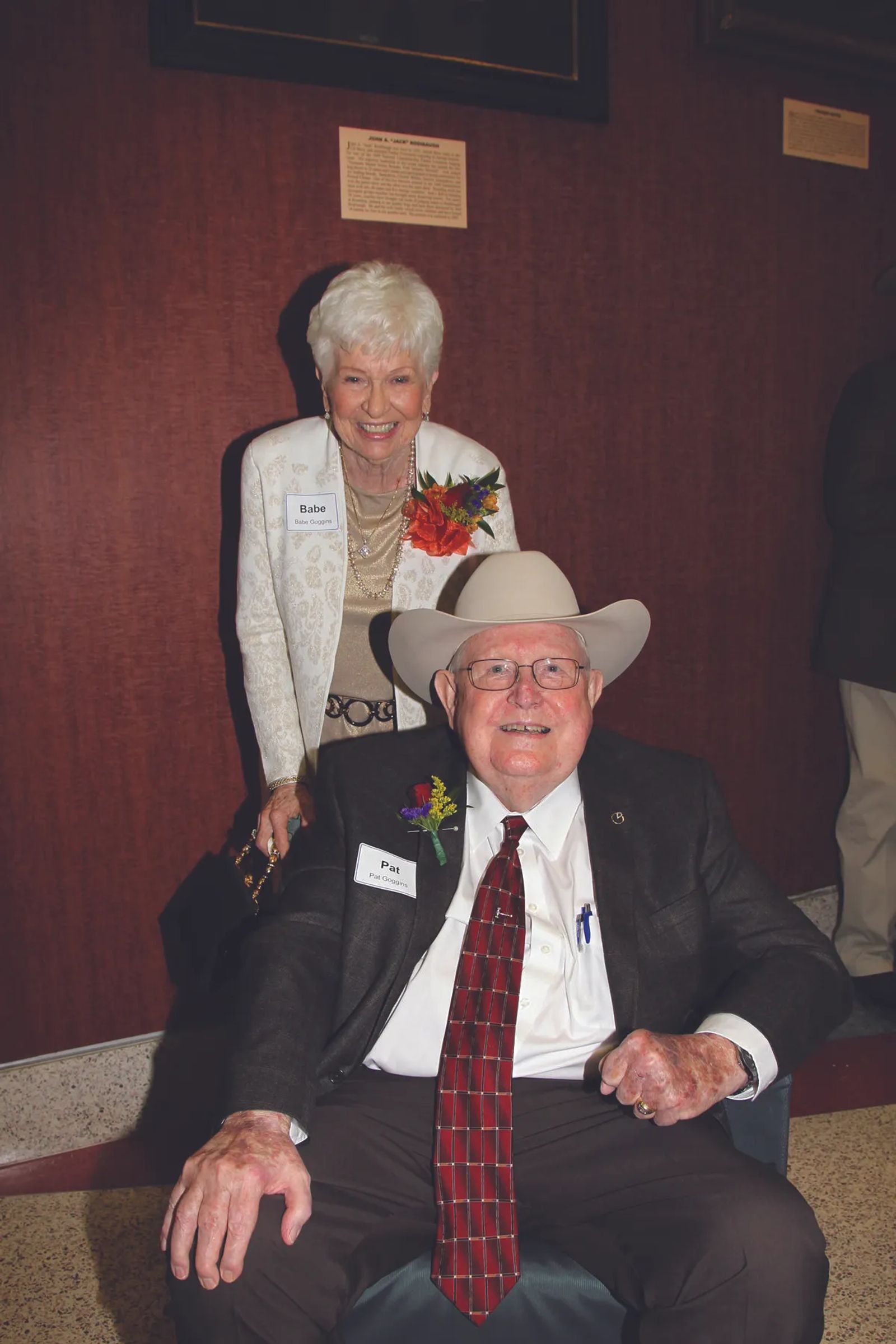 A child of the Great Depression, Pat’s long and varied career began when he started working for the Western Livestock Reporter, a Billings-based weekly that focused on providing producers nationwide with updates on industry news, markets, politics, and related topics. In 1957, Pat was an ambitious, 26-year-old advertising field man, who sold so much advertising for the paper that two years later he was owed more than the owner could pay. Pat purchased the paper for back pay in 1961. That same year, he purchased the Vermillion Ranch east of Billings.

Later, the paper’s name was changed to the Western Ag Reporter when it merged with the Agri-News, another publication Pat launched in 1968. Circulation hovers around 11,000, and the most often read piece in the paper was Pat’s “As I See It” column, which he wrote faithfully every Sunday afternoon until his passing. He was well informed and thoughtful in his delivery, but never couched his opinion.

“We used to tease him and say that he wasn’t listening to mass on Sunday morning because he was too busy thinking of what he would write for his column,” says his son Joe Goggins, an auctioneer and field man at PAYs. 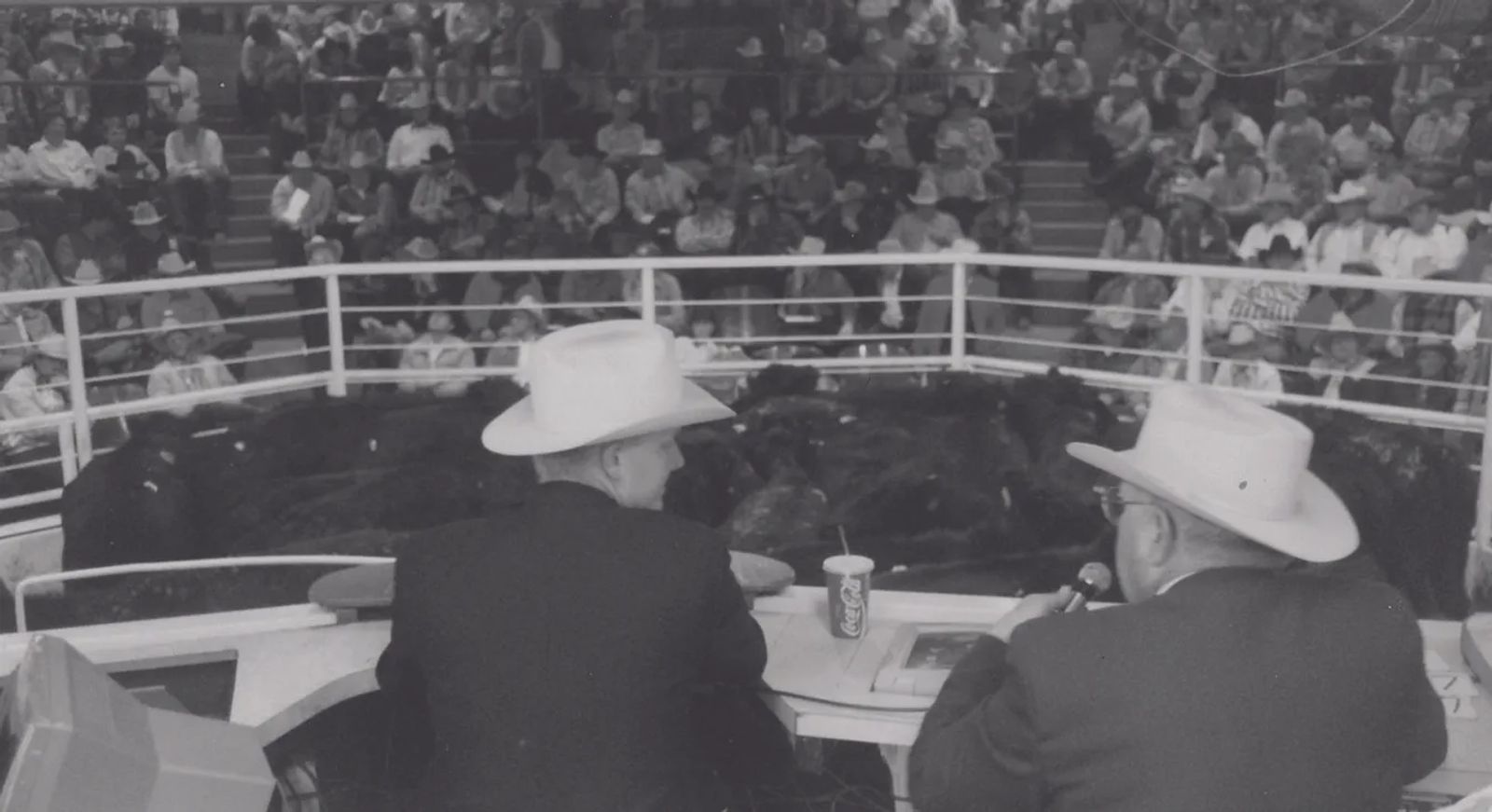 As a field man on the road, Pat taught himself to auctioneer, practicing as he drove, and he eventually developed a solid reputation as a purebred livestock auctioneer. It was about that time a dozen or so investors purchased the old stockyards in Billings, and began selling livestock at auction with regular sales. Before long, the partnership dissolved and Pat purchased the market, which he named the Public Auction Yards. The acronym was intentional. He wanted producers to know that selling at auction paid, says his son-in-law Bob Cook, the manager at PAYs.

“He has been a strong advocate of the auction way of selling his whole life, and that’s why he’s been successful,” says Bob. “Auction is true price discovery, and the business of selling at auction hasn’t changed in 45 years.” 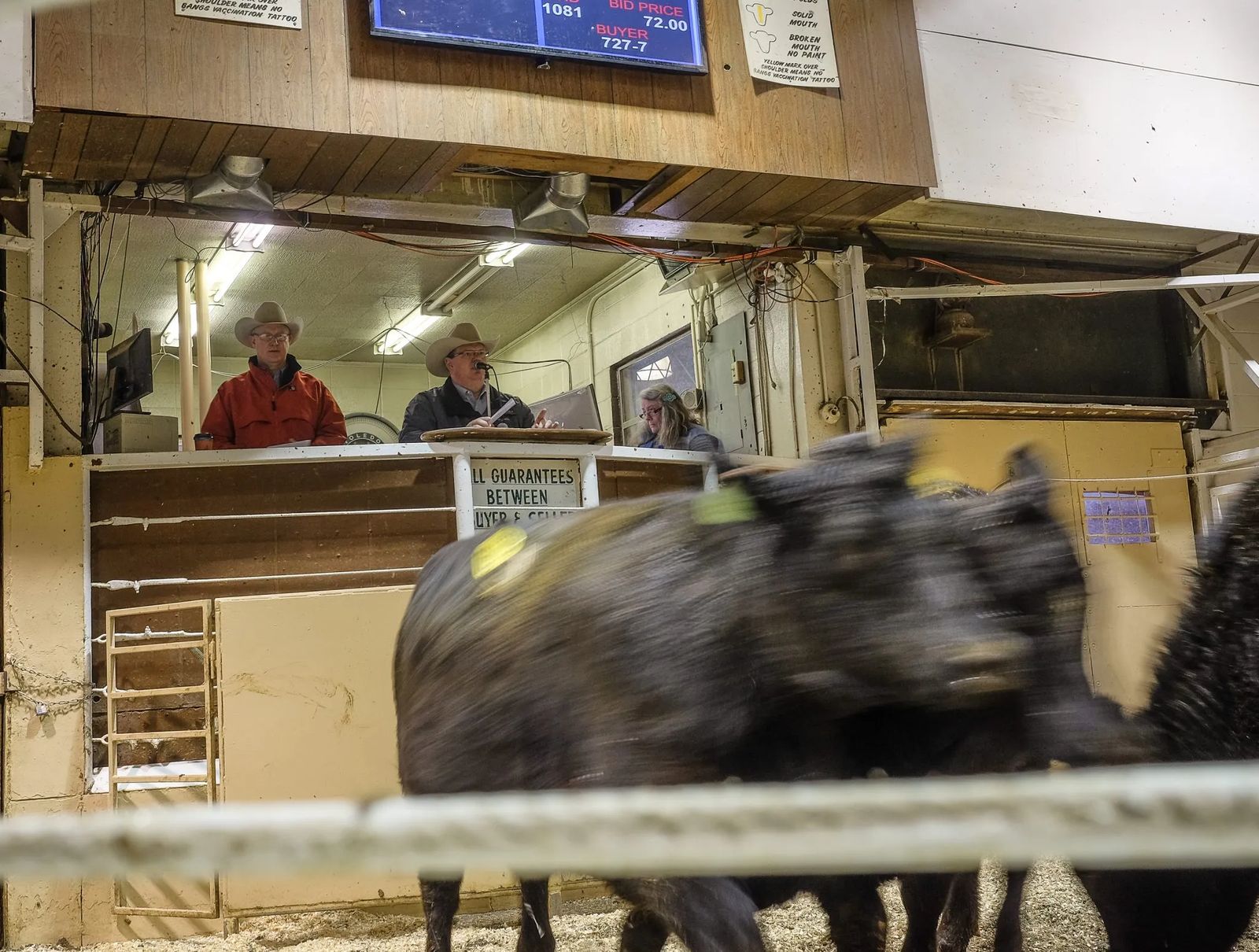 Pat brought innovation to the business, and many would say he was ahead of his time. He hadn’t owned PAYs for long before he added a scale in the auction ring so the weight of the animals was known to the buyers at the time of the sale.

“It was one of the first if not the first ring scales in the U.S.,” Bob says.

At the time, most cattle were weighed after the sale, and the scale was very controversial. Buyers were skeptical, and sellers weren’t sure of the idea either. Now, there isn’t an auction market in the nation without a ring scale, Bob adds.

“We couldn’t do what we do without family,” Joe says. “And we have a lot of people in these businesses who aren’t family but who are like family to us.” 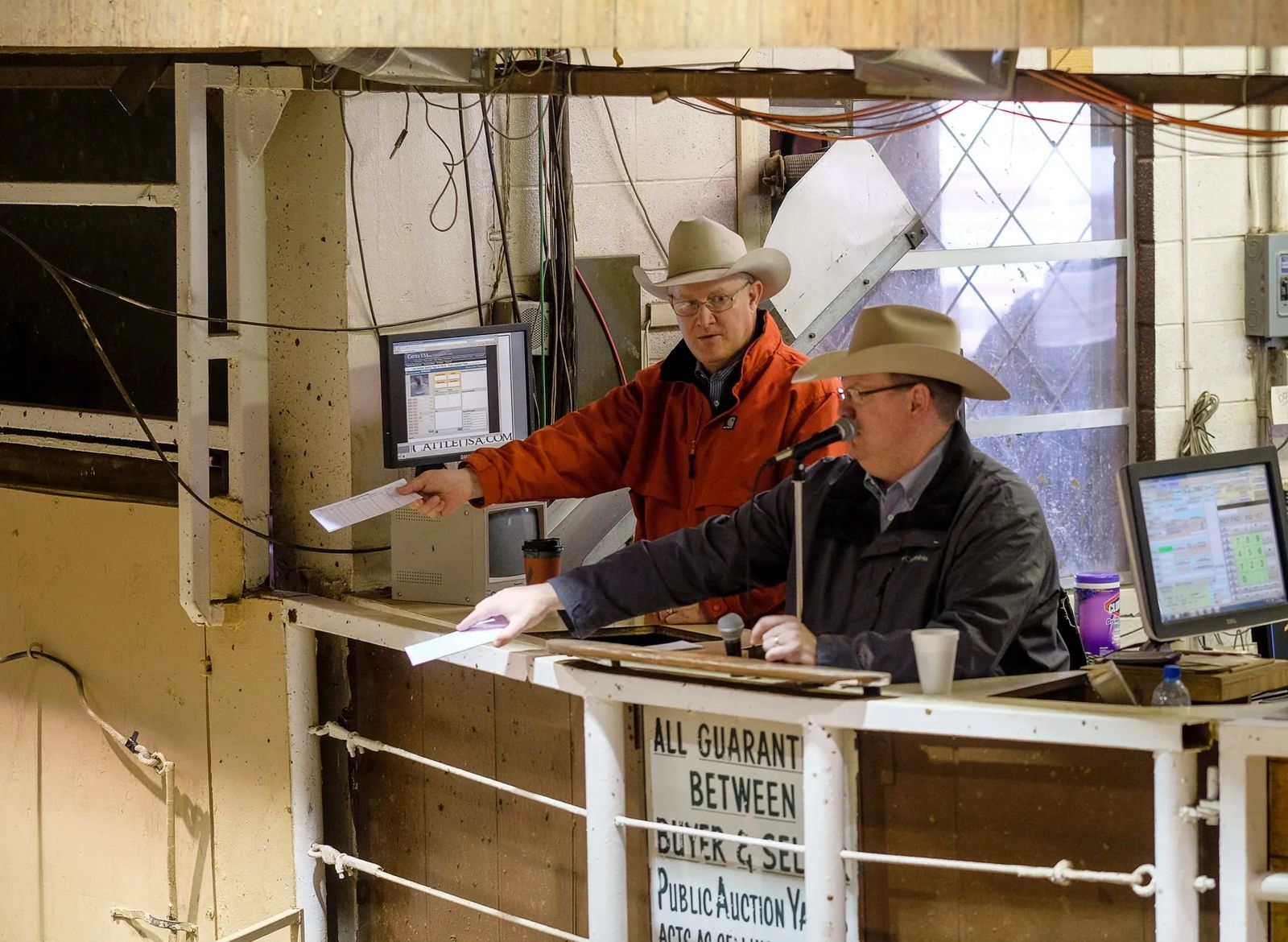 Pat was also ahead of his time with an idea that’s now commonplace in auction markets – remote video sales. In 1976, he was the first marketer in the nation to introduce video sales. Buyers came to PAYs to watch and participate in the sales, which were held at various ranches.

Now, online video bidding makes up a large portion of the sales at both PAYs and Billings Livestock Commission. In a spinoff business, Pat launched Northern Livestock Video, an on-location auction company that strictly does video sales. The company does about four major sales a year, selling about a quarter million cattle a year, Bob says.

“The concept is the very same as it was in 1976, but the technology is better,” Bob adds.

Even though the Goggins own both auction yards in Billings, there’s no shortage of competition, even among family. Each market is hoping to attract more buyers and bring in higher numbers, Joe says.

“Dad used to say, ‘Show me a business with no competition and I’ll show you a business I don’t want to be in,’” Joe adds. “He thrived on competition.”

As the family grew and his children graduated from college and the grandkids got older, Pat expanded the ranch and took on more businesses. There was no shortage of work for anyone.

“But he knew that if you get bigger than what your immediate family can handle, then you’re too big,” Joe says.

Even though Pat had an unmatched work ethic that brought him success in everything he set out to do, he was never absent from his family. His children all fondly remember his involvement as they participated in various activities and sports.

Becky Anderson, Pat’s granddaughter played basketball for Montana State University Billings, as did her sister and several of her cousins. Pat went to every game, traveling across the country to watch his grandchildren play.

“That was who he was. He was at every game, at every baptism, at every first communion, at every wedding, at every birth for all of us. If he could be there he was there,” Becky says.

When Becky was younger, she didn’t realize the scope of her grandfather’s accomplishments, but as she’s gotten older she’s seen the fullness of what her grandfather built. Family was at the core, but Pat touched many lives.

“He was bigger than life,” she says. “He was a really good human being who lived a meaningful life not only to us but to many, many people across the state and this nation.”