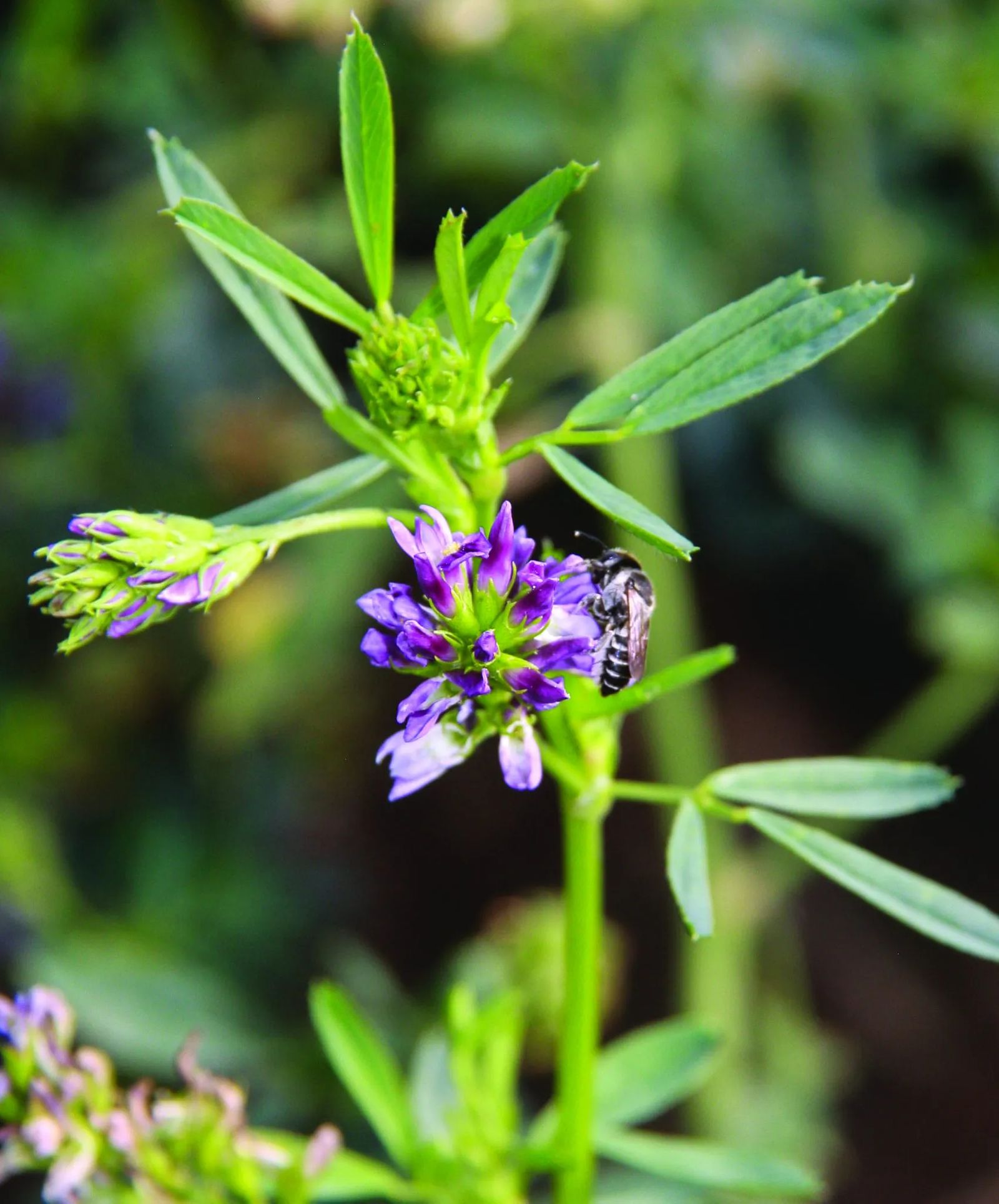 Leafcutter bees prove to be an alfalfa crop’s biggest ally

The leafcutter bee doesn’t look like much. At first glance, it could easily be mistaken for a fly, but this little winged creature is a vital link in the process of raising certified alfalfa seed. Leafcutter bees are alfalfa’s most efficient pollinator, and they have the ability to triple the seed yield on every acre.

Dave and Tim Wetstein have been raising certified alfalfa seed – and the leafcutter bees that pollinate it – for more than 30 years in the Clarks Fork Valley near Edgar. After three decades working with the small black and white bee, Dave is still fascinated by them and the work that they do, and he’s always learning something new.

Alfalfa can be pollinated in many ways. Other insects, including various bee species and even the wind can help out, but leafcutter bees do the job the best. If an alfalfa field is left alone to pollinate naturally each bloom will result in about three seeds, says Dave Wetstein, but if leafcutter bees are put on the field, each blossom can produce up to nine seeds. The trick is catching the alfalfa at the right time – ideally on the first day it blooms. 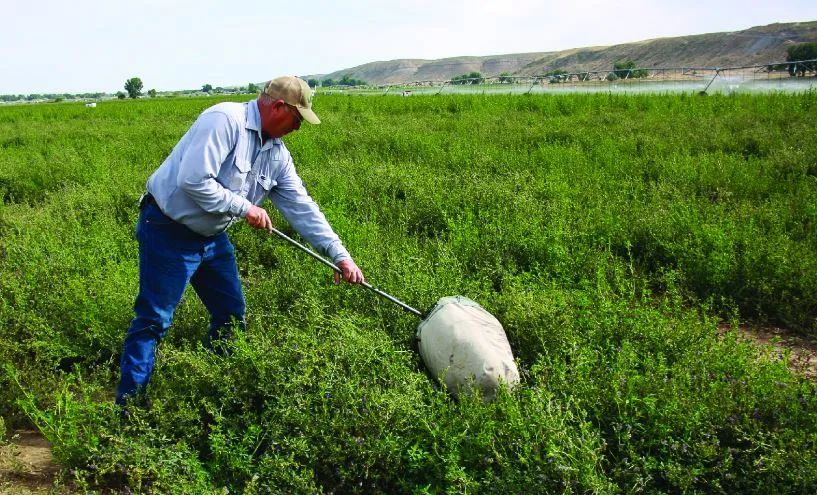 To be ready, the Wetsteins begin by preparing the bees 28 days before the alfalfa will blossom. It’s an educated guess as to when that will happen, but these brothers have experience on their side. The bee eggs are kept in a warehouse-sized incubator at a steady 50 degrees. About a month before they’re needed, the Wetsteins transfer the leaf-encased eggs from large, sealed tubs to open-air trays. The cases look like small, pale green pellets. Dave and Tim turn up the heat to 85 degrees and when they see signs of life, they place covers on the trays and prepare for the larvae to break through the hard leaf casing. When all the bees have hatched, they move them to the fields, at night, when the bees are less active.

“In those last three or four days every one of the trays sounds like you just poured milk over a bowl of Rice Krispies,” Dave says.

Dave Wetstein holds a leafcutter bee egg encased in tiny pieces of alfalfa leaves, which were cut and carried by a female leafcutter bee.[/caption] 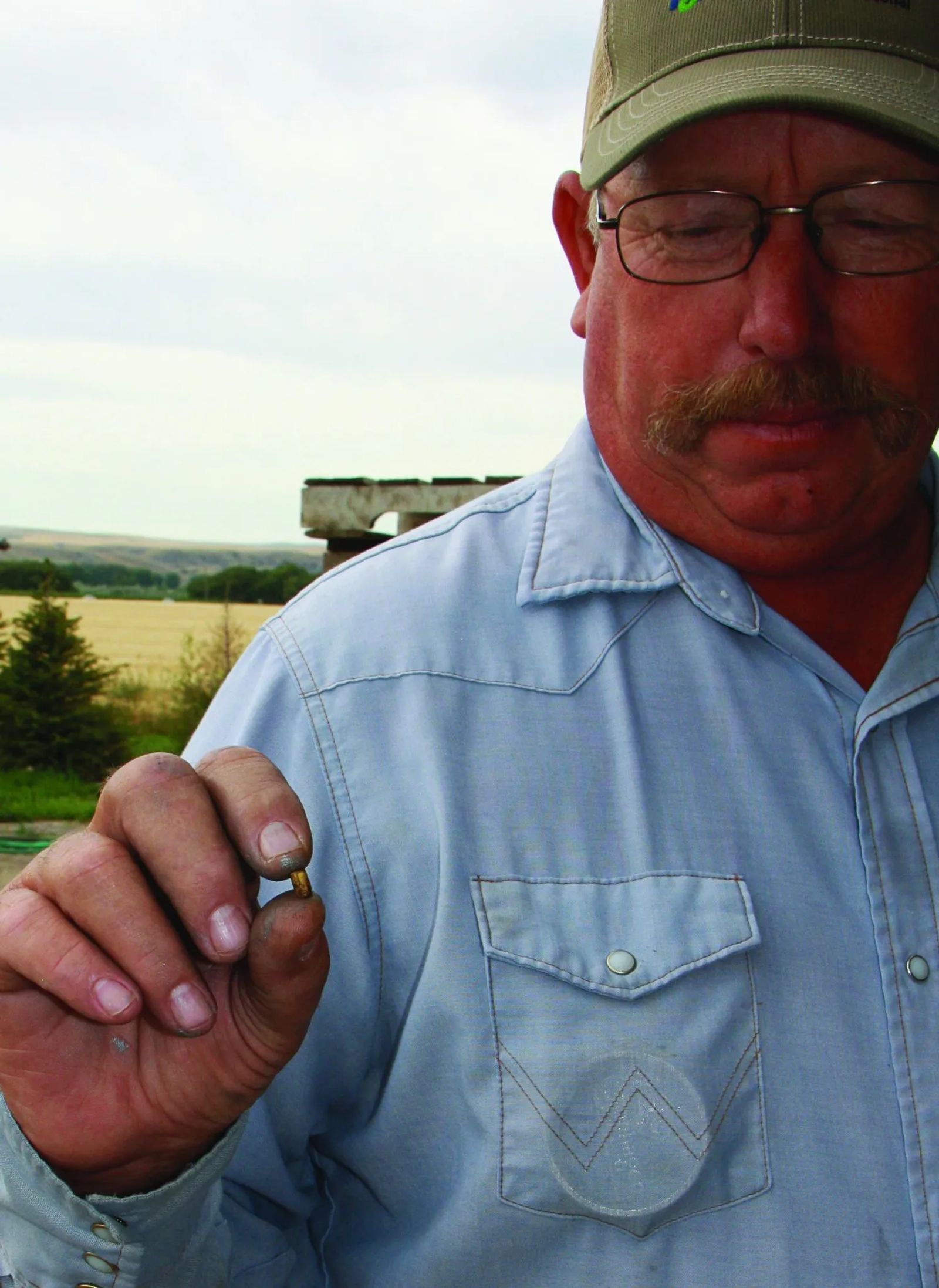 The incubation time is a tense time, and it usually falls during a time when the Wetsteins are trying to get water started on their other crops, specifically Coors malting barley and sugar beets, which are rotator crops for their alfalfa fields.

“The incubator is the first place I come in the morning and the last place I check at night and I’m in there several times a day usually,” he says.

Leafcutter bees do not live communally in hives like other bees. They are solitary, and don’t need a queen. Instead, they reproduce like any other insect. Females outnumber the males, and they’re the ones who need the “houses” the Wetsteins build. The houses have thousands of holes sandwiched between boards that provide a place for the females to lay eggs. One female will lay several eggs, and each is wrapped in a casing made of tiny pieces of alfalfa leaf, which the female cuts with her mandibles. Each case includes pollen to provide food for the larvae after the egg hatches. At the end of the season, each one of the holes should be filled with eggs. The pellets are then removed using special equipment and stored for the next season. Over the winter, the Wetsteins test them for viability to determine if they have enough for next year’s growing season.

A CROP WITH STABILITY

“It was a whole new deal,” Dave says. “It’s not something your dad could teach you.”

Leafcutter bees could easily be mistaken for a fly.[/caption] 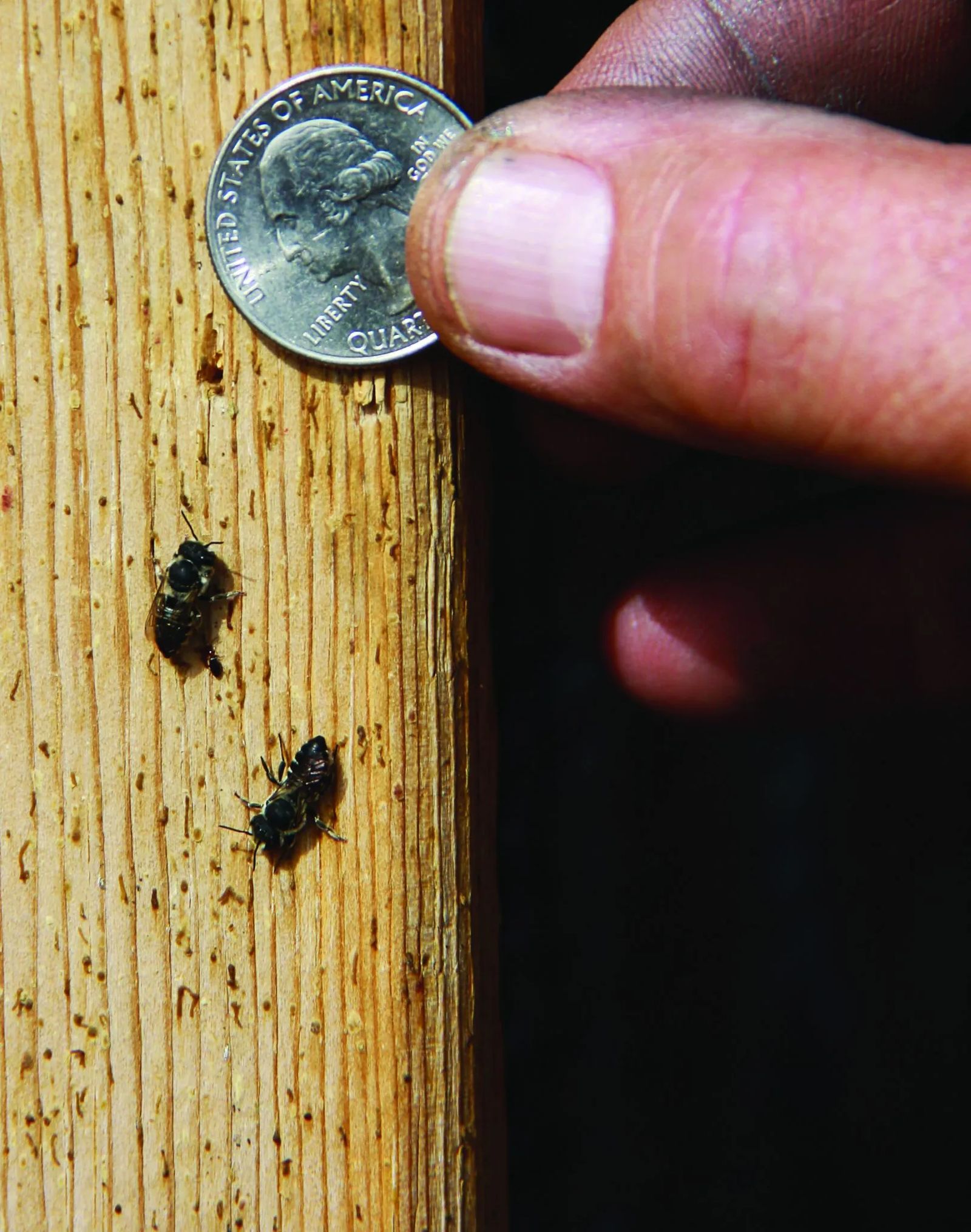 At the time – that was in 1984 – Dave and Tim were raising cattle. The cattle markets in those years were volatile, and the Wetstein brothers were looking for something with more stability.

“With the markets the way they were, the potential for losing everything was astronomical,” Dave says.

Certified alfalfa seed has some great advantages, he continues. For starters, the market is fairly stable, and seed companies lock-in contracts with producers for three years at a stretch. Another reason that it appealed to the Wetstein brothers is that certified alfalfa seed had the potential to bring in more profit than projected.

“It’s the only crop where you could go to the bank for your loan with your projections at 500 pounds, and could end up with 1,500 pounds – and the seed company will buy it all,” Dave says.

The Wetsteins raise low lignin alfalfa seed. Low lignin feed is in demand by dairy farmers, who prefer it because cattle digest it more efficiently and produce about 10 percent less waste. Certified alfalfa seed also sells for three times more than common seed, which is planted in most alfalfa fields used for feed locally. The leafcutter bees also provide a potential income stream.

“The income off of them isn’t something we can count on,” Dave says. “Some years we make a little money on the bees and some years we have to buy some.”

Leafcutter bees are sold by the gallon, and there are about 10,000 live bee eggs per gallon. Each gallon fetches about $65. The Wetsteins use about three and a half gallons of bees per acre – and currently have about 500 acres in certified alfalfa seed production. In a typical year, Dave and Tim handle about 5,000 pounds of bee pellets.

The Clarks Fork Valley is a good, temperate place for raising leafcutter bees, Dave says. In other places, especially hot climates, producers don’t even try to keep bees from one year to the next and are forced to buy all new bees every year.

There are several successful certified alfalfa seed producers in the Yellowstone Valley area, but like most everything in agriculture, it’s not a sure thing. The bees can be touchy and are very temperature sensitive, Dave says. It takes a dedicated temperature-controlled incubator, and when it comes to treating the fields for weeds and insects, you need to be careful not to kill your precious, profit-boosting pollinators.

“There’s a lot of guys who don’t do it because it’s a lot of work and they think it’s too complicated,” Dave says.

But if 30 years experience has taught the Wetsteins anything, it’s taught them that the bee business is worth the investment.