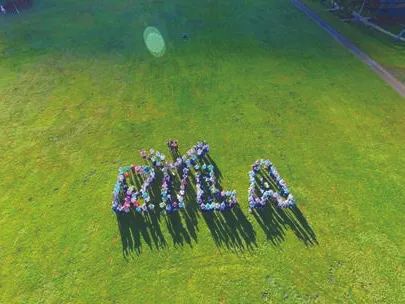 The Best Decision Ever

Have you ever had someone sneak in and steal your heart? For me it wasn’t one person, it was many, and much to my surprise, they were teenagers. I describe myself as a people person — not a baby person or a kid person. I like fully formed and functioning adults talking business and building teams that drive corporate success. Mmm, a day of that is as good as a day on the beach.

Until the teens snuck in. I was minding my own business, volunteering as a grant writer for Rotary International, when a Rotarian asked me to help with their teen leadership camp with some team building. I met his team for a brainstorming session at Luccock Park, near Livingston, which was the first problem. The moment I stepped into that meadow, I was a goner and I would have done just about anything, except dishes, to be in that space for more than an hour.

I left the session with a new title and a weeklong gig that has lasted 10 years now — Rotary Youth Leadership Awards curriculum director. Never mind that I hadn’t met the kids. I knew that the work was what I wanted to do —  a job working with the best and brightest our state has to offer, teaching them about leadership and teamwork and then sending them off to a bright and shiny future.

Later that summer, during our first camp together, the Rotarians, my husband (whom they now call Papa Paul), and I demonstrated Service Above Self, a Rotary Motto, and the Four Way Test, The Rotary Pledge, to these youngsters. We challenged them to bond, rewarded them with apples and peanut butter and stood in awe as they took my concept of meaningful recognition to dizzying heights. I think that is what did it, watching these high school sophomores wrap each other in words of praise. It won my heart. 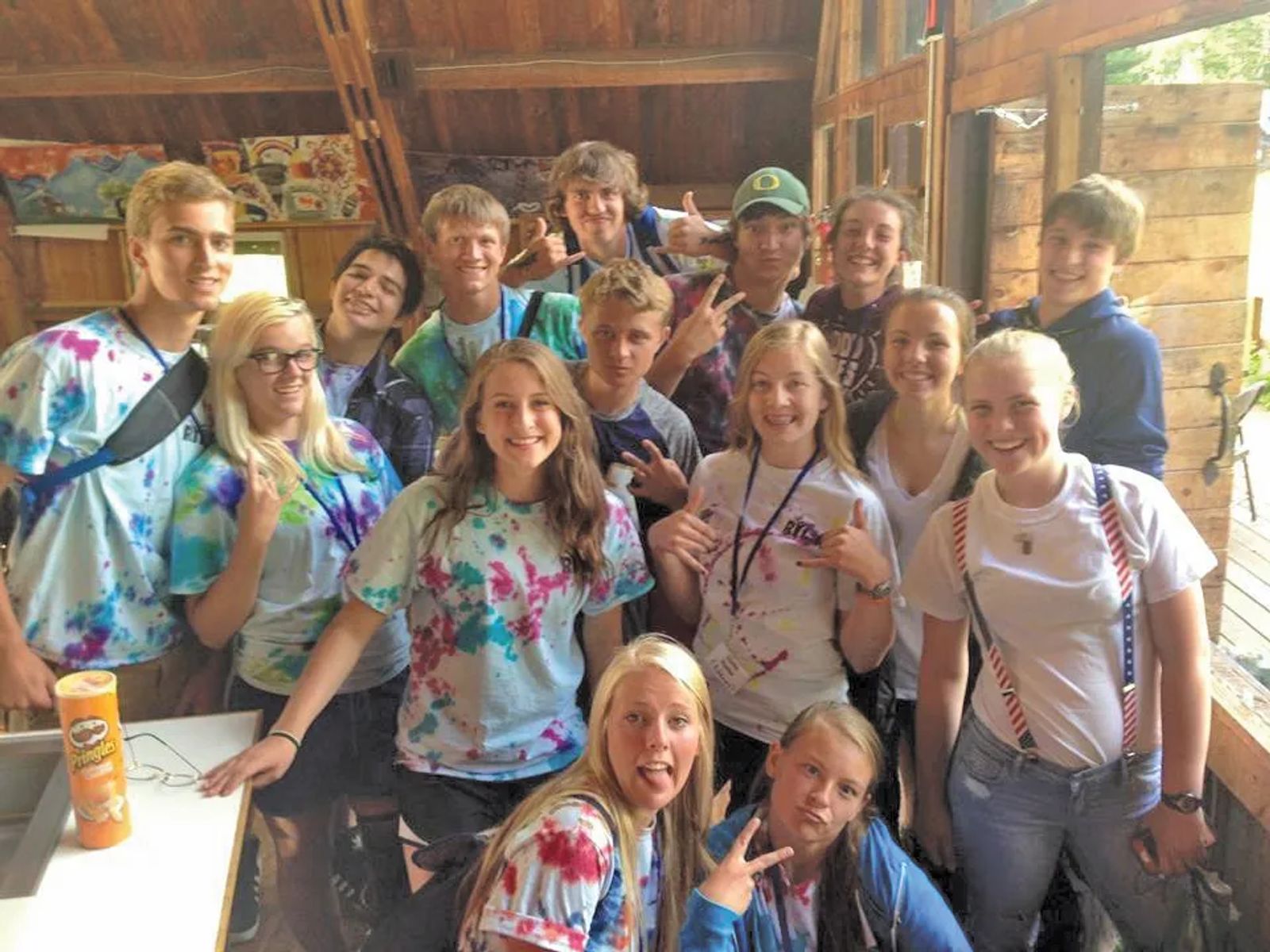 Those recognition sessions gave the students a chance to look for the best in the world, and in each other. To see a teen, especially a shy one, recognized over and over by her peers — well, that’ll put a lump in any curmudgeon’s throat. You can see these children grow, like July corn, right before your eyes.

It was more than that though. It was a group of teens being absolutely non-judgmental of one another, and making a group decision to wrap their loving words around a young man, Matthew, who we later found out was so crippled by OCD that he was frightened of almost everything. His leadership light was under a bushel basket. After a week of positive recognition, Matthew left camp to become a student council leader, a member of the track team and eventually a promising college student.

We saw firsthand the power of giving teens good direction along with a little space to practice their burgeoning skills.

I’m telling you this because you may be like me — a little scared because you know, “kids today.” Teens feel like uncharted territory if you don’t spend much time with them. This, however, is what I want you to know. Spending time with these teens has been the second-best decision I ever made. The first was getting hooked on London Fog, a tea latte. (I suppose you expected something sappy like marrying my husband, but if you’ve ever had a London Fog on a cold morning, you understand my ranking system. And he won’t read this, so he thinks he’s number one. All is well.)

The team building I do is powerful. It is fun, and it is very popular with people who are trying to grow others, often on a shoestring budget. I could do what I do for free every hour of the day, but I can’t, according to my accountant. When I decided to volunteer with Rotary Youth Leadership Awards, I had a feeling they would take my lessons to the world, that they could do the heavy lifting I couldn’t. 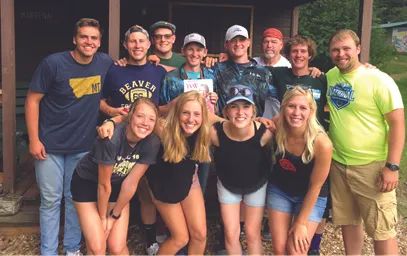 That is exactly what has happened. These students have started nonprofits, raised tens of thousands of dollars for civic causes, run anti-bullying and pro-body-image campaigns, served in school mentorship roles, and had more impact on the world than I ever could have had alone. They could also run the camp without our guidance, as we let them make the decisions after teaching them the concepts, and we invite the best and brightest back each year to hone their skills. Today, one of our long-term leaders is even mowing my lawn, because he knows things are a little crazy in my world and he called, asking if he could lend a hand.

Service Above Self. When a teen “gets it,” anything can happen.

Years of “practice” with this group, watching teens rise to the occasion, has helped me to develop a program I use in schools and train other coaches to use. It is all because I said “yes” when I normally would have said “no.” I listened to that little voice in the back of my head, the one that says, “What if?” and “If nothing else, it’ll be fun to do something new.”

You have something you do that no-one else can do.  You have a way of looking at the world, of frosting a cake or creating success. Imagine finding a group of teens and sharing your heart with them.

I’d suggest you not do it as a lecture, but that you do it beside them, give them easy ways to choose the right action, but stand beside them and tell them how impressed you are by them, because you will be, time and again, as you see them grow.