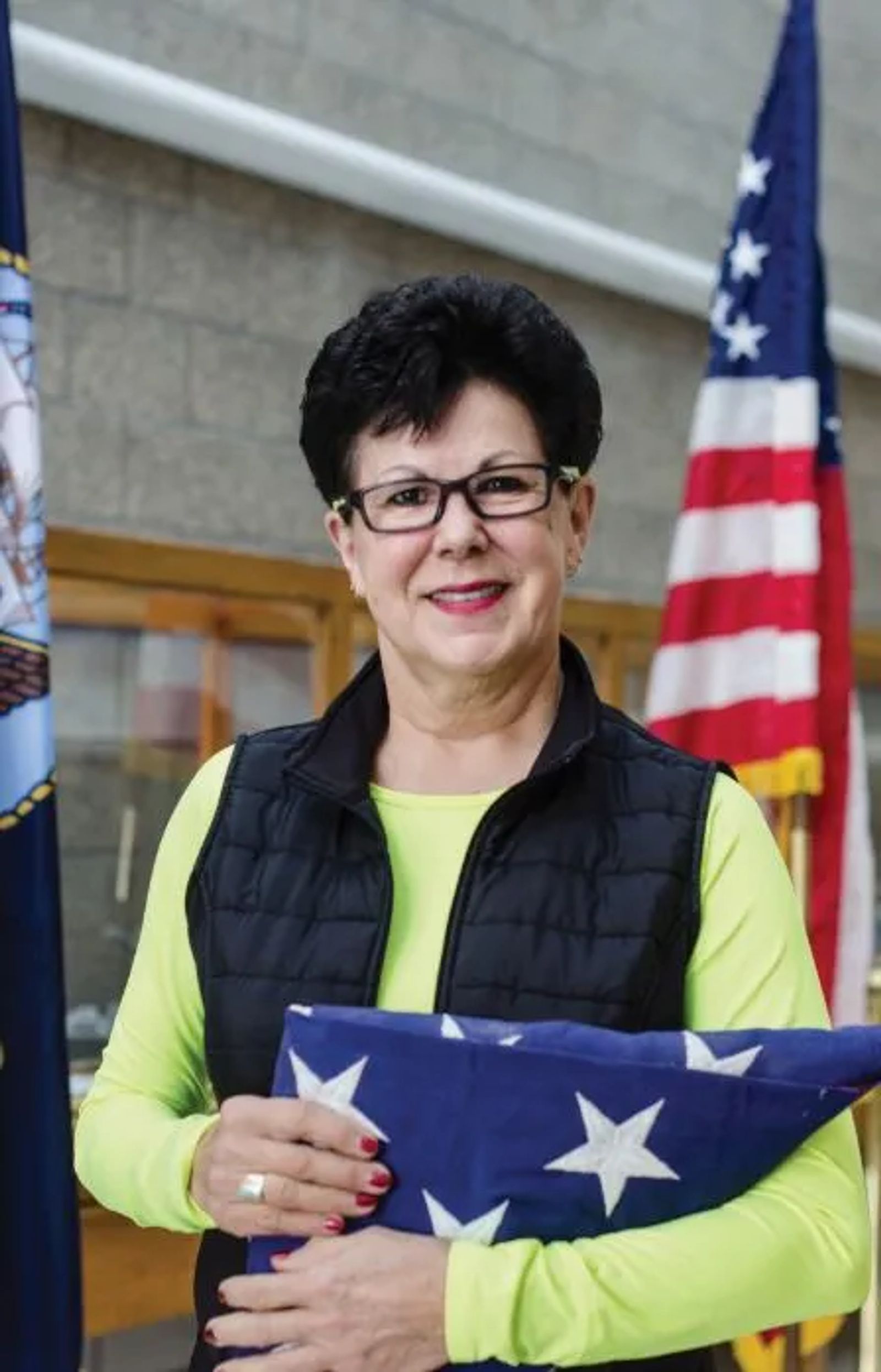 A daughter driven to carry on honor

Petty Officer Keri Kiesser, E6, knows what honor is. She knows not only because of her career with the United States military, but by being raised on it by her father, World War II veteran Private Donald Kiesser. She spent her life defending honor and ended up passing it on to hundreds of others over the years.

"On behalf of a grateful nation and proud Navy I present this flag to you in honor and recognition of your (father's, son's etc.) honorable and faithful service to this country."

Now retired, Keri Kiesser has spoken those words close to 400 times to the parents, relatives and other loved ones as the Navy Honor Guard representative to eastern Montana, northern Wyoming and eastern North Dakota.  The significance of those words, however, carried immeasurably more meaning to her when she spoke them to her own father, as she handed him the folded flag that represented you and I, the “grateful nation.” 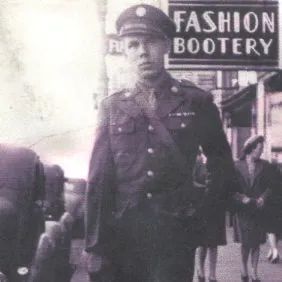 Keri’s father, Don Kiesser was a proud Army Veteran. “He was always proud of his country,” his daughter says. He loved WWII memorabilia. Keri had a special jacket made for him with his WWII Company insignia on it, which he loved to wear. Unfortunately, Private Kiesser wasn’t able to serve for very long because, Keri says, “He was hit by shrapnel at the Battle of the Bulge not long after he enlisted. The metal shards shredded his shoulder and it took eight days to get him out to the hospital ship.” He carried that piece of shrapnel on his keychain until just before his death when he passed it on to one of his grandsons.  The shrapnel may have ruined his shoulder, but his pride of country remained intact. He was “very proud of serving,” as well he should be. So, when his daughters decided to join the Navy he was so very proud of them too.

In 1971, two years out of high school in Cutbank, Montana Keri joined the Navy, enlisting with her sister, Debbie.  "I didn't have the money to go to school and didn't have a career path," she says, “so this was a great option." Keri liked the potential of structure and traveling and had an interest in being an oceanographer. So, the sisters enlisted and were off to boot camp in Bainbridge, Maryland.

"I matured in the military," Keri says.  This “shy and inhibited” girl, got to wear a uniform that helped build her self-esteem. It gave her a sense of pride. She had found a "home" and sense of belonging within the Navy. After her three years were up, she wanted to stay with her new "family." However, it was 1974 and she had no interest in being a part of the Vietnam conflict or going overseas. So she enlisted in the reserves/National Guard instead of active duty military, which gave her the option of staying closer to home. Keri's assigned work as a (medical) corpsman never did lead her to the ocean, but she did have countless adventures all over the nation. 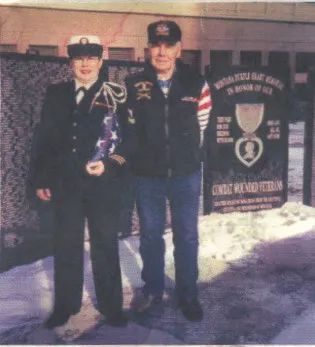 In 2001, Keri got called up from reserve status into Active Duty for Special Work (ADSW) for a very unique task. She was brought on board to begin a funeral honors program for the Navy. And even though she served double duty for a while by acting in her role as corpsman and running the medical department of the reserve center in Billings serving about 120 reservists, it was her special work role that struck closest to her heart.

It seems like a simple act. The handing of a single object from one person to another. However, passing a flag to a bereaved relative is an act of great, great honor. “Military Funeral Honors is a way to show the nation's deep gratitude to those who, in times of war and peace, have faithfully defended our country. This ceremonial paying of respect is the final demonstration a grateful nation can provide to the veteran's family.” Keri says, “It is the least we can do.”

Address the draped flag on the coffin. Pick up both ends. Move to the side. Fold the flag (13 folds representing the original colonies). Place the 3 cartridges (ceremonially representing the fired rounds of the honor guard) into the folds. Receive the flag from the lower ranking official. Salute. Turn flag around and present it to the family.  “On behalf of a grateful nation…”

That simple act, when the gloved hand touches the hand of the flag’s receiver, Keri says “brought a lot of closure to the families. Sometimes the veterans had become difficult to live with because of their combat experiences and this simple act brought the beauty and honor back to their lives.”

In this final assignment of Keri's career, she and other reservists traveled thousands of miles to over 400 funerals to bring the beauty and honor back to those who honored their country with their service.  Simple acts. Simple words. Unmeasurable meaning.

Jeraldean Kiesser, Keri's mother, had a favorite saying.  “Don’t put flowers on my grave," she said, "give them to me now so I can enjoy them!”  It was in this spirit that Keri asked for special dispensation to present her father with a flag before he passed away, even though it is generally a posthumous recognition.   Keri wanted her proud veteran father to be able to “enjoy” the honor of that flag.

So in 2004, at an intimate ceremony in front of the Yellowstone County Veterans Memorial where her father's name Private Donald H Kiesser is listed as a Purple Heart Veteran recipient, Petty Officer First Class Kiesser presented him a folded flag, on behalf of a grateful nation. He received it with tears in his eyes and displayed it with great joy until his death in 2007. 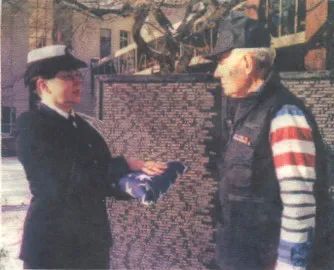 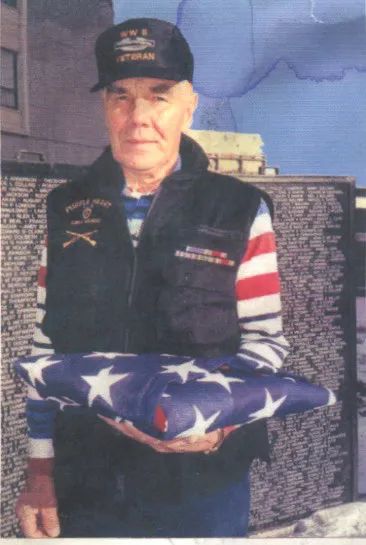 After 17.5 years of active and reserve service, serving not only the Navy but also the Army and the Air Force, Keri retired. On the day of her retirement, a flag was flown at the memorial site of the Battle of the Bulge in the Ardennes in Germany in honor of her father. That flag, along with her father’s flag, sit in place of honor in the Kiesser household, along with her love of country and pride of her veteran father.

On behalf of a grateful nation, Petty Officer Kiesser, we thank you.