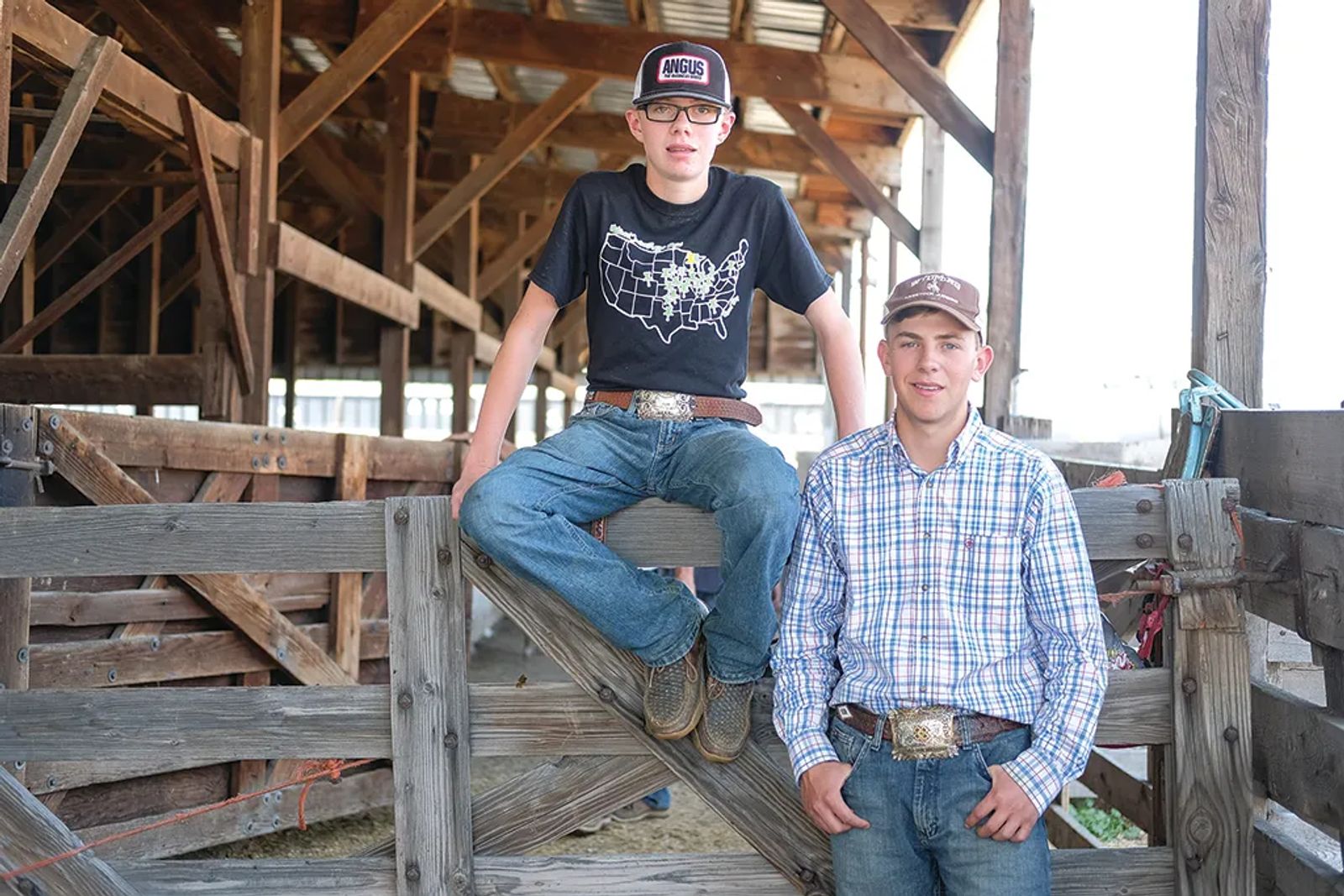 If you are in a livestock-related industry or into country music, you might be able to hum that old Leroy Van Dyke tune, “The Auctioneer.” It tells the story of a young Arkansas boy who longs to — do or die — learn that auction cry.

You might also think of that famous song as a tribute to an old-fashioned but dying profession. But if you hit the auction yards, or take a trek to one of the schools for up-and-coming auctioneers, you’ll see plenty of young people still wanting to learn how to make the rhythmic sounds that drive the sales.

Two of these younger people are Bronson Smith, of Powell, Wyoming, and Connor Cook, of Huntley, Montana. Both have been going to livestock auctions since they could walk, probably even earlier. Recently, they have been developing their auctioneering skills predominantly on their own. 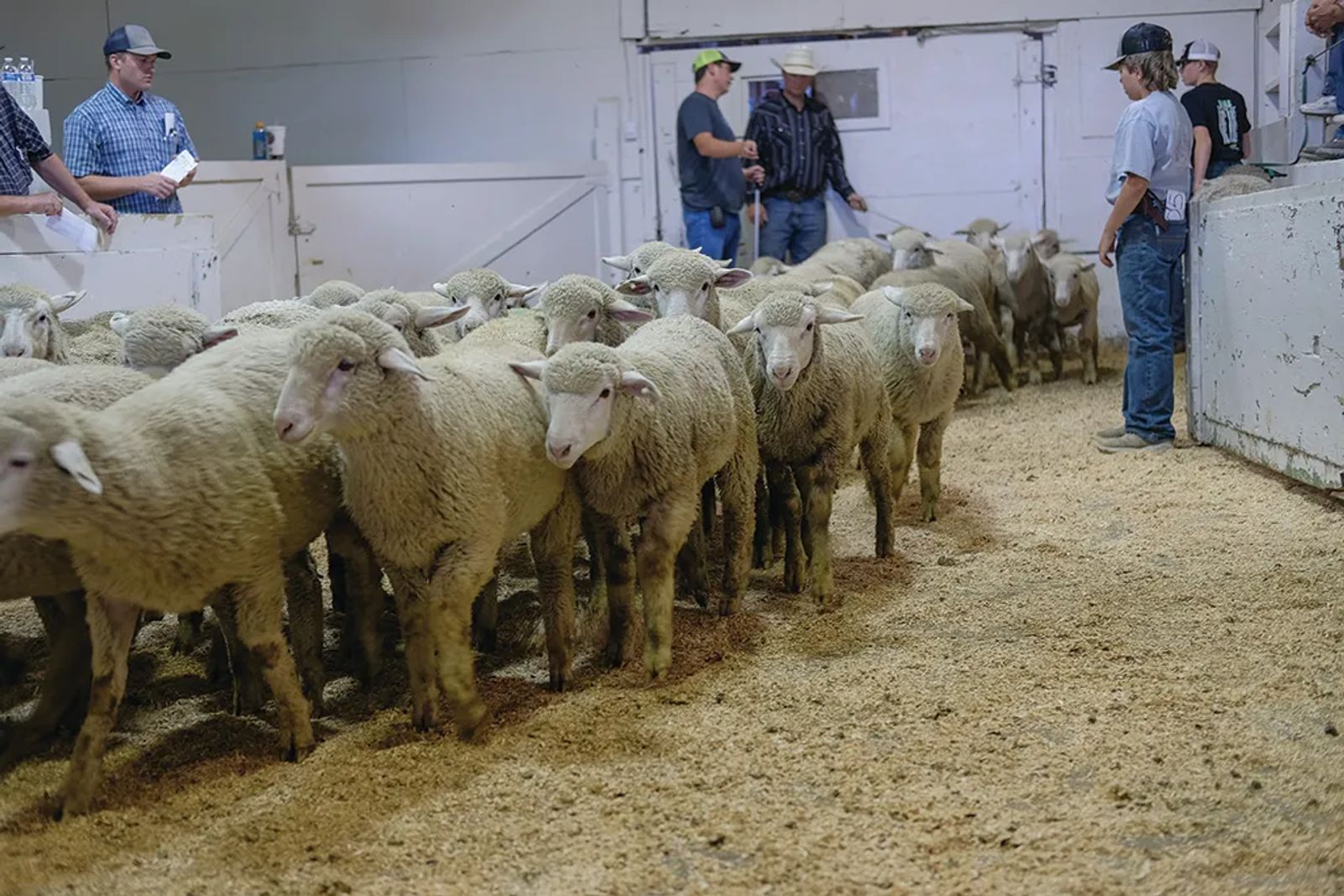 Bronson, 18, represents the fourth generation of what is now known as the Smith Sheep Co., an operation whose primary focus is raising, buying and selling sheep. The family has also formulated sheep rations, which they use themselves and sell to other sheep people.

Bronson is now attending Casper College in Wyoming, majoring in animal science with a minor in business. He originally planned on going back to the ranch, but now he’s thinking of a future in livestock auctioneering.

“I had been coming to the sheep auctions for a long time,” he says. “I finally started to listen to the auctioneers, what they were saying and how they said it. I thought I could do it and started practicing.”

“I want to keep my options open,” he adds, “and livestock auctioneering is definitely an option.” 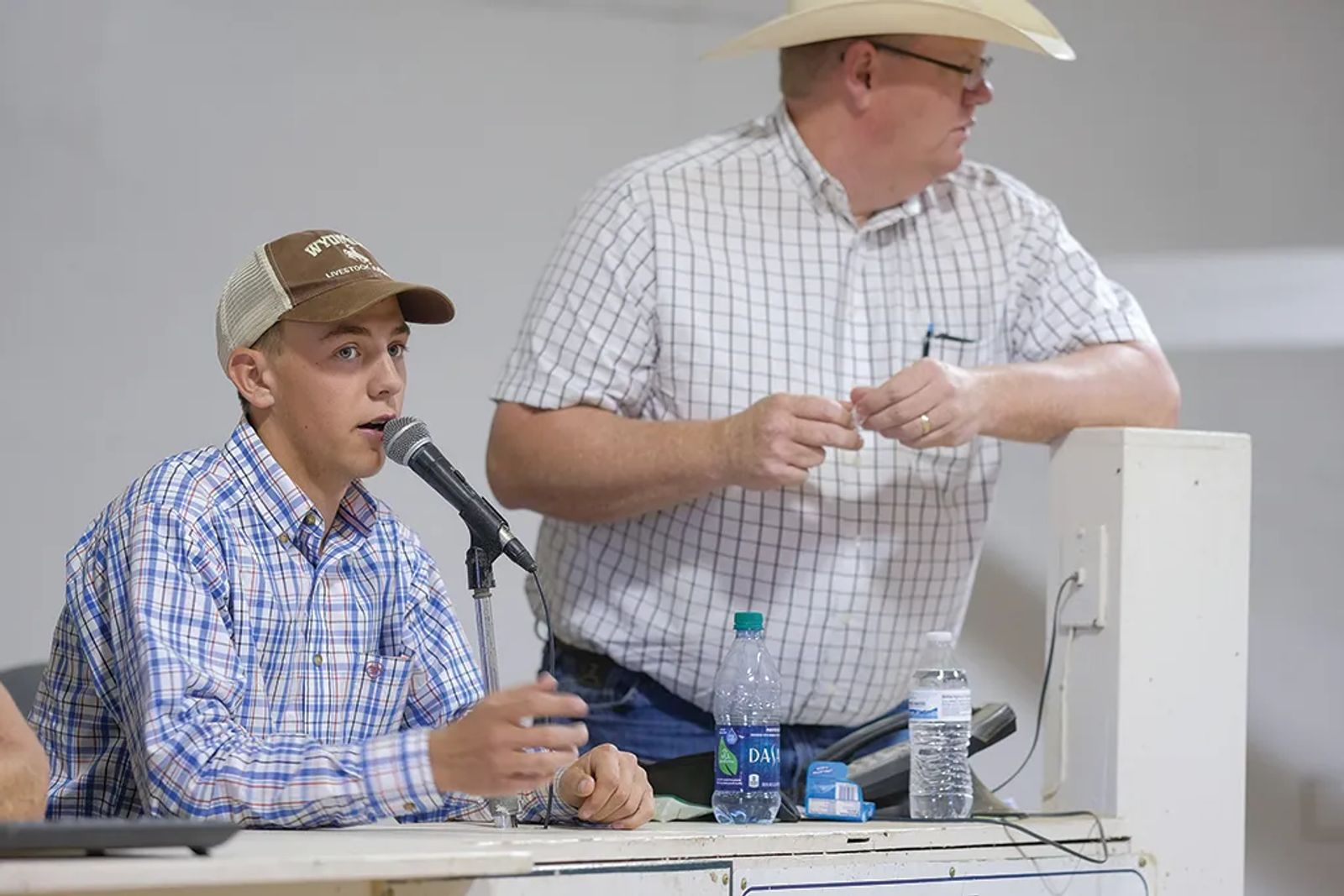 Connor, 14, is a student at Huntley Project High School and a fourth-generation member of the Goggins family. Connor’s great-grandfather, Pat Goggins, is well known for forming the Public Auction Yards and the “Western Ag Reporter” into an empire, which now includes additional stockyards and ranches.

Connor was just 5 when he started to mimic auctioneers. To encourage him, one of his uncles built him a miniature auction block — the booth in which the auctioneer sits to ply his trade — to use for practice.

In August of 2018, the National Junior Angus Association tried something new at its annual meeting, offering an auctioneering contest with three divisions. Connor won the junior division. According to Bob Cook, Connor’s grandfather, “No one was as prepared as Connor. He wore a shirt and tie with a cowboy hat and he knew his livestock.” Bob adds, “People told me afterward, if there was an overall champion, Connor would have won it.”

With auctioneering in Connor’s blood, he didn’t have to look far for a little instruction. His great-grandfather instilled four values into all family members who looked to the auctioneering trade. Pat Goggins told them to know the value of what they’re selling, know the audience, be clear and understandable and, most importantly, have the desire to do it. 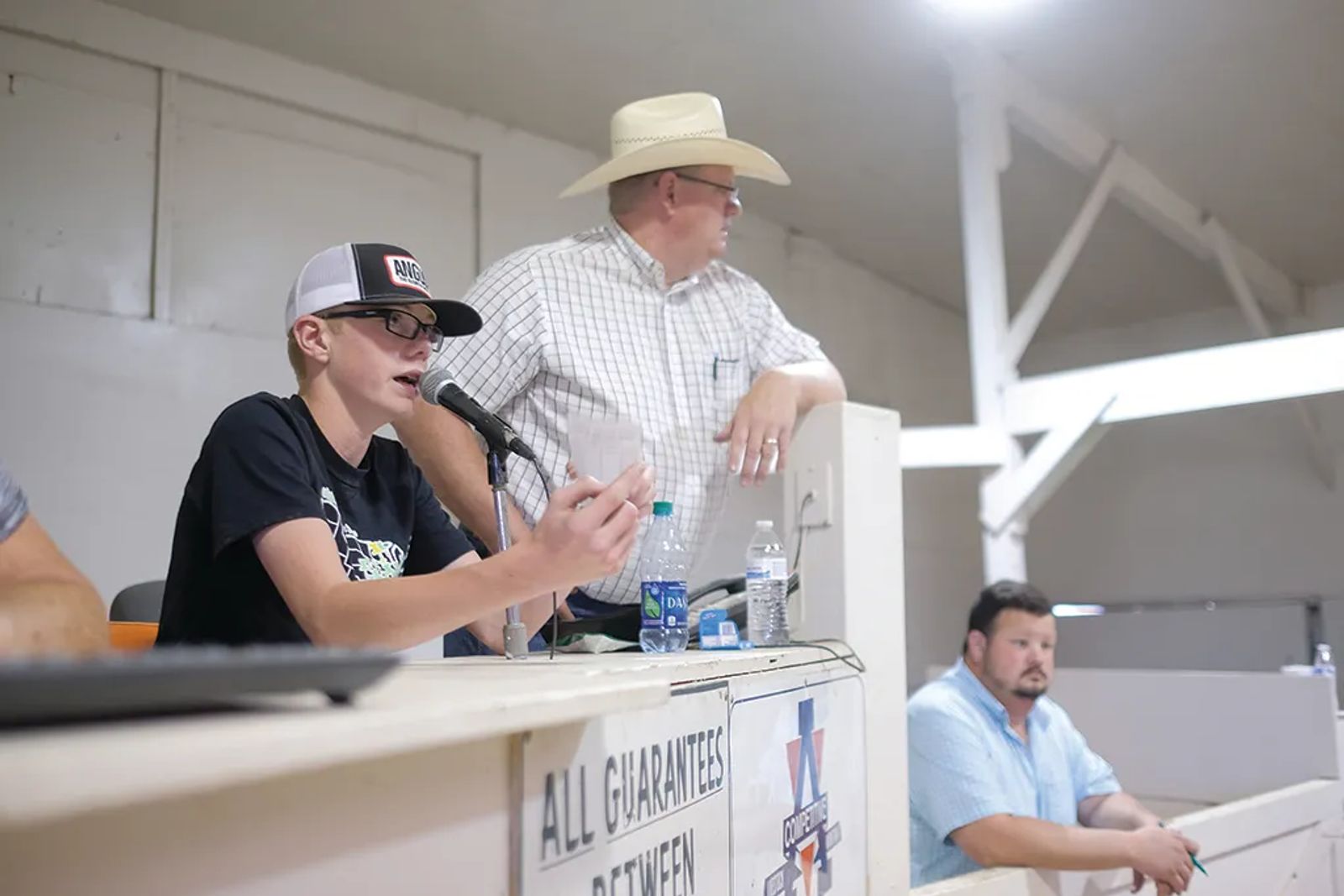 Given the fact that most of the Goggins family is involved in raising, selling and showing Angus cattle and spending a little time in the auctioneer’s booth, it was no surprise that when asked about his future goals, Connor said, “showing cattle and auctioneering.”

Blain Lotz also comes from a line of auctioneers. His grandfather and mother held the job and, in fact, his mother was one of his first teachers. He was just 15 when he went to the Western College of Auctioneering in Billings to finetune his craft.

I first heard of Blaine on a 2012 episode of the PBS program, “America’s Heartland.”  When the show first aired, Blaine wasn’t even 18 and already working at a sale barn in Kansas.

As soon as he turned 18, the minimum age for the national competition, he entered the Annual Livestock Auctioneer Competition, held in Turlock, California, and came in seventh overall.  In 2014, just shy of his 21st birthday, he won it all at the annual competition held in Knoxville, Iowa. 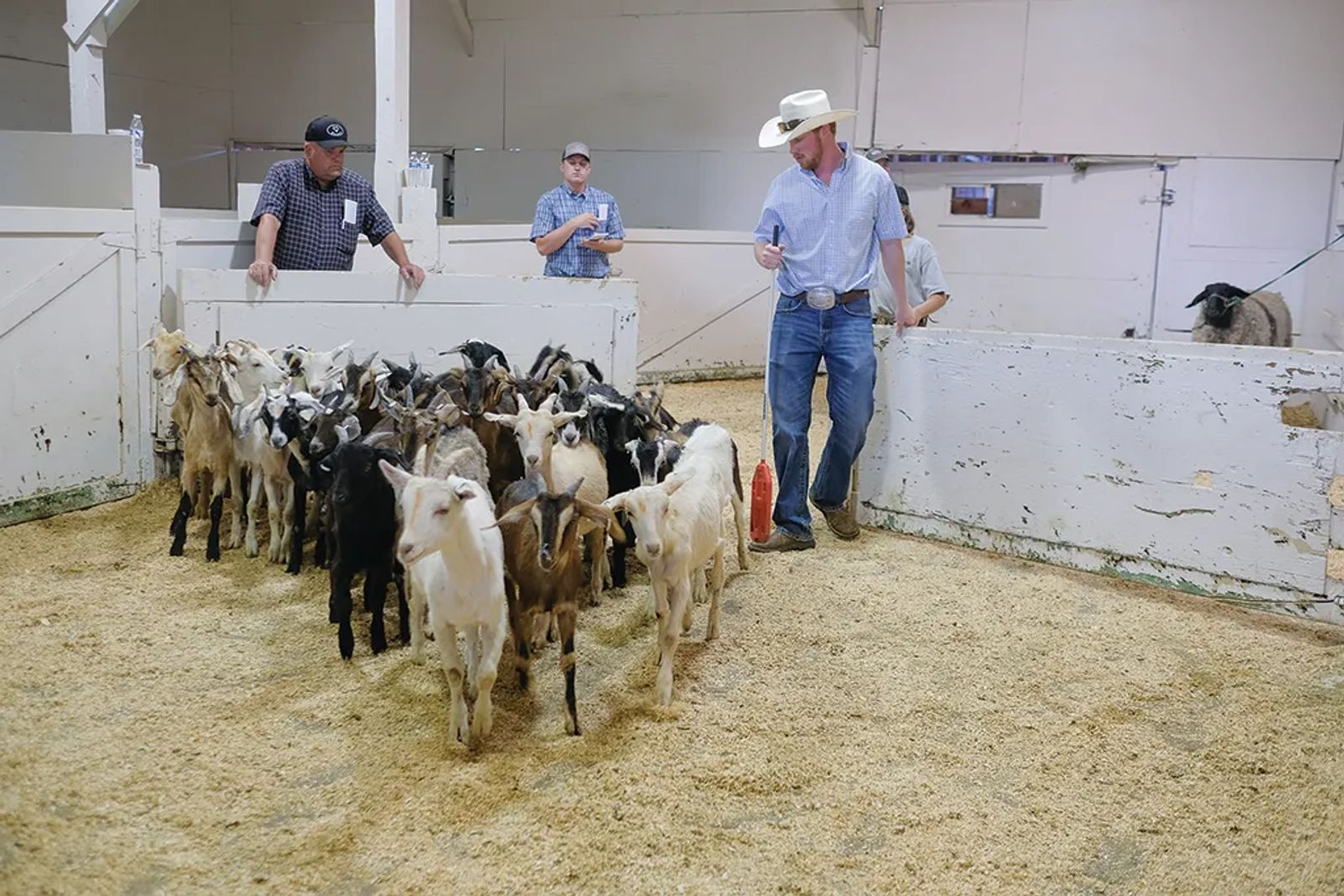 Given stories like these, Kristen Parman, vice president of membership services for the LMA, is optimistic about the youth coming up in the industry. They are being mentored by champions and veteran auctioneers through relationships forged in regional and national competitions.

“These strong personal friendships and mentoring relationships appear to be the most valuable part of participating in the World Livestock Auctioneer Championship events,” she says.

The credo for the Livestock Marketing Association is that, besides the voice, livestock auctioneers need to be willing to develop industry and product knowledge while also having a passion to do the best job they can for the farmers and ranchers they’re selling for.

Nick Bennett, president of the Western School of Auctioneering, says there’s not a lack of interest in the trade. “We are seeing quite a few students attending our program with the intent to be a livestock auctioneer,” he says.

It seems safe to assume that, as long as young people have livestock in their genes and are willing to branch out, the auctioneer profession is far from dead.