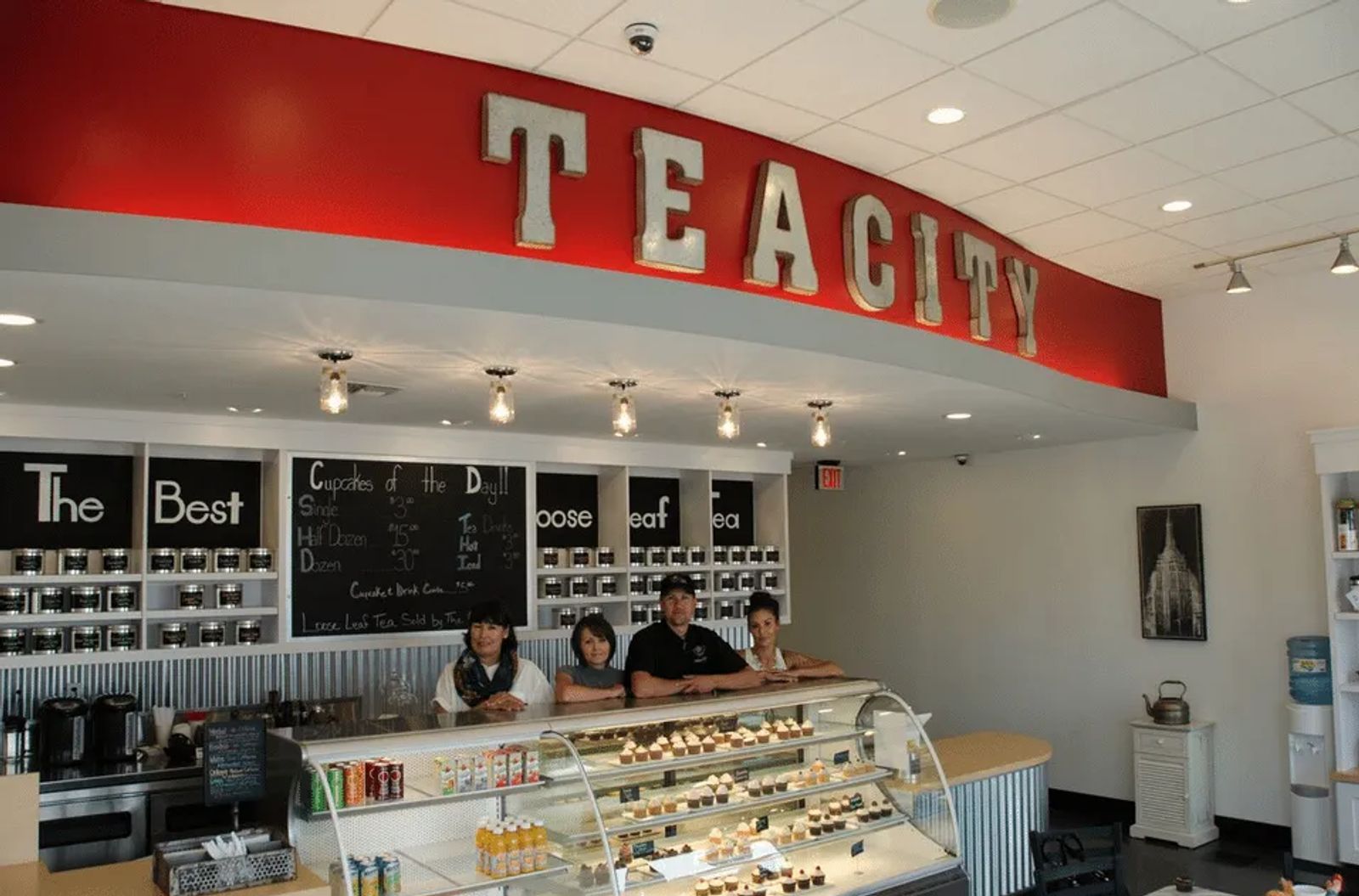 The Perfect Blend in Business

While sitting inside Tea City and Cupcakes, I absorbed the atmosphere from my retro red chair perch, while sipping a perfectly brewed, aromatic Earl Grey Creme tea. The owner, Jeanne Bullard, snuggled the youngest granddaughter, Eliza, while the other grandchildren made quick messy work of cupcakes. Jeanne seemed to know every customer who walked in the door. She greeted them by name and inquired about their families, their parents and colleges students. Cameron, his wife Shannon, and sister Callie, bustled around the counter, working and chatting along the way. As the family sat down and unfolded the story of the origins of this happy place, it occurred to me that I wasn’t just sitting in a tea store. I was sitting in the epicenter of a ­mother’s heart and dreams.

Jeanne’s is soft and her spirit is gentle. A Standing Rock Sioux, Jeanne has the presence of a proud, peaceful lioness caring for her pride. All that she has and all that she is, devoted to protecting and watching the family thrive.  For some, owning a business is a dream and for others it is a way of sustaining themselves financially.  For Jeanne, it is simply a way to keep her children and grandchildren safe and close together. Tea City and Cupcakes is a means by which she can tangibly show her love and protect their present and their futures.

Jeanne’s story began on the Fort Yates Reservation in South Dakota. Her parents, Floyd and Mary Taylor, moved away from the reservation to Aberdeen in 1958, five months before she was born. The challenges of drugs, violence and poverty on the reservation at the time where overwhelming and they craved a different life for their budding family. Sacrificing the familiarity of being with family and living within their culture, the Taylors moved, acquired education and settled into their community. The family grew, adding a little sister and two brothers for Jeanne. Floyd, an All American Indian Basketball player, earned a teaching degree and coached for many years. Mary served their community by working for the Bureau of Indian Affairs and later advocating for families in her work for child support reinforcement.

Jeanne fell in love with her future husband Bill in the 7th grade. Sadly her love was ill-timed because, “his heart belonged to somebody else.” Luckily, several years later her dad hired a young man to work with their rodeo horses. It was Bill. Floyd, seeing a good man in Bill, sprang into matchmaker action. He sent the two of them together to pick up a horse after coaxing Jeanne into dressing up in a pretty blue shirt that he liked. He also gave her instructions to “be nice” on the road trip. It worked. They were married shortly after that in 1979. Together they have a son, Cameron, and two daughters, Candace and Callie. 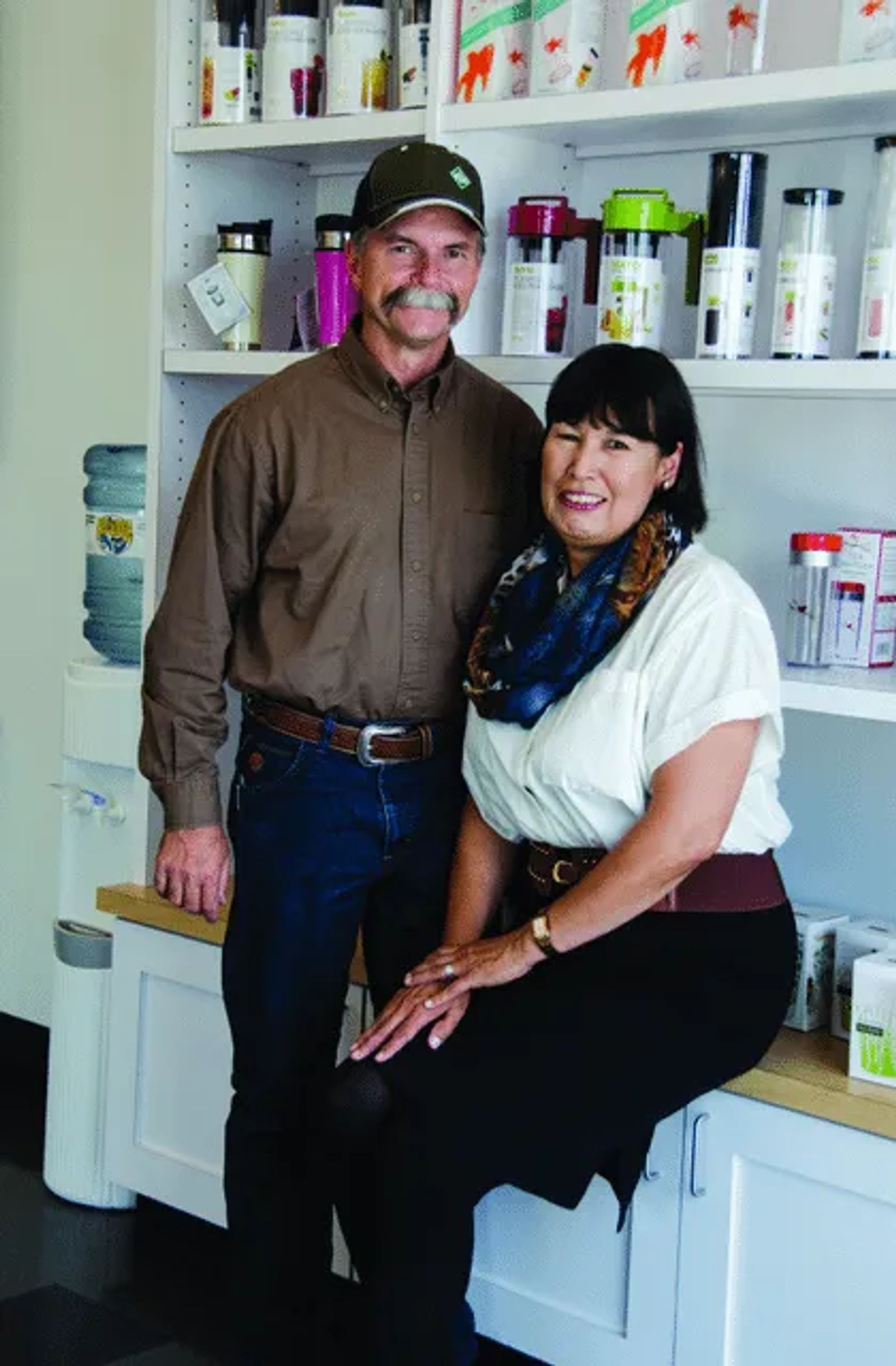 In 2002, the diagnosis of glandular cancer shook Jeanne’s world with the force of a deadly earthquake. With cancer came the shock waves of fear and also a reminder of the importance of family. She needed them. She loved them.  Most of all she needed to protect them. She chose not to share the diagnosis with their three teenagers because she didn’t want them to hurt or be afraid.  So, she went about radiation treatment and surgery to remove the tumor alone. Jeanne credits her Sioux heritage for her strength and stoic demeanor, which aided her in staring down cancer, the formidable enemy. Both Cameron and Callie say they had no idea that their mother was sick.

As almost all people who have been diagnosed with a catastrophic illness can attest, a diagnosis like cancer rearranges your life in ways you never thought possible.  Jeanne faced new decisions, new challenges and a new “normal.” She decisively put her energies into leading a healthier lifestyle — one that would allow her to continue living and loving her family. One of the new loves she found during her treatment was tea.  She drank tea, a lot of it.  She enjoyed not only the peace but also the ritual of it, not to mention the many health benefits.  Unfortunately, the cancer returned in 2006 but as of now Jeanne is back in full health, still drinking tea.

While undergoing treatment, Jeanne observed some of the challenges her children were facing. She saw them working jobs they didn’t love, with schedules that were unmanageable for their growing families.  As she considered the future of the grandchildren and the economy, she began to wonder. Where would they find jobs they enjoyed? Could they even find jobs? How could she protect them?  Foundational to all of these questions was a desire to keep the family unit close together. The observations and rumination turned into a plan — a family business that she and Bill could help fund and their children would help run. 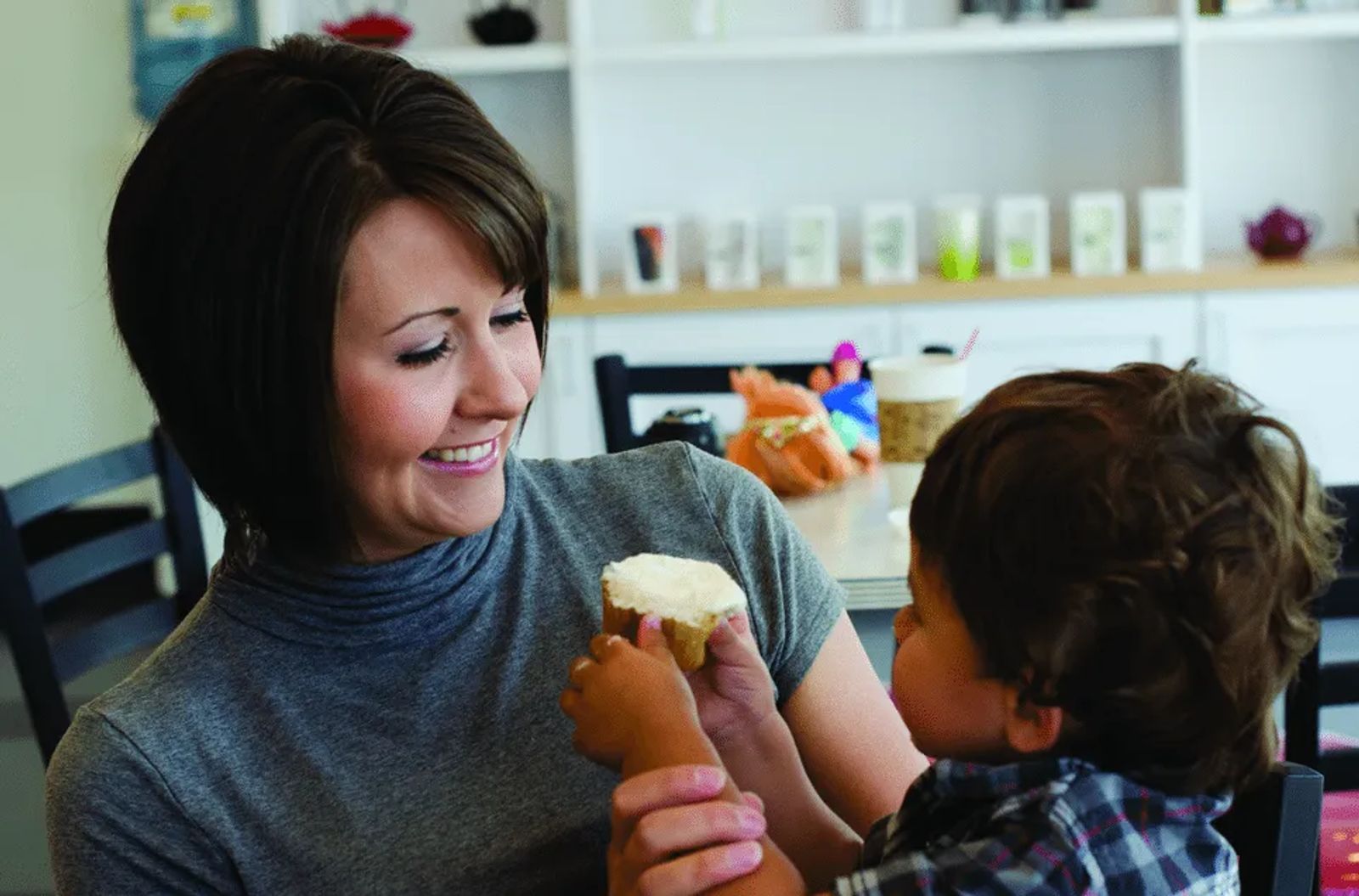 Together she and the children set about brainstorming ideas for a good family business that they would all enjoy and would all be able to work at together. Many ideas rose to the surface.  A body shop, welding shop, art and jewelry store were all in the running, but none of them could run the creative or economic distance.

In 2013, the perfect idea presented itself.  Cameron and Jeanne made a quick trip to North Dakota to pick up a dog they had adopted. Along the way, they made a stop at a tea shop and immediately fell in love with the store, the product and the entire concept.  The smells and experience were all new to them, but Cameron said the feeling was "euphoric." The pieces of their quest seemed to fall instantly into place. Jeanne’s love of tea, her knowledge of its health benefits, a culture where coffee shops are so popular, and a Billings market where there were not many tea destinations made it all seem like a great idea. During the trip to that out of town tea shop, the two purchased A LOT of tea and they sat outside the store with freshly brewed drinks to observe the customers. Cameron says, “Every person that walked out had a smile and some tea!”  The answer was in the tea leaves. A yet unnamed “tea city” was born. 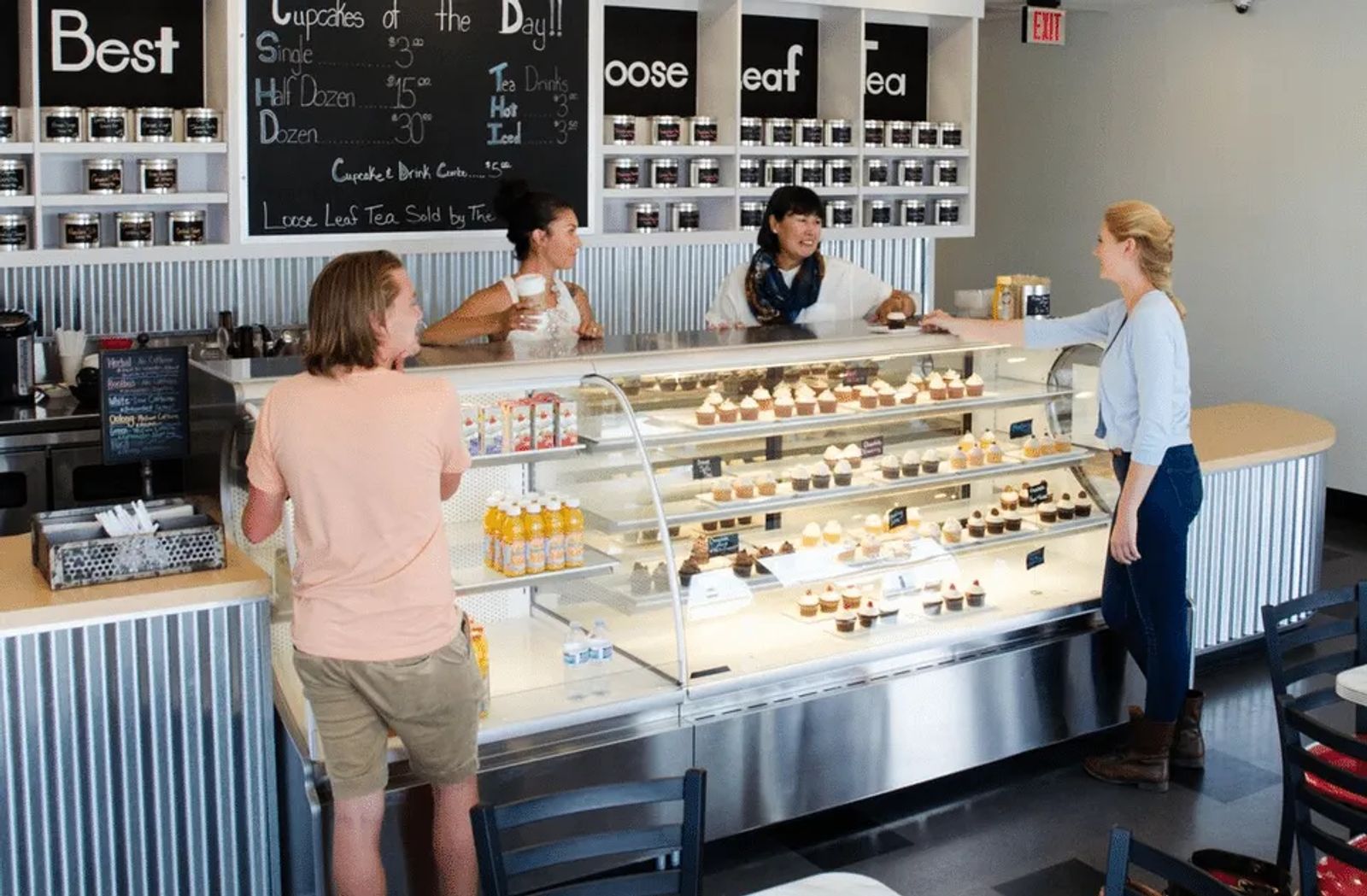 After they picked up their pup, Grace, they jumped back in the car and spent the long drive home laying out the plan for their new store. By the time they made it home, the company business plan was completely laid out.  Cameron and his mother called a family meeting, proposed the idea and presented the company’s roadmap. The girls promptly put in their two week notices and jumped into work.

For three very busy months, the family banked tea knowledge. They traveled and did research on how tea was made and what the best blends were. They tasted many products and memorized hundreds of ingredients. For Tea City, the focus had to be not only on a great environment or a yummy product but also on tea that was healthy and nutritionally sound. Seventy percent of Tea City’s teas carry the organic label and the other 30% have a natural ingredient additive of some sort, for flavoring.  Tea City opened its doors in Rimrock Mall three short months later.

Cameron, the store manager, says the first two months were terrific but then the challenges of the traditional summer slow spell hit.  However they powered through and now fully into their second year Tea City has moved from the Rimrock Mall to a beautiful location in Shiloh Crossing, even taking on an added venture. Cupcakes! Additionally the family is set to open its next location downtown during this holiday season.

Tea City and Cupcakes has all the essence of their original concept, whole leaf organic tea, with the added flair of beautiful delicious bakery treats. While it is clearly a tea store, with dozens of tea tins lining up the back wall and lovely tea pots and cups for sale, one cannot help but notice the case filled with beautiful cupcakes. The bakers have created delicious cupcake flavors like strawberry lemonade and chocolate mocha.  My favorites, however are the “tea infused” cupcake batters like orange spice chai, and chocolate mint. These creative confections have subtle and delicious tea flavors that blend pleasantly, as if tea and cupcakes belonged together from the beginning of time. 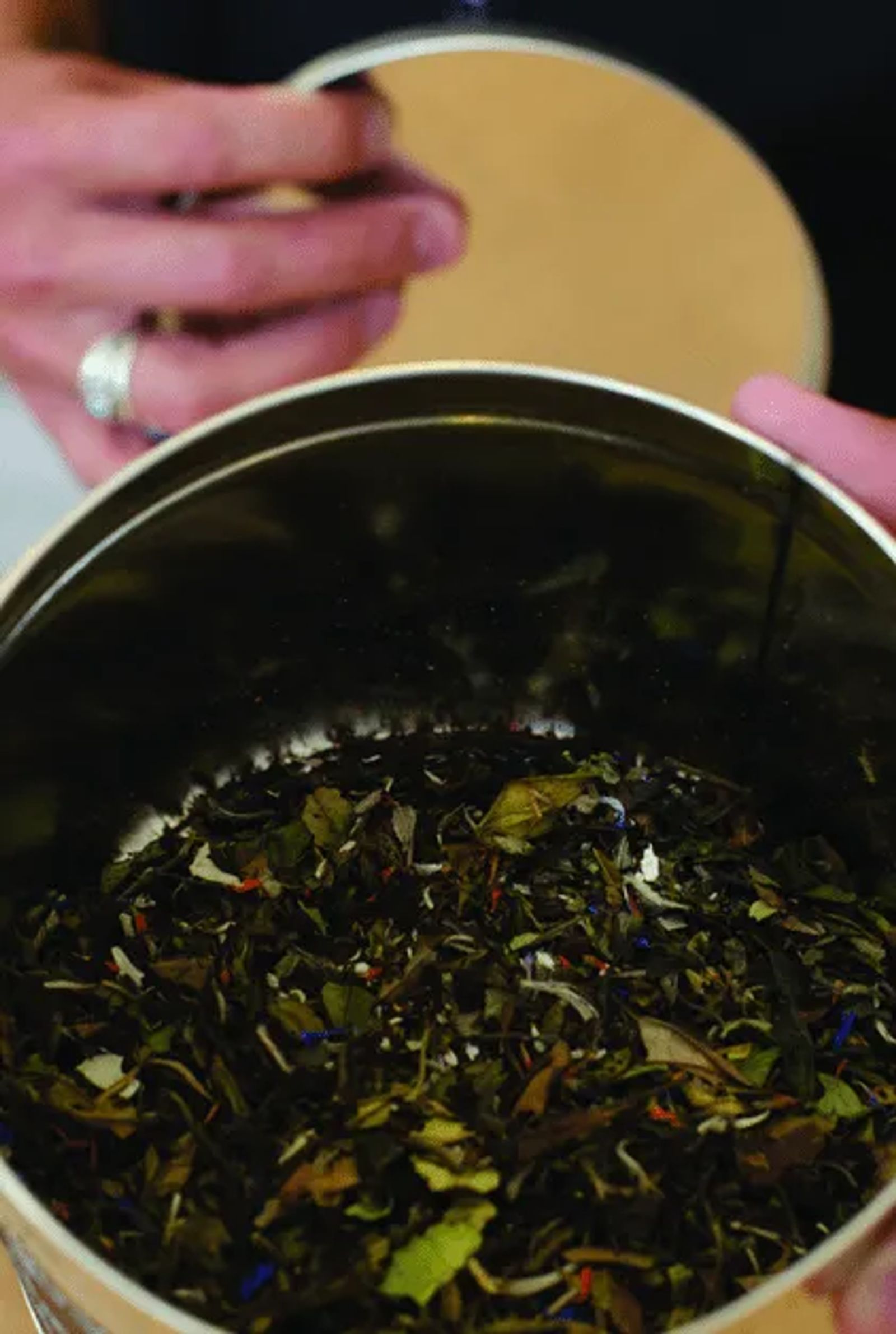 Tea City is beautiful and inviting. But after hearing the story, I know this business was not built out of tea leaves and frosting. It was built by the generosity, conviction and investment of a mother keeping her family close. It’s not just good business practice or great product knowledge that establishes the footing here. It is trust. The parent’s trust of their children to honor the family by protecting and growing their financial and familial assets.

Jeanne is so proud of her three children.  Each one clearly brings something unique and valuable to the table. Cameron brings managerial experience and leadership. Callie offers her creativity and aesthetic skills to the business.  Candace was able to help establish Tea City with her business and analytical skills. This is truly an “all hands on deck” family business. Even Zane, Callie’s fiancé, quit his job to kick off the store as its first manager.  Seven-year-old Sienna, the oldest of the grandchildren, enjoys working in the store alongside her mom, Shannon, and step daddy, Cameron.  She loves to help at the counter, bake, clean and has even named a tea.

Ten years from now, Jeanne and her family hope that this will be the cornerstone of multiple Tea City locations. Their hope is that it will be a place where the family has grown closer, the children have made great memories and they will have staked a small claim in future and present health and happiness.