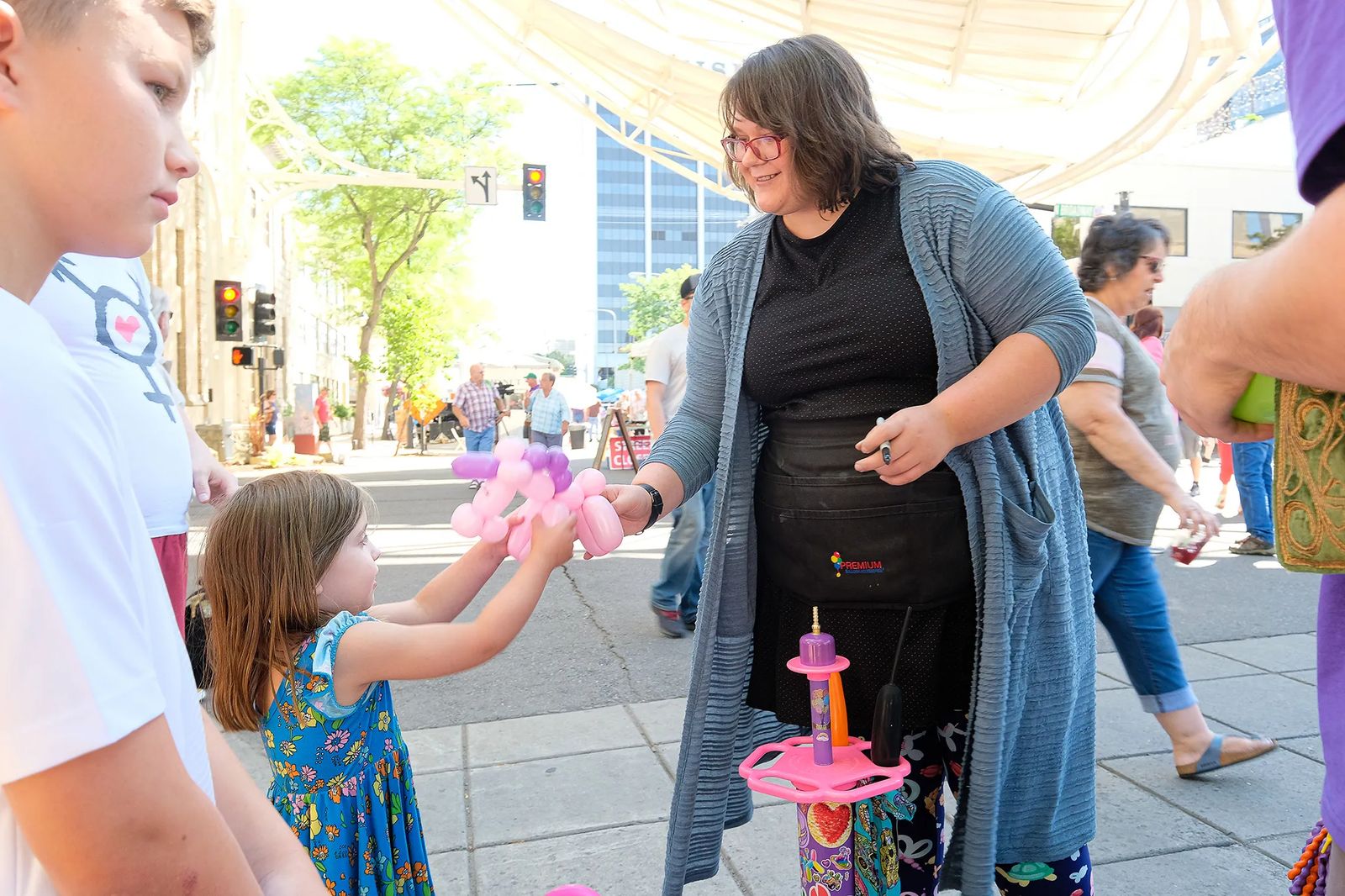 The Twists & Turns of an Entrepreneur

Billings balloon artist creates a niche for herself

The line of children and parents snakes out from Violet Scott’s colorful stand. The sound of their laughter surrounds them. As mothers work to corral the kids eagerly awaiting their turn, a captivated crowd watches as Violet places a deflated balloon over the end of her air compressor to bring colorful creatures to life.

She twists and sculpts, adding a couple of colorful balloons to the first one. Another few twists and a bend or two and, in a matter of minutes, she has a quirky monkey in her hands. Next comes a Ninja turtle. Then a child begs for a sword and chest shield. As she tries to fulfill each customized request, the thanks are enthusiastic. Tips fill her jar and promises are made to return to again to watch Violet in action.

Violet is a balloon artist who owns Billings Best Balloons. Because her best customers are only waist-high, she’s up on all the favorite Disney characters and the latest superheroes. If she does get stumped, which isn’t often, she quickly googles the character on her phone and in minutes transforms a handful of latex into a beautiful, colorful creation. As a senior at MSU-Billings, Violet truly has shown her entrepreneurial spirit. The job has helped pay her way through college and given her a schedule she can work around classes. Next spring, she’ll graduate with a degree in human services. She hopes to work with children one day. Even still, she doesn’t plan on giving up her twisting career anytime soon. In fact, she may well incorporate it into her professional life.

“I love what I do,” she says, “The joy I get watching kids get excited about what I’m making gives me energy.”

Under Skypoint in downtown Billings during a recent Yellowstone Valley Farmers’ Market, her business is brisk.  “I’m not food-related,” she explains, “so all my creations at the farmers’ market are free.”  She’s quick to add that she relies on tips at this event, but that she also can’t seem to turn down a child who doesn’t have money.

“I would never want to make a child cry,” she explains, “That would break my heart.” 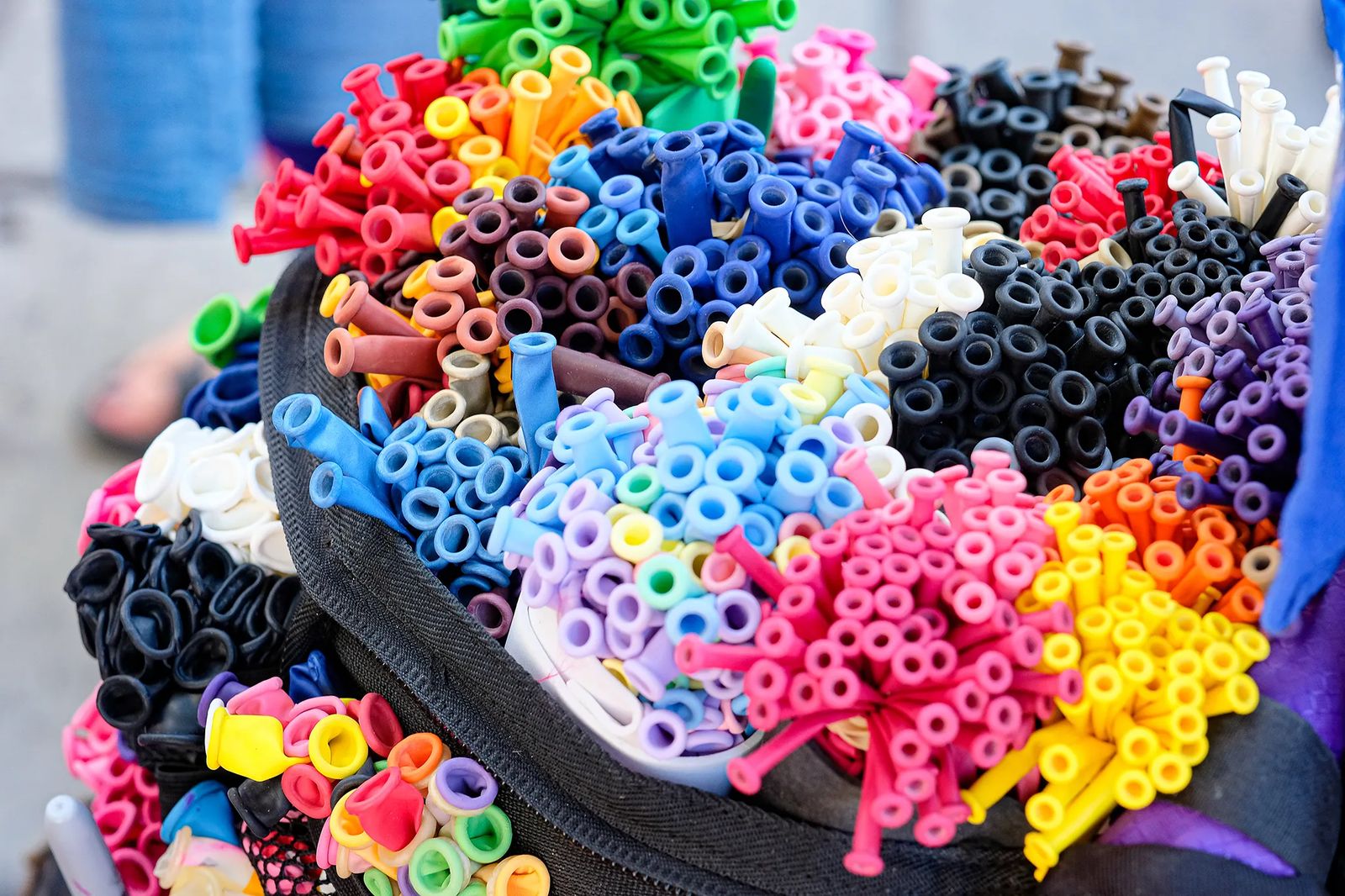 Her launch into balloon art came while working at a local party store. She began adding a little twisting creativity to customers’ purchases when one of them told her she had a real knack for it and should try hiring herself out. She bought 100 balloons, started twisting and was quickly promoted to the children’s party scene by the community’s enthusiastic response. You might also find Violet at weddings, special events and recently a “Mom Prom,” where she twisted balloons into corsages for the guests.

“I’m always looking for new ideas,” she says. “Give me a few hours and I’ll spend it challenging myself.”

Violet’s career took off last year after she attended the World Balloon Convention in Seattle, where 1,000 delegates from 52 countries gathered.

“That solidified what I do,” she says, “It gave me the confidence to just start twisting and see what happens.” 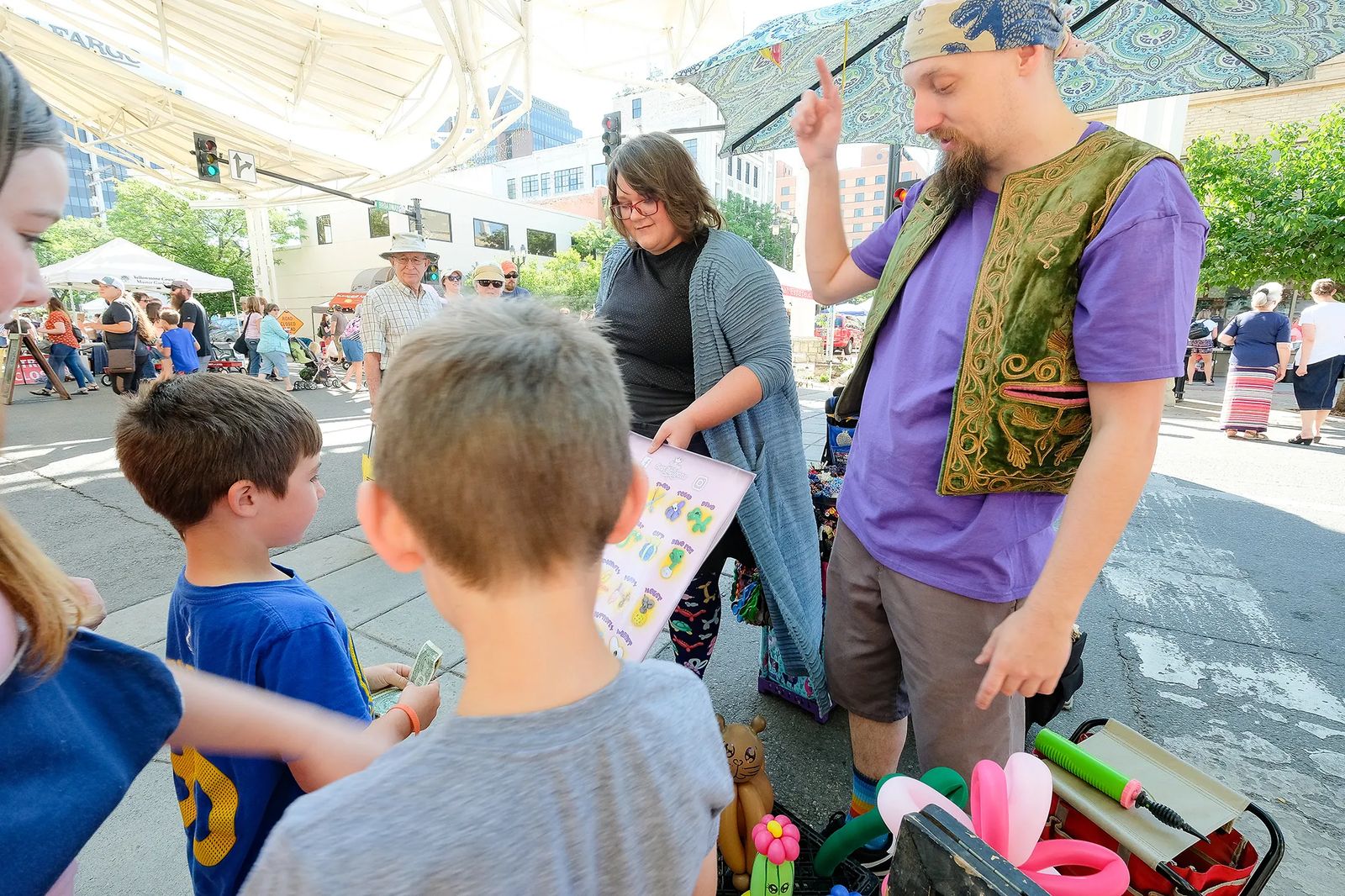 She not only attends the farmers’ market and other downtown events but makes an appearance at several restaurants during the week.

Not one to waste any scrap, Violet uses all the popped and deflated balloons in her arsenal as weights for some of her sculptures. “I don’t waste because I really care about the environment,” she says. “My balloons are all biodegradable. I tell people, don’t release them in the air or throw them on the ground. Put them in a compost box.”

If you ask Violet about the most challenging item she’s ever crafted, she’ll point to a costume she made for a parade last summer. “I used over 800 balloons,” she says, “It took me eight hours!” She started with a basic template made for wearable costumes and customized it into a multicolored unicorn.

Birthday parties seem to be this artist’s favorite place to share her talents. Violet says the birthday boy or girl selects the character they want beforehand. She will inflate a few items and then add colors and features to satisfy the party’s guests.

“I encourage the children to allow me to make their character into a hat. If I make wearable sculptures for the kids, they last longer, and parents don’t have to carry them. And I do guarantee my balloons,” she quips with a smile: “I guarantee that if they haven’t popped in the first five minutes, you can come back and I’ll pop them for you!”

“Seriously,” she adds, “they last anywhere from a couple of hours to several weeks if they are careful with them. But truly, what could be more inexpensive than to transform a child’s imagination into a superhero or a princess with a beautiful balloon creation?”

Based on the number of children lined up waiting for their turn in front of Violet, that’s a given.