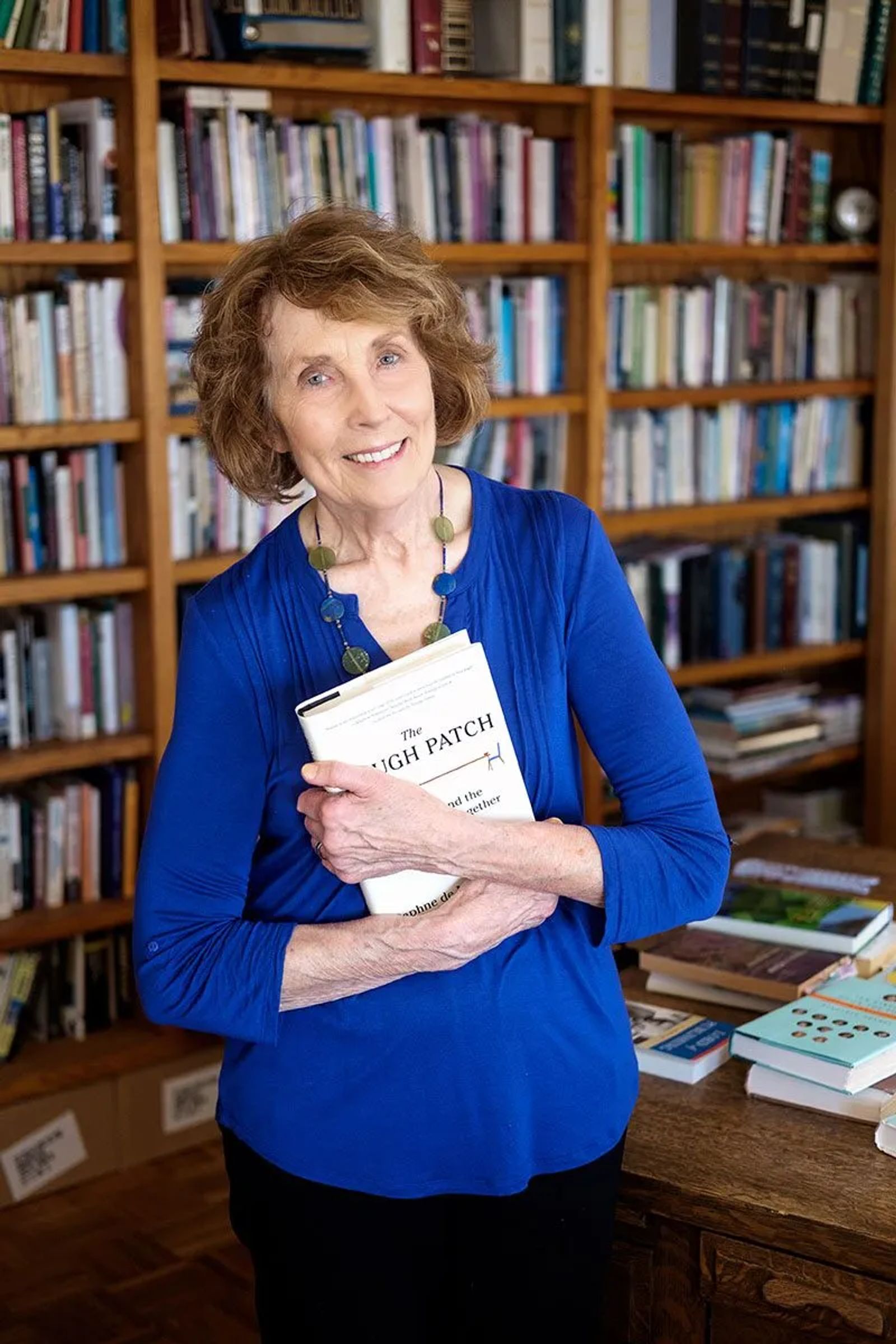 Billings woman shares why you should write your own memoir

Within arm’s reach, author Virginia Tranel has at least half a dozen books with colorful little slips of paper tucked between the pages. The books are memoirs by various writers, and since Virginia is in the process of writing a memoir – her second – she’s made a point of reading lots of memoirs and flagging passages she likes. Maybe it’s a passage that triggers a memory for her, or maybe it artfully handles a subject that Virginia knows she will be writing about. Sometimes, when she is struggling to turn a phrase, she’ll pick up one of the books and flip through the pages to the flagged passages for inspiration.

She writes every morning, and on good days, she writes all day.

“I love it when I get to the place in my writing where I can tune everything out,” she says. “It doesn’t happen very often, but when it does it’s wonderful.” 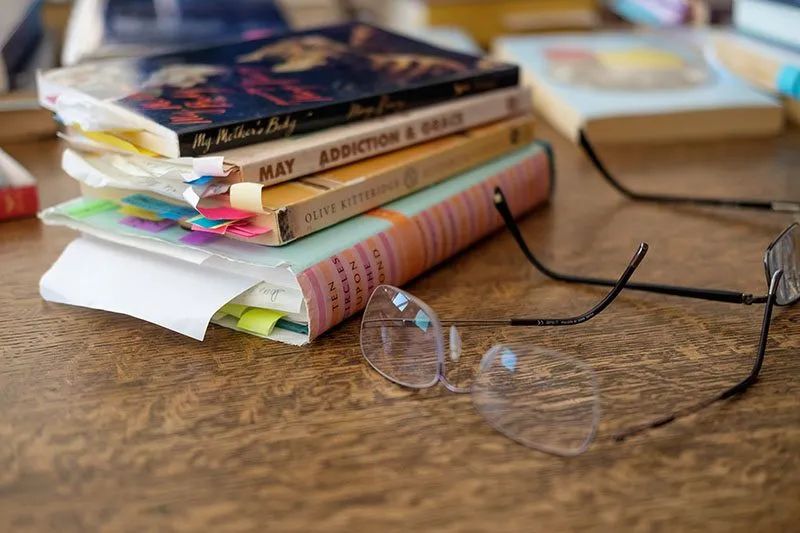 THE MEMOIRIST AS A WIFE & MOTHER

The memoir Virginia is writing is about her marriage, and her husband, Ned, who passed away two years ago. They would have celebrated their 61st wedding anniversary earlier this year. Virginia has been working on it for the past three years, beginning when her husband was diagnosed with Alzheimer’s disease.

“At that time, it gave me a focus,” Virginia says.

At the beginning, she wrote as an outlet for what she was feeling at the end of her marriage, and while she hopes the book is published, she says she won’t be disappointed if it’s not. She is writing it for herself, to better understand her marriage, her husband, and the “vagabond life” they led.

“I had no idea where I was going with this. I just kept going,” Virginia says.

Virginia’s first memoir, Ten Circles Upon the Pond, published in 2003, was written as a collection of essays, one for each of her 10 children. In the book, Virginia captures the unique spirit of each child and ties it to the historic and cultural events she remembers when they were born. The oldest was born in 1957 and the youngest in 1978. As part of her writing process, each child read and approved his or her essay. Several of them think she painted too rosy a picture in her first memoir. Now, with her second memoir, they are encouraging her to write with unfiltered honesty.

“My kids are my life’s work, and they’ve come to respect what I’m doing,” Virginia says. 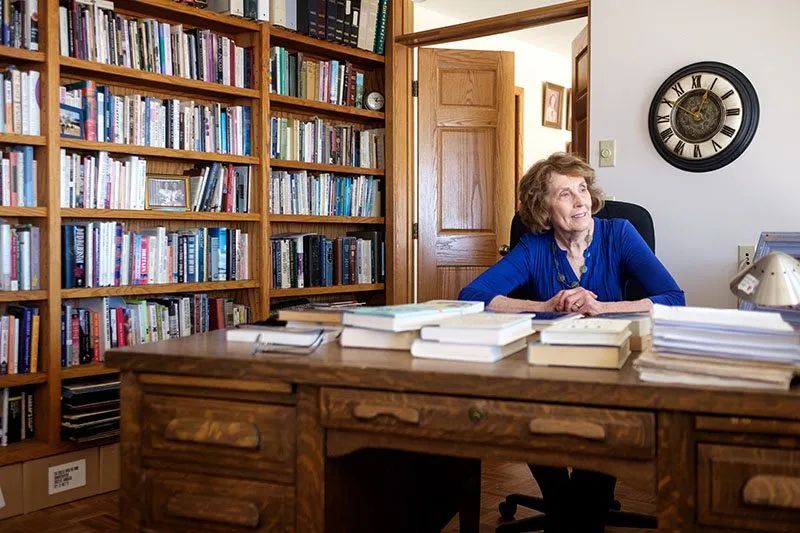 While a writer’s tendency is to gloss over the difficult parts, good memoir writing demands honesty, Virginia says, but at the same time, the writer can choose how his or her story is told. Virginia's book skips around, starting with an opening scene of the couple driving cross-country.

“It’s fitting because we are in motion, and we were always in motion in one way or another,” Virginia shares.

THE MEMOIRIST AS STUDENT

Virginia was born in Iowa and graduated with an English degree from Clarke College in Iowa. She thought she’d like to be a journalist, but Ned swept her off her feet before she could start her career. Family life followed, with numerous moves. Finally, the couple landed in Billings.

“I got serious about writing when my youngest daughter was in high school and I knew I would have this empty period in front of me,” Virginia says.

At about that same time, The Writer’s Voice started in Billings. The grant-funded program focused on advancing literature in the region and offered numerous writing workshops over the course of several years starting in the late 1980s.

“I signed up for everything,” Virginia says. “I was in all the classes.”

Workshops and conferences provided Virginia with encouragement and new and different perspectives. With practice and patience, several of her essays were published in various national publications. It was just the incentive Virginia needed to keep writing and learning. She attended numerous writing workshops across the West and at a writers conference in Colorado she met Sterling Lord, a publisher who specialized in memoirs. She showed him a few of her essays about her children and, on the spot, he offered her a book deal.

Even with a published book to her credit, Virginia continued to take workshops and sought out the help of other writers to read and critique her work. She’s been meeting with two local writers who critique her work and support her writing habit. She supports them in the same way, and they meet every two weeks.

“None of us hold back,” says Cara Chamberlain, a writer in the group. “We’re not there to be a mutual admiration society. We’re there to improve our writing.”

Chamberlain says she is inspired by Virginia’s work ethic, and her dedication to learning, which shows in her writing.

“She makes writing look easy, but you know it’s not,” Chamberlain says. “It seems as if she just came up with it – that it just flowed from her pen, but we all know it’s not that easy.”

THE MEMOIRIST AS STORYTELLER

Writing a memoir is a unique pursuit apart from other kinds of writing. It requires writers to dive deeply into their own lives and make meaning for others through their own experiences. At the same time, it can be profoundly cathartic.

“You have to integrate what you’ve done and come to terms with it and reach a place of acceptance,” Virginia says. “The goal is gratitude for the things you’ve experienced both good and bad.”

The way Virginia sees it, a good memoir can provide readers with insight into the lives of others while at the same time offering insight into their own lives through common feelings of fear, joy, hope, and loss.

Given that she is 84, this memoir marks a final milestone in her life. Although Virginia will continue to write, it will be with a different focus. Writing will always be a place of comfort, she says.

“There’s so much noise in this world,” she says. “It’s good to be able to spend some time alone.” 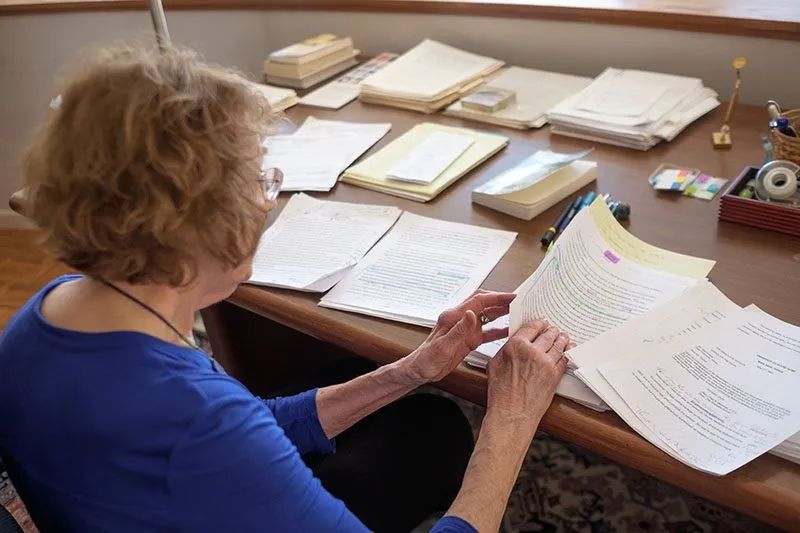 Read. The best writers are readers. When you read, observe writing patterns and storytelling methods, and when you write, try taking the same approach.

Write. Develop a writing practice. Carve out time in your schedule to dedicate to writing. Then, keep your writing time sacred by limiting interruptions and busywork.

Learn. Learn the fundamentals of writing and storytelling by attending workshops and writers conferences. Even experienced writers are constantly improving their craft.

Gather. Even good writing can be improved through honest feedback. Find a group of like-minded writers who can critique your work while you critique theirs.

Connect. Network with other writers, develop friendships and find ways to share your work. Those connections are key to having your work discovered and ultimately published.

Be honest. Memoirs demand that you examine your life in a new way. As you write, keep in mind that readers will recognize and respect your honesty, so be fearless and dig deep.