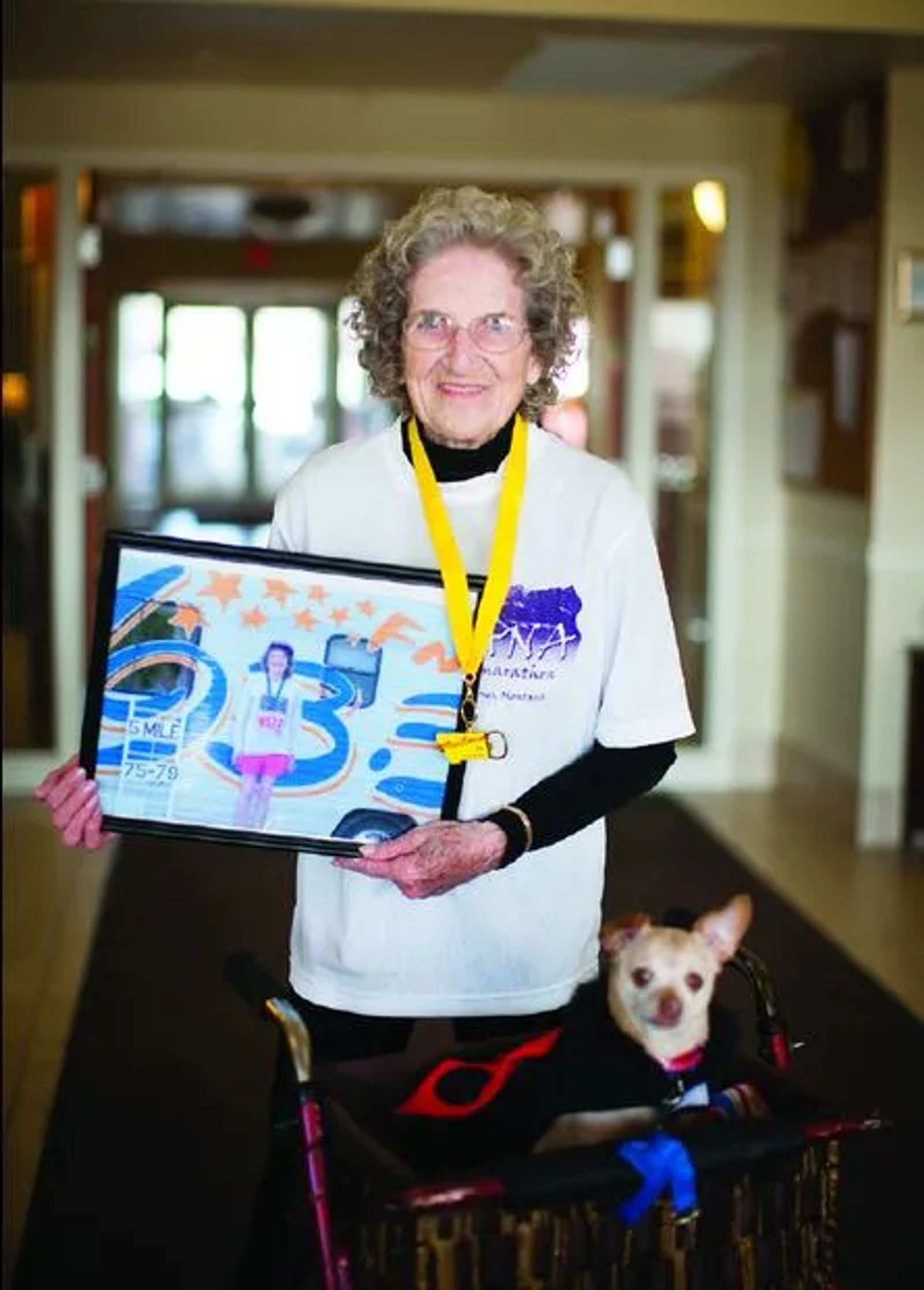 You're Never Too Old

Dr. Cheryl Cook ran her first half marathon when she was 51.  The months of training paid off, and she felt solid during the race until Ada McKeen, then 80, sailed past her.

“Are you kidding me?” Cheryl recalls saying to herself.  “Here I thought I was doing pretty well and this lady comes buzzing by.”

That’s Ada: swift and spirited in equal measure.  Since lacing up her first pair of running shoes on a whim in her 60s and placing fourth in her age group in the five-mile Montana Women’s Run, Ada, now 89, has not rested.  She has competed in nearly two dozen Women’s Runs, two half-marathons, a handful of 10 Ks and too many local road races to count, always placing in her age group, usually first.  She has gotten wet, lost on training runs and has been sidelined by injuries, but she has not stopped.

Now, with two new hips, back pain and a walker, Ada will again compete in the Montana Women’s Run in May, the five mile, not the two mile.  And if the weather would just cooperate, she’d start training this instant.

McKeen lives in the Heights, but she was born and grew up on a farm outside of Roundup, where she recalls roaming the hills with her sister Lillian, one of her 14 siblings.  She left school after eighth grade.  Ada married Gilbert McKeen in 1946 and in 1953 she and her husband moved to the Billings Heights, where they raised five children.   Her husband has been gone for more than 20 years now.

Ada’s son Walter, 59, a retired police officer in Glendive, says his mother has always been slender, high-energy and on the move – at the farm, at home and, later, at her husband’s Quick Lunch restaurant on Minnesota Avenue – but that she had never run a day in her life until that first Women’s Run in the early 1990s.

“She likes attention,” Walter says fondly.  “She did it once, got lots of attention and liked it so much she just continued.”

Time Out Sports owner Cindy Thompson recalls training with Ada for that first half marathon, which often meant driving her to out-of-town spots like Blue Creek Road which Ada wasn’t familiar with or wasn’t sure her old car would make it to.  By far the oldest person on any given training run, Ada would trail behind the group and sometimes get lost, but always show up again and usually with a smile, despite intermittent hip pain and various other leg complaints.

“Everyone was always way younger, but she wanted company on those long runs,” Cindy says.  “She enjoyed training with the group.”

Cheryl Cook put it another way:  “She just shows up.”

And she is competitive.  Ada knows all the local women in her age group and is quick to size up any out-of-town competition, Cindy says.  She knows the difference being at the bottom of her age group makes and she frets that the age-group category 80 plus gives younger runners an advantage.

“Finishing the race isn’t good enough for Ada,” Cheryl says.  “She wants to be number 1 every time.”

To that end, she trains.  In the past, she’s liked early morning runs and hasn’t minded going alone, although she waits until it gets light, all the better to appreciate the flowers, especially her beloved roses, in the summer.  She recalls working on her 10-minute miles by running a timed one-mile loop around the Windsor Circle South trailer park.  More recently, she circles around her Aspen Grove apartment complex in fine weather or cruises the hallways, sometimes with her Chihuahua, Trixie.

Ada has never owned or learned how to use a computer, so Cindy Thompson and her staff members have often registered her online for various races, meaning they are quite familiar with the e-mails that read something like, ‘Dear Ada, We hope your training is going well.’

Ada reluctantly quit running the Montana Marathon half-marathon in her early 80s, switching to the 10K, which last year she finished in 1 hour 47 minutes.  Asked if, given her various aches and pains, she might like to switch from the Women’s Run five-mile race to the two-mile, she demurs. “I still want to beat my time,” she says.

And why not?  Twenty years after her first race, Ada has proved it’s never too late to begin a new chapter.

“Ada has taught me that you have to find your thing,” Cheryl Cook says.  “Life ain’t over till it’s over.” 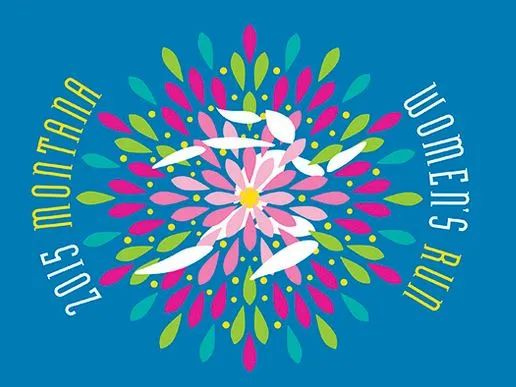 On March 16, the Montana Women's Run Getting Started Clinics begin.  Runners of all levels meet Monday nights 5:30 at Rocky Mountain College outdoor track and Lockwood School.  No registration required.  It all leads up to May 9, the date of this year's Montana Women's Run. For more or to register, visit womensrun.org.