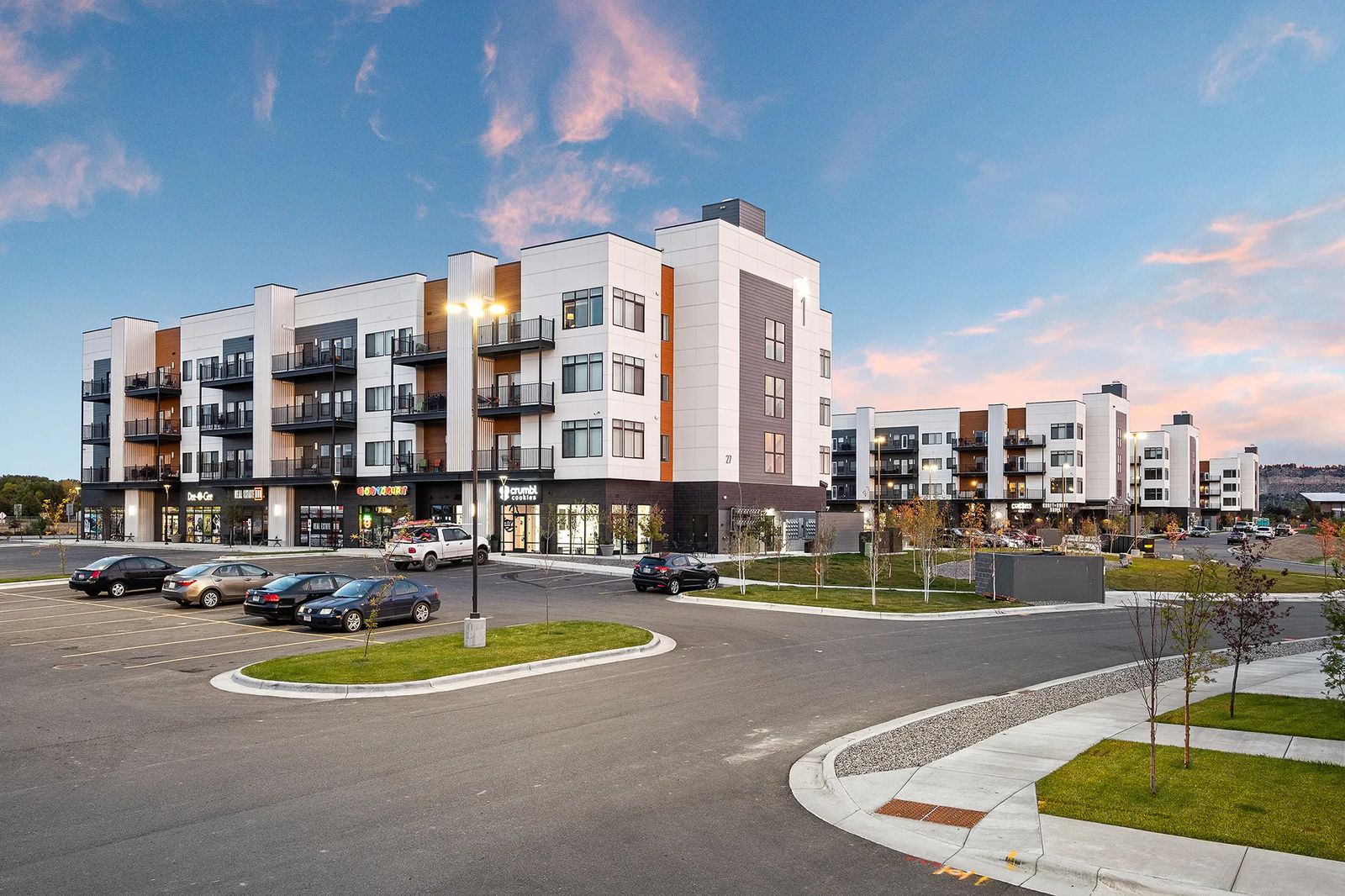 Developer and private contractor Mike Stock considers the recently completed five-building micro-community known as Shiloh Commons to be "a downtown on the West End." He calls this new mixed-use residential and commercial property on the corner of Shiloh Road and Central Avenue a "community within a community."

There are several properties in Billings where people live-work-play, but none offers as much diversity as Shiloh Commons. 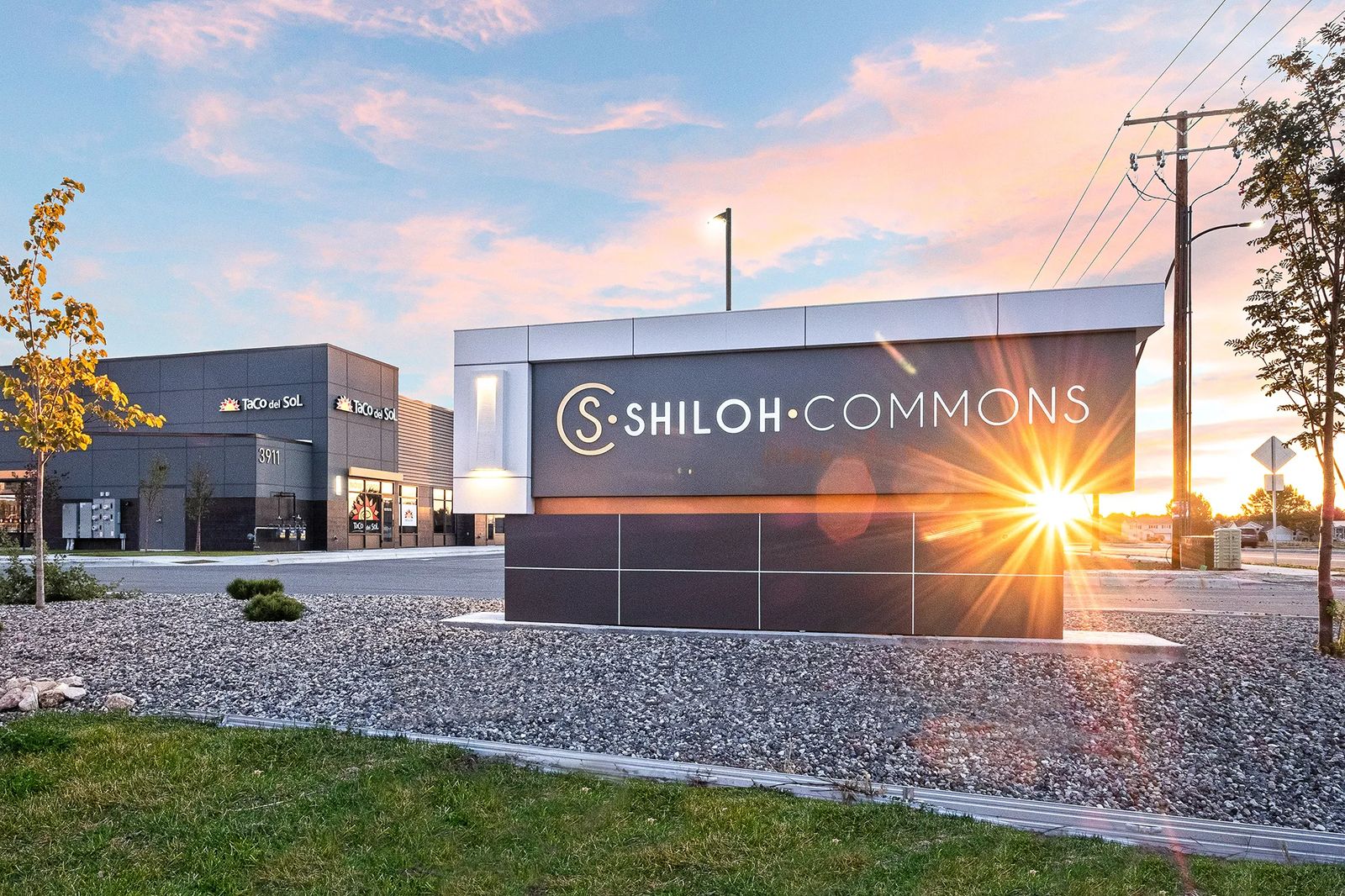 It's an integrated walkable village with financial, insurance and realty offices. There are restaurants, a coffee shop, a gourmet cookie store and a yogurt shop. Plus, there is an aesthetic clinic, a fitness facility and a hair salon, not to mention a full array of rental properties for living above. Tenants love that it's a pet-friendly community and that it offers security monitoring. A blended community like this creates a destination energized by people of all ages. 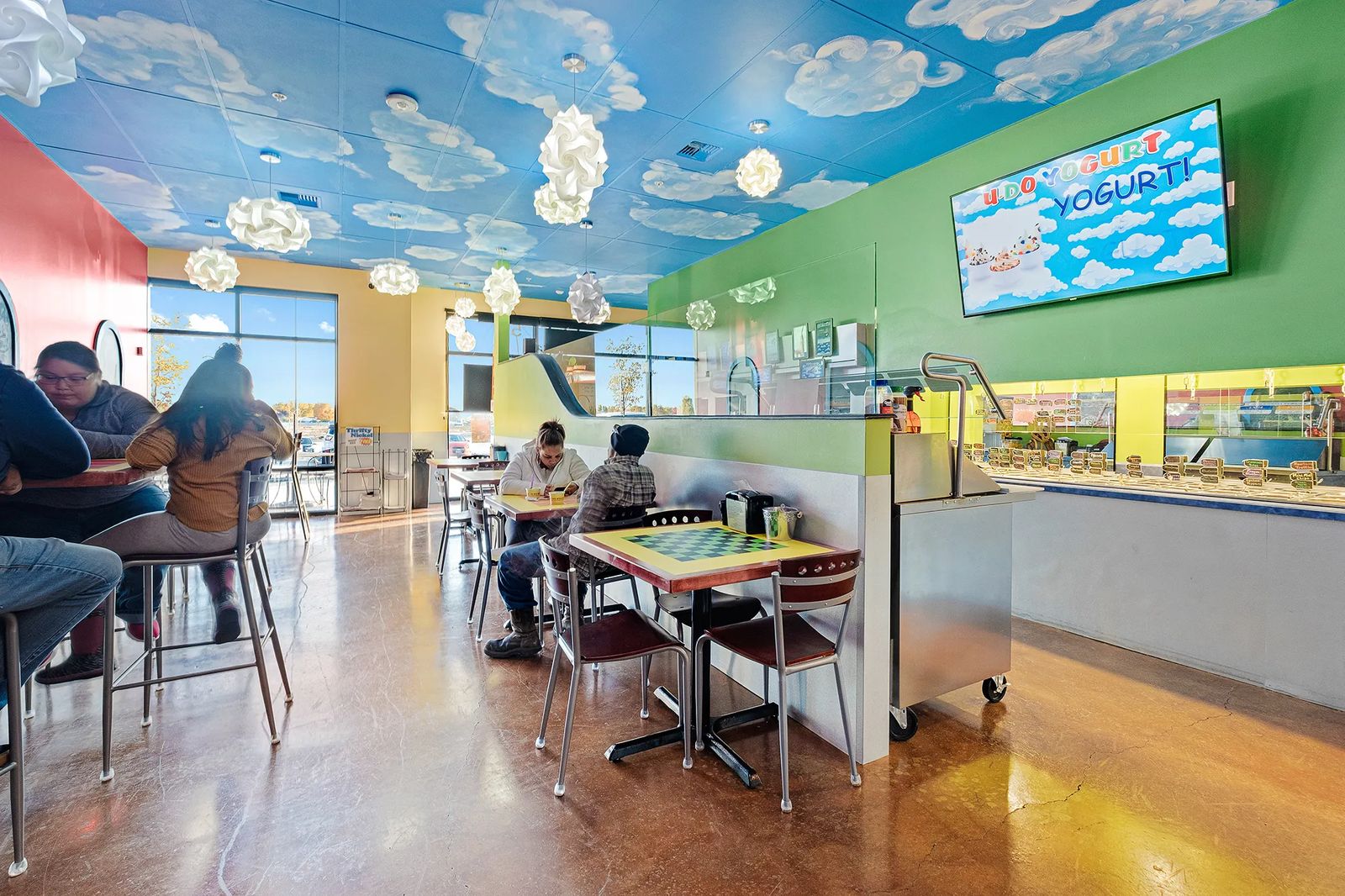 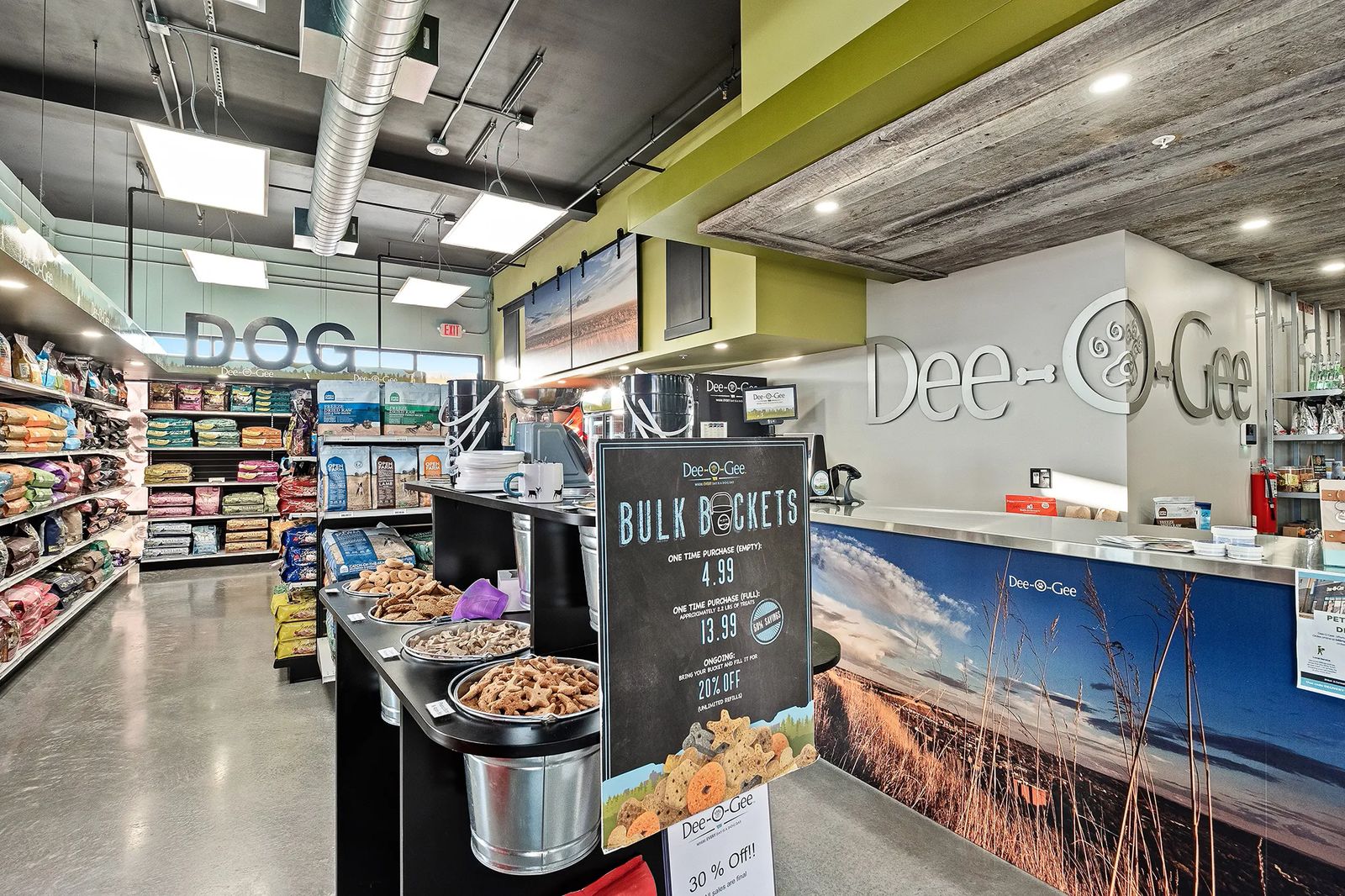 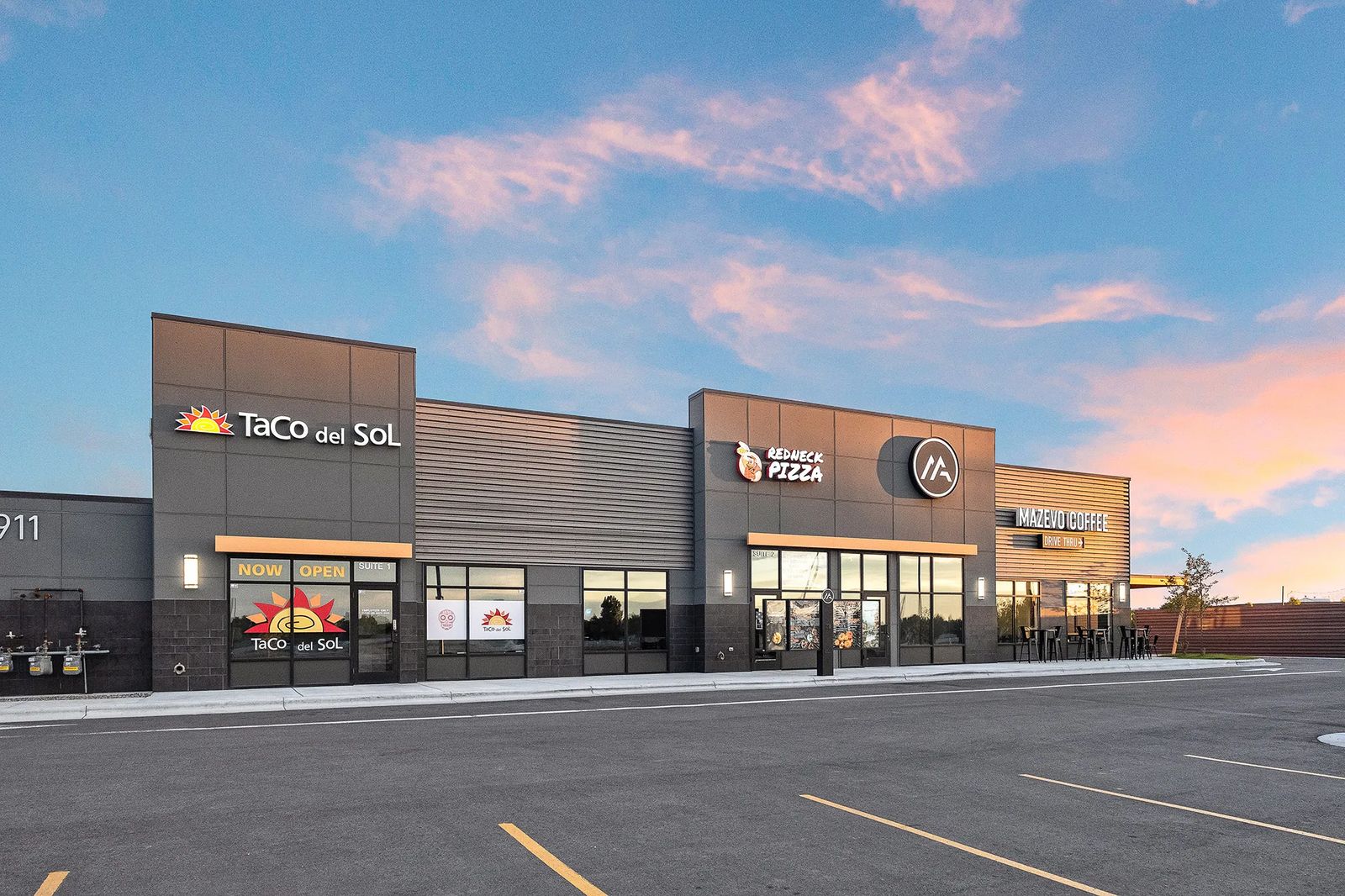 "We're seeing a lot of residents that are baby boomers and young professionals, and families with adult children,” Stock says. “Baby boomers like being with active young adults. That's our demographic. We have some selling their houses and moving here."

That kind of lifestyle — maintenance-free living in an upscale environment — is what appealed to Tiffany Rauch and her husband, Kevin. The couple ended up downsizing from their large family home to one of the three-bedroom apartments at Shiloh Commons. 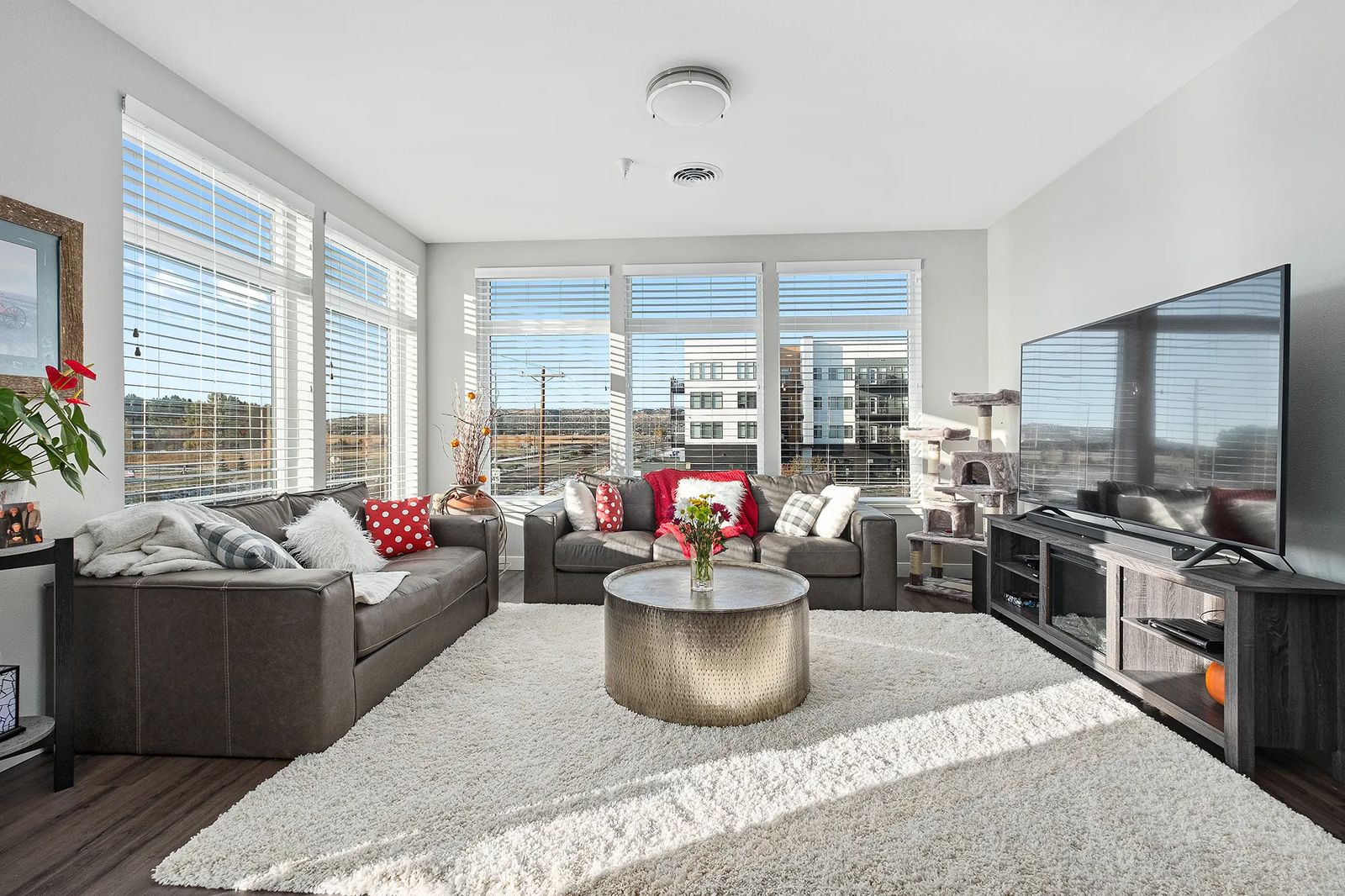 "My husband and I had a lunch date when he told me he'd scheduled a tour," says Rauch, a vivacious woman in her late 40s. "We came here and it got me excited thinking, 'I could do this!'" The couple, and Briella, their 4-year-old granddaughter they're raising, were among the first to move in this past February.

The Rauch apartment sits on the second floor. Their 1,440-square-foot corner unit has large windows that provide stellar views of the rims to the north and sunsets to the west.

Stepping out onto their private patio, Tiffany explains the move. "My husband and I raised nine kids and the baby of the family just graduated high school. This was the kicker to simplify life. It was a big shift but it was easy to downsize. Now, we spend time with each other and the kids rather than the upkeep and yard work. Our priorities changed." 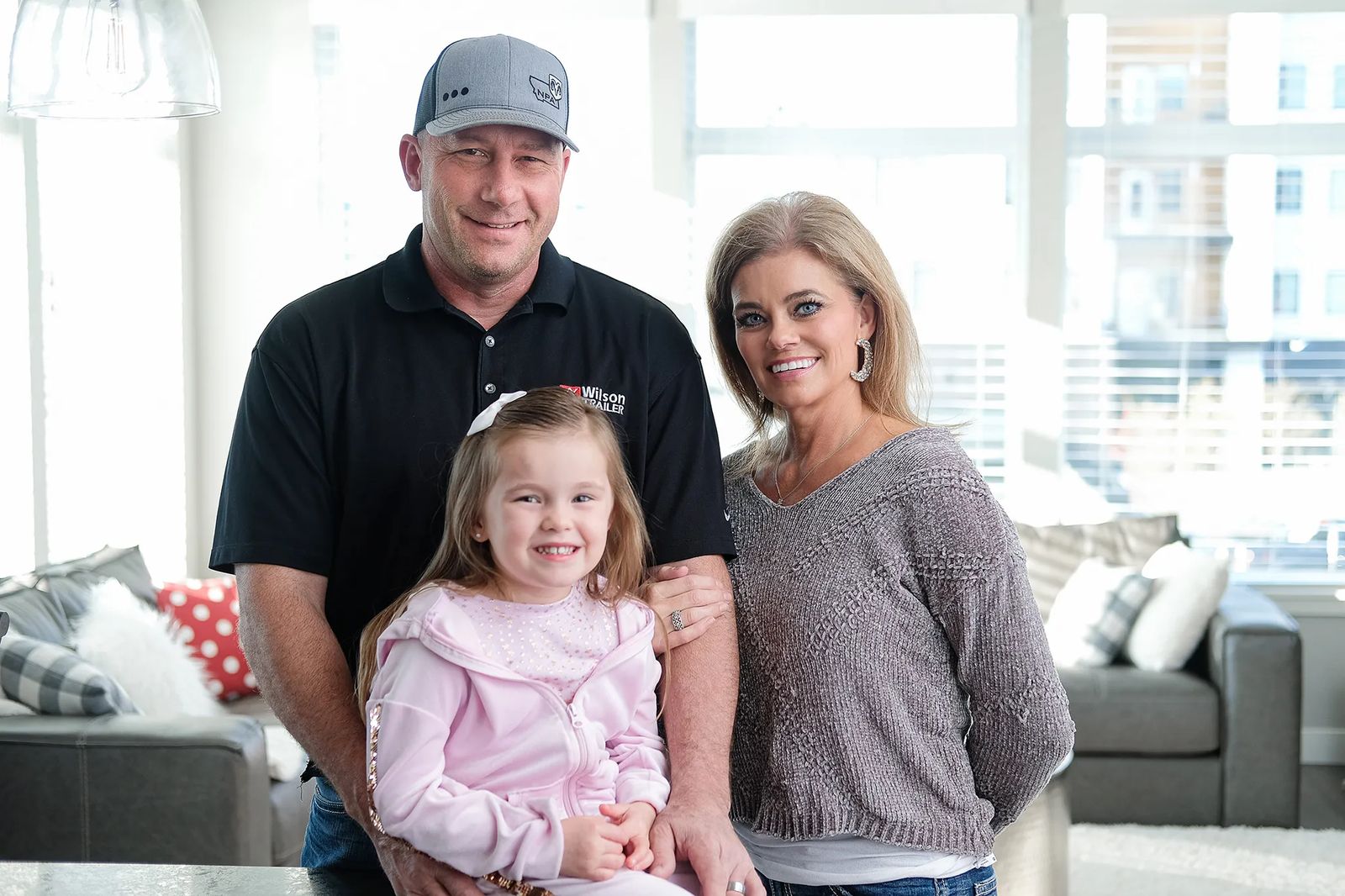 Their daily activities evolved, too. "It's so convenient and it's fun," Tiffany says. "We go to the yogurt place here and they call Briella by name. I go to yoga and coffee downstairs and I know everyone on our floor. We feel welcome. It's going back to simplicity. I visit with neighbors and have more time for connection."

Tiffany also noted how much easier the apartment is to clean and keep organized. She enjoys the stainless-steel kitchen appliances and her large master bedroom with a king-size bed. The open floor plan accommodates nine-foot ceilings, giving the space a comfortable, airy ambiance. 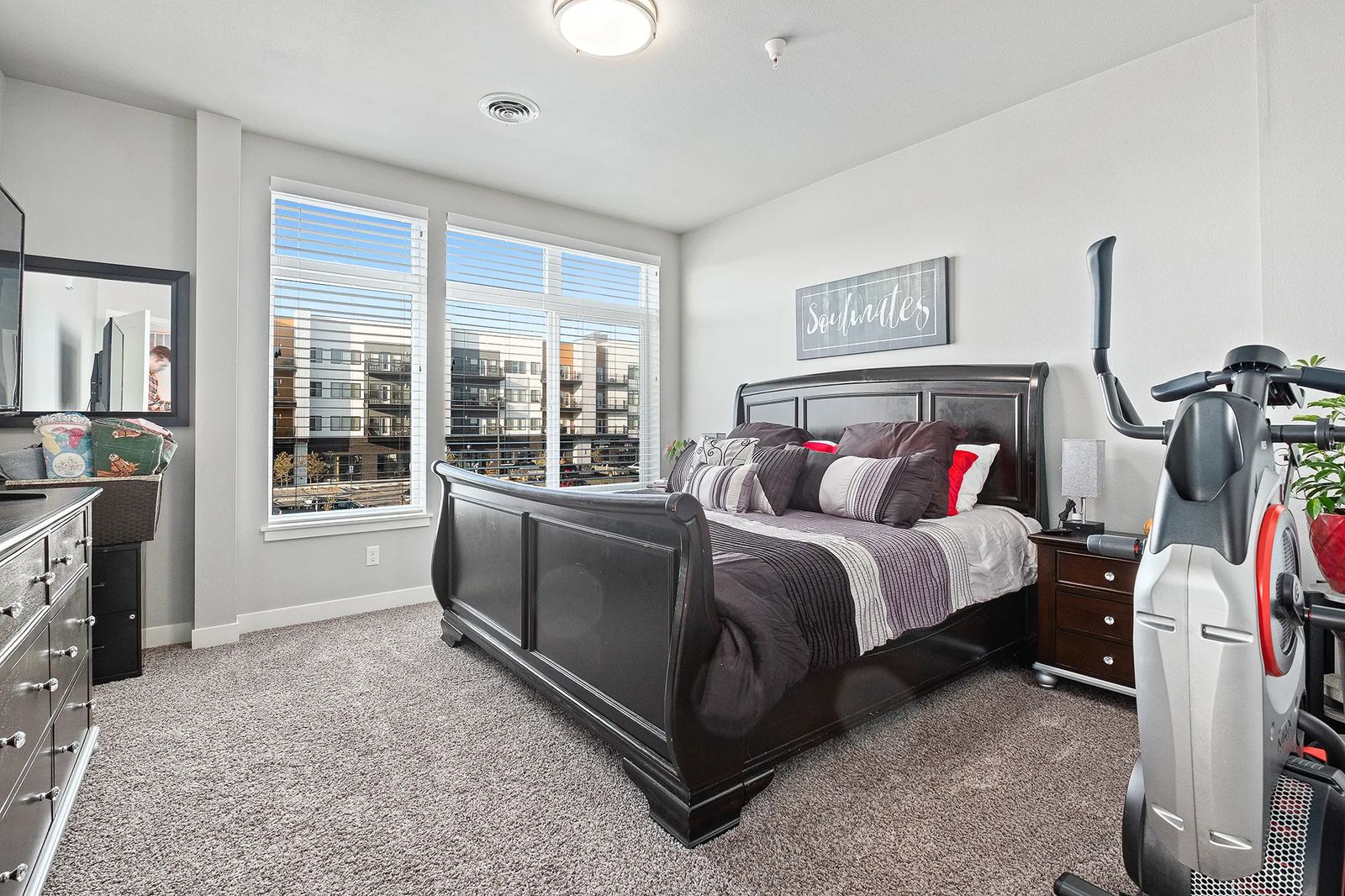 "We created that urban feel," says architect Frank Nienaber of Studio 4 Architects. "A lot of light, a lot of glass to see the Rims and different mountain ranges. Tenants can live here without constantly driving somewhere. And since Mike wanted a more contemporary design, we created courtyards and pedestrian areas with wide, deep sidewalks and patio space."

The design took into account the landscape, as well. By building upward, he says, the project created density.

"It's for the future especially," he says. "We're not taking up farm and fields. We're not sprawling out. It's a wise use of the land. With Shiloh being a long corridor and with roundabouts, we have a blank slate with Shiloh."

"It's a good location," adds Stock. "Shiloh is the future of our commerce. It's our street for the next 25 years. The roundabouts are for easy flow connecting to the Interstate. The city growth pattern between Grand Avenue and King is Shiloh in the center." 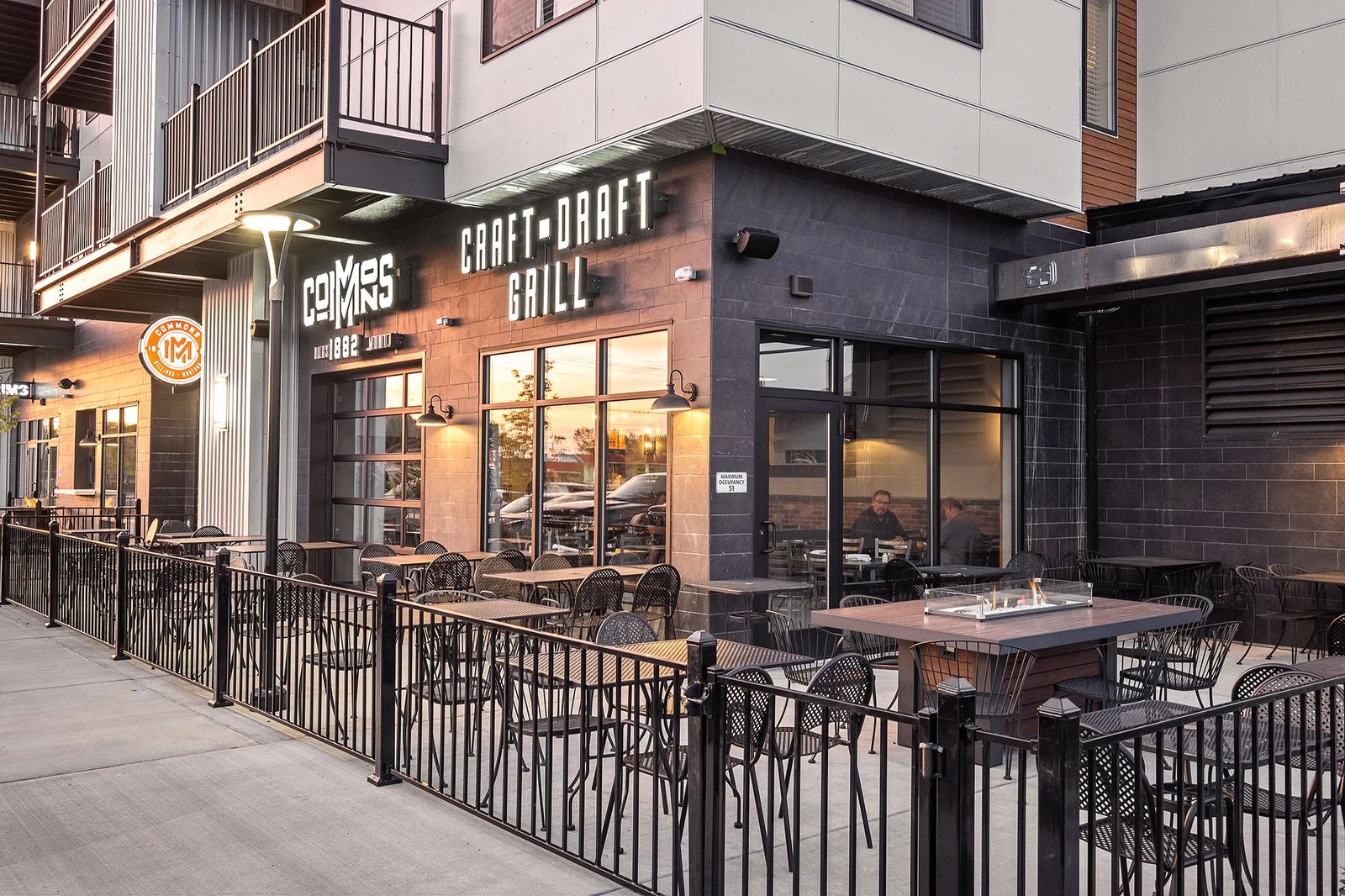 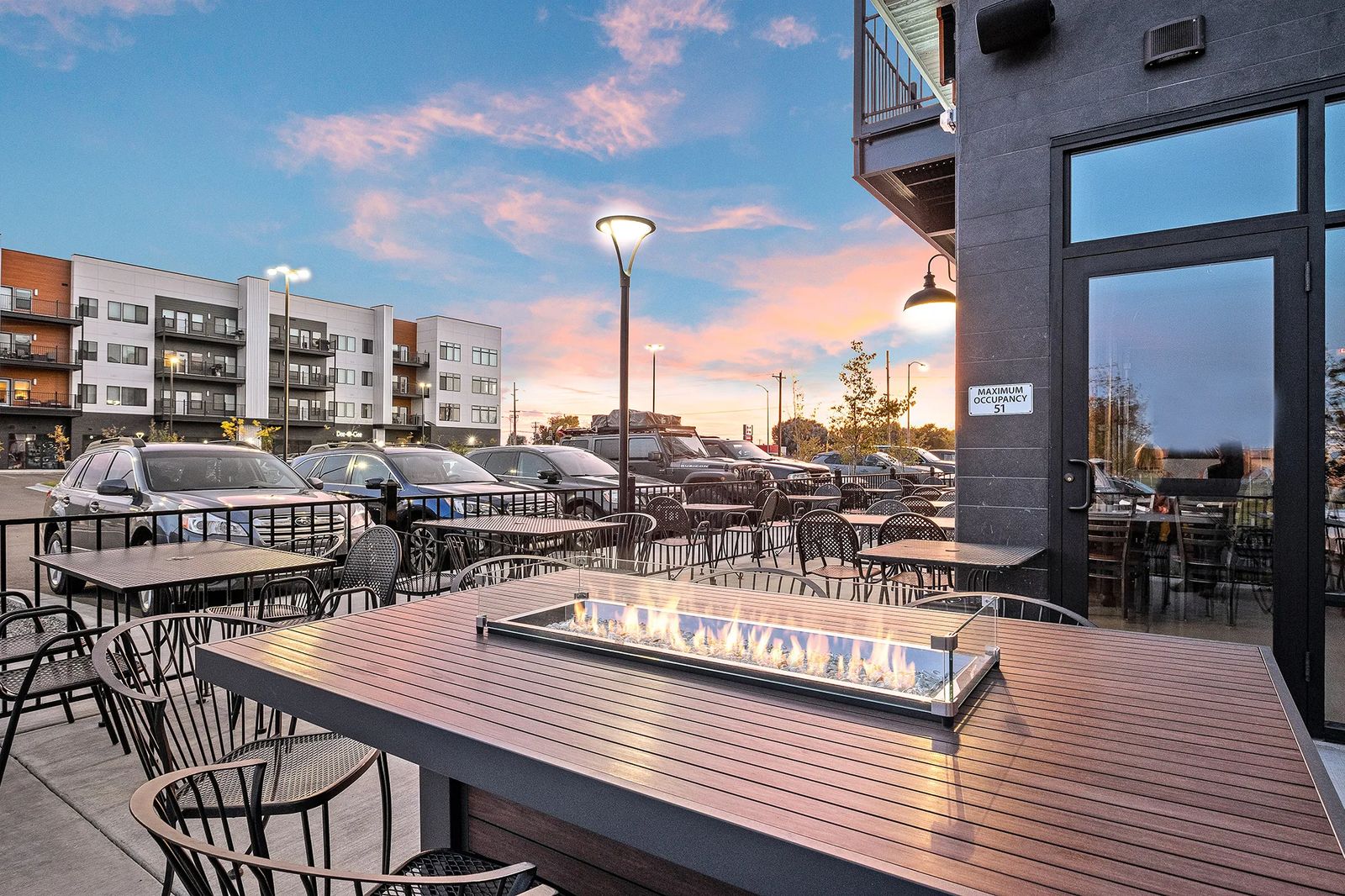 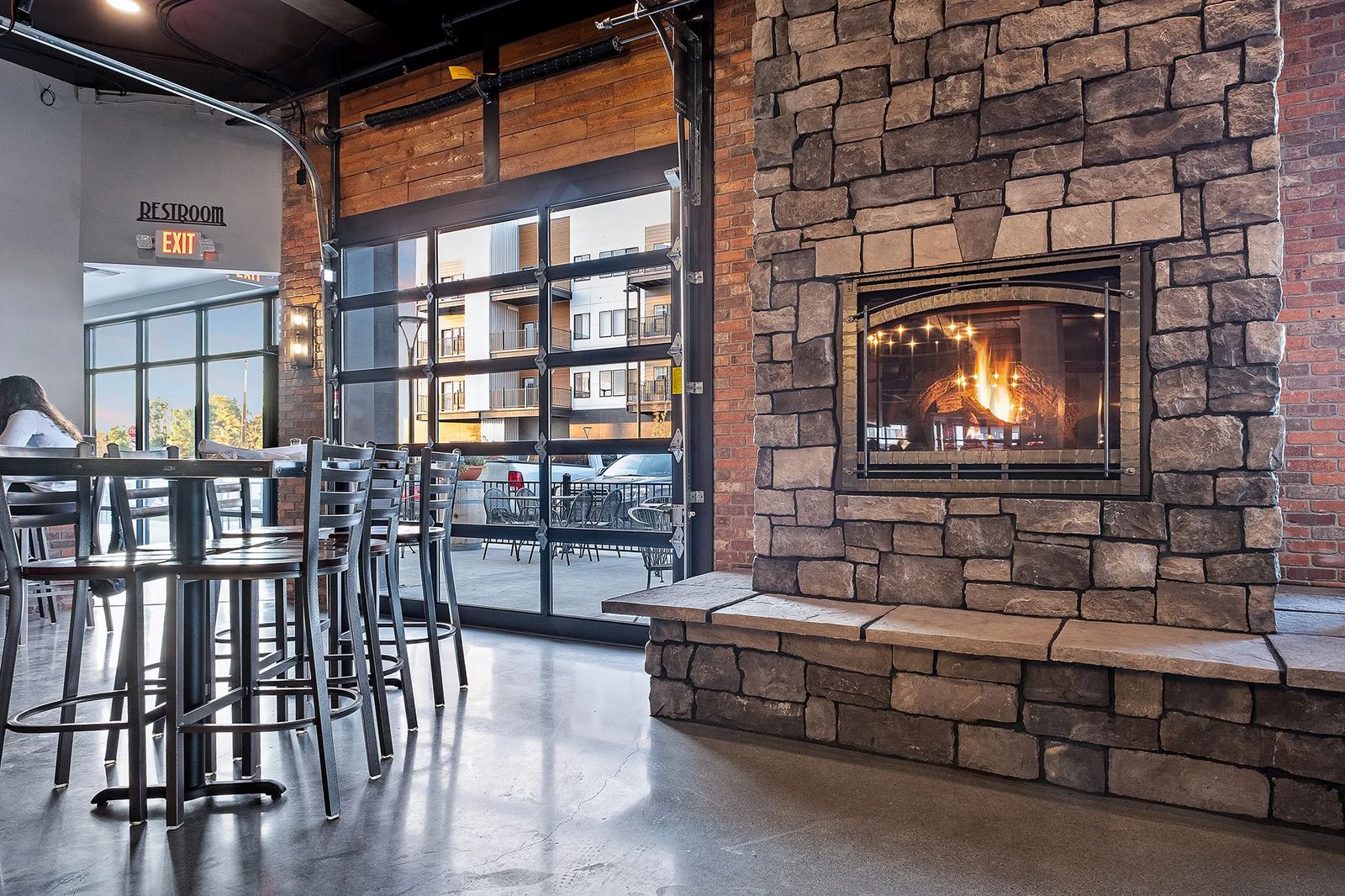 Billings continues to grow. People need housing and retailers need space and customers. Greg Oliphant, owner of Commons 1882, moved his restaurant from downtown to Shiloh Commons. "You go where the people are," he says. "It's better to come where the rooftops are."

Oliphant says his decision to relocate his business was based on the concept Stock put together. “It's brilliantly placed and situated in Billings," Oliphant says. The move proved the wise thing to do, as his business has more than tripled. "We served 3,342 guests in 14 days," he says.

Oliphant also opened The Rims Martini and Wine Bar, which is connected to the restaurant. Each business generates its own individual vibe along with decor that is "not exactly like anything else in Billings." While the eating establishment boasts a light industrial flair, the martini and wine bar has a bit of a European finish with a more intimate setting.

Each business in the complex brings a unique experience, and the business owners share in the excitement.

"You get that sense of old-school community. It's so exciting getting to know everyone," says Daniel Botz, co-owner of Mazevo Coffee.

Vicki Thurston of Thurston Family Insurance recognizes the buzz that's electrifying the Shiloh corridor. "The energy is exciting," she says. "Everybody's talking about this location."

Stock believes the Shiloh Commons concept is the future of commercial real estate and it’s one Billings business is buying in to. The development offers more than 60,000 square feet of retail space. Stock tallies the workforce, so far, at roughly 150 people.

The four six-level buildings feature 144 condo-quality luxury apartments offering one, two, and three bedrooms. More than 300 tenants already live in the community. Each building dedicates three floors to apartments. The ground level is all commercial space and then there's underground parking for tenants, kept at a constant 65 degrees. The sixth level embraces private rooftop decks. 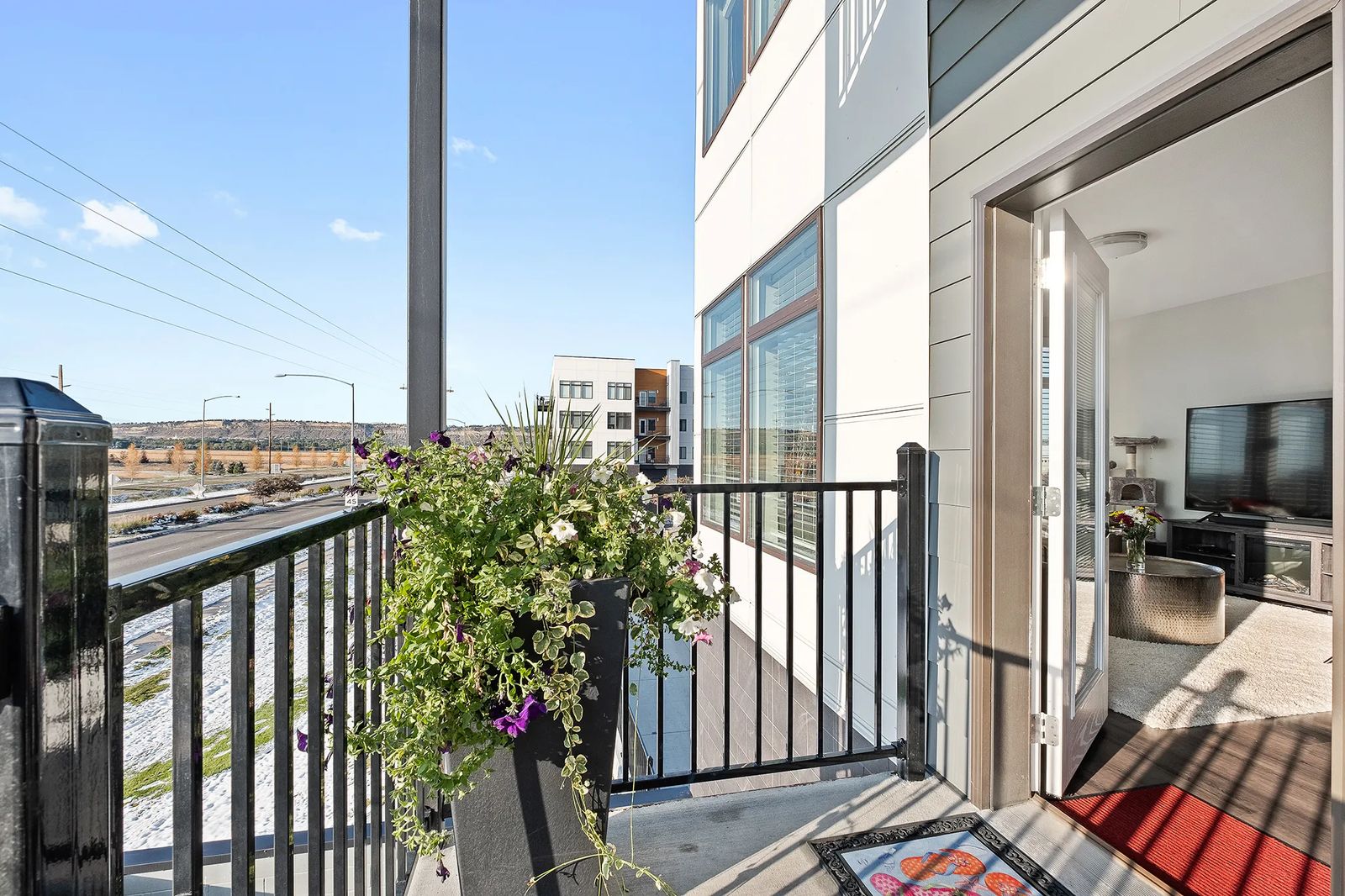 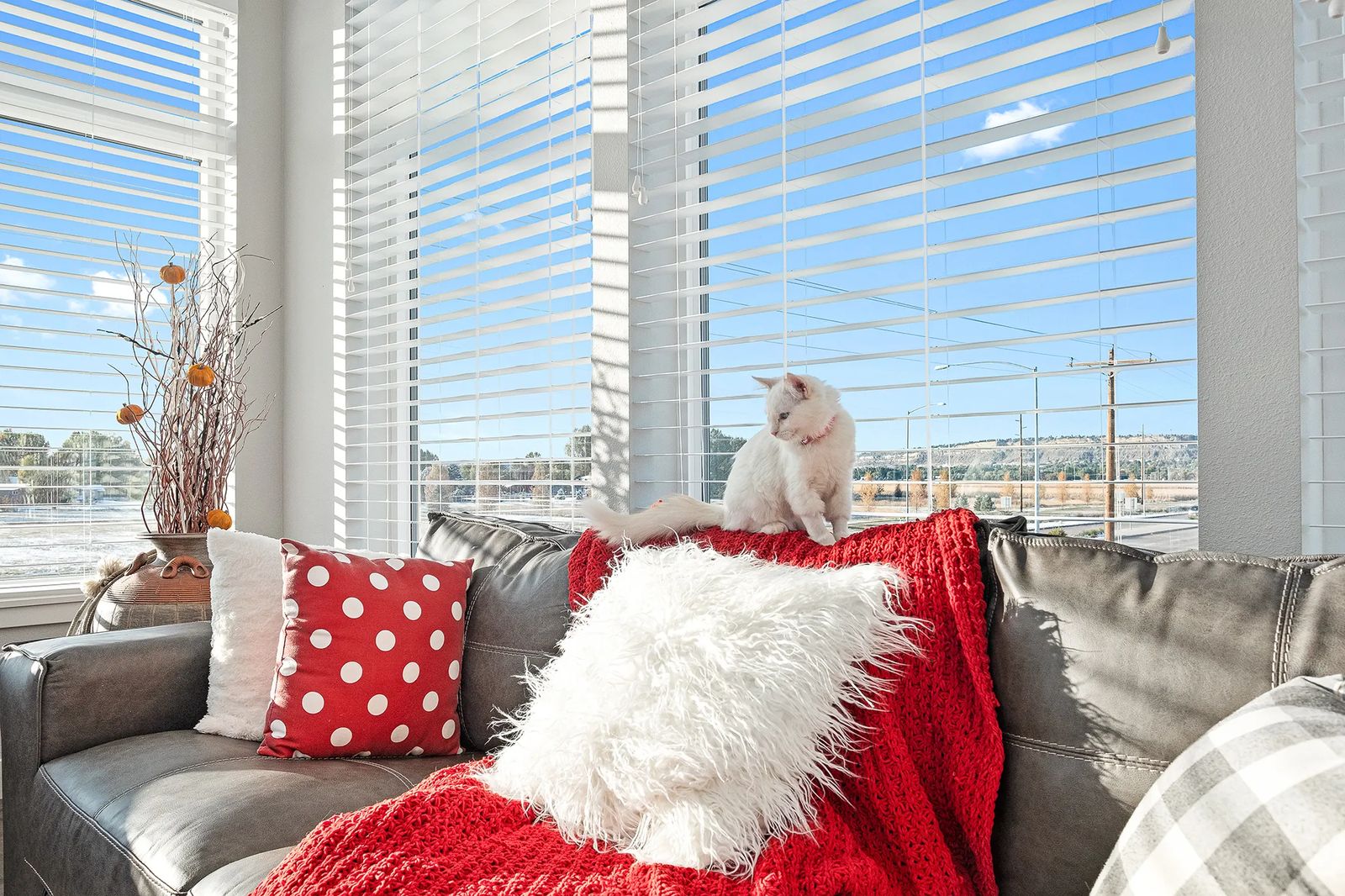 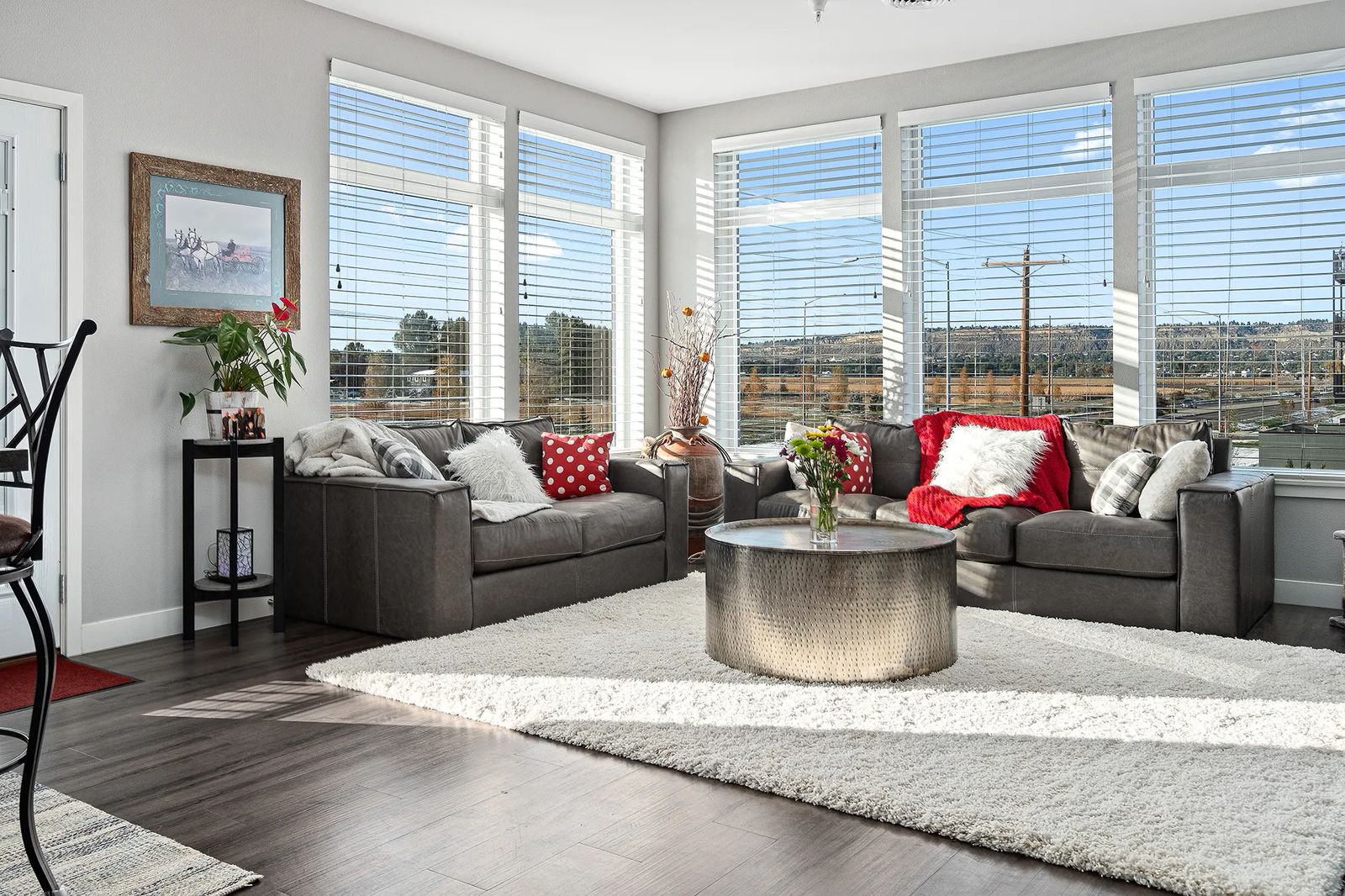 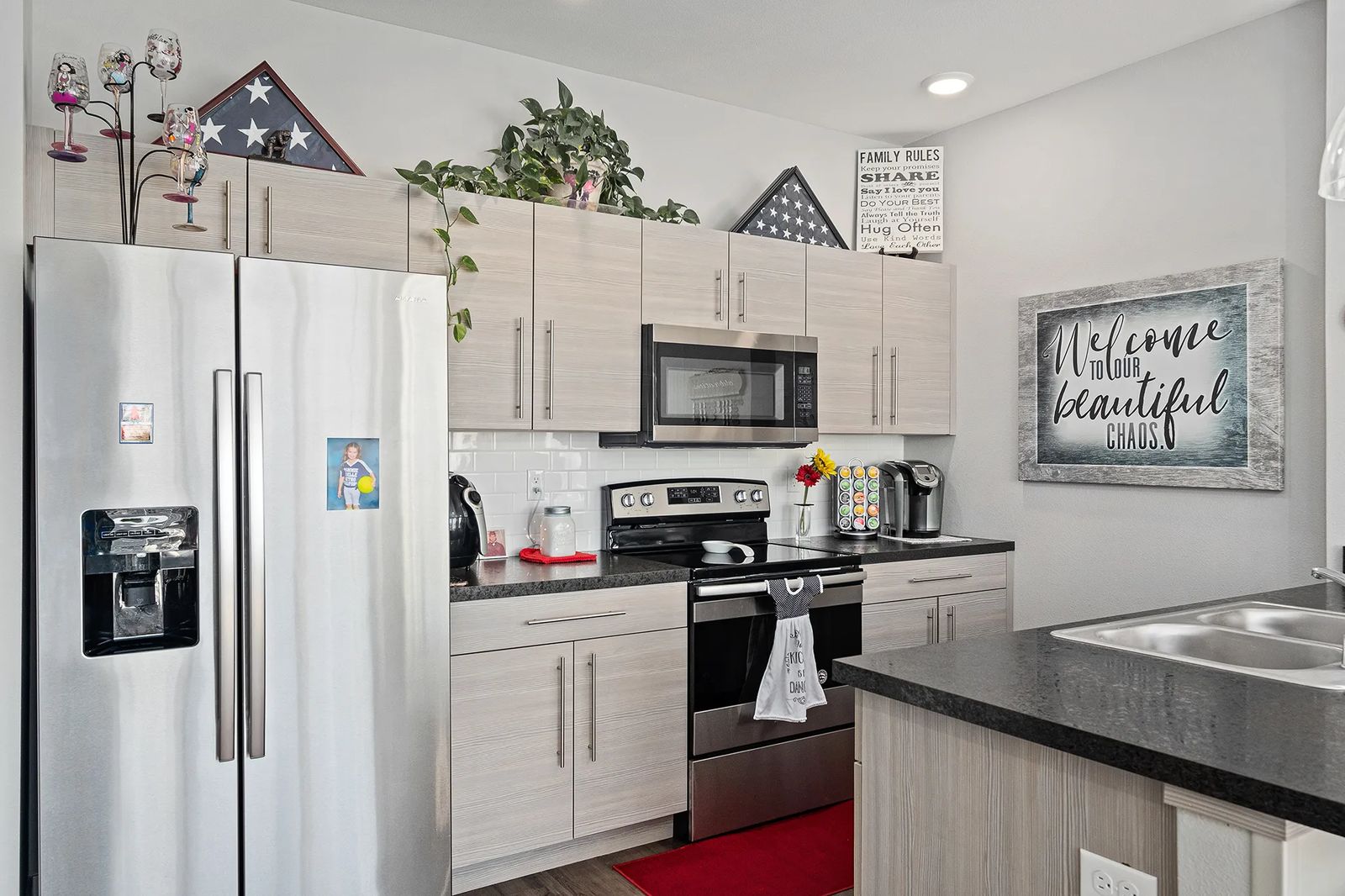 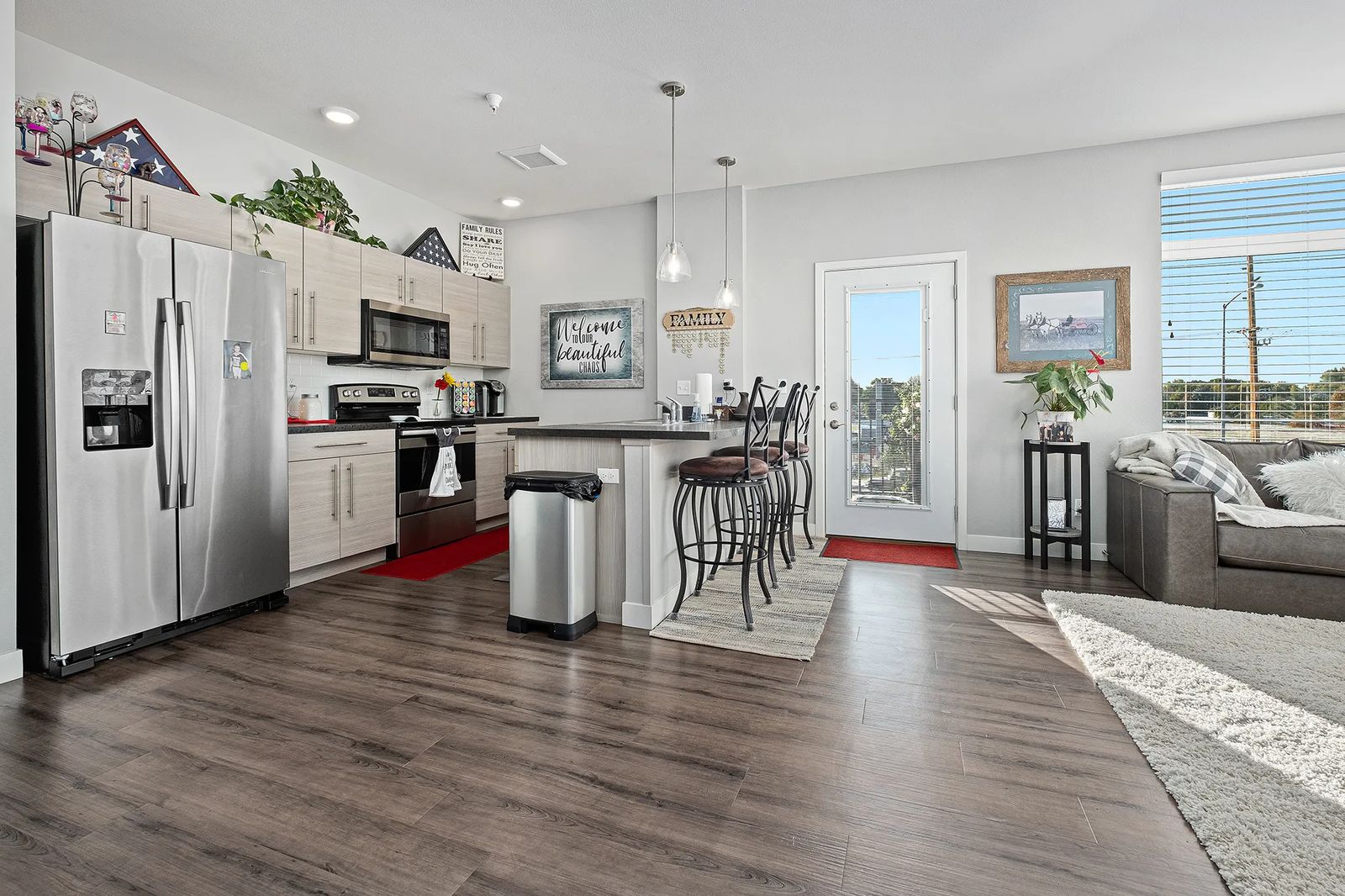 It's an attractive community sitting on about 10 acres. Stock acknowledges, however, that the 29-month project created its share of angst.

"We had a few challenges to overcome,” he says. “We endured a lot of stuff. It became a lot bigger than we'd anticipated. Underground parking brought on another dimension for six levels. There was lots of rain the last two springs, record heat, ice storms and record winters."

From the beginning, many remember seeing the big sign posted on the fence along Shiloh Road that read, "Jesus is Lord over this project." Stock, his team and all involved endured harsh weather, overcoming building re-designs, having to meet fire codes for multi-use living and other obstacles that popped up. It was by grace the project kept moving forward, he says.

"The city of Billings was good to work with. We were grateful they helped us through the process," Stock says. "We did market studies, so that what we would build would be absorbed, as the economics have to work. We prayed about it first for God to open the doors. We walked the site. I picked up the dirt and prayed over it." 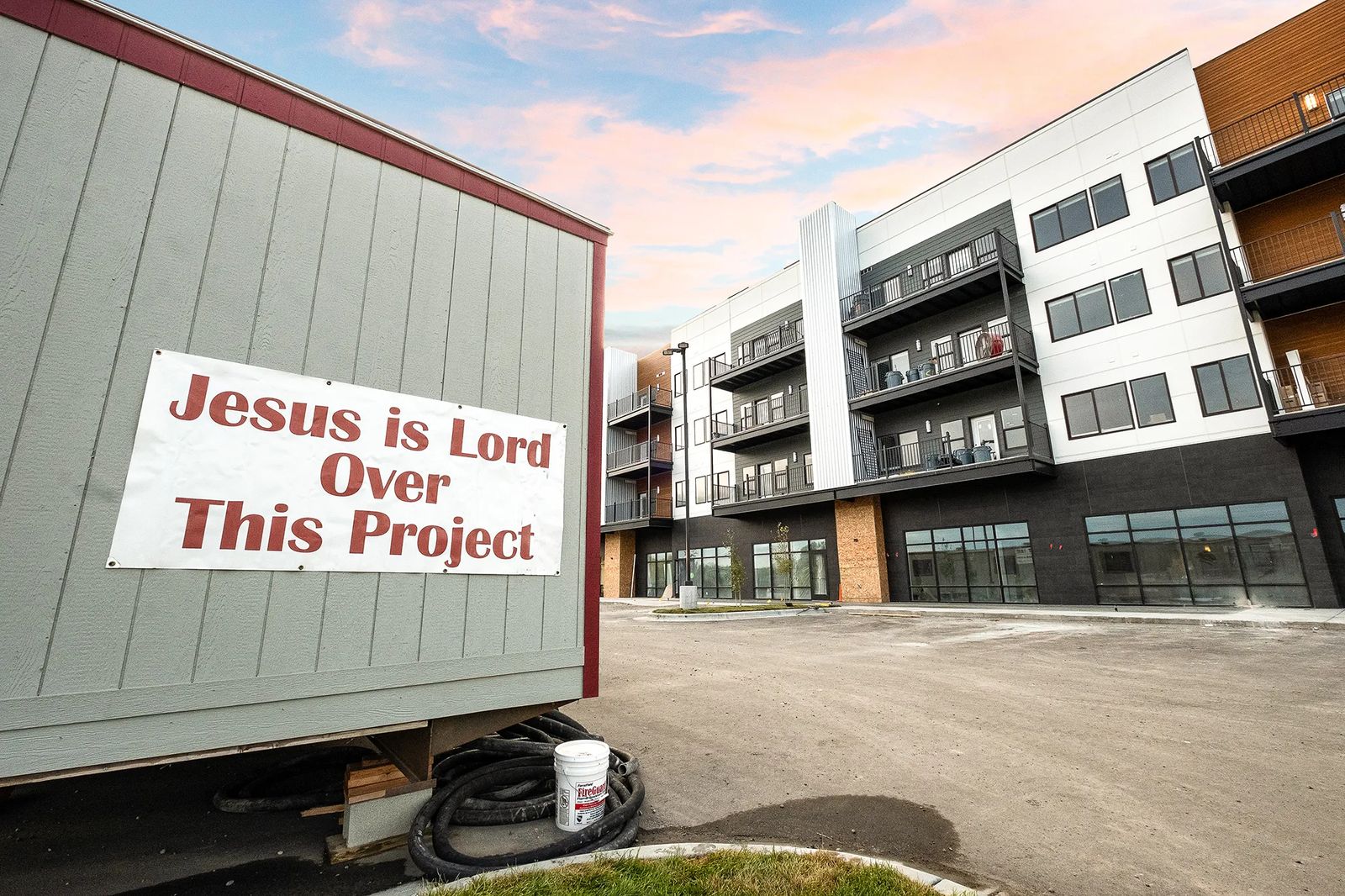 More than two years after the project began, Shiloh Commons is now part of the steady growth of Billings.

"Our economy is ag,” he says. “We have our hospitals.  We're a retail hub. To grow properly, we need housing with different levels of apartments to rent.” And following a national trend of building communities within communities, Shiloh Commons is poised for success.

“With its people, Billings is a good place to invest in real estate,” Stock says. “We're a stable economy and I see steady growth here for 20 years. It'll sustain itself.”