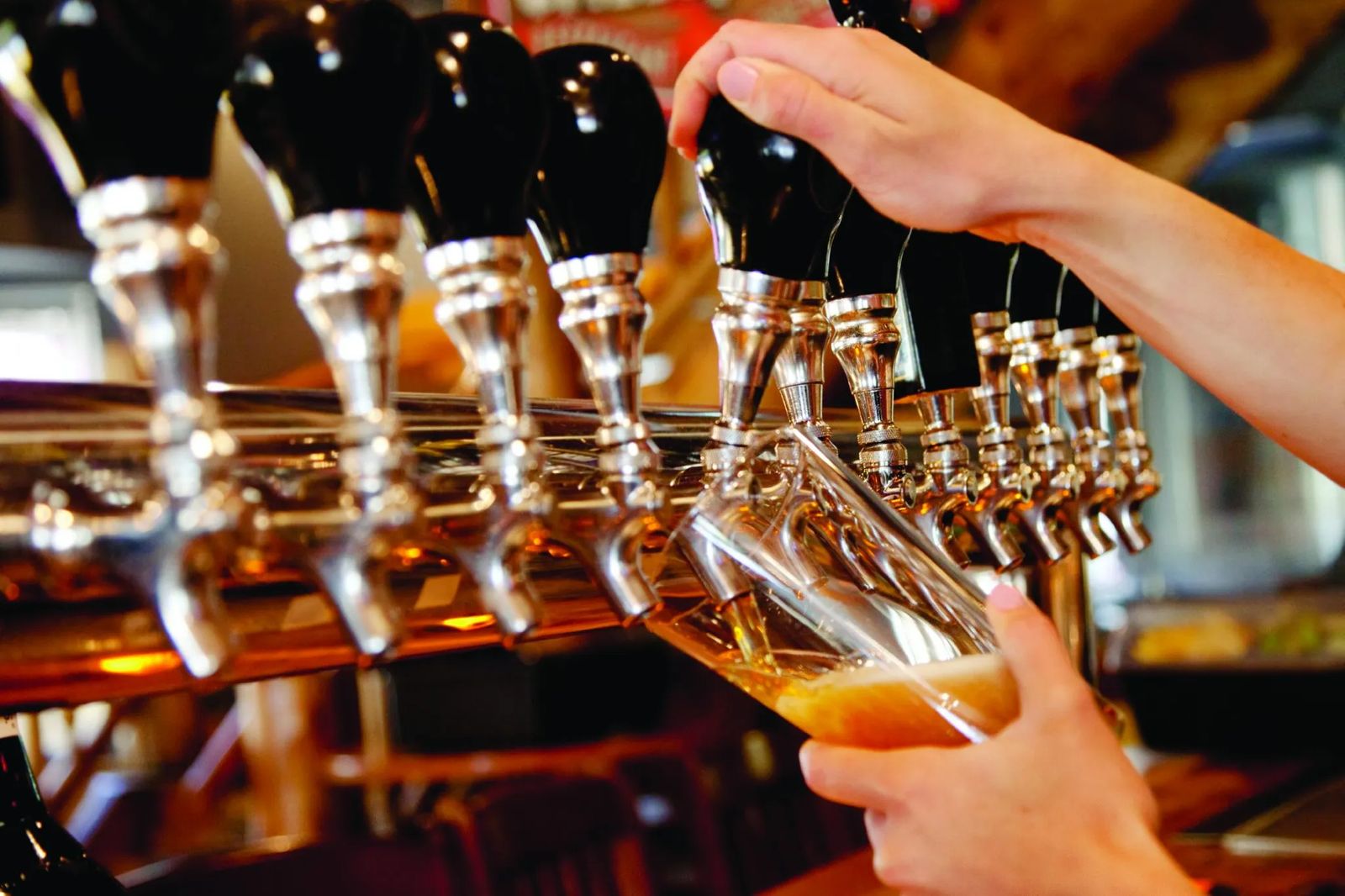 The Business of Craft Beer

At last count, there were 60 craft breweries operating in Montana, with five more scheduled to open early in 2016. More and more, Montanans order their beer not by the brand, but by the type: India pale ale, Pilsner, Scotch ale, stout, wheat and dozens more.

Matt Leow, executive director of the Montana Brewers Association, says the craft beer landscape is changing so quickly that the last comprehensive study of the industry’s economic impact in Montana, completed in August 2014 and using 2013 statistics, is already badly dated.

Even so, the findings by the Bureau of Business and Economic Research at the University of Montana were impressive. Montana brewers had 486 employees and a payroll of $9.5 million in 2013, and their expenditures across the state amounted to $22.5 million.

Fifty-some brewers were surveyed and reported that nearly half their spending was done in-state, with the construction and retail sectors being two major beneficiaries of that spending. The study also showed that the craft beer industry’s overall economic impact expanded by 20 percent between 2011 and 2013, when it was estimated at $60 million.

And all that activity was with 40 active breweries, a third fewer than there are today. Leow estimated in mid-December that Montana breweries had 900 employees and he predicted the number would soon top 1,000. But he couldn’t be sure.

“It’s tough to stay on top of,” he says. “It’s a constantly moving target.”

The craft beer boom is being felt in the agricultural world, too. In 2014, for the first time, Montana had more acres—630,000— planted with malt barley than any other state. Idaho was still the top producer because of its irrigated barley crop, but Montana has been increasing its production for years. 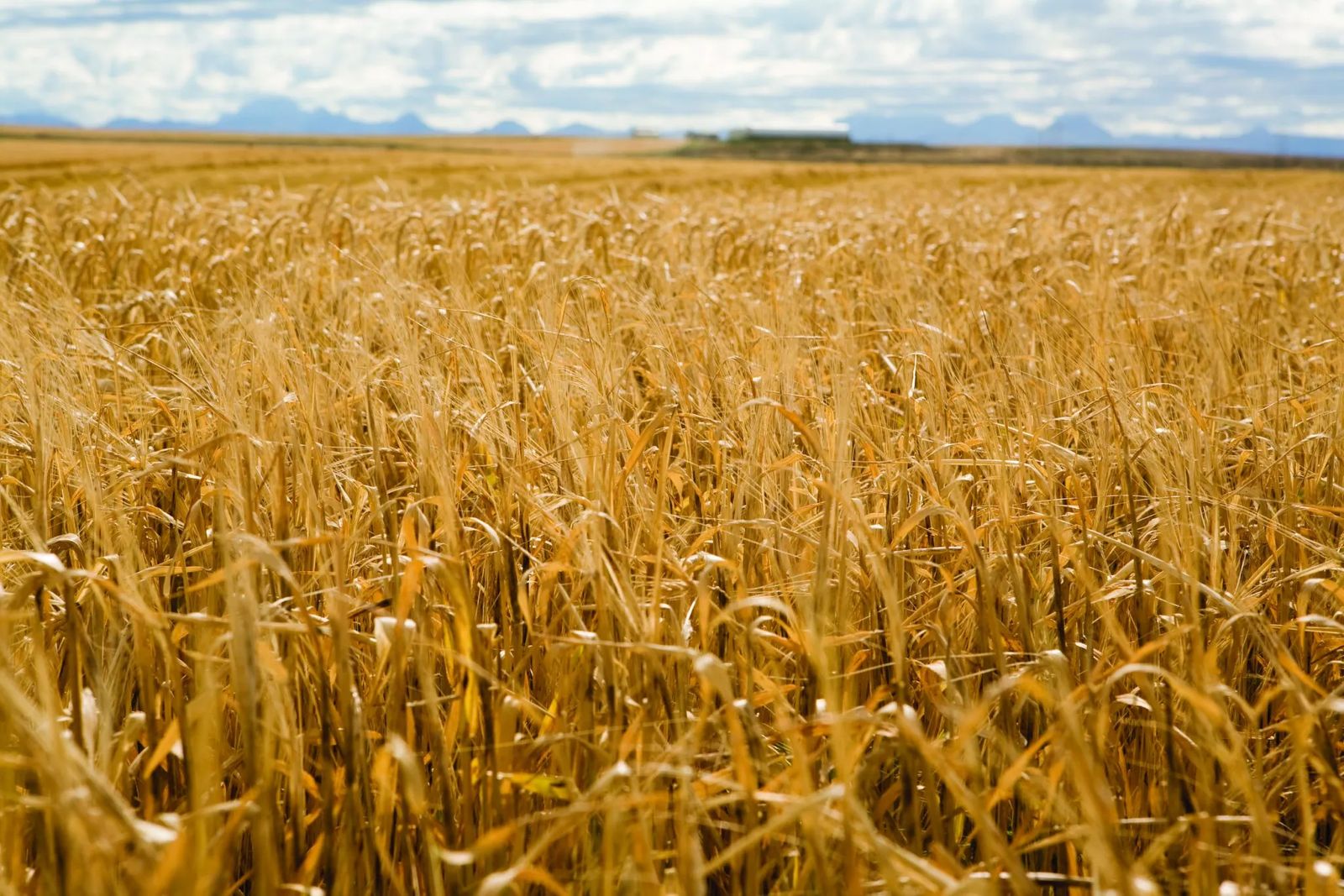 Milo “Buzz” Mattelin, of Culbertson, District 1 director of the Montana Wheat and Barley Committee, says fusarium head blight, or scab, has been pushing barley production west out of Minnesota and North Dakota for many years. But the rise of craft brewing is also having an impact.

One result is that companies like Malteurop, whose malting plant in Great Falls is the only one in Montana, started bagging smaller quantities of malt, now sometimes shipping by the bag or pallet, as opposed to a train car full.

“They are catering to the craft brewers,” Mattelin says. “It’s gotten big enough that the big malt houses are paying attention.”

Mark Black, the western barley manager and plant breeding coordinator for Malteurop in Great Falls, says that the precise numbers were proprietary, but that craft beer-making has become “an important part of our business.”

Black says the malt house in Great Falls still serves several big brewers, but now caters to the needs of dozens of craft brewers as well. The plant gets 80 percent of its malt barley from the Golden Triangle, between Great Falls, Conrad and Havre. The relatively high elevation there makes it especially good for barley.

“That creates cool nights, and barley needs cool nights to rest from heat stress during the day,” Black says.

The arid conditions also make the Golden Triangle much more resistant to crop diseases. “We don’t have the same disease pressures as you would in eastern Montana and North Dakota,” he says. One more positive factor is that barley is a good rotator crop for wheat, beets and other crops typically planted in Montana.

Barley doesn’t need the nitrogen that some plants do, so fewer fertilizers are used during the barley phase, giving the soil a rest.

Malteurop’s commitment to craft brewers became evident in 2005, when it launched its annual Barley Days get-together. Farmers and brewers are invited to the Great Falls plant for a barbecue, presentations and tours of the malt house. They also go out in the field to visit trial plots where different varieties of barley are growing.

“It’s a great way for farmers to get with brewers, and brewers with farmers, and see how we do the processing here,” Black says. 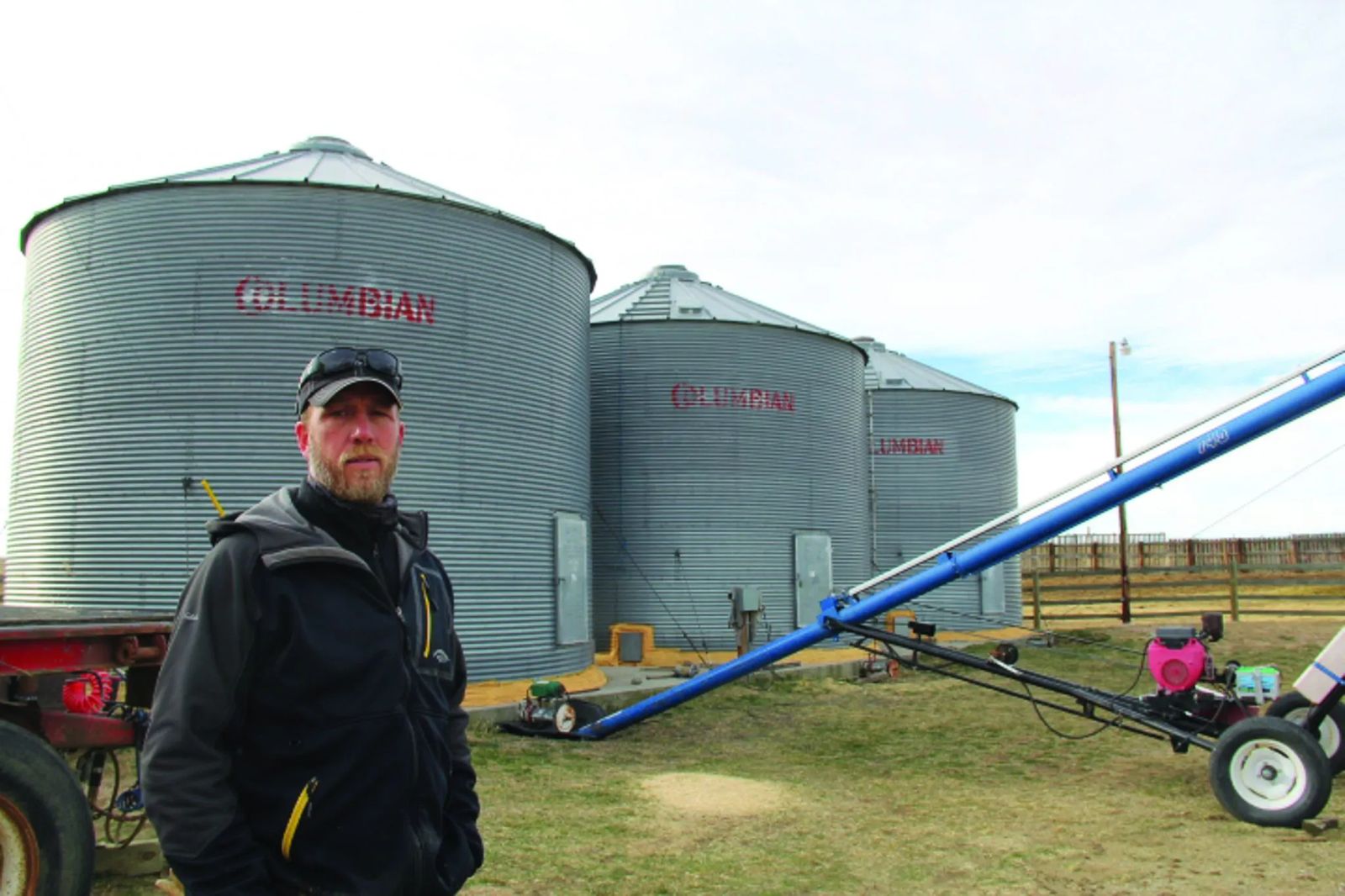 Courtney Herzog, who farms and ranches with his father and brother near Rapelje, has planted an average of 800 acres of malt barley for the past three years. He’s sold some to Malteurop, but the Great Falls plant is four hours away, so he hauls most of his barley to the Ralston, Wyo., elevator owned by Breiss Malt & Ingredients Co., which does a lot of small-scale production of specialty malts for craft brewers.

Herzog says they raise cattle and have tried nine different crops on their place, including lentils, safflowers, spring wheat, winter wheat and peas.

“As a grain producer, obviously it’s good to have diversity of income, but also a variety of crops you can raise,” Herzog says. He likes barley because it helps break up diseases and because, in recent years, barley prices have been better than prices for winter wheat. “And for us,” he says, “we can raise barley for quite a little bit less than winter wheat.”

Herzog also likes the end product of malt barley. He’s a fan of Canyon Creek Brewing on the West End of Billings, and one of his favorite beers is Cold Smoke, a Scotch ale made by Kettlehouse Brewing Co., in Missoula. He is still learning about what goes into craft beers.

“I just got a sheet of all the different kinds of malt barley and what they do with it,” he says. “It’s unbelievable.”

Another benefit of craft brewing that shouldn’t be overlooked is that breweries aren’t just in the bigger cities. More and more of them are opening in smaller, ag-based towns, providing a shot of economic stimulus.

In Wibaux, with a population somewhere in the neighborhood of 650, the Beaver Creek Brewery has been a big draw since it opened in 2008. It attracts customers from Glendive, Baker and Ekalaka, and from the North Dakota towns of Williston, Dickinson and Beach.

Wibaux is still primarily an ag town, Beaver Creek co-owner Jim Devine says. “We’d like to think we keep it viable by getting more visitors coming to town, so they can go to all the different businesses,” he says. A few years ago the brewery expanded next door into the old Gem Theatre, where they now have a live music-restaurant venue. 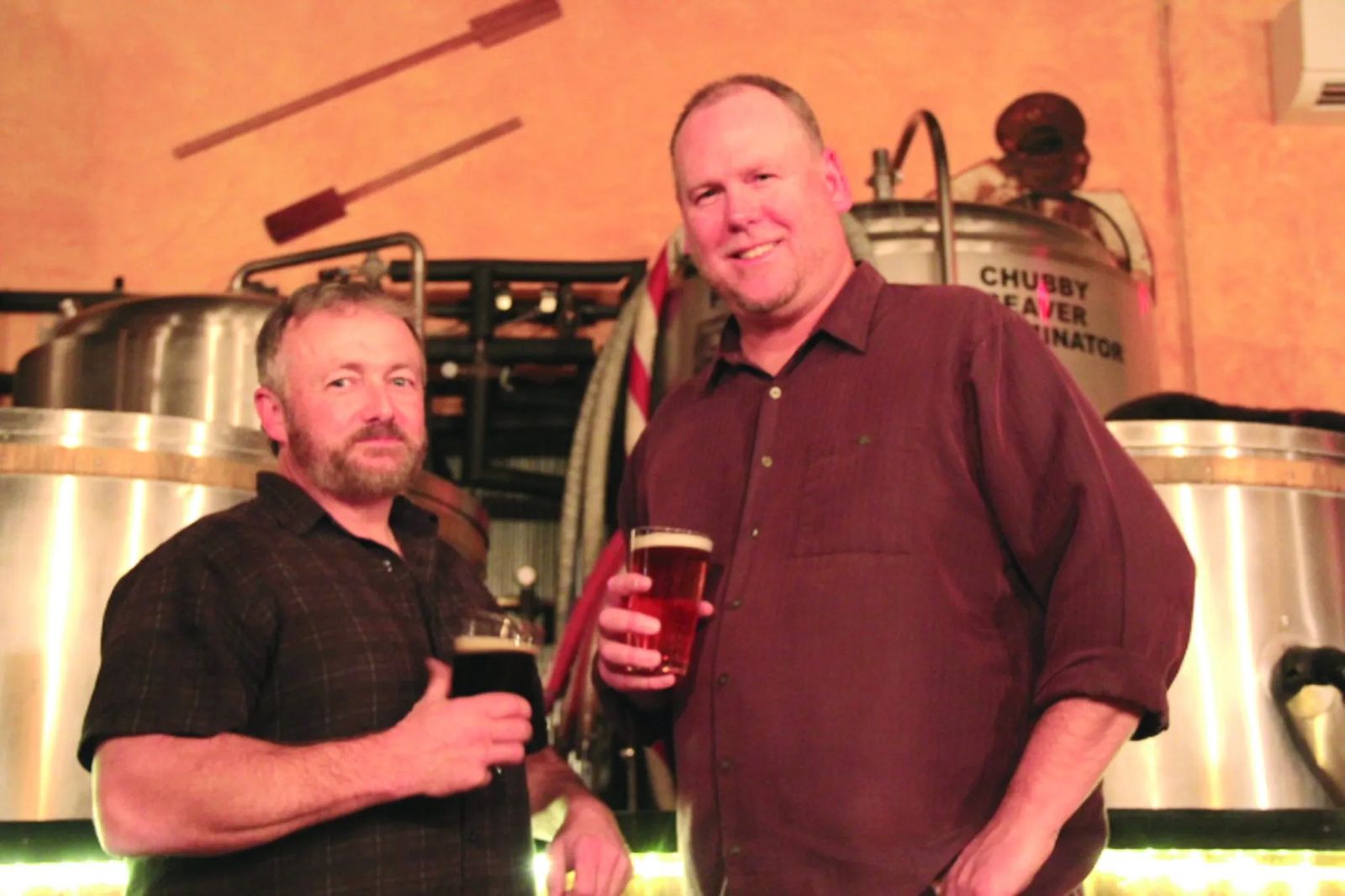 The brewery has also hosted several community meetings, including a cattle ranchers association meeting that attracted 50 to 60 people. Devine did a presentation in the brewery for 4-H kids from Baker, telling them about the different types of barley used in the beer-making process.

It’s been eye-opening for Devine to see the impact of his business. There is the payroll for nine or 10 part- and full-time employees, plus excise taxes on beer, and frequent purchases from the local grocery and hardware stores.

“It just started to dawn on me,” he says. “I’m starting to see how the small businesses really build community.”

Another important ingredient for craft brewers is hops, but don’t look for a boom in that crop anytime soon. Tom Britz, owner of the Glacier Hops Ranch in Whitefish and national at-large director of the Hop Growers of America, says that when it comes to hops, “a little bit goes a long way.”

To supply all the hops needed by every brewer in Montana, he says, about 130 acres would do it. And it is a capital-intensive crop to establish—about $15,000 an acre—and then extremely labor-intensive once it is established. He says it also requires specialized harvesting, processing, packaging and storage equipment.

The business, Britz says, “is not for the faint of heart.”

Britz started growing hops 3½ years ago with just one acre, used mainly for research. He tested up to 46 varieties of hops from all over the world to give his clients a wide choice. By next year he hopes to have 31 producing acres of hops, and he is in the process of expanding his client base outside of Montana. 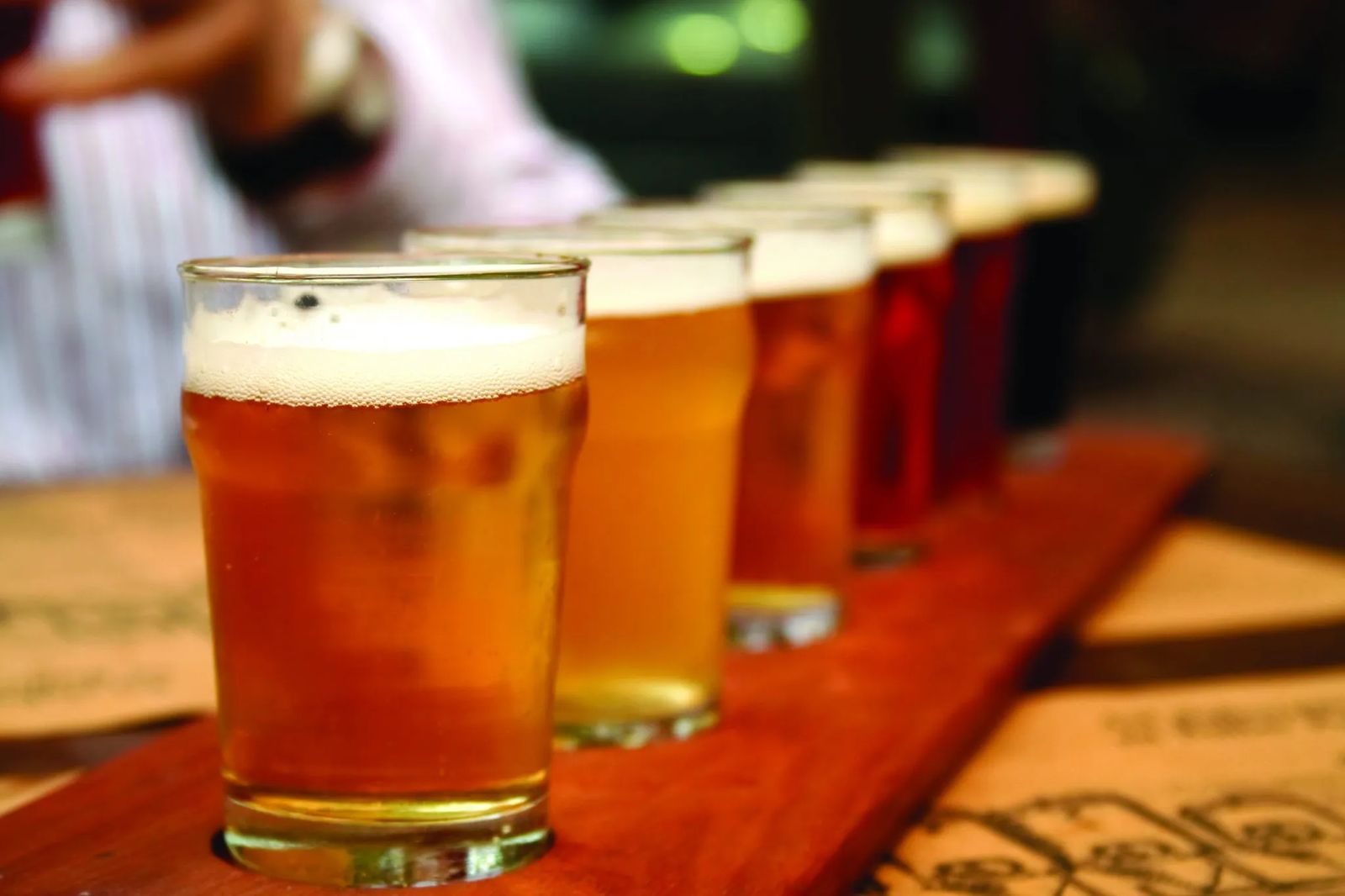 So don’t look for any dramatic growth in the Montana hop industry. But do look for an ever-expanding barley crop. Mattelin says the Wheat and Barley Committee has done a lot of work to develop markets in Mexico and Latin America, which have the potential to become large importers of barley.

And in the United States, Mattelin doesn’t see any slowdown in the rise of craft beers.

“The millennials don’t like the traditional beers,” he says. “It’s an exciting time for barley and beer.”