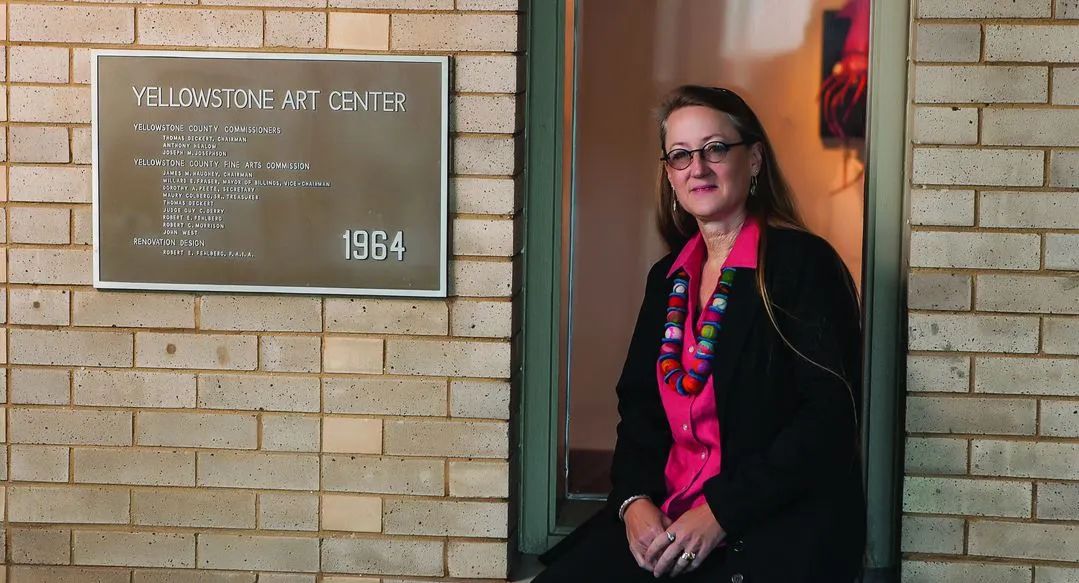 Editor's Note: This year the Yellowstone Art Museum celebrates its 50th Anniversary. In light of this milestone, YVW is featuring some of the women who work to make this museum stand out.

“Linder and Zentz express a localized reality,” Robyn says.  “Their work reflects more than the ‘look’ of a place.”

Robyn will tell you that curiosity about the “localized reality” expressed by Linder and Zentz was one of many reasons she applied for the YAM’s Executive Director’s job in 2005.  Whatever those reasons, from YAM’s perspective, Robyn’s artistic vision and firm, steady hand have shepherded the institution into 2014, its celebratory 50th anniversary year.

From Robyn’s view as an art historian and museum administrator, YAM is an “ambitious undertaking” for a city of Billings’ size.  Sparse population and vast spaces translate into fewer volunteers and donors with resources to support museum operations.  Funding sources often rely on visitor numbers as a benchmark.

“YAM may be the only art museum some of our visitors ever enter.”  From kindergartener to senior citizen, from art novice to seasoned collector, Robyn and YAM believe art helps us to better understand the world we live in.

YAM celebrates and promotes talented artists who live here, like Linder and Zentz.  Simultaneously, it exposes us to national and international artists and trends.  Sometimes, its exhibitions aren’t familiar or easy to explain.

“Our job is to provide a back story, gathered through our collective expertise over decades of work in this field,” Robyn says.  She hopes YAM visitors can embrace the possibilities in a photograph, painting or sculpture and confront the conundrum, “How can I understand this?” She admits it’s an imperfect process.

Robyn began to see art as a pathway for understanding one’s culture while a college student studying in Norway.  After earning a Ph.D. in Art History from the University of Wisconsin at Madison, Robyn secured a curatorial position at the Rockwell Museum in Corning, New York.  There, she managed a western art collection that included several pieces by Montana’s cowboy artist, Charles M. Russell (1864-1926).

Robyn sounds wistful describing her first museum job.  “We never had to raise money. It was unreal.  Everything was underwritten by Corning, Inc.”

With each position, she learned the importance of trying to interpret a region and its art for an inexperienced public. When Robyn made it to the Magic City, she sought out artists who pushed the envelope in their expression of place.  Her artistic search led to works by Zentz and Linder. 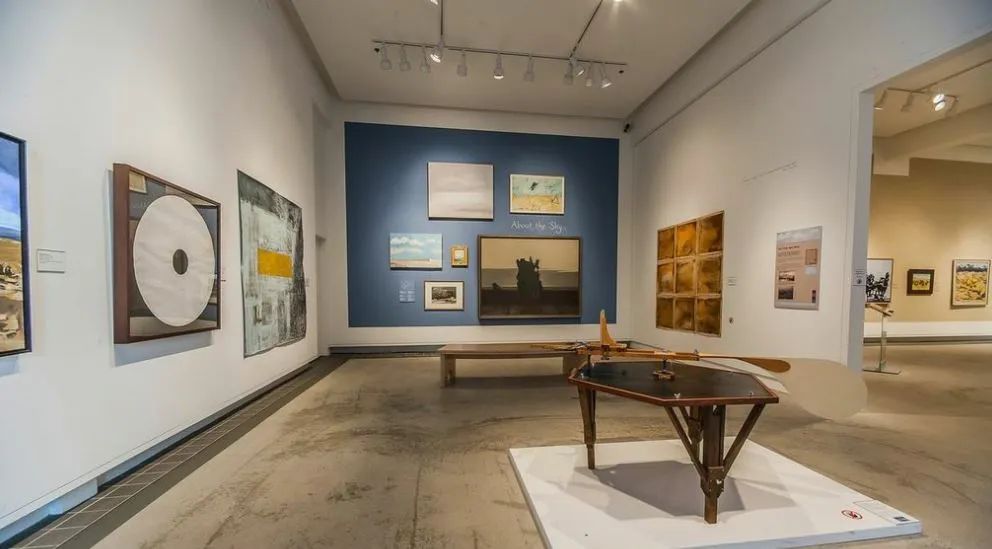 Back in the early 1960s, Yellowstone County abandoned its jail at North 27th Street and 4th Avenue North and moved its prisoners to the top floor of the then newly constructed Yellowstone County Courthouse.  About the same time, a handful of far-sighted Billings residents, including former Lt. Governor John Bohlinger, convinced the county that the historic, red-roofed building, constructed between 1884 and 1914, should house a fledgling community art center, now YAM.

In 1998, a museum expansion tripled YAM’s footprint, but evidence of the jail remains.  To the right of the welcome desk in YAM’s expansive, sun-filled lobby, the words “County Jail” remain chiseled in a sandstone archway.

“This place once held people captive,” Robyn says.   “Now we captivate them voluntarily through art!”

Robyn’s populist touch is evident throughout YAM.  In one gallery, you might see pastel drawings by fourth graders in YAM’s education program.  In another, a dream-like, blue-hued masterpiece by Marc Chagall (1887-1985) may be on loan from a private collector.  Often, you can find Ferdinand, Deborah Butterfield’s big horse sculpted from salvaged, orange metal signs.

“YAM began because of the hard work of many people,” says Robyn, as she reflected on the institution’s past and future.  “It will continue for the same reason.” 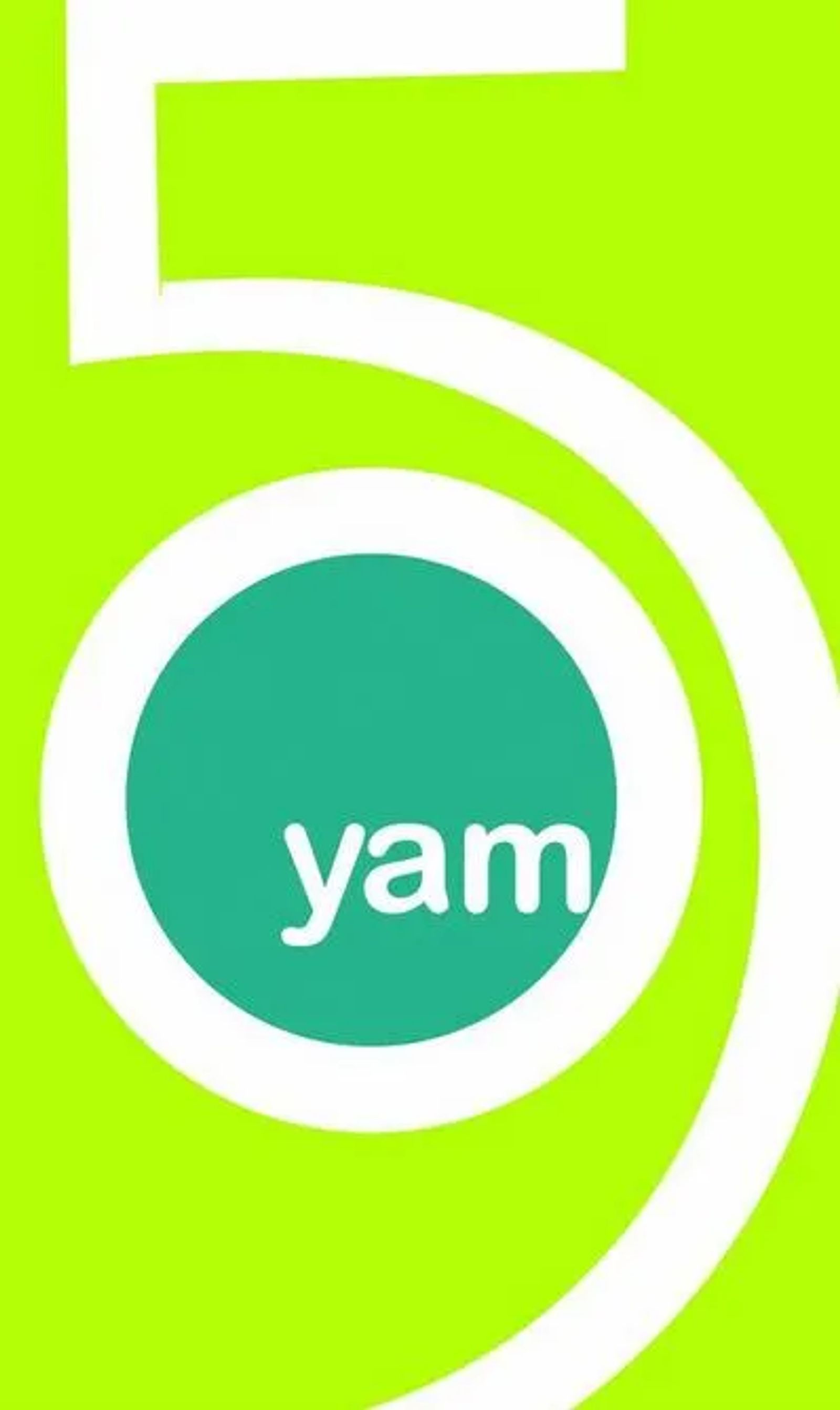 50th Celebration for the YAM
Face to Face

To celebrate its 50th anniversary, YAM will showcase a large exhibit of portraits by regional and international artists entitled Face to Face.   YAM Senior Curator Bob Durden describes the portrait as the “epitome of personal, reflective art.”

Face to Face, on view between March and August 2014, explores and extends the boundaries of the traditional portrait to showcase what it means to be in relationship with one another, with one’s community and the world.  Just as some portraits may not fit into any pre-conceived notions, Face to Face won’t be confined to a particular gallery.  We’ll see portraits on the staircases, in the lobby, even outside.  We can expect fine craftsmanship, a touch of whimsy and even a splash of the surreal.  Gallery talks and workshops with exhibit artists are set to take place as well.

The Yellowstone Art Museum is located at 401 North 27th Street in Billings or on the web at artmuseum.org.