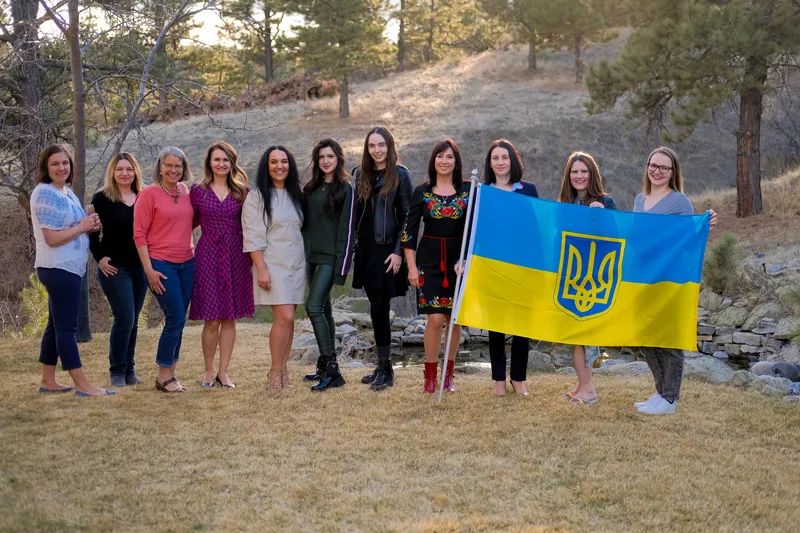 They call themselves the United Nations of Billings. This group of women all born in Eastern European countries have spent nearly two decades celebrating their culture together in Akvilina Rieger’s home on Billings’ West End. Although some of these women are eight time zones apart from their homeland, they cherish their happy lives in America.

Rieger says she experiences freedom here that she never could have imagined back home in Lithuania.

As these women watch, along with the rest of the world, as Russian forces invade Ukraine, it sparks memories of war in their own countries. Rieger was 12 years old in 1990 when Lithuania fought for its independence. She remembers tanks rolling down the streets near her home.

At a March gathering, vases in Rieger’s kitchen brim with bright-yellow daffodils, a symbol of peace and hope for Ukraine. Their cheery color and summery scent bring to mind the mothers and grandmothers back home in Eastern Europe. Nearby, a large pot overflows with wheat stalks, paying homage to Ukraine’s agricultural communities and the country’s appellation, “the world’s breadbasket.”

The counters are covered with cream-filled pastries including Reiger’s favorite — the chocolate tinginys. The name translates to lazy person since they are easy to make. Sorrel soup is also on the menu. It’s a recipe Rieger brought to the U.S. 24 years ago when she came to study international business at Montana State University. That’s where she met her husband, Paul, a fellow student at MSU.

Yearning to speak her native language and to find others to share in celebrations from her home country, Rieger used social media and community groups to try to find other women from Eastern Europe. Two of her most recent finds were women from Turkey and Lithuania.

“It took 20 years to find her,” jokes Rieger as she introduces Raminta Zdaneviciute, who worked as a translator in Lithuania and speaks flawless English without an accent. She met her American husband in Lithuania. The two later moved to the U.S., settling first in California and now Montana, where she says it “feels like home.”

“It means the world to me being here because I’m so far away from my family and friends,” Zdaneviciute says of this group of women. “Food is a big part of any culture, but when we all come together like this, we enjoy our food and our laughs. We get loud.” 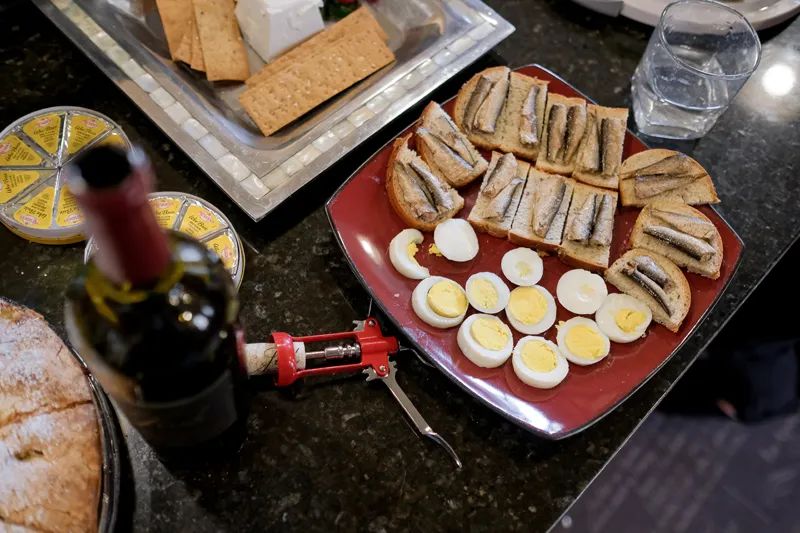 Gencay Genc moved to Billings from New York City, where she lived for five years after leaving her hometown of Istanbul, Turkey. She enjoys these gatherings because she says they feel like a celebration, which she adds is rare in her native land.

“A lot of our religious holidays were forbidden so we would celebrate other holidays, like New Year’s Eve,” Genc says.

Genc described culture as a social heritage. She’s grateful to have met other women from her part of the world because they share a common background. She says immigrants can feel isolated here, especially when they don’t see others like them. The group’s members often help each other laugh off misunderstandings and put things in perspective.

Genc says she became upset the other day in a grocery store when a woman said, “excuse me” to her. She was worried she’s committed some slight against the woman, and finally began to realize the woman simply wanted to get to a shelf and was excusing herself for getting in Genc’s way.

Rieger says she’s had tearful phone calls from her circle of friends who were offended by a comment at their workplace or who can’t figure something out. “It’s everything from what dentist to go to to how to get gas,” Rieger says.

There are a couple of American women in the group who enjoy the diversity and opportunity to learn about other cultures. Clementine Lindley lived in Ireland for a number of years and now that she’s back in the U.S., she misses interacting with people from other cultures.

“Everyone needs a community. If you can find a community of people who care about you no matter your politics or your skin color, you are set,” Lindley says. 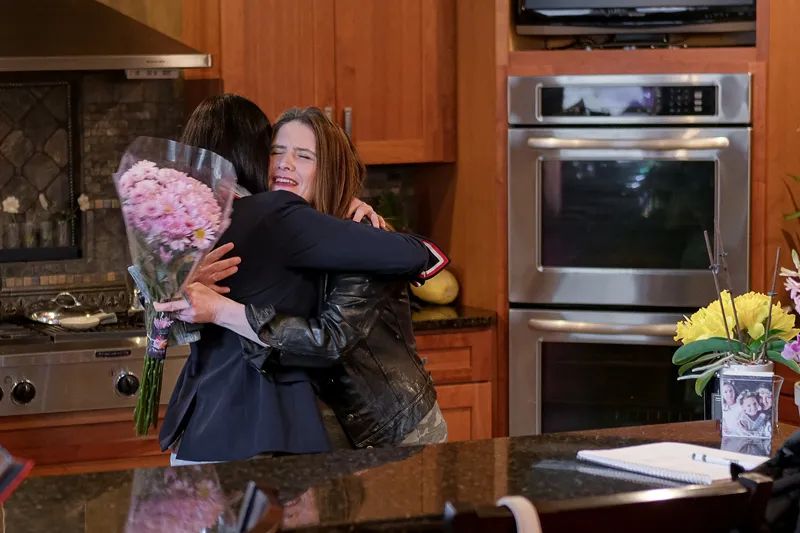 For Natalia Boeschen, who is from Tirapol, Moldova, the group feels a little like home. She grew up in the region of Transnistria, which was home to a melting pot of cultures.

“For centuries, there has been close and mutual ethnocultural influence of Moldovans, Russians, Ukrainians, Bulgarians, Gagauz, Armenians and other nationalities in the region. Representatives of more than 35 nationalities coexist in the country,” she says. “Growing up in Tiraspol and spending summers in Odessa, Ukraine, with the extended family taught me to love, appreciate and celebrate every culture.”

The women came to the States for various reasons – jobs, husbands, school, or just curiosity. Boeschen came to the U.S. 19 years ago, yet she still yearns for her homeland, especially as the violence escalates in Ukraine. 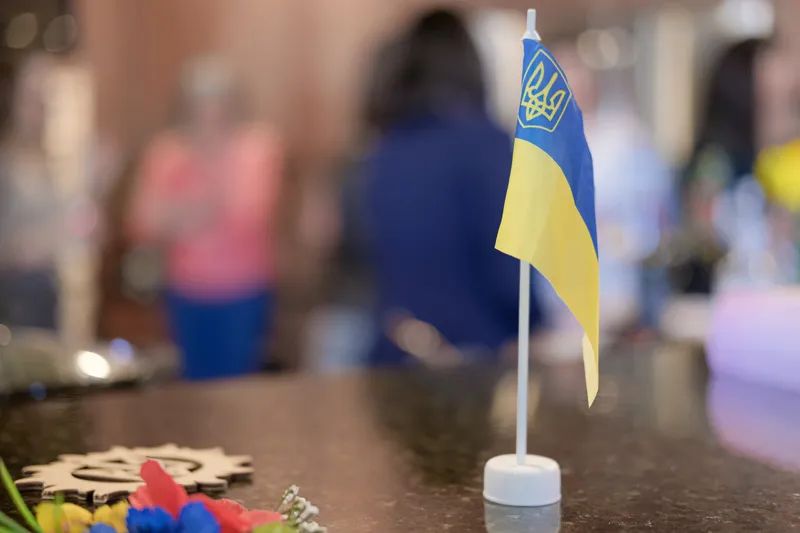 “How can we help? Right now, we need to stop the war,” Boeschen says as she thinks about her loved ones who aren’t far from the fight. “My parents are right there on the border with Ukraine. I wish there would be peace.”

As the gathering begins to wrap up, the women raise their glasses to toast each other. They hold up a Ukranian flag as a show of solidarity. It’s evident there’s a great deal of cultural pride within this group but also a deep appreciation for the life they lead here under the Big Sky.

“The majority of us would say, ‘We can’t go back,’” Rieger says. “Ever since I came to Montana and to the Yellowstone Valley, people have been so good to me.”