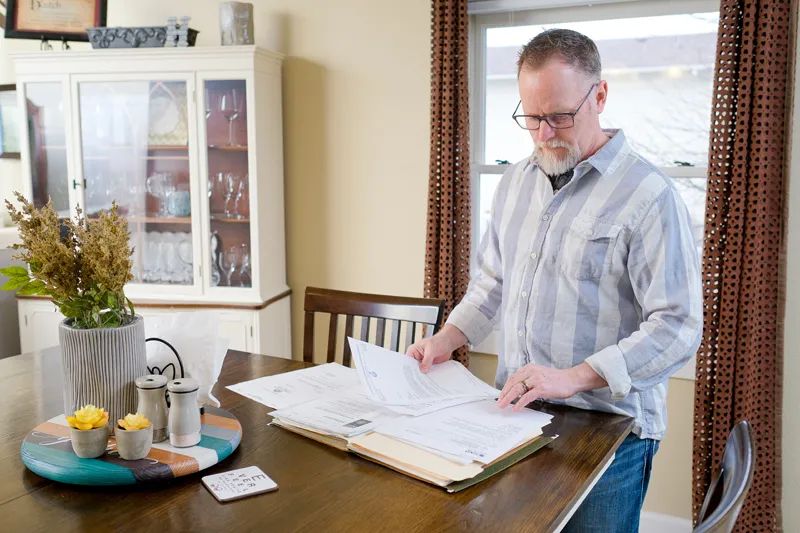 Billings man digs for the truth about his biological mom

It was the spring of 1969. Robert had to be a little surprised to hear from Margie, and then to hear her ask him to meet her down at the river. Robert was a friend of Margie’s husband, an Army buddy, and the two men had served together in Vietnam. Aside from that, Margie and Robert only had one other connection — a regrettable one-night romantic encounter two years earlier while Margie’s husband was stationed overseas.

Standing near the riverbanks, Margie told Robert they’d conceived a son and she had placed him up for adoption the day he was born. She knew Robert had a right to know, but also knew the revelation had the potential to tear apart her marriage and destroy her family.

“This is the last time we’ll ever talk again,” she said to him. “We’re taking this to the grave.”

Many miles away, Jerry and Connie Hutch arrived in Helena, Montana, with their moving van and their baby boy, Eric, whom they’d adopted while living in Pittsburgh. They had wanted to move west sooner but had to wait until the adoption was finalized. It was a long year and a half as Jerry and Connie worried that Eric’s birth mother would change her mind and come for their child. A fresh start was just what the little family needed.

Growing up, Eric always knew he was adopted, it just wasn’t discussed much. He grew up, met and married his high school sweetheart, Shari, and the two started their own family. 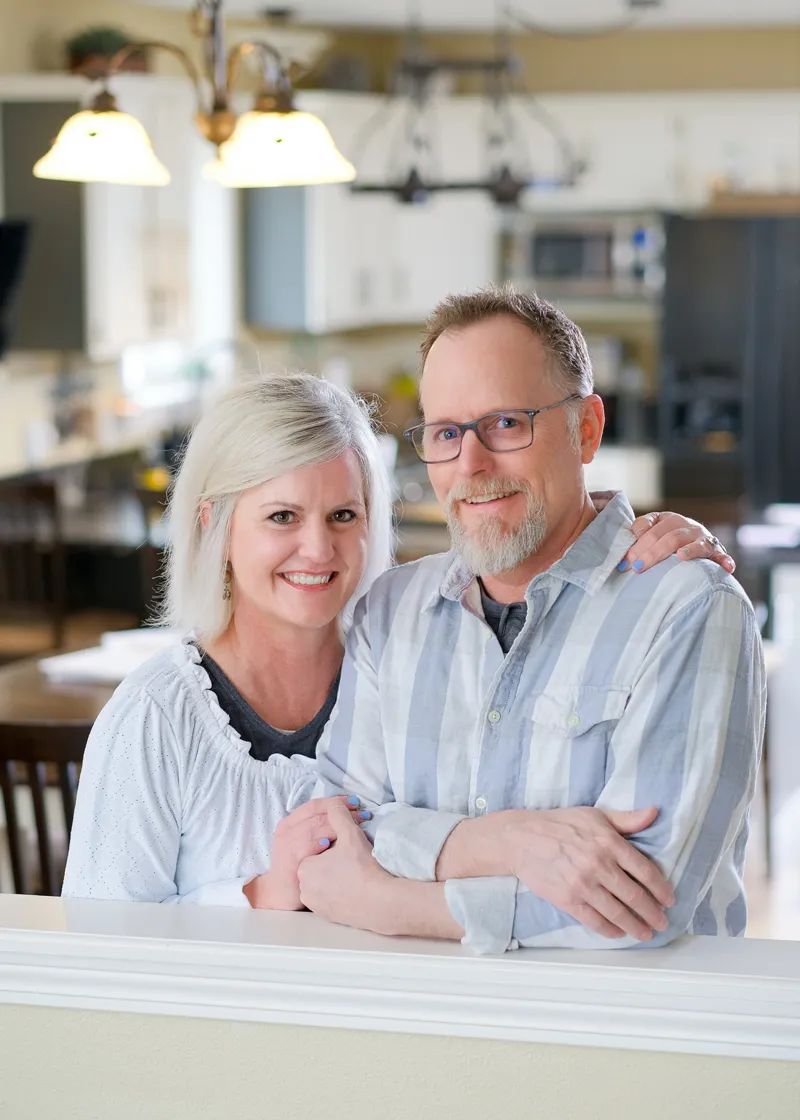 Just before the birth of their fourth son, Shari went to Connie and asked a few questions about Eric’s adoption. Connie told Shari what she knew. Eric’s biological mother was a schoolteacher with two children. She had an affair, and to save her marriage, she gave the baby, Eric, up for adoption. The straightforward explanation was enough, or so Eric thought.

Since 1996, Eric has been in full time Christian ministry. While serving as a youth pastor at an Assembly of God church in Helena, he vividly remembered one of the Bible verses shared at a youth Bible camp. It was Isiah, chapter 49, verse 15. “Can a mother forget the baby at her breast and have no compassion on the child she has borne?”

“It popped into my head, she’s never forgotten me,” Eric says. “I heard a still small voice say, ‘You need to find her and connect.’” 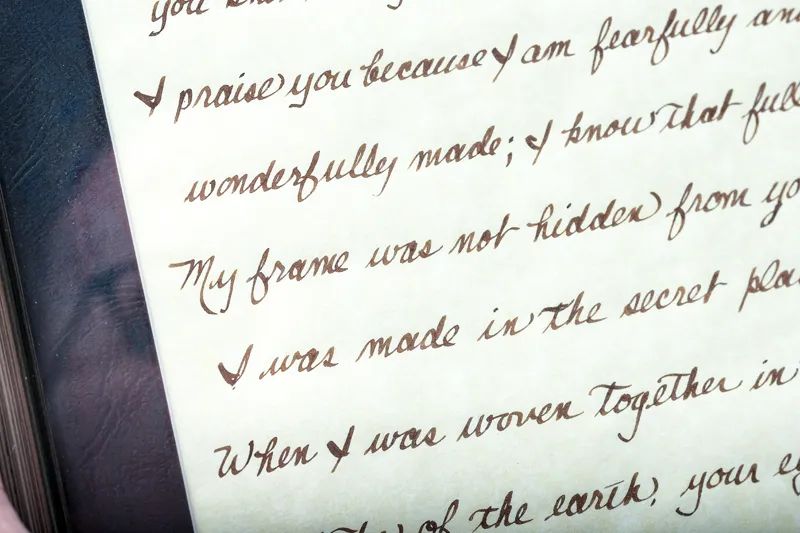 In the fall of 2002, even though his adoption was private and closed, Eric petitioned the Orphans Court of Pennsylvania for information. It was a long shot, but almost a year later he received a response.

In a letter from one of the court’s caseworkers, he learned of his Welsh, Hungarian ancestry. The letter also revealed how he was conceived and why his mom chose to give him up for adoption.

“She was dismayed and felt like she had made a grievous mistake, which could result in the destruction of her family,” the letter said. “She was determined to place the baby for adoption without her husband knowing.”

Eric ended up calling the caseworker, whose name was at the bottom of the letter.

“I just remember her informing me that if I was ever to reach out to her it would compromise the family,” Eric says. The caseworker told him, “I recommend you stop your search.”

While the letter seemed like a dead end, Eric joined online adoption support groups and pursued other avenues that might reveal a connection. He couldn’t stop searching.

Two years later, in 2004, Eric’s phone rang and the anonymous caller on the other end said, “Please get a pen and paper, I have something important to share with you.” Eric scribbled down not only his mother’s first and last name but his own legal name, Jonathon Lawrence, given to him by his birth mother on Sept. 27, 1967, the day he was born.

“Still to this day I have no idea who they are and no idea how they would know my case or my story,” Eric says.

What struck Eric to his core was the fact that his mother knew from the moment she discovered she was pregnant that she would be giving the infant up for adoption. And yet, he says, “My birth mother gave me a name.”

With her name in hand, Eric was able to locate his mom within weeks. She’d never left Pennsylvania. Bit by bit he discovered she had been a business owner, maintained an occasional blog, was now retired, still married, and an active volunteer in the community. He also found a photo.

“I’ll never forget the first time it popped up on my computer monitor,” he says. “All I could think was, I see you. I can see you.” He adds, “I kept learning more and more about this family that I was a part of but not a part of.”

A wild range of emotions started to bubble up — wonder, rejection, hope, loss, abandonment, fear. He also felt a strong need for closure. In October of 2005, he emailed his birth mother through her business. The subject line read: Personal Request.

“I have been encouraged by my family and friends to contact you regarding information you may have about my life history, specifically, my birth mother. I am interested in sharing personal history with you in hope that you would have the ability to forward this to her. I desire to take great caution to ensure that information I share with you will in no way jeopardize her relationships with family or friends,” Eric wrote.

Days faded into weeks, and weeks faded into months. Eric never got a response. All those wild emotions rushed back in. He lost hope. Other than with his wife, his parents and a few close friends, Eric didn’t share his journey openly. One couple, however, invited Eric and his wife to lunch. At the end of the meal, they told him, “We’ve been praying for you and we think you should reach out to her again.”

Despite the fear of rejection and feeling of abandonment, Eric tried again.

“I sent a carbon copy of the prior email and said at the end, ‘Please let me know how I may contact you,’” Eric says.

In his follow-up email, he shared his life story, his early days in Helena, his marriage to his high school sweetheart, their four boys and his dedication to Christian ministry. He remembers typing, “Please pass this along to my mother as I believe you know her intimately.” Eric knew his birth mother would be the only one to read his email.

“I tried to imagine the feeling that it must have been like for her on the other end of that email. I wanted it to be love,” Eric says. “I was that little boy she’d carried for nine months, now making an impact on the world. I imagined the closure and the comfort, joy and peace she would experience to know that I’m okay.”

Her response was brief. The note read: “Here’s my phone number, please call.”

Margie did most of the talking during the hour and a half long conversation. After listening, Eric expressed his forgiveness and gratitude that she decided to place him up for adoption.

“You don’t know the gift you gave me,” Eric told her.

After a few phone calls back and forth, Eric was surprised when his mother suggested meeting in Pittsburgh that November.

Eric and Shari met Margie at her hotel and the minute she opened her hotel room door, they were overcome with joy and embraced immediately. It was the reunion Eric had wanted for years. As they got to know one another, Eric held her hand – the one that looked so much like his.

“I thought of you every September,” she told him.

They talked for almost three hours when Margie’s cell phone interrupted their conversation. On the other end of the line was Robert, Eric’s birth father. He was in the lobby. Margie hadn’t seen him or spoken to him since that day on the river. She invited him to meet Eric. Within minutes, he was standing in the doorway.

“He stands there and looks at me, slowly taking me all in,” Eric says. “Then he shakes my hand.”

Robert gave his son a pocketknife, and four arrowheads he’d collected – one for each of his sons. He gave a bracelet to Shari.

“It was electric,” Eric says. “It was like I’ve known you all my life, but I haven’t known you.”

Since then, Robert has wholeheartedly embraced his relationship with his son. Eric has met his two half brothers and keeps in touch. Robert attended the wedding of Eric’s son several years ago. He’s suffering from the early stages of dementia now but still calls every now and then to check in.

True to her word, Margie has kept her secret well hidden. Eric and his birth mother talk once in a while and met again in-person in 2012. At the end of their time together, they said their goodbyes and Margie said, “Now, I have to leave this life and go back to my other life.”

“My heart sank,” Eric says, remembering her words. “I knew then that I would likely never have the experience of being integrated into her world.” Even still, he says, “Stewarding her story is to recognize that it’s my mother’s sacred space. It gives me a greater appreciation of the struggle she had to experience.” 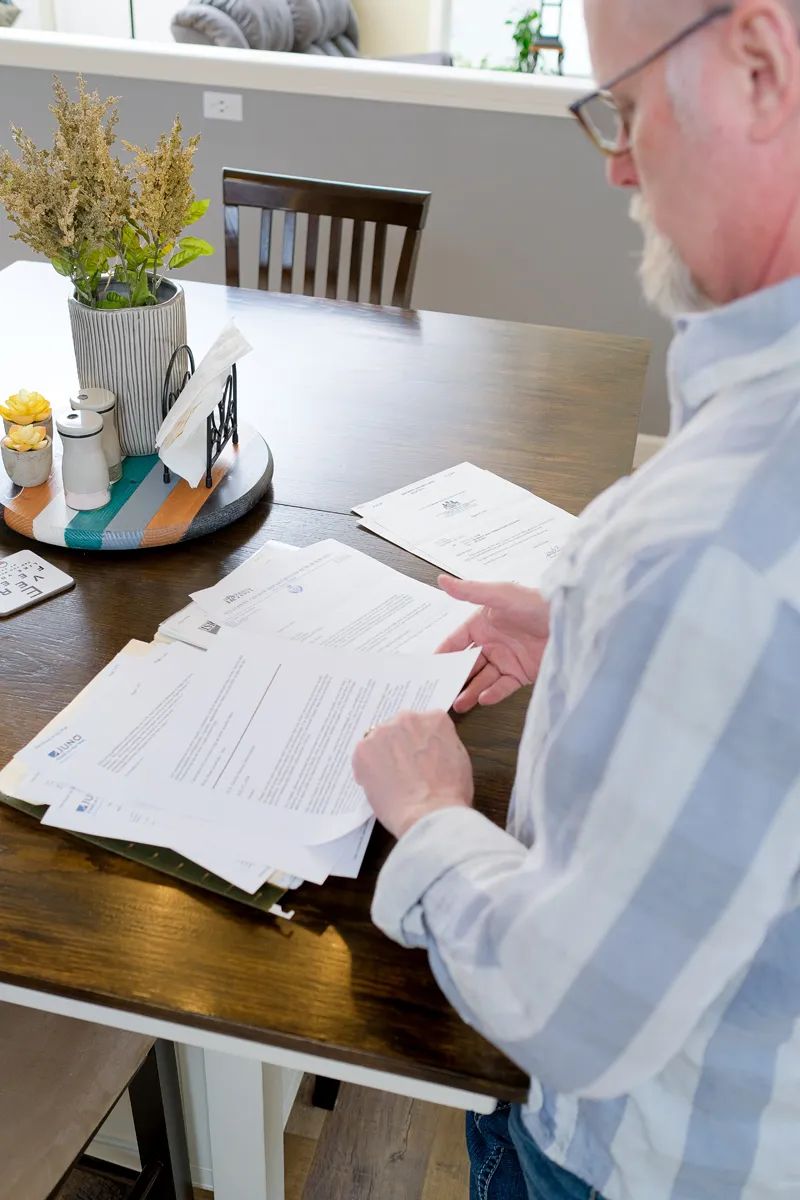 In time, Eric learned how his mom managed to hold her story together. She revealed that as soon as she found out she was pregnant, she arranged a whirlwind trip to meet with her husband in Hawaii. Weeks later, she told everyone she became pregnant on that trip. When the baby came — too early she would say — she never claimed the baby died but instead said “he was never meant to be ours.” Margie says she enlisted the help of a priest, her doctor and, of course, the lawyer who facilitated the adoption. All kept her secret.

Today, as a pastor, Eric has encountered many who were adopted and are still seeking answers. He knows his experience can help others find peace.

“I want to encourage others to take risks with their own stories,” Eric says, “and to prepare for both the good and the bad that will emerge in their own journey.”