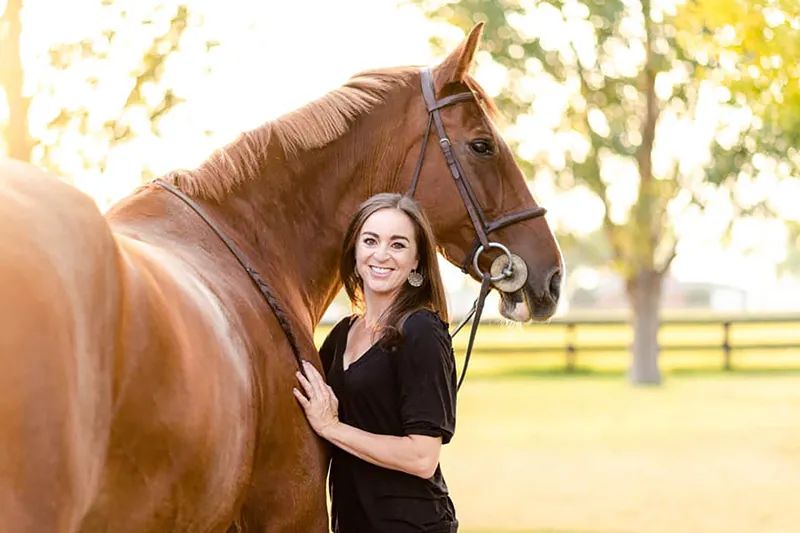 Being an equestrian competing in show jumping isn’t easy in Montana. Hunter Jumper Shows are few in the state, so riders and their horses often have to pack up the horse trailer and travel long distances just to put their skills to the test. Trainers are also few and far between, as are arenas with fences that a rider uses to train.

That’s why when Billings rider Lindsay Weinberg earned a slot at the U.S. Hunter Jumper Association National Championships in Las Vegas last fall, she wasn’t leaving anything to chance.

Walking the course before her event, Lindsay carefully paced off the distance between the jumps. She felt the sand in the indoor arena beneath her feet for stability. She took in every minute detail. One thing was certain — what Lola Z, her horse, would do at each jump. 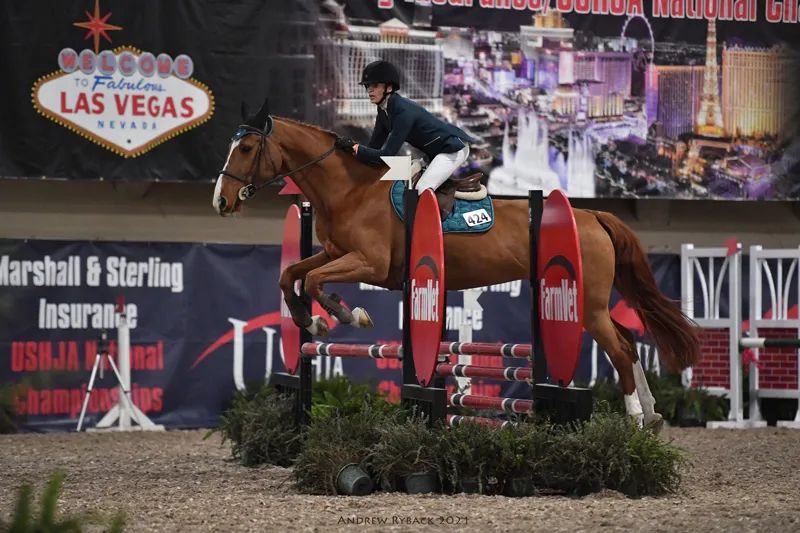 “You have to know your horse,” Lindsay says. “Horses are such finely tuned athletes that you can turn them in midair or turn them the second a foot touches the ground, but they’re also animals. They don’t always do what you expect, and that’s what’s humbling about riding.”

Hunter Jumper events are timed. The horse needs to take the shortest track around the arena and over jumps placed on a precise course. The horse and rider need to be quick and efficient in their movements. Synergy is key.

Competition includes three rounds: a welcome round, a speed round and the grand prix. They’d done well in early competition. Now, in the last round, Lindsay and Lola were the final team to take the course. As they made their way around, their precision was flawless, and the ride was as close to perfection as they’d ever come.

“Well, folks, it looks like we saved the fastest for the lastest,” Lindsay heard the announcer say.

She’d won the national championship in the .08-meter division. She was shocked. Tears poured down her cheeks. Lindsay could only think of Lola and how she gave it her all. 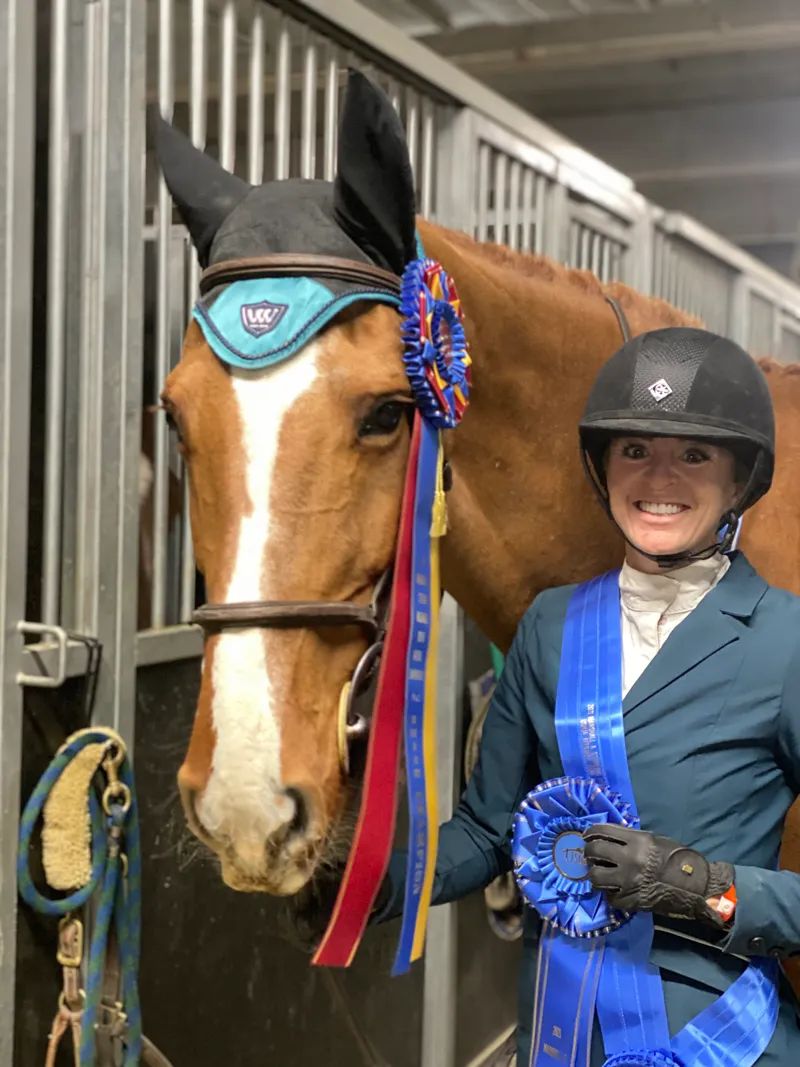 The USHJA National Championships attract the best riders and horses in the sport, including Olympic hopefuls. Lindsay and Lola competed as one of 30 pairs going up against riders from Washington, California, Arizona, Georgia and Nevada. Almost everyone in the competition traveled with an entourage of trainers, grooms and other support personnel. Not Lindsay. When she registered, event officials were surprised to find that she hauled Lola down herself. A friend, Kyle Lybrand, came along for company. Lindsay also had Chanel Shaffer, Lola’s trainer, from Belgrade, fly in to join them for the competition.

“I was so star struck by everything, but once we won that first class, I definitely felt like I belonged there,” Lindsay says.

Lindsay’s love for show jumping isn’t connected to the glamour of the sport, or the thrill of competition. It’s all about her relationship with Lola and bringing out the best in her. Everything else is secondary.

“She’s not necessarily in it to win it,” Kyle says. “It’s about her connection to her horse, and that’s why she’s done so well.”

Lindsay has owned the chestnut Canadian Warmblood Holsteiner mare since 2019.

“She can feel the energy,” Lindsay says. “She wants to win and succeed. She tries hard. She gets it. She really turns it up and can twist and bail me out of my mistakes to keep us in the game.”

In 2021, Lindsay was committed to showing Lola as much as she could. She often traveled solo over long distances, sleeping in her truck. She made it to five Montana shows and did well at all of them. Lindsay committed to an almost-daily training and exercise schedule to keep Lola fit. Lindsay committed to a cross training routine of her own to stay fit too. It’s a partnership, she says.

“My body affects her, and her body can affect mine,” she says. “I’m a small person and she’s a big horse.”

“To be able to qualify at smaller shows was a unique opportunity, and I was determined to do it,” Lindsay says.

Lola is 18 and easily one of the oldest horses in the national competition. Keeping her healthy, agile and strong is Lindsay’s top priority. 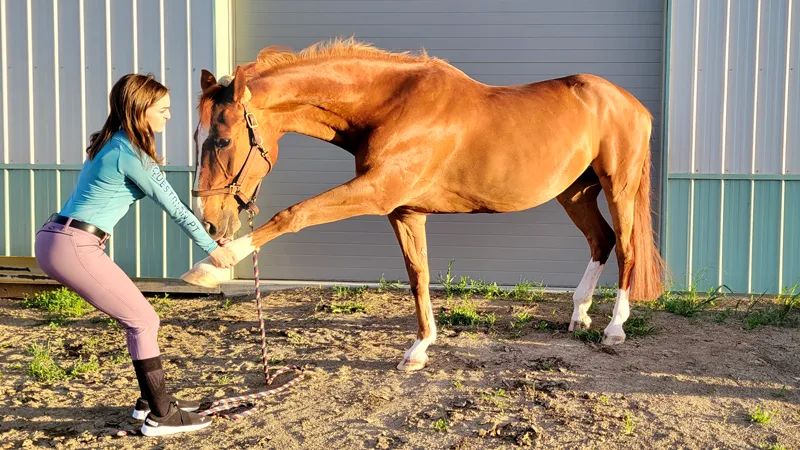 “They say that a horse has only so many jumps in them,” Lindsay says. “At 18, I only try to jump her as often as I need to.”

Lindsay is a uniquely qualified to keep Lola in top shape. Her career is in physical therapy – for people – but she has what she calls a “micro practice” providing equine physical therapy, which is a separate certification she received in 2017 through the University of Tennessee College of Veterinary Medicine.

“I’m fascinated by the biomechanical interplay between horse and rider,” Lindsay says, adding that Lola gets the benefit of her education. “Performing her soft tissue work and hands-on care myself really lets me get to know her body on an intimate level and improve my ability to notice any changes or problems.”

Lindsay has loved horses since she was a child and started showing horses when she was young. She owns two other horses: Penelope, who she rescued from a kill pen in Pennsylvania, and Chloe, a mini horse. Both are older as well, and she helps them stay young with equine physical therapy.

Lindsay is competing this year for another shot at the championships this fall. If she does well in the Big Sky Classic events she could go to nationals again, but for now, she’s just savoring every ride and practice session.

“If things work out well, I’d love to qualify for Vegas again,” Lindsay says, adding that if she doesn’t, that’s OK too.

“To have this unspoken communication with such a large, powerful animal and feel that they love you back and take care of you is the most incredible feeling,” Lindsay says. “She’s truly my partner and best friend. The love I have for her and our bond is hard to properly put into words.” 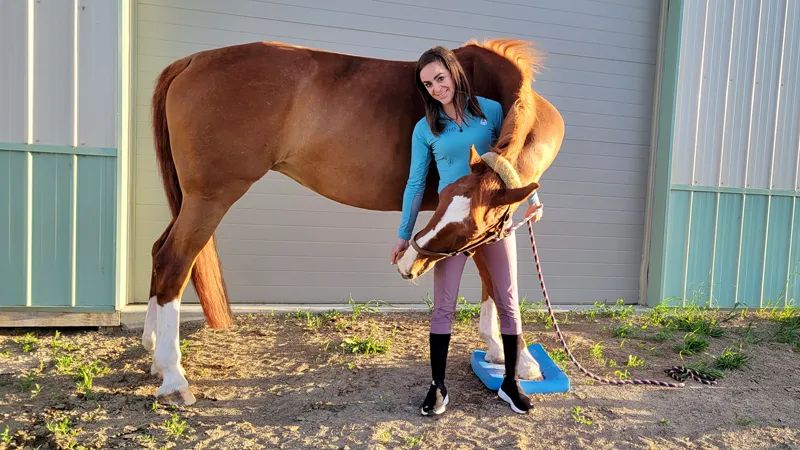