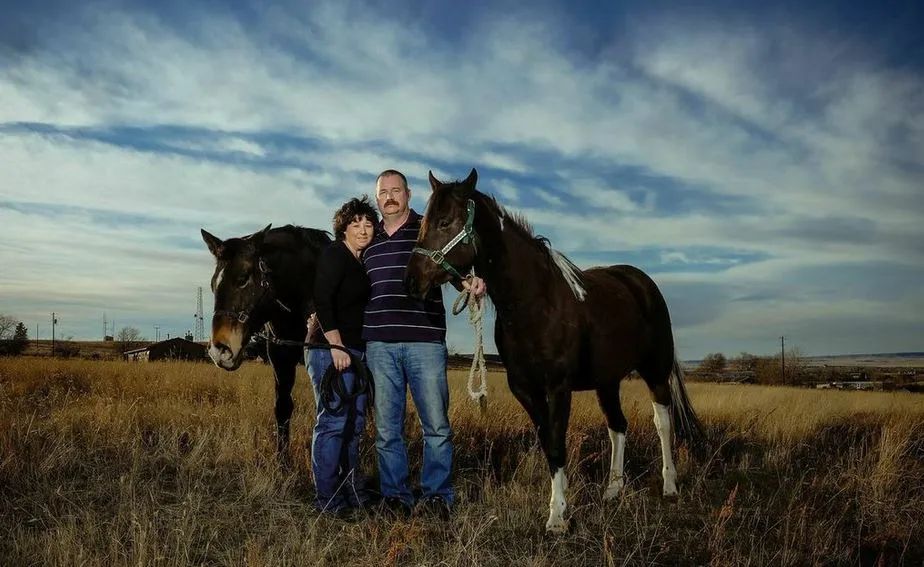 A Second Chance at Life

Saturday, April 12th of last year started out like many of 44-year-old Tanya Punt’s competitive weekends. As a barrel racer, she would spend time trailering her horse to the stable. She’d saddle up for a warm up ride and then anxiously wait for the race to take shape. That weekend, however, instead of her trusted paint Muley, she was on a new horse. Tanya thought entering the race with this mare would be a great way to see if the horse was up for the barrel racing challenge before she purchased her.

Nothing seemed out of the ordinary.

“They had posted the draw for the race and I went over to see what position I was in to run,” she says. Keep in mind, Tanya is going on what she’s been told about that morning. She has no recollection of it at all. After checking the race times, she reportedly walked out of the barn, slipped one foot in the stirrup, and went to swing her other leg over the saddle. She says, “The horse just took off bucking.” Bystanders say Tanya struggled to get her leg over to sit and calm the horse down but was never able. She was thrown into the air and landed with her head hitting the rain-compacted gravel. “It came out of left field, completely out of left field,” Tanya says, referring to the fact that no one could figure out why the horse spooked. She says, “Apparently, I stood up and went to go get my horse and was immediately told to sit down as they called for an ambulance.”

Not long after, Tanya passed out. Her left pupil was blown due to the swelling on the left side of her brain that seemed to increase by the minute. Her husband, Dave, recounts those first few frenetic minutes after the accident. “I got a call saying she had been thrown from her horse. I was worried but not overly concerned.” As a Billings Police Officer for 22 years, you get the sense that Dave doesn’t panic easily. “The next call I got was that she was in the ambulance and that they were bringing her in. Again, I was a little more worried but I thought maybe she had twisted her ankle or sprained her wrist.” A few minutes passed before Dave was delivered more bad news. He says, “The next call I got was that they were life-flighting her in.” That’s when the worry set in. Shortly after arriving to St. Vincent Health care, Dave heard the Level One Trauma Team, a group of top notch emergency surgeons, doctors and nurses, being dispatched over the hospital’s loud speaker. Everything was happening so fast.  Dave says, when the doctor paid him a visit, “The doctor’s quote to me was, ‘If she lives, and that is a very big ‘if,’ she will most likely be paralyzed on her right side.’”

When he finally got to see his wife after surgery, she was hooked to a ventilator, and in addition to a handful of tubes and lines, a hose-like monitor was inserted into her skull, checking the pressure on Tanya’s brain. Doctors had to perform a hemicraniectomy, removing half her skull to relieve the pressure and reduce the swelling. What was left was a huge incision with 49 staples holding the skin over Tanya’s brain in place. She was in a drug induced coma. Even with the grim prognosis, Dave says he never lost hope. “I just thought, ‘We are going to make it.’”

While doctors raced to keep Tanya stable, she recounts the one memory she has that happened just minutes after the accident. It’s one that some might not believe or even understand. As she was in the helicopter on the way to the hospital, Tanya had a vibrant and beautiful vision. “My grandma who had passed away about nine years ago came up to me, put her arms around me and gave me a big hug and said, 'You are okay.’ I said, 'Grandma, I am ready.' She opened up a gate and the horse that I had to put down that was the love of my life came running through the gate and put her head in my lap. I said, 'Grandma, I am ready to go with you.' She said, 'No. No. We are going to send you back but you are going to get through this.' My horse pushed me with her nose and that is the last thing I remember.” Tanya has little doubt that guardian angels were watching over her that day. “There were people in the background that I know have passed. Everyone was telling me that it would be okay and that I would get through this.” Tanya pauses and adds, “My faith has completely changed.”

When Tanya regained consciousness a nurse confirmed that during that Life Flight transport, Tanya’s heart stopped. She had been clinically dead for 56 seconds.

When Tanya woke up, she discovered that she had spent 10 days in the Intensive Care Unit. Even though she doesn’t remember, doctors were amazed to see her walk and stand just days after regaining consciousness. Each day seemed to bring a new level of progress. As with any brain injury, however, the rehabilitation was grueling. Doctors put her brain to the test daily asking Tanya to play cards, dominos, memory games and a series of reading comprehension exercises. Each day, Tanya would push back a bit asking when she would be able to go home. Tanya smiles and says, “I remember one nurse, bless her now, she came up and put her hands on my shoulders and held me down and said, 'Listen to me. If you want to go home, this is what has to happen.' From that moment on, I had a whole new outlook on how to get through therapy, how to get through treatment, how to deal with my doctors, how to live in a facility away from my family, my husband and my animals. She just flat out said, 'Here's how it is going to go’ and it clicked.”

During the first three months of therapy, Tanya had to wear a helmet to protect the skull-less side of her head. Tanya says pointedly, “After thirty days, I was really pushing it. I kept saying, ‘I want my skull back!’” They had kept it in a freezer to preserve it and wait for the swelling to subside. The told her it would be anywhere from three to six months. Three months to the day, they were scheduling her surgery to reattach her skull with the help of Titanium brackets and a few screws.  She says, “They originally told me that I would be in the ICU for two to three days. The surgery took about five hours. They had me in ICU overnight and then said, 'Honey, you're going home.' I wasn't even discharged to another part of the hospital. I was discharged straight from ICU.”

At Tanya’s last cognitive test, doctors estimate that she’s not back to 100%, but she’s close. She tested at 91%. “I still have little things that I deal with. I still get little headaches. My baby toe on my left foot is completely numb. My sense of smell and taste are completely gone.” But, she adds, “I’ll take it!” She also admits, “My doctor is shocked every time I see him.”

Within four months of the accident she was back to work. Within six months nearly to the day, she entered her first post-accident barrel race. “I just wanted to prove to myself that I could ride and that I could get through this,” Tanya says. “I hit the gate and wow, off we went. I was crying at the end of the race. Everyone was cheering. Everyone was clapping. There were some that were crying.” Her father flew in from California just to witness this new chapter in Tanya’s life. 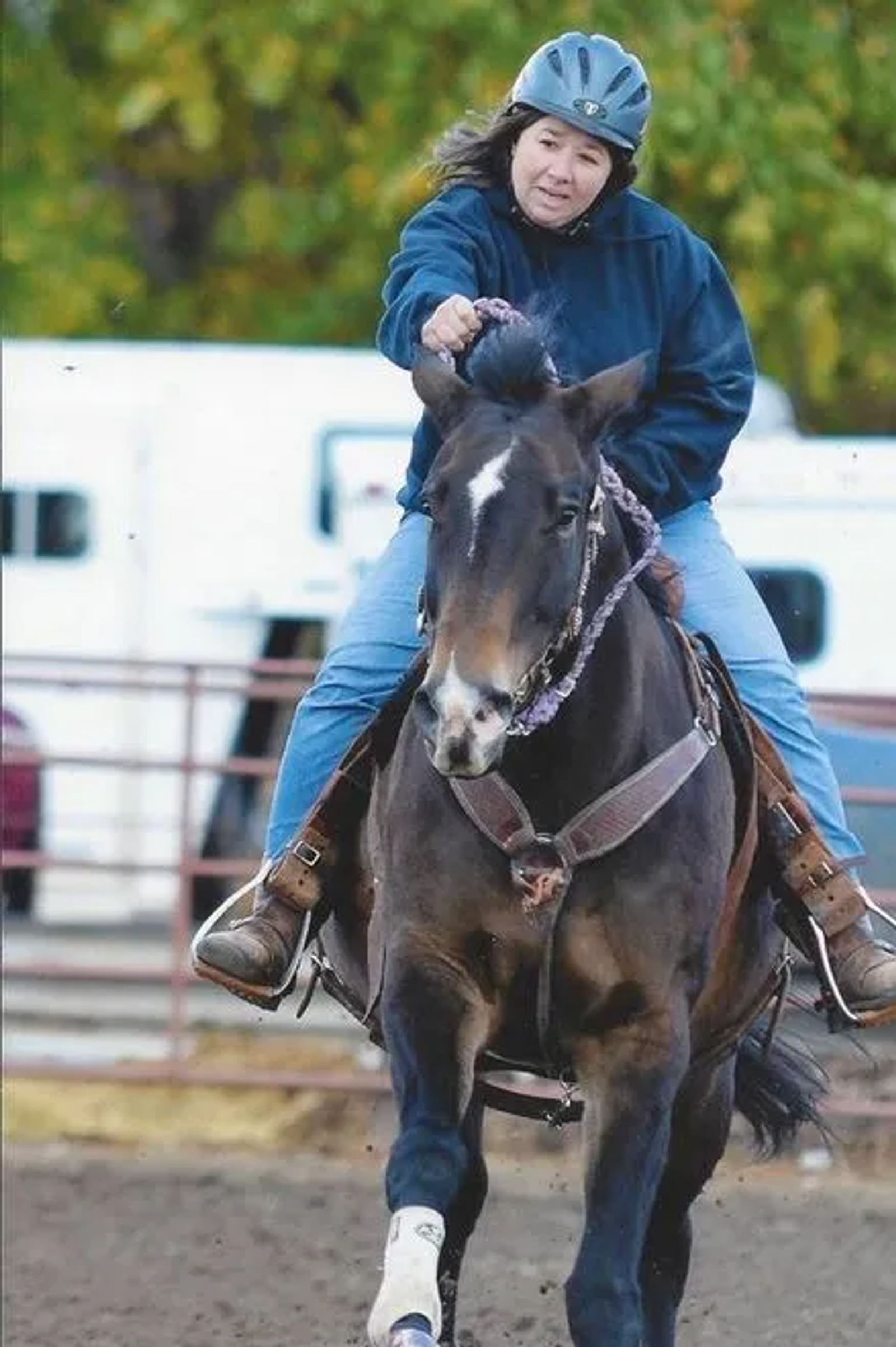 Even though a traumatic injury like this might make some question their life and their faith, Tanya instead calls this period of time a blessing. She knows her recovery is nothing short of miraculous and instead of looking at life through dull glasses, she sees everything now, especially those around her, in vibrant color. Dave smiles as he says, “She’s warmer and fuzzier than she used to be!” And Tanya, with tears starting to well up in her eyes continues by saying, “I have had my eyes opened to the people that are in my life.” She’ll never forget the kindness shown by those at the Billings Saddle Club that held a benefit barrel race to help her pay for her medical bills. Nor will she overlook her fellow City of Billings co-workers who donated hundreds of hours of sick time to make sure Tanya could recover and keep her job. 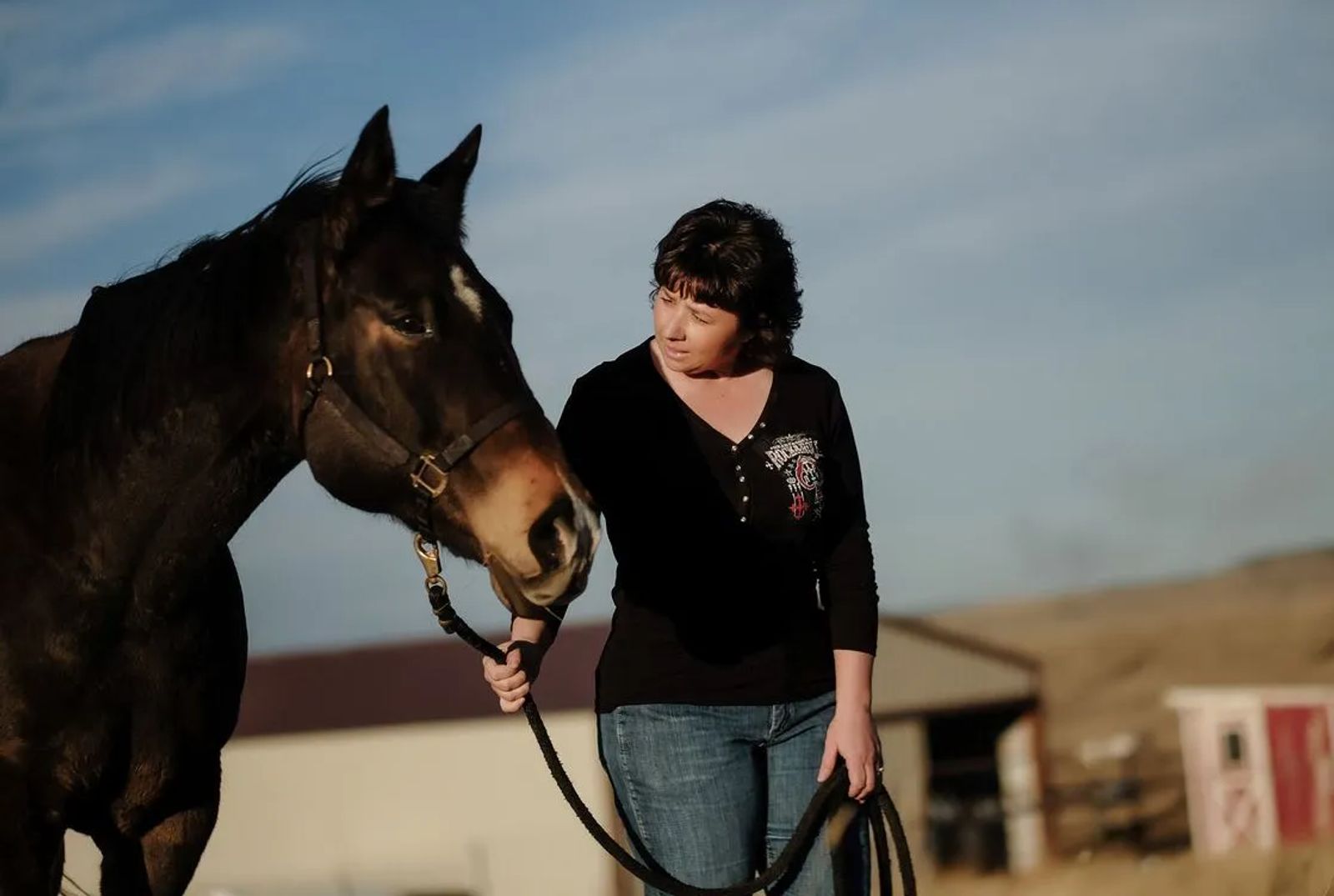 “I think this accident unleashed a gratitude like I have never known before. I am more thankful now for my life than I ever was. I am more thankful now for the people who come into my life.” Instead of celebrating the anniversary of this accident with a celebration, Tanya says, it’s a daily celebration. “It was kind of a rebirth for me. I stop on a daily basis and bow my head and thank God for a second opportunity, a better opportunity.”