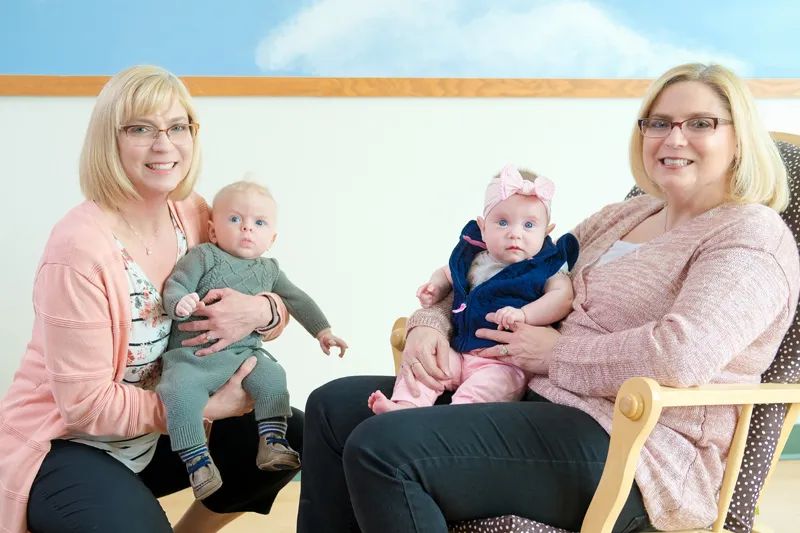 Heidi Williams and Heather Petty are a lot alike.

The 51-year-old Billings sisters are twins. They share a common bond, a strong Christian faith that guides their lives.

Both women are moms, Heidi with a blended family of three children of her own and two her husband brought to the family, and Heather and her husband, parents of four.

Heather calls being a mom “one of my greatest honors, one I do not take lightly.” Heidi shares the sentiment.

About a dozen years ago, that motherly instinct prompted the two women to open their homes to friends of their kids, youths who were either homeless or nearly so. Some stayed a short time, others, as long as five years.

“All of them were in situations where their parents didn’t have the skills to parent, didn’t have financial resources and some were in substance abuse situations,” Heather says. “They started staying with us and became part of our families.”

“It is our mission in life that we show them unconditional agape love that Christ shows to people,” Heidi says. “And in doing that, hopefully through the time they’re with us, whether a day or two years, they will understand that true love. That it comes with no conditions, no strings attached.” 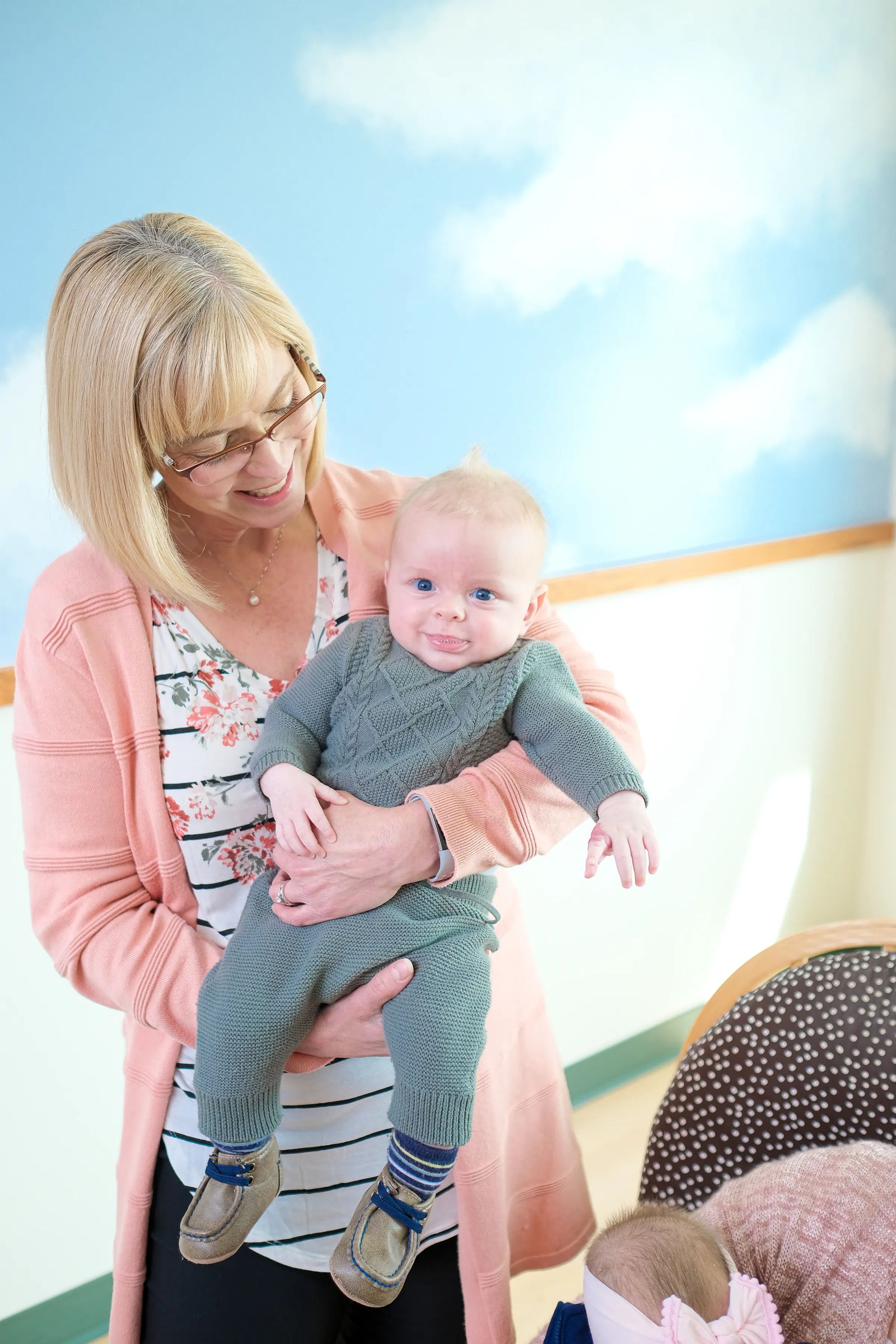 About two years ago, the pair felt drawn to pursue a new mission — to create a “SONshine” house, a place for vulnerable teens. They narrowed the focus even further, at least to begin with, to girls and young women ages 16 to 21 who are pregnant or already have a baby.

Heidi and her husband once opened their home to a teen girl, one of their children’s friends, who was pregnant and had nowhere to go and knew little about parenting.

With large dollops of grace and love and guidance, Heidi taught the young mother the skills she needed not only to survive, but to thrive. Over time, Heather chimes in, the young woman’s life took a new direction.

“She has a full-time job and she’s married,” Heather says. “She was very appreciative of all the help she received.”

They cite statistics that bolstered their desire to help this vulnerable population:

* An estimated 4,887 pregnant and parenting youths in Montana are at risk of homelessness.

* Only 50 percent of pregnant and parenting teens graduate from high school, with parenting the leading reason for dropping out.

* About 25 percent of teen mothers have a second child within 24 months.

Knowing this, the two women sunk their own time and money into creating the nondenominational, nonprofit Love & SONshine Ministries. Their initial goal is to buy or build a house for up to five residents and staff it 24/7 with a resident house parent. 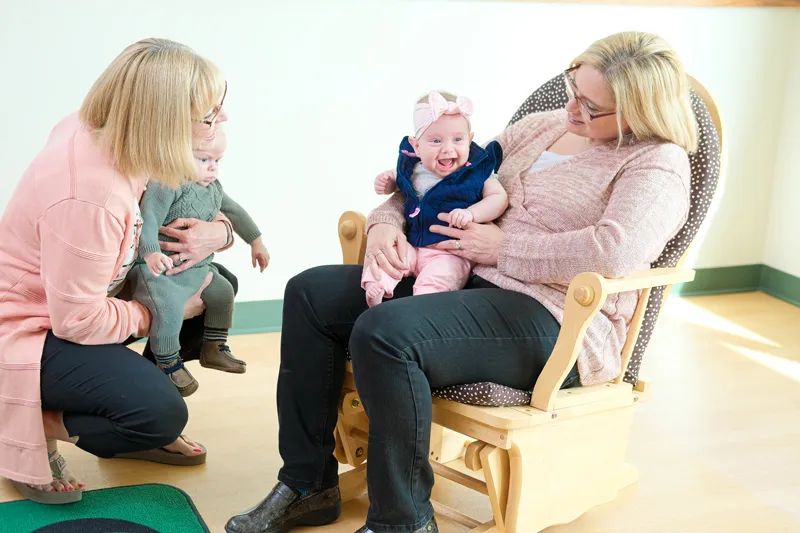 A longer goal is to house 10 residents, but that will require a second home. The eventual hope is to add a transitional living unit where mothers, their babies and the fathers, when it’s possible, can live as they develop the skills they need to go out on their own.

“Our goal is not a handout, but a hand up,” Heidi says. “Not to institutionalize them but to give them the skills to help them succeed in life.” That will include everything from parenting, nutrition and budgeting classes to helping residents complete their educations and attain jobs to support their families.

Heidi and Heather, both co-directors, have recruited a board of directors to help guide the work and put together a website. The pair launched a capitol campaign in March to raise money to buy or build a home and sustain its work.

“We have discovered there’s no way we can do this alone,” Heidi says. “We need community involvement and support.”

They’re hoping someone will consider donating a lot or piece of land to build a house or sell it below market value. If not that, a donated home would be gratefully accepted. Their goal is to have the home built or bought by the end of the year, plus enough money to fund operating costs for the first two years.

Because Love & SONshine Ministries is faith-based, it is not eligible for most state or federally funded grants. But money has come to the nonprofit in other ways. Last spring, out of the blue, a local businessman wrote them a check for $5,000. Then, a chance meeting between Heather and a board member of the Harnish Foundation led to a sizeable initial grant to Love & SONshine last year and a matching grant of up to $50,000 this year.

“We’ve gotten some wise counsel from the Gianforte Family Foundation and they’ll have a grant for us once we reach a certain amount,” Heidi says. “We’ve been blessed by generous donors.”

The ministry raised $70,000 last year and hopes to reach its capital campaign goal this year of $750,000. The pair is organizing a major fall fundraiser. They’ve met with builders and realtors who have expressed interest in donating their services and hope to find other people who would sponsor the building or remodeling of a room once construction or renovation is underway.

Different opportunities exist for people who want to get involved with the project, Heather says. Volunteering for the marketing and events committee or eventually joining the building committee once a house is in place are both helpful. For people who can’t contribute big sums, even $10 a month is appreciated, Heather says.

“And prayer, that’s the No. 1 way to get involved right now because there’s so much power in that,” she adds.

One supporter of the ministry is a young woman who, though she was in a long-term relationship, was unmarried when she discovered she was pregnant. “Mary” (not her real name), turned to Heather for support.

“Heather is so gracious and she just always knows the right thing to say,” Mary says. “At that time, I felt the most comfort talking to her, knowing she would be able to help me.”

Eventually Mary and her boyfriend got married, and they now are the parents of a little boy. But Mary remembers the shame she felt and the uncertainty of what to do. She is glad to be part of a ministry that reaches out to other teens who face the same situation.

“I think it’s such an underserved population in our community,” she says. “And, we can really benefit so many young mamas and pregnant women, whether they’re homeless or don’t have the support they need.”

TO LEARN MORE about Love and SONshine Ministries, visit loveandsonshine.org