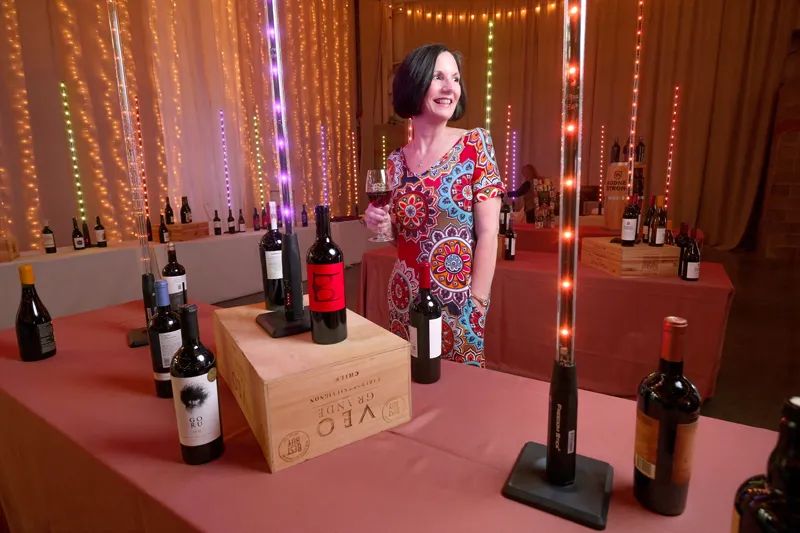 Cheers Through the Years

After close to 3 decades, Jeanne Moller pours herself into her last Wine & Food Festival

Jeanne Moller has a gift. She can walk into a room and innately understand what people need before they know they need it. She has a knack for dodging pitfalls before they happen. After 28 years as the senior development officer at the Montana State University Billings Foundation, the woman who has anticipated the wants and expectations of volunteers and guests of the Wine and Food Festival is retiring.

The festival that has been headed up by Moller for all but one year of its existence has become the premier wine and culinary event in Montana. It has also, with the help of Moller, helped raise millions of dollars in scholarships for MSUB students.

“When asked to do a job, you give it your all,” Moller says, and that’s been the key to her success. And she begins by observing before acting. When Moller’s son, Cole, was a boy, she watched him in new circumstances, noticing he always observed a situation before participating. When she commented to her husband Wayne about it, he said, “We are not people who burst into a room. We survey the space first.” 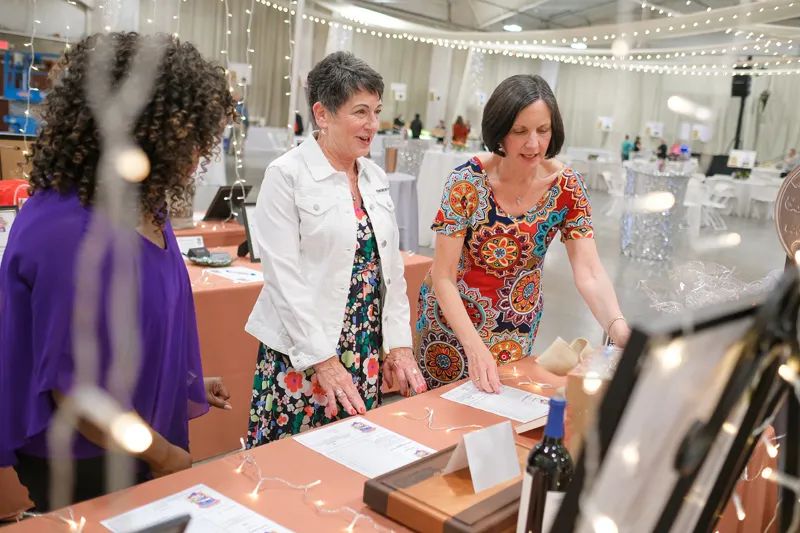 Moller grew up in an idyllic neighborhood on Yellowstone Avenue near downtown Billings.

Moller’s mother, Doris, “loved to entertain,” but she says, “it was my father who was raised in a loving family that celebrated everything. My mother took to celebrating.” This helped spark Moller’s gifts early on.

After earning her degree in business administration with an emphasis in marketing from Eastern Montana College, one mentor in particular helped cultivate her leadership skills. Moller went to work for Butch Ott at the Forward Billings Economic Development Program, which later merged with the Chamber of Commerce. She says it was her job to provide information and a warm welcome to companies looking to make the move to Billings.

“He taught me so much,” Moller says of Ott, with emotion in her voice. “He taught me the basics on how to function in the business world. He nudged me to do public speaking and coached me on how to conduct myself in business. I wouldn’t be able to do a whole lot without the foundation he built for me.”

The Wine and Food Festival’s inaugural year was 1993. Dona Hagen, who chaired that first event with Dottie Hollatz, says that at the time, EMC President Bruce Carpenter believed the event would give the college greater visibility in the community. It was clear after the first event, however, that it wouldn’t be able to thrive without a staff.

“It was too much responsibility,” Hagen says. “They needed to hire someone who would manage the volunteers, a point person.”

In 1994, Moller became that person. “I knew she was the right person for the job,” Hagen says. “She was so steady and she learned so quickly. She never got hysterical. She analytically looked at a situation and figured out what needed to be done.” 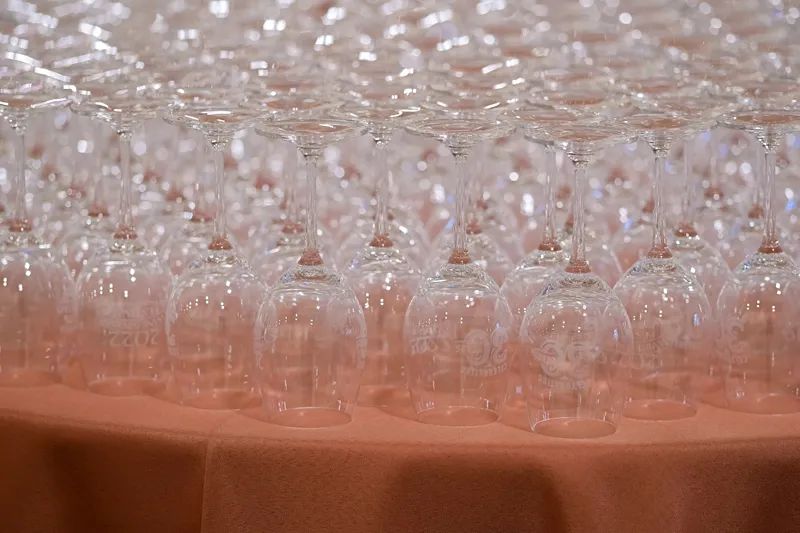 Since then, Moller has coordinated the work of nearly 300 volunteers each year over the course of the six-day event. During the festival, volunteers help oversee cooking classes, seminars and tastings, culminating with the live auction on Saturday night. Moller admits, “The tasks aren’t glamorous — cleaning up after cooking classes and washing dishes.”

The event has evolved into a dynamic and complex fundraiser and Moller learned to orchestrate all its ebbs and flows.

“I couldn’t have done the Wine Fest by myself,” she says. “I have always felt I needed to step aside, and let the festival happen.” To do that, she allowed volunteers to take responsibility and make meaningful contributions towards the success of the event. 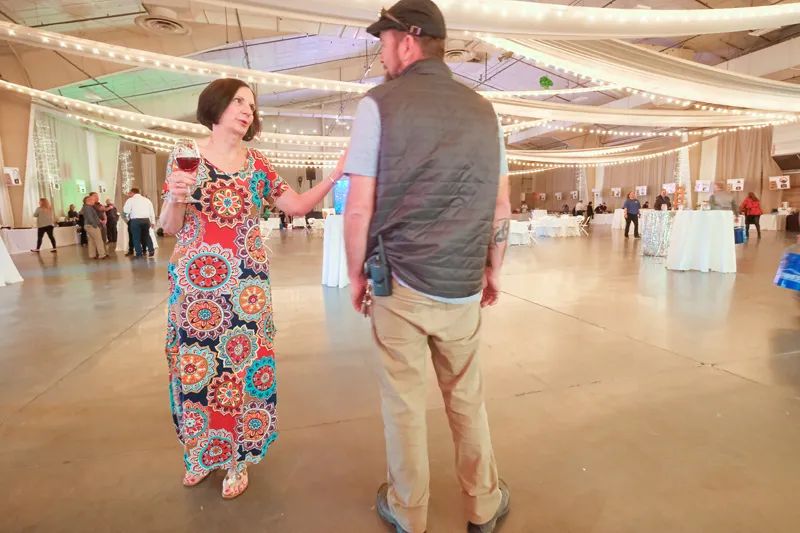 In the early years, a tent was set up on the grassy area by the parking garage on campus. Later, it relocated to the lot next to the chancellor’s home. Today, it’s hosted at the MetraPark’s Montana Pavilion.

Over the years, it wasn’t unusual for Mother Nature to throw in a few challenges.

“Almost every single year, we have had rain,” Moller says. In 1996, when Pat Petersen was chair, Moller says, “The tent was set up by the parking garage and ready to go. It got so cold that there was ice on every table. We had to move everything to the Student Union, into the ballroom. It was a fast turnaround.” Another year, a fire started in the bushes near the back of the tent. At another, rivers of water cascaded through the tent during the auction. And then, under the tent, Moller says, “Chefs canceled at the last minute and there were chefs who didn’t get along.”

Krista Montague, the new President and CEO of the MSU Billings Foundation, is quick to sing Moller’s praises

“Jeanne has had an amazing impact on the students behind the scenes,” Montague says. “She’s the one who brings it all together. She’s honest and humble. She doesn’t get rattled.” 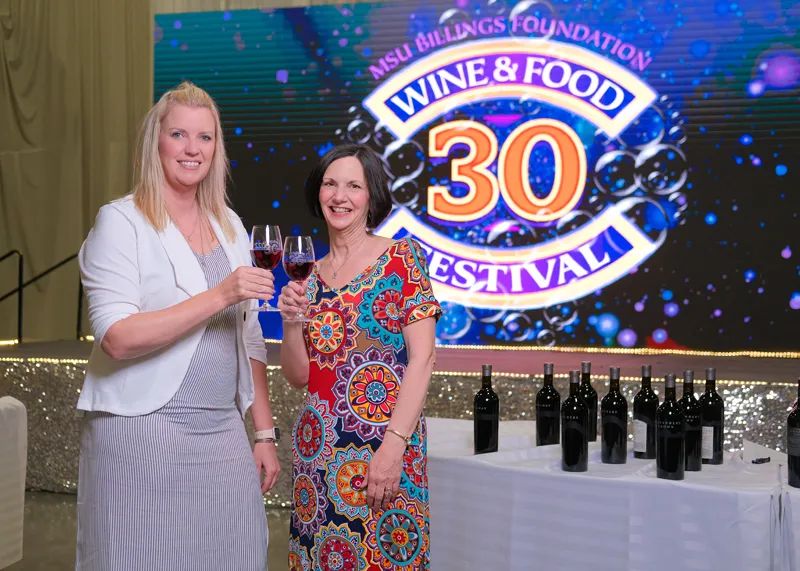 Jon Egeland, the foundation’s chief financial officer, has been at the foundation for 30 years and has seen $7 million raised, with $3.1 million for scholarships since the first festival began in 1993.

“It’s been interesting watching how easily it comes to her,” Egeland says. “Yet, she always has time to talk and joke.”

Cynthia Arneson, who co-chaired this year’s event, says that when she thinks of Moller, one memory won’t soon fade. Arneson needed to do an interview, so Moller stepped in and took her slightly fussy baby, Bella, off her hands.

“Jeanne was able to just rock her back and forth in her stroller and keep her calm,” Arneson says. “Bella didn’t make one peep! Jeanne has the biggest heart of anyone that I have ever met. She treats, not only you, but your whole family, like they’re her family.”

As Moller steps aside, she’s grateful for the relationships she’s developed, and proud of having helped so many students advance their education and better their futures thanks to the Wine and Food Festival scholarships. 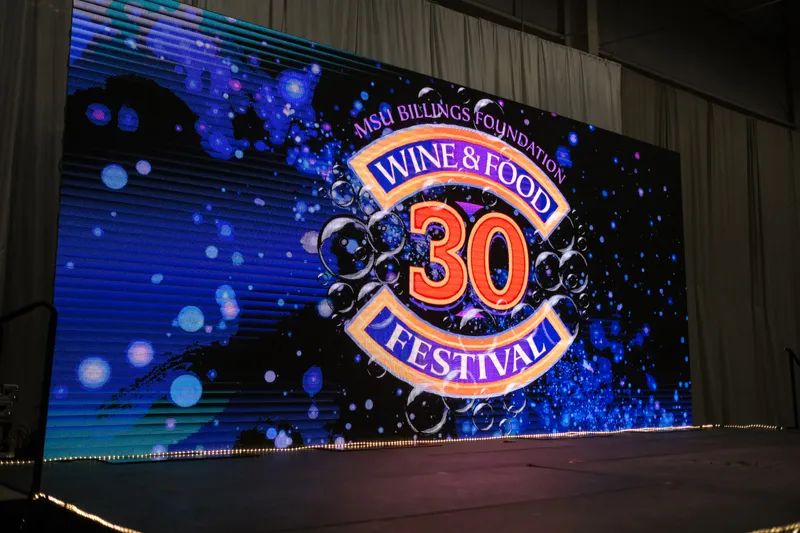 “I’ve lived this for 28 years,” Moller says. “As the festival grew, I grew. I’ve loved 99 percent of it. I loved the event. Volunteers have made my job enjoyable.” The festival has also had a big impact on her own life. “It’s such an important part of me,” she says. 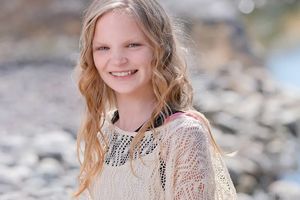