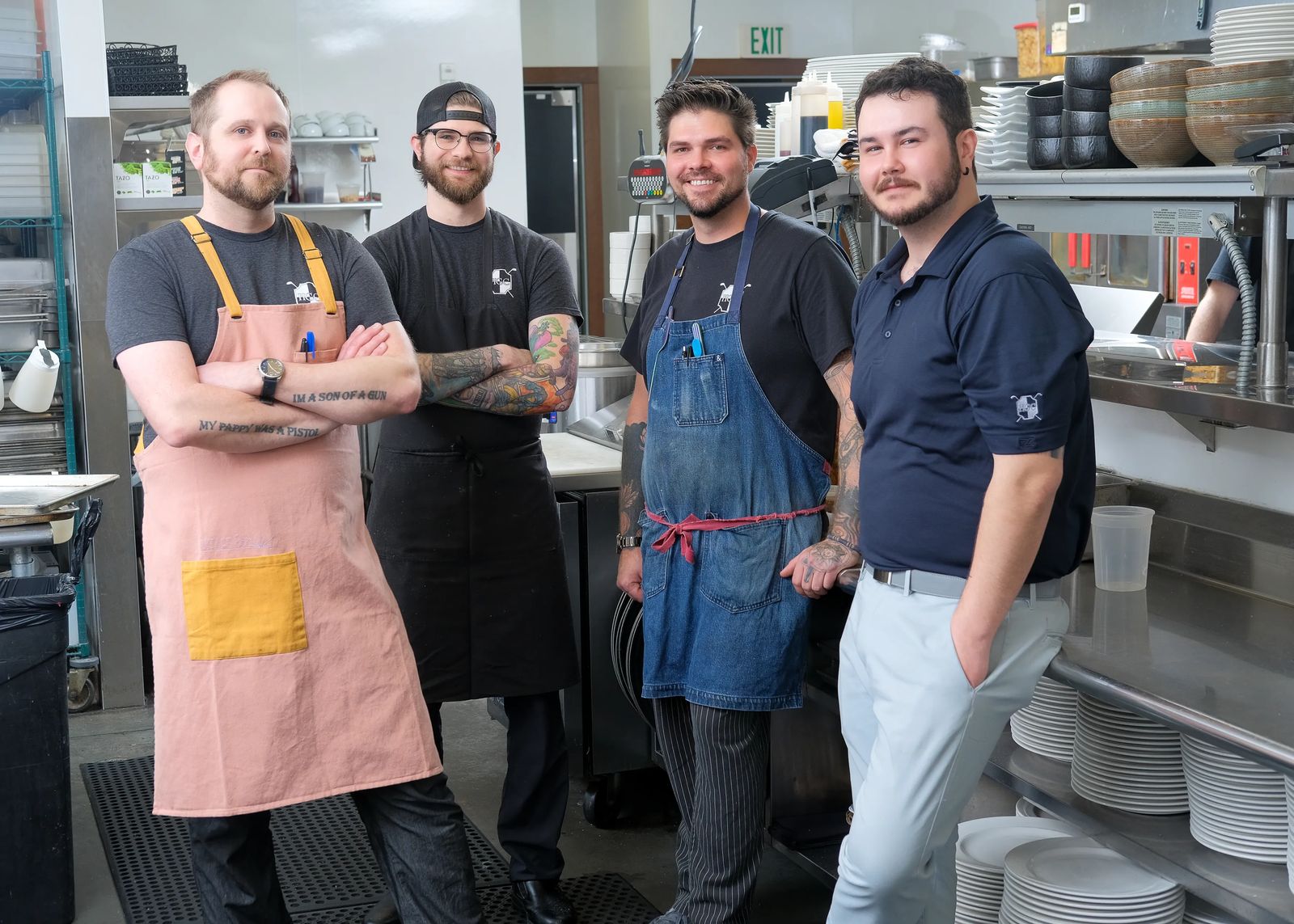 For Dirk Frickel, the executive chef at the Hilands Golf Club, collaboration has become a kind of secret sauce to the city’s restaurant industry. Instead of holding onto the things he’s learned over the years, he’s come to know that two heads are better than one when it comes to solving problems. And the same holds true when you’re trying to breathe new life into menus, events, even ingredients.

That’s how Billings Social Collaborative, also known as “The Collab,” was born. This community organization doesn’t just include chefs and cooks like Frickel, it plays host to artists, musicians, entrepreneurs, farmers and ranchers, brewers — pretty much anyone who wants to add their piece of food culture to our city.

While there have been other groups that brought chefs and cooks together, the idea for this kind of collaboration emerged when Frickel realized his industry had suffered greatly from the Covid-19 pandemic. He knew it needed to come back stronger and better.

“Back in early 2021, in January, we were doing a beer tasting with the guys from By All Means,” Frickel says. “As we were collaborating for a beer tasting dinner at Hilands, we started talking about what it would be like coming out of Covid, and how busy things were going to be, and how short staffed we would be. We needed to build a community of networks so that way we would be available to support each other.”

The first meeting took place in February of 2021 on a Monday evening, when most chefs had the night off. About 30 people gathered for that first meeting. The next month’s gathering at the Petroleum Club was even more vibrant.

Over the year, the group has learned about venue spaces such as Beyond the Box, the Art House Cinema & Pub and Red Oxx’s Event Lawn. Marble Table hosted a meeting that allowed other chefs to experience one of the newest restaurants in town. And the group has become acquainted with producers by paying visits to places like the Miller Ranch in Absarokee or to Lady Kate’s Garden in Billings Heights.

“It really gives people working with food a lot more appreciation for the product you are working with when you have seen it from the source,” Frickel says.

“You feed off each other, literally,” Sparboe says, adding, “You learn new things and techniques from people who love what they do.”

Since its inception, the group has also united to back philanthropic causes. Instead of sacrificing their time and energy alone, they crafted ways to benefit the community and share their own unique flavors. The event, Tacos and Tequila, benefited the Billings Depot, while the Yellowstone Valley Food Hub raised funds from the joint efforts of Chef Troy Brothwell and Swanky Roots owner Veronnaka Evenson. 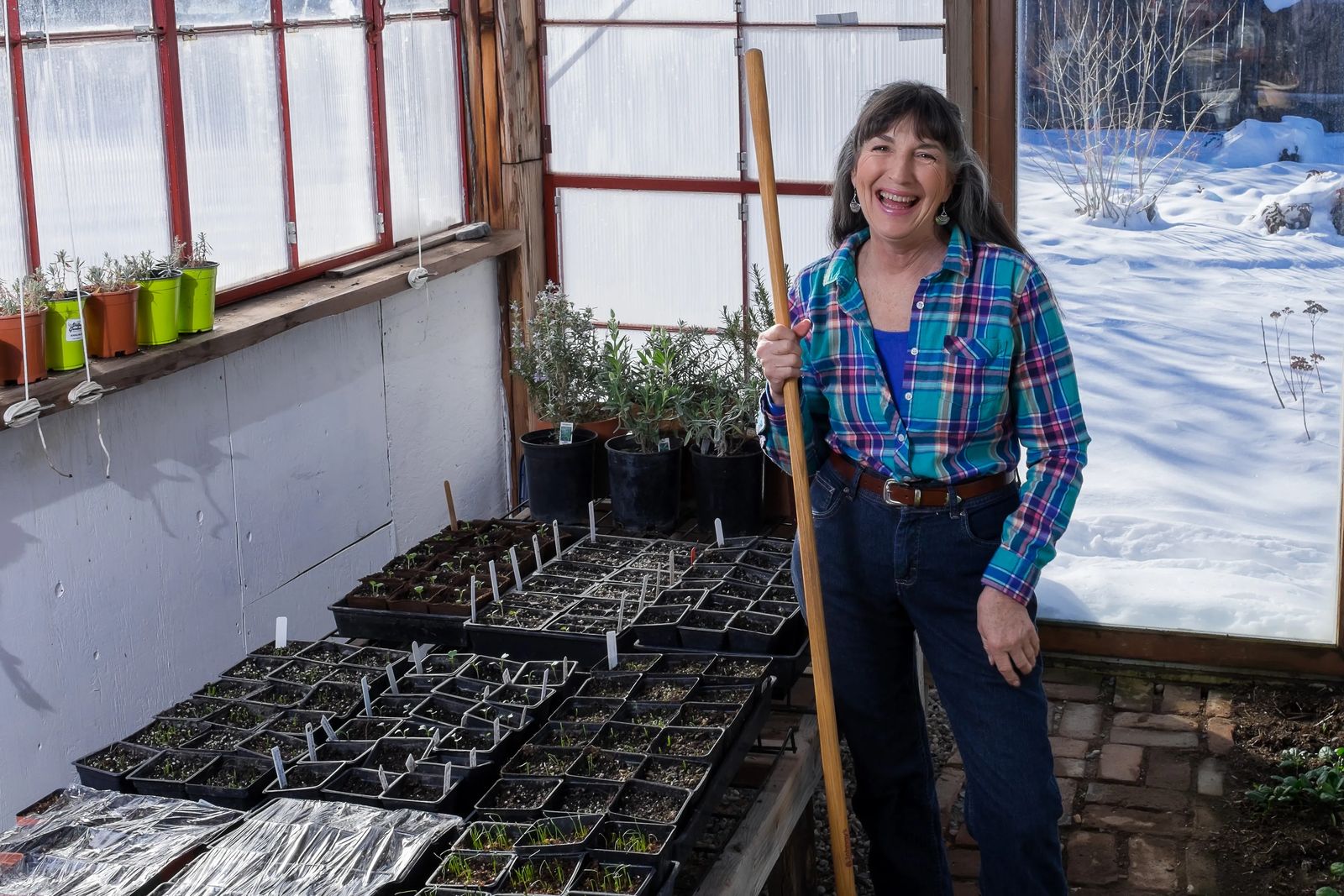 “There’s lots of competition between the chefs. That’s outdated thinking. It should be about sharing information and good food,” she says. “If we don’t share, we don’t grow.”

That’s why she welcomed the group to her garden last August. While she started her business in the 1960s, making lotions and creams from homegrown essential oils and herbs, she eventually branched out to growing produce for Community Supported Agriculture (CSA). Members receive the bounty from what is produced over the summer months on her 1.3-acre garden. Recently, she started selling tomato starters for home gardeners.

“The chefs walked through the whole garden. I told them how everything is done by hand, how I mulch and how I irrigate,” Rossetto says. “I think it’s important for the chefs to see what I do.” 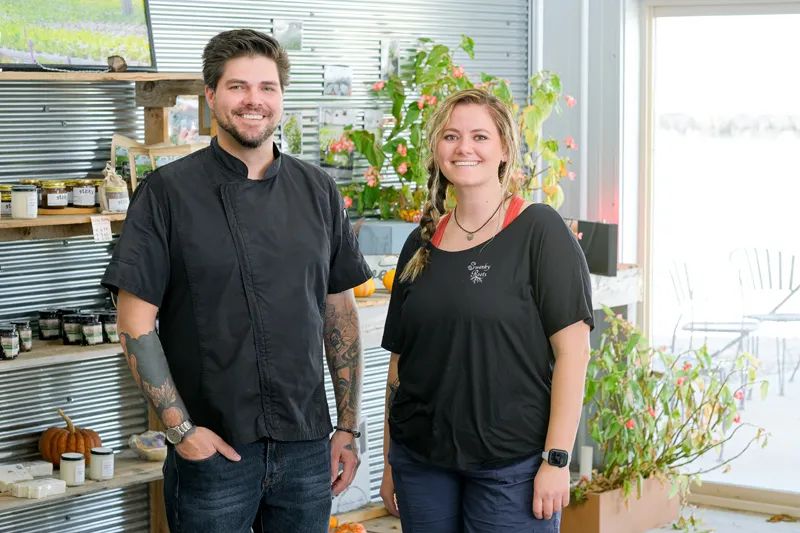 Veronnaka Evenson and her mother, Ronna Klamert, started Swanky Roots, an aquaponics greenhouse, in 2016. Evenson says she has seen many new partnerships blossom thanks to the Collab.

“After one of the Collab meetings we had a drink together,” she says of her meeting with Chef Troy Brothwell. “The spirit of collaboration came from this great meeting.” The two ended up leading a dinner in her greenhouse to raise funds for the Yellowstone Valley Food Hub.

Michele Schahczenski, general manager of the Yellowstone Valley Food Hub, says, “This event totally wouldn’t have happened without the connections made through the Collab.”

Alongside the greenhouse, Evenson grows vegetables in the ground and this last year, produced an overabundance of peppers. When Evenson said that she wanted to make salsa but didn’t have the food knowledge and resources, Brothwell jumped in and started creating.

“The three names for the salsas keep the greenhouse theme,” Brothwell says. Shovels below the name indicate the hotness levels. “Morita Mulch” is the spiciest and contains mint, Morita chile or smoked Chipotle, tomato, onion and garlic. “I am Root” has guajillo and pasilla peppers, espresso, mezcal, orange juice, Mexican beer, onion and garlic. The mildest salsa is called “Dr. Greenthumb” and is made with tomatillos, roasted garlic, caramelized onion and cilantro. 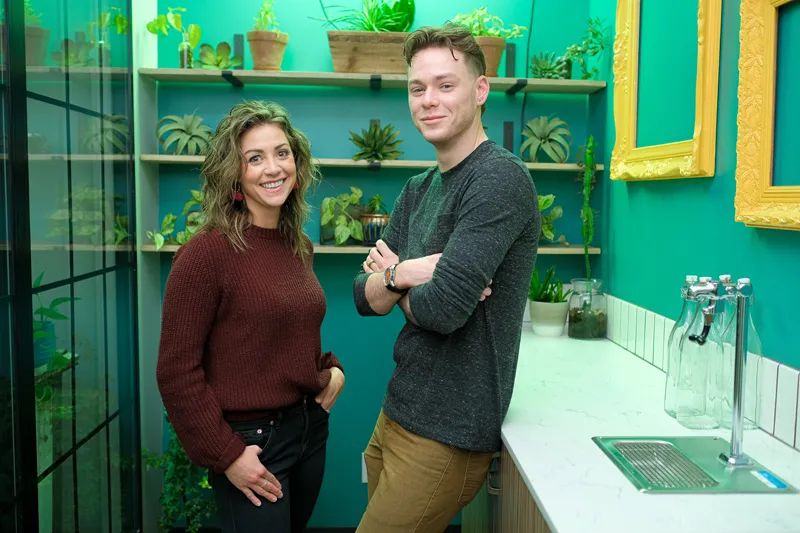 In early January, Nicole Griffith, owner of Well Pared, with locations downtown and on the West End, needed help. On Facebook she sent out a plea, not only on her page but on the Billings Social Collaborative’s group. It read: “Hey Friends, my restaurant (Well Pared) has a few people out sick right now, leaving us short staffed from 2 to 8 p.m. the next two weeks. Anyone looking for a few hours to pick up?” Immediately, she got responses from chefs and restaurant owners offering to send over workers.

In the end, Griffith says, “We brought back former employees. We had them come in and help since they already knew the system.” However, she adds, “It feels not so lonely when everyone wants to be a part of the bigger picture and help each other survive.”

And that’s what the Billings Social Collaborative emerged to do — not only serve the diner, but to make the experience for those who serve, cook and entertain us much more complete.

WANT TO JOIN THE COLLAB? Chef Dirk Frickel says anyone in the industry or adjacent to the industry is welcome to join. Simply go to Facebook and search out Billings Social Collaborative to request an invitation to join.