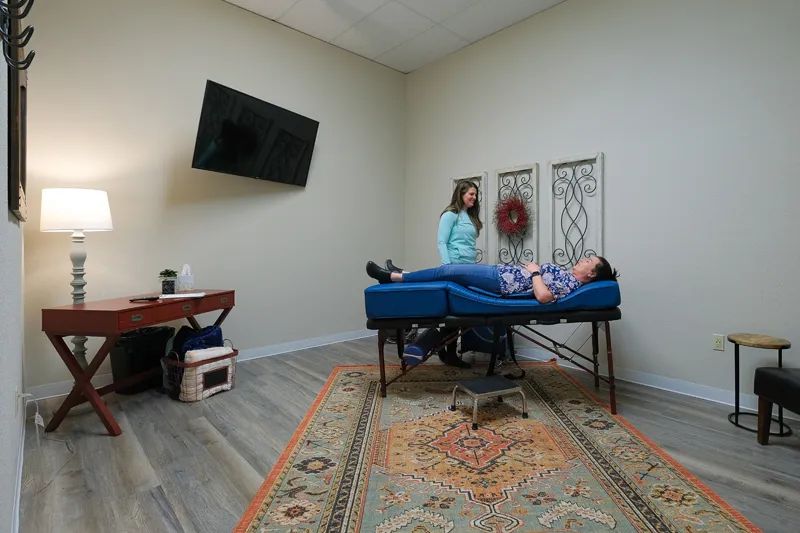 Why some are turning to pulsed electromagnetic therapy to counter pain

Julie Johnson has battled back pain for years. She’s not sure what the root cause of the pain was, but she knows now what can bust through it when she encounters a flare-up.

“I would tweak my back doing stupid things, daily things like bending over to pick up laundry and then it would hurt for two to three weeks,” Johnson says. “I’ve struggled with this for 20-plus years. I know it’s nothing serious. I’ve had an MRI. They saw arthritis and there are times when it flares on me. It feels terrible and restricts my movement.”

Last fall, after multiple trips to her chiropractor, her doctor suggested something Johnson had never tried before — Pulse Electromagnetic Therapy, or PEMF. After one session, Johnson felt the pain begin to drain from her body.

“I had no idea what I was getting into,” she says, describing the treatment as “physical therapy meets massage.” 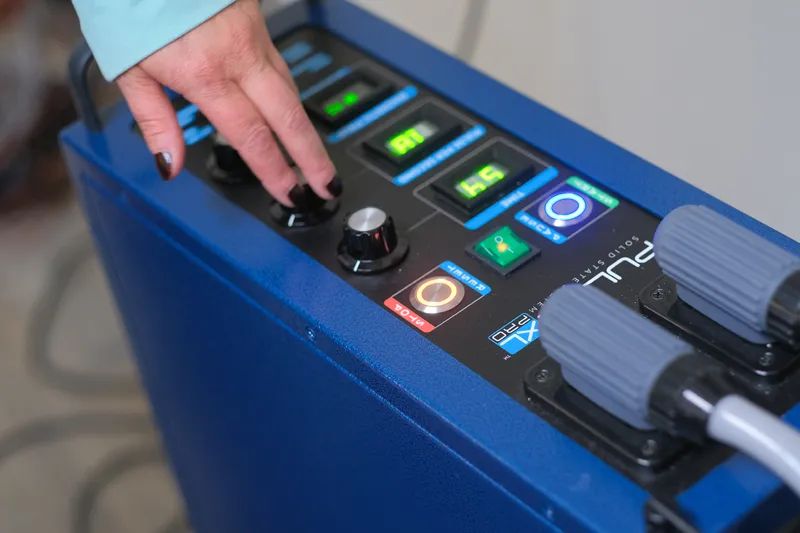 After witnessing success in one session, Johnson kept going back. She now blocks off time every Monday afternoon to sit on the pulsating mat and let the magnetic waves roll through her body.

“It’s definitely life-changing not having my back hurt all the time,” Johnson says.

Jodi Alexander owns Live Better-Feel Better, a business that strives to heal the body using not only PEMF but also regenerative stem cell therapy and massage. One of the first questions she gets regarding PEMF is simply, how does it work? She explains how the magnetic pulses “vigorously shake every cell in the body to kick out toxins and make the cells more permeable to allow oxygen and nutrients into the cell.” Alexander says when oxygen moves in, toxins get pushed out.

“Our cells hold a charge,” she says. When cells become stressed and inflamed, she says, those cells start to lose their charge and become sluggish. PEMF helps energize the natural healing power of the body’s cells, reducing inflammation and, as a result, reducing pain. Alexander adds that pain isn’t the only concern. Cancer, diabetes and heart disease all start with inflammation.

Alexander doesn’t just operate the machine, she uses it daily as well. 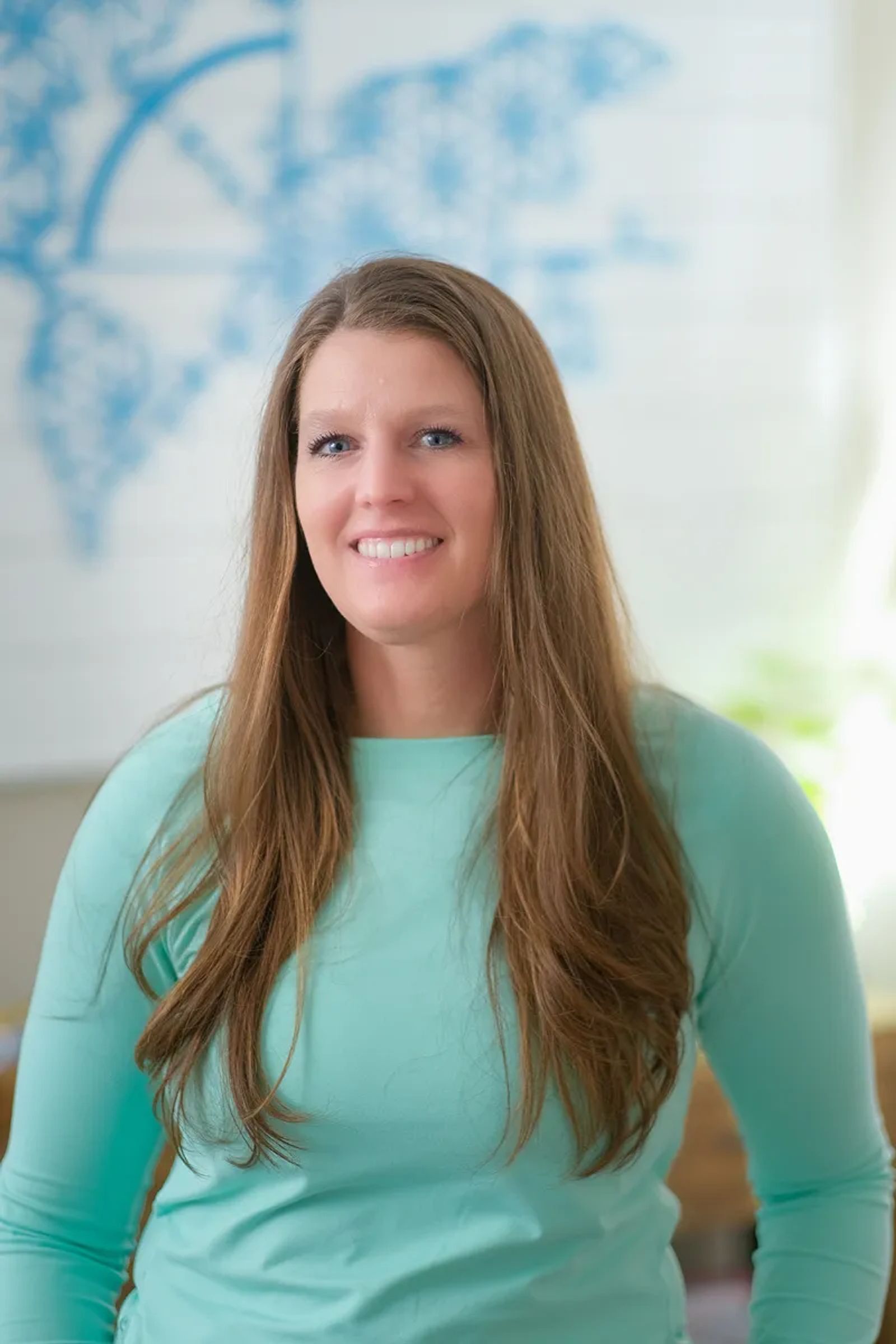 “I have a really arthritic knee from playing sports in high school — basketball, track and volleyball. All involved jumping,” she says. “When I was 27, my doctor told me I needed a new knee. I thought, there was no way.” Knowing she’d need another one by the time she was 40, she limped along for the next 15 years or so. “At 43, I told my husband, I needed a new knee. I was sore. I couldn’t get out of bed. I never knew what days I would be able to go do things and what days I couldn’t.”

That’s when she stumbled upon PEMF.

“I went on it for an hour and 10 minutes, and 15 minutes of that time was just on my knee,” Alexander says. “I walked in at about a nine on the pain scale, limping in. I walked out at about a two or a three. My inflammation was gone, completely gone, and my mobility was back.”

As a massage therapist specializing in deep tissue since 2001, she made plans to fly to Atlanta where the machines were manufactured. “I heard story after story about how this therapy is assisting with people’s ability to naturally heal.”

She and her husband put their home on the market and reorganized their finances in order to buy two PEMF machines. She’s now been helping clients with the therapy for close to two years.

“To help someone get their life back, that’s the greatest goal, isn’t it?” she says.

Diane Walker, 72, is one client who feels like she’s gotten a new lease on life. When she walked in the door for her first PEMF treatment, she was on the verge of dialysis from chronic kidney disease. After seven hour-long sessions over the course of a month, a comprehensive blood test revealed that her body was healing.

“I was kind of surprised really. When I first went to Jodi, I was skeptical about it,” Walker says. “When I went to my doctor, my kidney function had improved from a stage four to a borderline stage three.” Her creatinine level, which is an indicator of kidney disease, had dropped. “I was no longer in the stage where I would need dialysis. That was really good news for me.” She adds, “My doctor was very surprised.” Since then, Walker invested in a machine and uses it every other night for an hour. She says her husband, who suffers from type 2 diabetes, is also witnessing a health boost. 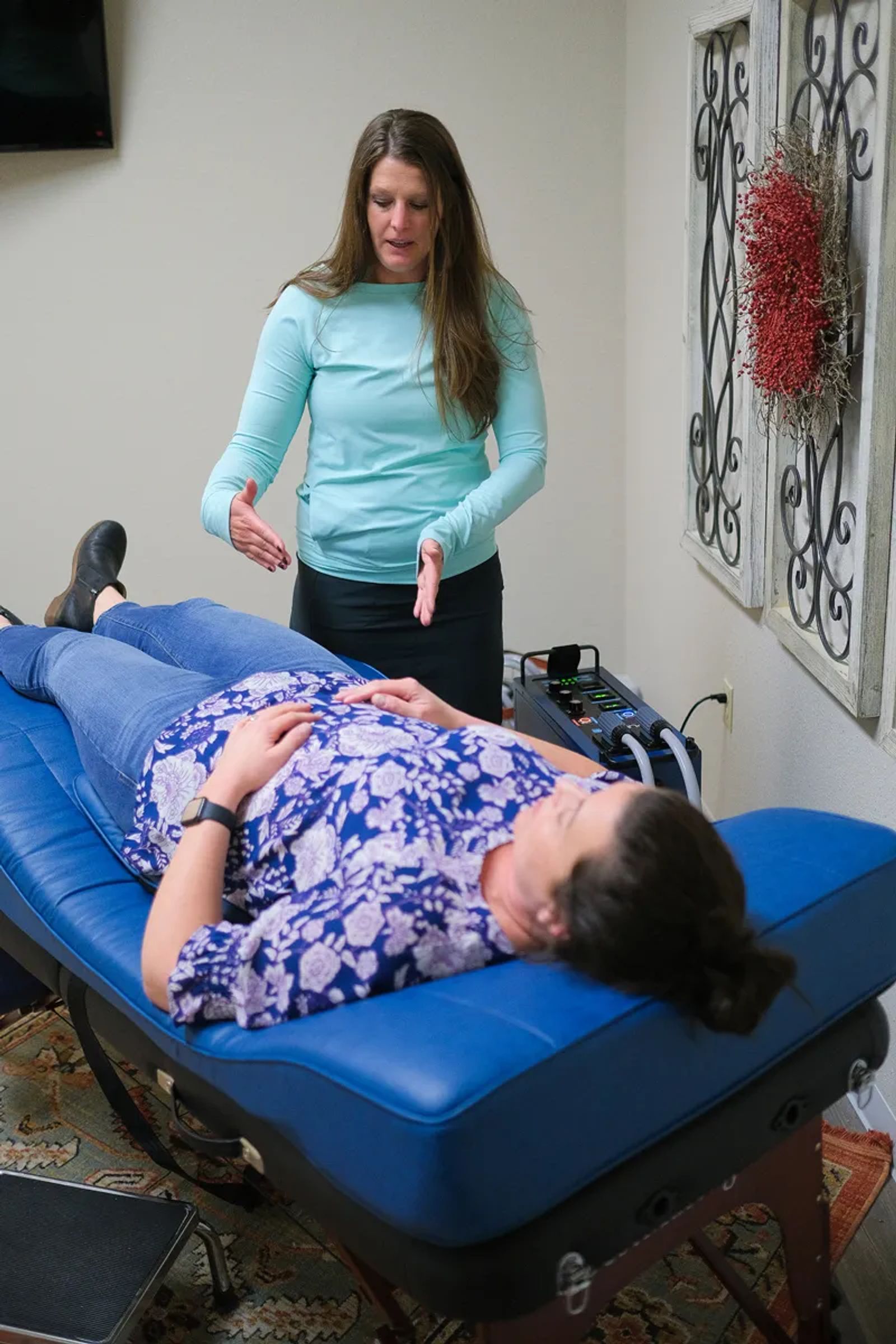 While Alexander describes PEMF as being like charging your body’s battery, those who create the PEMF technology say what’s really happening is that mitochondrial respiration and reproduction are being stimulated, which leads to greater energy and better cellular health.

When you sit on the PEMF bed, you might feel a light vibration, which Alexander says is a neurological setting and caters to those suffering from PTSD and depression. If she increases the megahertz and reduces the number of pulses per second, the machine can be used to target inflammation. The technology has been used not only to help alleviate pain but stimulate tissue healing, reduce stress, strengthen bones and help people reach a deeper, more restorative night’s sleep. Athletes have used it to heal injuries or to better recover from intense training.

“We chart everything,” Alexander says. “It’s all about trying to figure out how it works on each individual. The machine knows when it hits your body where it is needed the most.”

As for Alexander’s knee, her replacement surgery has been permanently postponed.

“Right now, I am not looking at a new knee,” she says. “My pain, to put it in perspective — before this 80 to 90 percent of my days were in pain and about 10 to 20 percent, I felt good. That’s now reversed. My bad days now are so few and far between.”