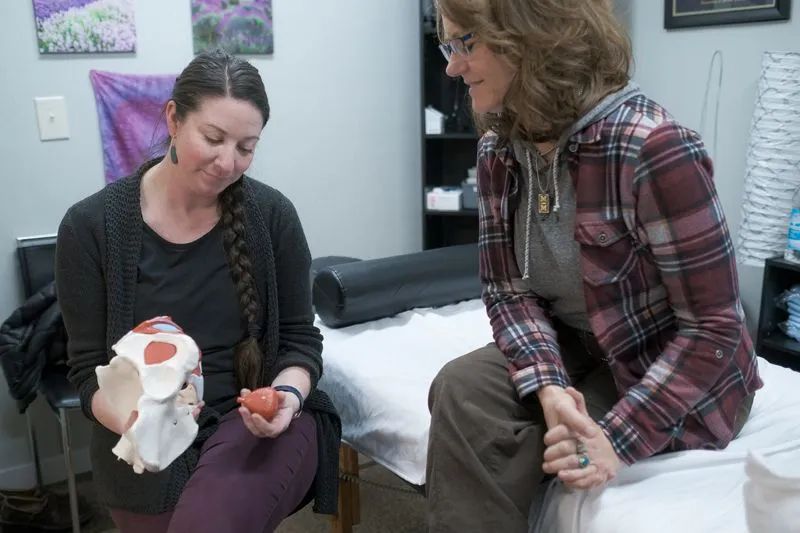 For the past 20 years, Sheila Hildebrand has been on a journey — a journey she never wanted to take. Chronic pelvic pain has been a constant driver, leading her to try a variety of treatments, medications and methodologies she never even knew existed.

“At times, I braced so much against the pain that I basically got charley horses from my sacrum down around the underbelly of my body, everything that holds my guts in, up to my pelvic bone,” says Sheila. “I sometimes laid on the floor for two to three hours in pain. It was horrible.” 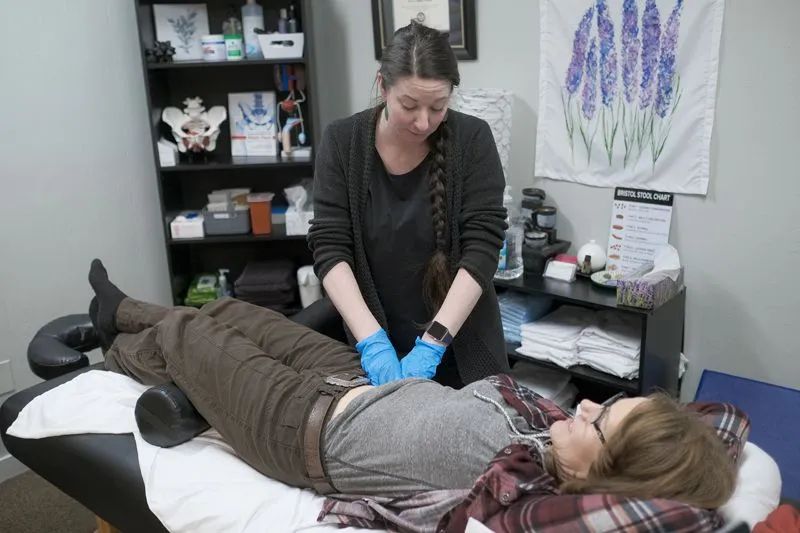 Physical therapist Bri Blohm is a pelvic health specialist at Lone Peak Pelvic Health Clinic in Billings. She helps Sheila and many others find relief.

“Our pelvic floor is a sling of muscles that function like other muscles in our body,” Bri says. “We’re just not aware about them. We don’t talk about them. It’s taboo. But we need to, because just like anywhere else in our body, if we have issues, then there’s an answer.”

Bri says people often think pelvic floor therapy is just for pregnant women and women who have just given birth. With expectant and new mothers, pelvic floor therapy can help with problems like back pain, pain with intercourse, and urinary leakage. But there are many other causes of pelvic pain, including injury, stressful lifting, endometriosis, scarring and trauma. Pelvic floor specialists also treat men with problems like scrotal pain or prostate cancer, and even children who have problems with bed wetting and constipation. Pelvic floor muscles support bowel, bladder and sexual functions, as well as postural spinal stability.

“If you’ve got unresolved hip pain, low back pain, or sciatic pain that traditional therapies are not helping, we need to look at the pelvis,” says Bri.

Physical therapist Sari Stahl of Mountainland Physical Therapy is also a pelvic health specialist who works with patients like Sheila. She hopes more women will speak up when they’re hurting.

“I think in general, women are told to just kind of buck up. We’re told that we’re to go have children and go straight back to work,” Sari says. “We also do that to ourselves. We’re kind of superheroes in our own right, trying to take care of our families, because that’s our motherly duty. Sometimes we just don’t take care of ourselves as we should.” 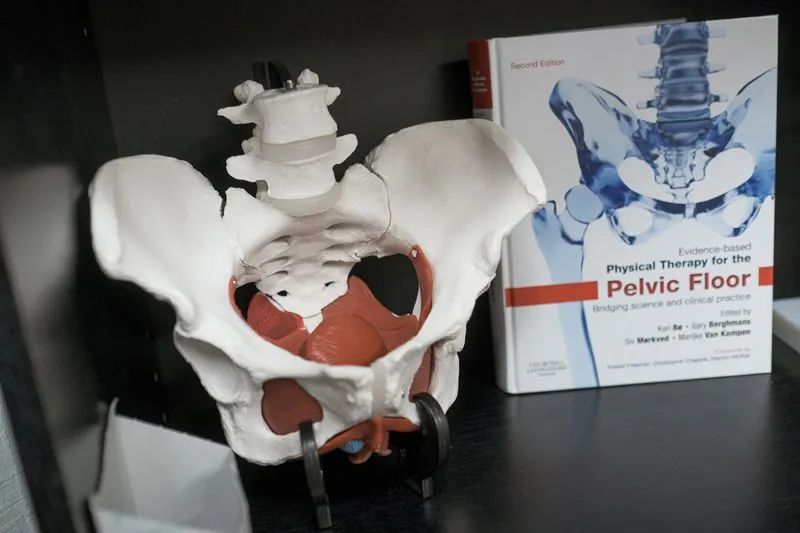 Sari would also like to see more physicians ask the right questions of their patients during checkups.

“Is your cycle regular? Are you having pain during intercourse? Do you leak urine?” Sari says. “Those aren’t commonly asked, and women are supposed to tell the information up front. I don’t think they will unless they’re asked. Women often feel shame that they’re going through things like that which are very intimate.”

These days, social media support groups are making it easier for more women to open up about pelvic pain. Like many people, Sheila initially had trouble speaking up.

“You’re dealing with body functions, your bowel, your urination and your genitalia, and it makes people uncomfortable to talk about,” Sheila says. “So it’s lonely. It’s so lonely.”

After years of different tests, treatments and diagnoses, a specialist eventually diagnosed Sheila with chronic embedded bladder infection. Antibiotics helped control the infection, but her pain persisted. One cause, which many patients experience: pelvic muscle tension, caused by “muscular guarding,” which happens when a person tightens muscles to brace against pain. For Sheila, muscular guarding and chronic bladder infection led to urinary and bowel dysfunction.

“You kind of drop out of life because that part of your body hurts,” says Sheila. “You’re so vulnerable. You can’t walk. You’re bracing. So even when I’m there, I’m not there.”

Early in 2021, Sheila’s search for relief led her to try a treatment called Pulsed Electromagnetic Field (PEMF) therapy. It’s described as a battery charger for our cells, one that boosts cell metabolism. During the therapy sessions, a device that mimics the earth’s magnetic field delivers a low frequency, pulsed electrometric field. The therapy is designed to help restore the body’s natural electromagnetic energy, thereby reducing pain and swelling.

“At this point, I feel like I’ve overcome so much,” Sheila says. “PEMF has been tremendous. It was the first thing that broke my pain. On about my second treatment, I got up, went to the bathroom and I had no pain. None! It was like a thousand pounds had been lifted from my shoulders. The next thing that was amazing was that I was able to urinate freely.”

Sheila now uses a PEMF machine a few times a week. During treatments, you’ll find her stretched out on a PEMF bed, with two paddles placed on or around her pelvis. She says that while the hour-long treatments aren’t painful, you can feel muscles contract and release, along with a tingling sensation. PEMF is not the only solution to her pain, but regular treatments give her great relief. 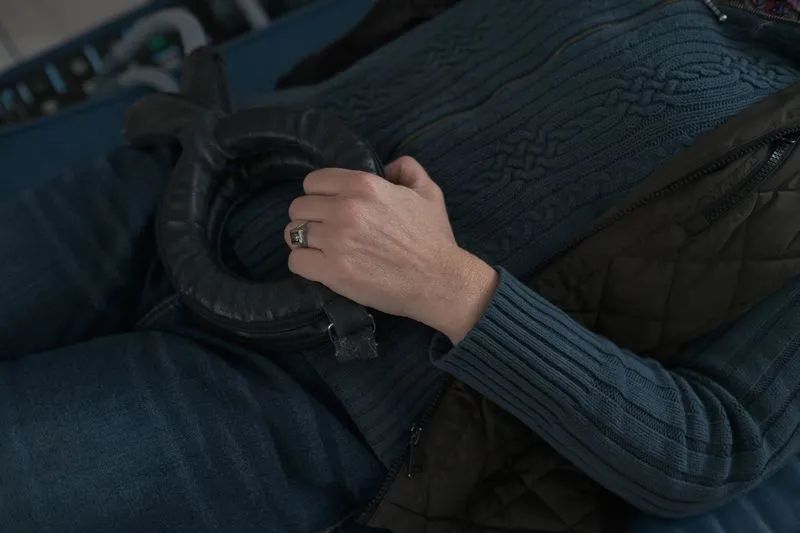 Everybody who becomes ill, myself included, wants the silver bullet,” Sheila says. “Give me the one hit wonder where I walk through the door and I walk out cured of all things. PEMF occasionally can change things for people very quickly, but generally, it’s a little bit of a commitment.”

Physical therapy also plays a critical role in easing her pelvic floor pain. During therapy sessions, patients like Sheila learn how to do everything from pelvic floor muscle releases and breathing exercises to core and gluteal exercises that help stabilize the pelvic structure.

“I think our healing is so multifaceted,” says Bri. "I’m always referring people to counselors, to doulas, to massage therapists, to chiropractors. I believe everyone should have a multidisciplinary approach.” 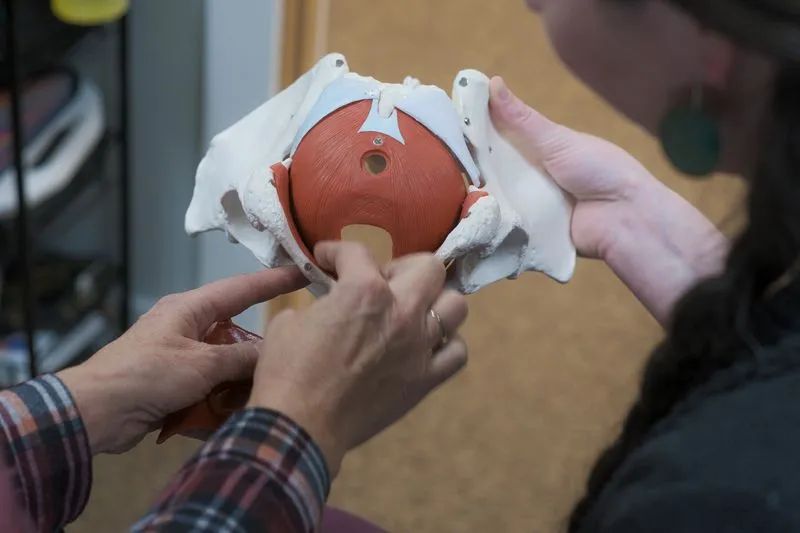 “When a patient comes in and says, ‘Oh my gosh, you saved my marriage. I’m having pain free sex,’ or ‘I can finish a shopping trip with my kids and I don’t have to run to the bathroom in the middle of the grocery store,’ it’s wonderful.”

After years of living in pain, Sheila’s current treatment plan gives her new hope. She believes so much in PEMF that late in 2021, she bought Live Better, Feel Better, the Billings business where she underwent treatments. Now, she’s on a mission to help others ease pain and regain their quality of life. She also no longer has trouble talking about this traditionally taboo topic.

“A lot of times I’ve pulled back in life, so I now delight in the opportunity to put this story out there,” Sheila says. “I hope it helps women and men go get treatment.”