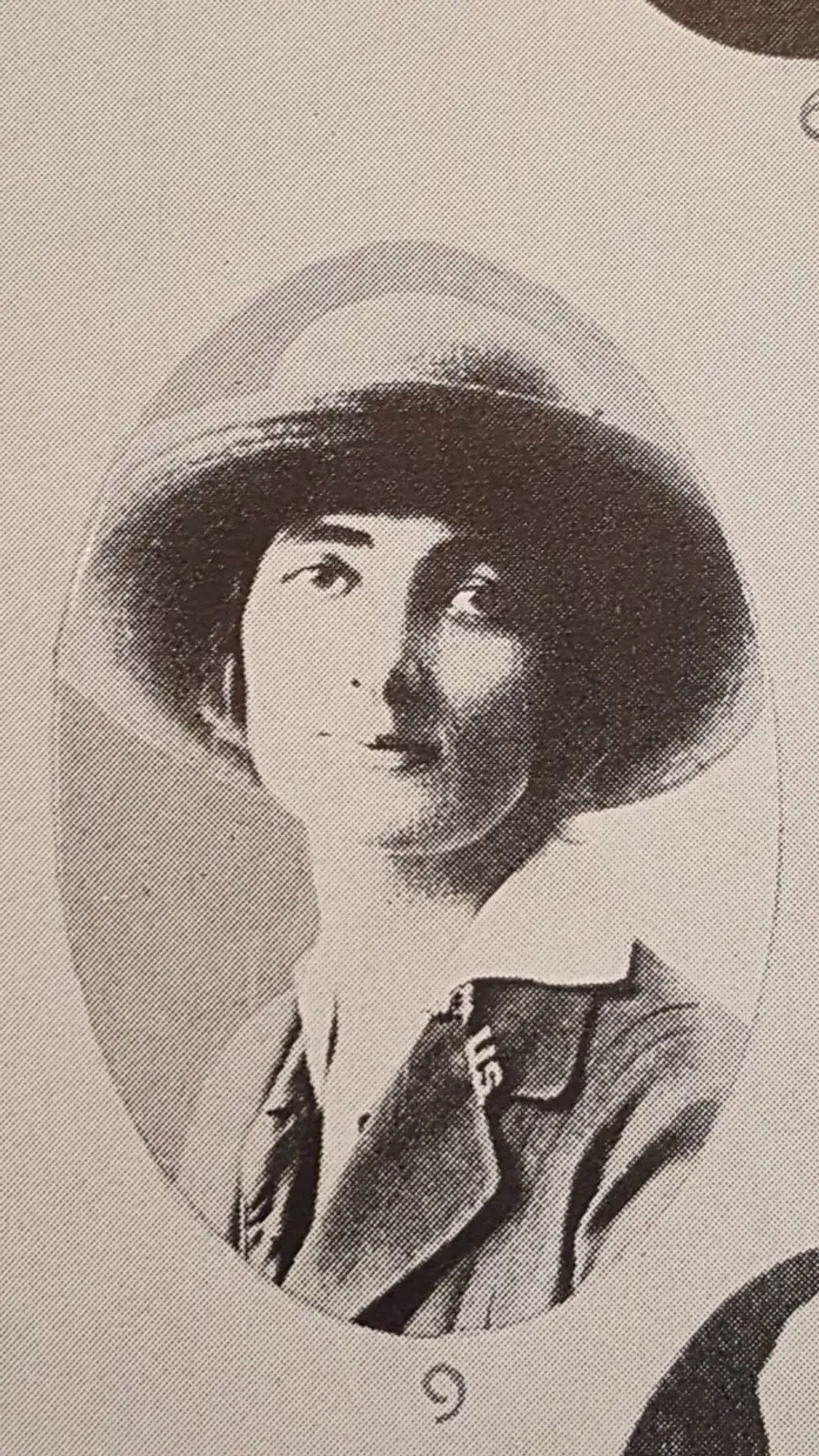 Editor’s Note: Over the past century-plus, many women in the Yellowstone Valley have broken tradition, refusing to let society dictate their path in life. They’ve been comics, political activists, rough-and-tumble history makers and community champions. Under the leadership of Community Historian Lauren Hunley, the Western Heritage Center began honoring 10 of these women with its exhibit “Saints & Sinners: Women Breaking Tradition.” YVW decided to bring you the stories of some of these noteworthy women.

When Billings Polytechnic Institute (now Rocky Mountain College) announced the hiring of Harriet O’Day as the school’s head nurse in charge of health and sanitation, it wanted to comply with the latest health and safety protocols. A decade earlier, the Spanish flu pandemic killed millions as it swept across the globe. Polytechnic knew its student body traveled far and wide during school breaks. It wasn’t taking any chances.

One of O’Day’s first tasks was to screen Polytechnic students for contagious illness. I envision Nurse O’Day as a cool, no-nonsense woman, dressed in traditional white, who told students, “Say, ‘ah,’” as she swabbed throats and took careful notes. Those students, probably grumbling at the prospect of a mandatory health check, had no idea who they were dealing with. O’Day had been a nurse in Europe during World War I, when the Spanish flu was raging. She helped care for wounded soldiers in what we’d now call a “MASH” unit.

A 1908 Billings High School graduate, O’Day trained as a nurse at St. Joseph’s Hospital in St. Paul, Minnesota. She enlisted in the Army Nurse Corps at age 27 and was one of 86 Montana nurses who volunteered for overseas duty.

Those pre-WWI days were filled with great unrest and upheaval. Montanans had just elected Jeannette Rankin, the first woman to serve in the U.S. House of Representatives. I wonder if O’Day voted in the historic 1916 election, the first in which Montana women cast ballots. Later, Congresswoman Rankin cast a controversial vote against the United States’ entry into WWI. Critics said her anti-war vote would delay national women’s suffrage and prove that women were unfit for public service. Two weeks after Harriet enlisted, the United States’ entry into WWI became official on Dec. 7, 1917. 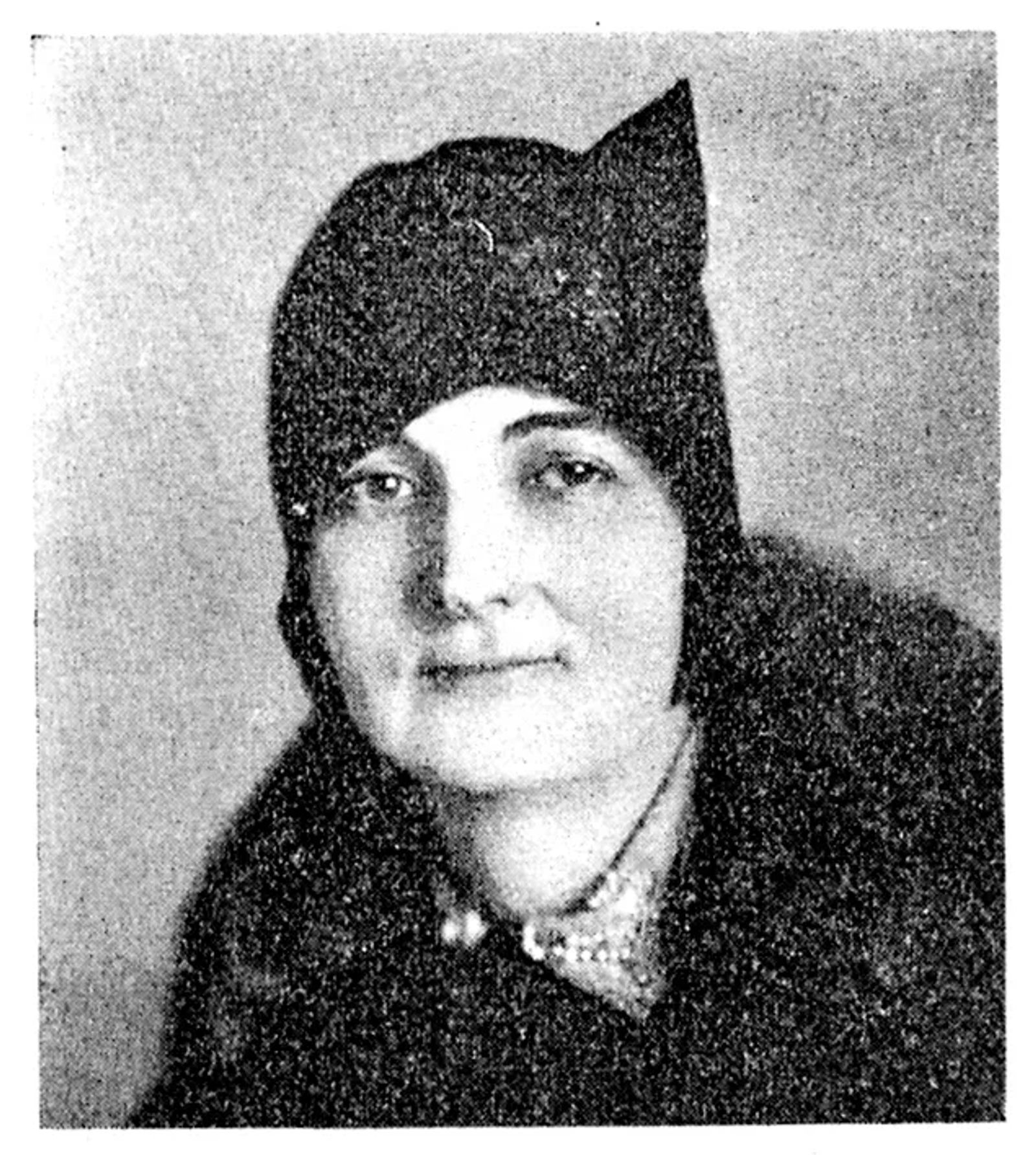 O’Day served stateside before being assigned to Evacuation Hospital #4 (EH4) and dispatched overseas with an early contingent of American nurses. She moved with EH4 alongside American Expeditionary Forces (AEF) through Europe, each time establishing a war-zone medical site near the front lines. Under extreme, dangerous conditions, EH4 evaluated, treated and stabilized wounded soldiers brought directly from the battlefield.

October 1918 is considered the deadliest month in United States history, due to the combined deaths sustained in WWI and domestic deaths from the Spanish flu. By November, O’Day and EH4 were in northern France near Verdun, a highly prized strategic location close to the Belgian border. France and Germany had fought over Verdun’s control for several months. Theirs was a bloody, bitter fight characterized as a “human cauldron.” Over 1 million French and German soldiers died near Verdun before the Americans arrived. 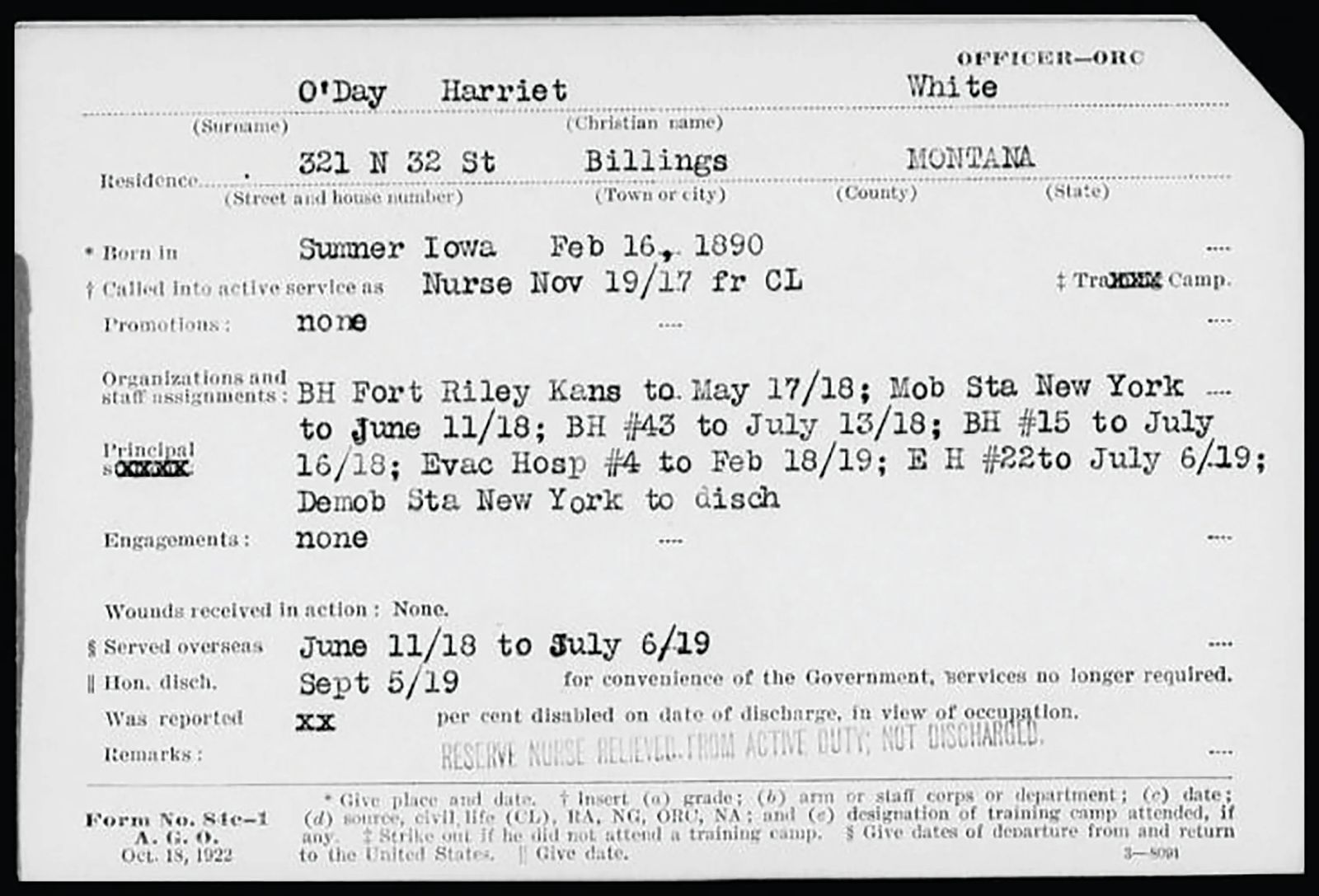 Early on Nov. 3, 1918, German soldiers commenced shelling the EH4 site. Amid the unexpected and sudden chaos of the attack, EH4’s head nurse was knocked unconscious, but she recovered sufficiently to order her nurses to evacuate the wounded. It isn’t hard to imagine the terror O’Day and other nurses felt as they dodged shrapnel, tasted acrid smoke and smelled death while delivering first aid, carrying their patients to safety and shielding soldiers’ vulnerable bodies from falling debris. The four-hour onslaught must have felt like forever.

Army Nurse Sigrid M. Jorgensen, who served with O’Day and EH4, recalls Nov. 3 as a cold, rainy day. Her account says hospital tents were pitched on ground covered in mud so deep it impaired movement. EH4 nurses abandoned their iconic white uniforms for sweaters and long underwear under trench coats, rubber boots and rain hats. Jorgensen said they felt “fortunate to have so few casualties.” In her own words, preserved in the National Archives, she said she believed every EH4 nurse serving that day would return to the front if asked.

Maybe Germany knew the end was nigh when it blasted EH4. Eight days later, on Nov. 11, 1918, it surrendered. O’Day wrote to her mother after Armistice Day, lamenting the death of a soldier named Hobensack, whom she described as a “prince of a fellow from Montana.” He died from abdominal wounds received during the horrific last days of fighting at Verdun.

As the Germans retreated, back home in Montana, Jeannette Rankin lost her 1918 re-election bid. Despite serving just one term, Rankin introduced legislation to add the 19th Amendment to the U.S. Constitution, which guaranteed a woman’s right to vote. Some say President Woodrow Wilson came round to support the 19th Amendment as a way to recognize the valiant contribution of WWI nurses.

Harriet O’Day’s outstanding service and courage did not go unnoticed. Gen. Pershing awarded her an Individual Citation of Merit for “heroism under fire when Evacuation Hospital #4 was shelled by enemy artillery.” It was the highest citation the Army could bestow upon a woman.

O’Day was 37 and single when she accepted the Polytechnic position. She married WWI veteran Jens C. Nielson 10 years later. They were married 40 years. O’Day, who died at 86, is buried in the Laurel City Cemetery.