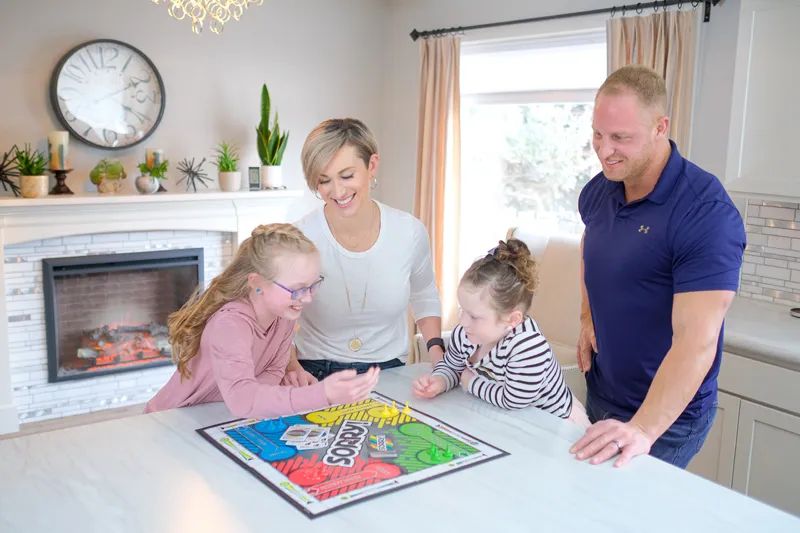 From the time she was a little girl, Dr. Sarah J. Counts was drawn to medicine.

“I wanted to be a doctor for as long as I can remember,” says Counts, 37, a cardiothoracic surgeon at Billings Clinic. “I was the kid who even drew anatomical hearts on valentines.”

She was a fan of the 1990s TV show “Dr. Quinn, Medicine Woman” and enjoyed watching surgeries on the cable channel TLC. Remarkable as it sounds, at age 7, she even helped give subcutaneous injections to her church’s children’s choir director at the woman’s home when she was undergoing cancer treatment.

“That’s the first time I really remember trying to help take care of someone during their illness,” Counts says. “It has never wavered since then.”

Born in Connecticut, she was the first in her family to choose medicine. But her father, a corporate pilot, felt pulled toward aviation from childhood, “so maybe I got that drive from him.”

During an interview, brown-eyed Counts, her dark hair cropped short, apologized for speaking so quickly. But perhaps her rapid-fire delivery is symbolic of the way she has managed to cram so much into her relatively short life.

Counts entered the University of Connecticut at age 16, while she was still in high school. She started medical school at 21, the youngest student in her class. 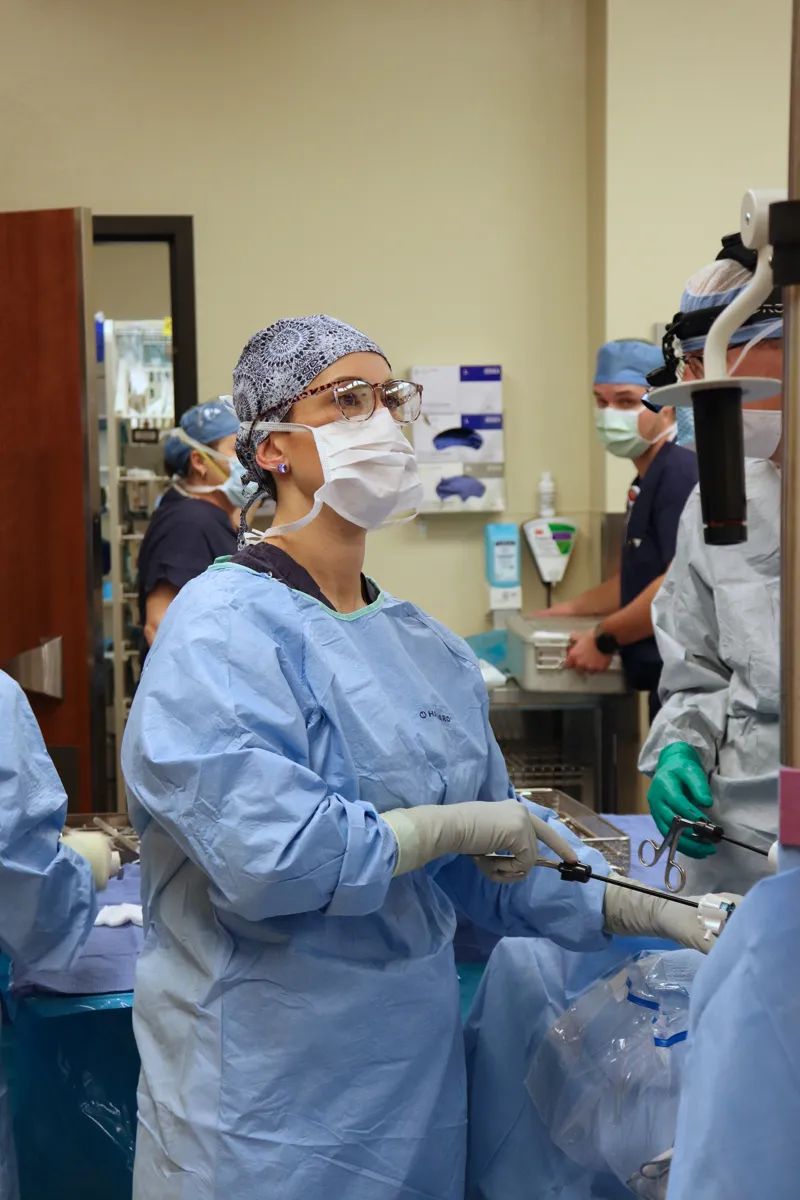 She was one of 10 of an estimated 10,000 applicants to be chosen for a general surgery residency at Yale New Haven Hospital, the primary teaching hospital for Yale School of Medicine. In her fifth and final year, she was chosen chief resident, the highest honor she could achieve, overseeing the work of 90 other residents.

Counts was only the second woman to graduate from Yale’s two-year cardiothoracic fellowship. She chose a field in which, as of 2018, only 6 percent of the surgeons were women. And while still at Yale, she co-authored a chapter on thymic tumors published in the textbook adopted by the Society of Thoracic Surgeons.

“I’m very driven and Type A,” she says, laughing.

But in all she does as a physician, Counts’ focus is on her patients. That’s why she chose the University of New England College of Osteopathic Medicine in Maine, graduating as a doctor of osteopathy (DO). She liked the body-mind-soul holistic approach to treating patients emphasized through that type of medical care.

Counts treats patients the same way she would family members.

“When they ask, ‘Well, doc, what would you do?’ I say, ‘Well if you were my dad or my loved one, this is what I would do,’” she says. “That’s really my approach to every patient I see.”

By the end of her five-year residency, Counts had narrowed her scope to cardiothoracic surgery. That specialty involves the area of the heart, lungs, esophagus and major arteries in the chest. She still recalls the impact of performing her first heart surgery, with the patient’s heart stopped while on a heart/lung bypass machine.

“You’re holding someone’s heart in your hands,” Counts says. “It’s hard to even put it into words, from wanting to be a doctor as a little kid to getting to the point where you’re able to do that. It’s just a feeling of awe.”

In the last year of her fellowship, Counts traveled to Billings Clinic at the invitation of Dr. Alexander “Sasha” Kraev, also a cardiothoracic surgeon who completed his fellowship at Yale.

“He had a positive impact on me when I was a resident,” she says. “When he heard that I was looking for a job, he called me up directly and said ‘I think I have the job for you. I think you’d love it.’”

Despite offers from prestigious hospitals back East, Counts chose Billings. A smaller venue gave her a chance to be active in her patient care and share her expertise with colleagues throughout the region, something more difficult to do at larger institutions.

“People have my cell phone number and so they’ll call me for advice or help with things, and I like that about being here,” she says.

At Billings Clinic, Counts has honed her focus even further to thoracic oncology and thoracic surgery, often dealing with patients suspected of having lung cancer.

“Part of what I really like about thoracic surgery is that I can have a rapport with patients for a really long time because I need to follow them, make sure the cancer doesn’t come back,” she says. “There are patients I operated on when I first got here who I talk to now and they’re doing great, and that’s great.” 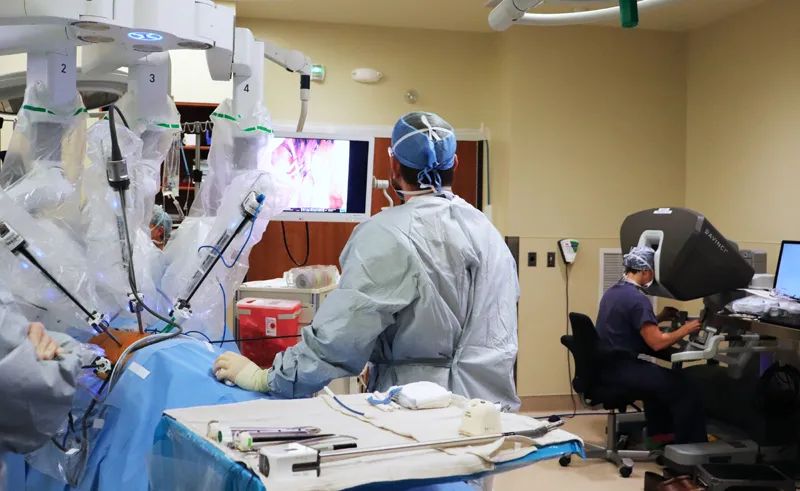 Counts’ passion for providing the best patient care led her to help bring a new diagnostic tool to the clinic in August, a tool that diagnoses lung cancer earlier and more accurately, making Billings Clinic the first hospital to do so in a four-state area. With a CT-scan-generated 3-D model of the patient’s lung to guide her, Counts directs a tiny robotic endoscope into hard-to-reach nodules (or masses) in the periphery of the lung, to view and biopsy the mass.

“It looks like I’m playing a Game Boy, with a TV screen in front of me,” she says. “The robot actually holds itself in place so I don’t have to, unlike the old bronchoscopy.”

Whereas the earlier technology confirmed the presence of cancer about 60 percent of the time, Counts says, her use of the Monarch Platform in a little over 30 cases has provided an 89 percent yield rate.

“It means that 89 percent of the time when I go in thinking that there’s something, I’m actually able to biopsy it and prove it,” she says.

Her days at the clinic vary, some filled with surgeries, others by meeting patients or talking with them by phone or electronically via telemedicine, a product of the Covid-19 era. Often, an extra one or two telemedicine appointments are slipped in “because if there’s a way that I can get to people now and not make them wait till next week, I try to do that.”

Another goal she has is to make it home by 5, in time to have dinner with her two daughters, ages 5 and 9. “My priority is my kids,” Counts says. “They’re No. 1 and then everything comes after that.”

Though she employs a nanny to help out, Counts shoulders most of the responsibility for running her household and makes sure she’s available to attend doctor visits or the girls’ activities and to FaceTime daily with family back East. The trio enjoys heading to Red Lodge to ski, and traveling is a passion, though Covid-19 has put that on hold. 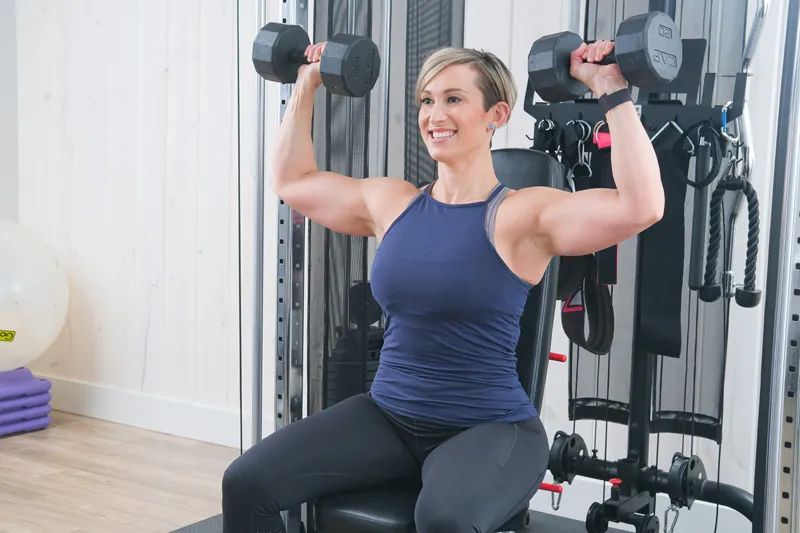 Part of what lets her function in her roles as mom and doctor is her choice of specialty. Unlike cardiac cases, which can require surgeons to drop everything for an emergency surgery, thoracic patients don’t require that kind of rapid response. That flexibility also frees up time for other pursuits, such as bodybuilding. Counts rises at 3:30 or 4 a.m. to work out in her home gym, climbing on her StairMaster, then lifting weights, “to set myself up for success, to start the day on a good note.”

Counts, who has always been athletic, traded long-distance running for weightlifting after the birth of her youngest daughter.

“I went from being like a string-bean marathon runner to lifting weights and feeling strong,” she says, noting the benefit it brings to her practice. “The thing about operating, especially cardiothoracic surgery, is you have to have some muscle because you’re cutting through sternum, you’re pulling up ribs and moving things around.”

Counts won a bodybuilding contest in Wyoming in the fall that qualified her for a national competition later this year.

Juggling her practice, her home life and her hobby is nothing new for the on-the-go physician. To prove the point, Counts tells of the time of when she was pregnant with her youngest daughter, while she was in training at the Yale hospital. Counts performed a 12-hour surgery the day before her daughter was born.

The next day “I was on the phone actually dealing with a patient problem, while I was in the labor and delivery room,” she says. “Ten minutes later, I had a baby.”