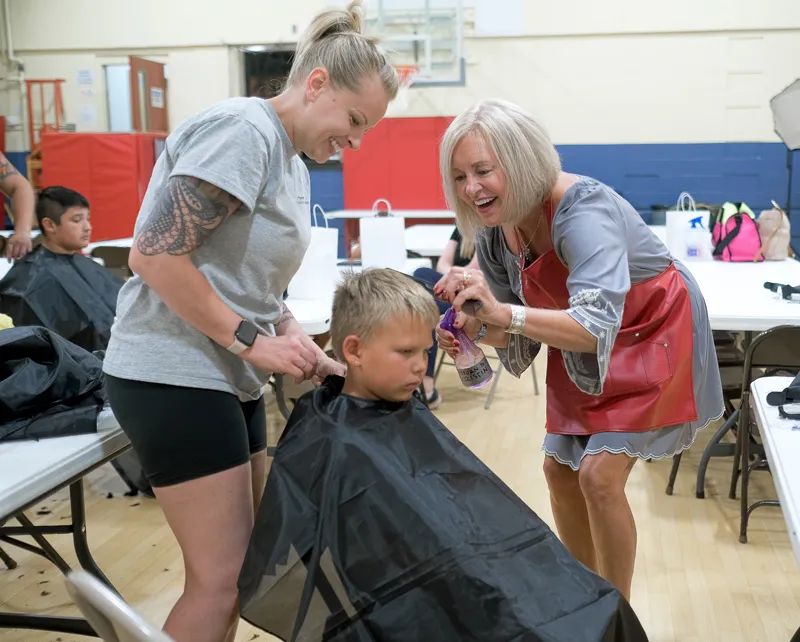 ‘One more thing in me’

There’s a sign on the wall where Kristin Rapacz volunteers her time: “Life isn’t perfect, but your hair can be.”

The simple message brings a grin to Kristin’s face and no doubt to some of her clients. Forty years ago, the college-bound Kristin would never have guessed she’d become a licensed cosmetologist at the age of 59. But that’s exactly what she did, and she couldn’t be happier. She’s not only learned the tricks of the trade, but she’s using them to transform lives.

“It’s been beyond my wildest dreams,” Kristin says. “It’s everything I’d hoped for and so much more.”

Kristin was edging toward the big 6-0 and had already invested more than three decades in two professions – 10 years in health care administration and another 25 years as a volunteer coordinator at her church. That’s when she began contemplating a “third act.” She laughs as she refers to it as her two-thirds life — rather than mid-life — crisis.

“I think I got a little bit of wanderlust,” she says. “It got me wondering if I had one more thing in me.”

Kristin admits she was also a tad jealous. Her grown daughters were off on exciting new paths and she yearned for her own adventure.

“I loved what I was doing (at the church), so anything I was going to do next had to be just right,” she says.

She wanted her next career to be active, creative, hands-on and helpful to others. She considered nursing, massage therapy and even graphic design. But, for one reason or another, nothing quite clicked. “Then I landed on cosmetology,” she says. “It checked all the boxes.” 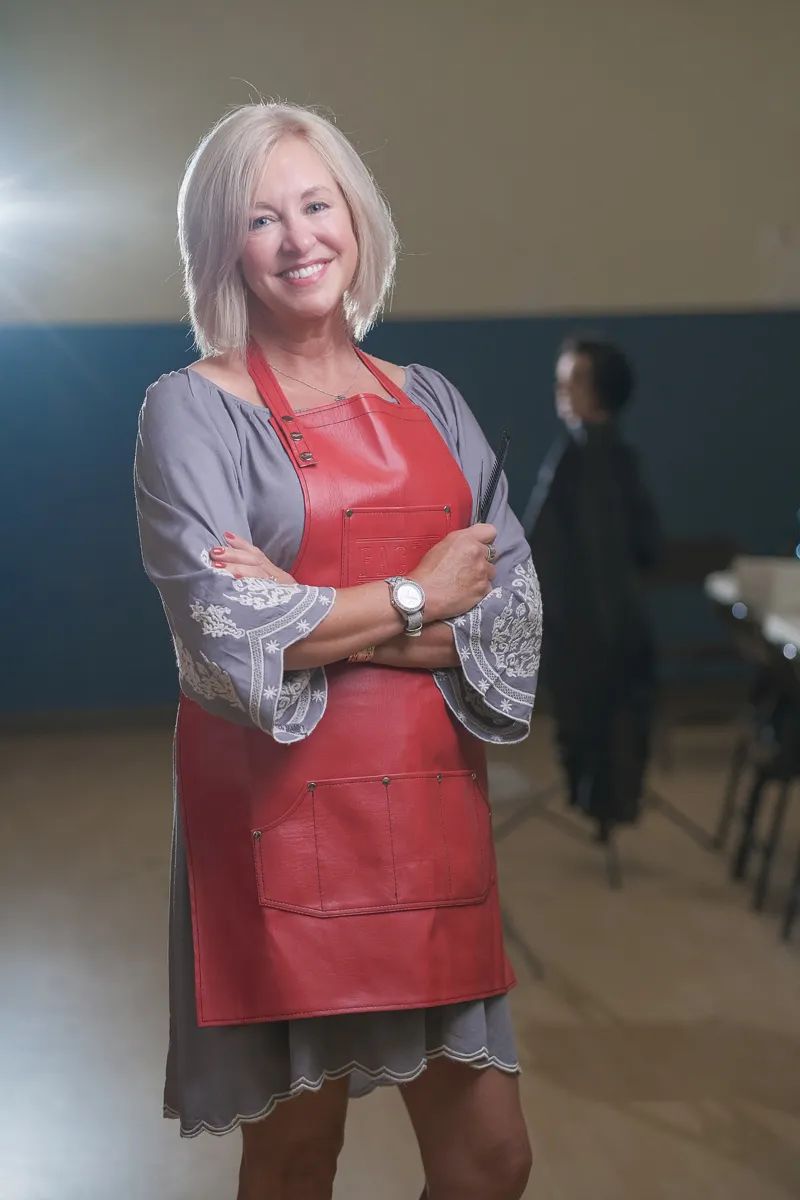 She doesn’t remember anyone suggesting it. She laughs now, thinking of her friends’ reactions to her “aha!” decision.

“I think people thought I was nuts,” she says. “If you’d told me my senior year of high school I’d be a licensed cosmetologist, I’d have laughed you out of town.” But Kristin embraced her new direction and enrolled in a nine-month cosmetology course. Her classmates were younger than her daughters.

“School was so much fun for me and the 20-year-olds,” Kristin says. “They accepted me and I was so grateful for that.”

At first, Kristin thought about launching her new career in a mobile salon — somewhat along the line of a food truck or mobile dog groomer. She nixed that idea and took a step back when Covid struck. “I wanted to be close to people but maybe not that close,” she says.

When she felt ready to jump into her new profession, Kristin opted to “donate” rather than charge for her newly acquired expertise. She opened a free salon first at the Montana Rescue Mission and then at Tumbleweed’s drop-in center for at-risk and homeless youth. Later she added a monthly hair-cutting class at Friendship House, an organization that fosters stability and transformation for children and families in South Billings. She and husband, Allen, have long supported all three nonprofits and Kristin serves on the Billings Leadership Foundation, which provides shared services for each. 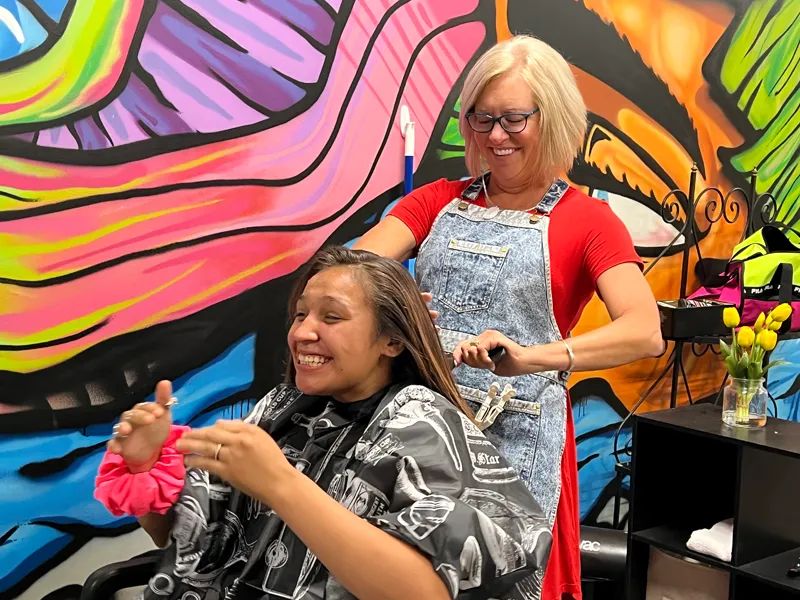 Volunteering seems to come naturally to the Minnesota native, whose parents and grandparents volunteered in their churches, as 4-H leaders and even as mayor (her father). Growing up in that culture, Kristin learned early on the rewards of giving time and energy.

“As with any volunteer, you end up getting as much as you give,” she says.

She’s instilled the same in her three daughters, whose “resumes” include serving as peer counselors for Eagle Mount and as an AmeriCorps Volunteer. She’s grateful for Allen’s back-up and the opportunities that allow her to give of her time.

Despite the years she’s devoted to volunteering, this latest calling has opened her eyes to a whole new world. “I felt like I had an understanding of people when I started,” she says. “But I really didn’t.”

Kristin’s heart aches for those who seek shelter at the Montana Rescue Mission. They are people, just like people everywhere, except so many haven’t had a fair shake, she says.

“You get a sense for the trauma and brokenness that people have experienced,” she says, her emotions rising close to the surface. She shuns the term “homeless”— refusing to use that as a defining characteristic — and strives to dispel false assumptions. People who rely on the Mission are not lounging around, she adds. Most are employed or are seeking employment.

“Downtown hotels and restaurants are staffed by people who live there,” she says, and then smiles. “Because they have such a tremendous haircut, you might not even know.” 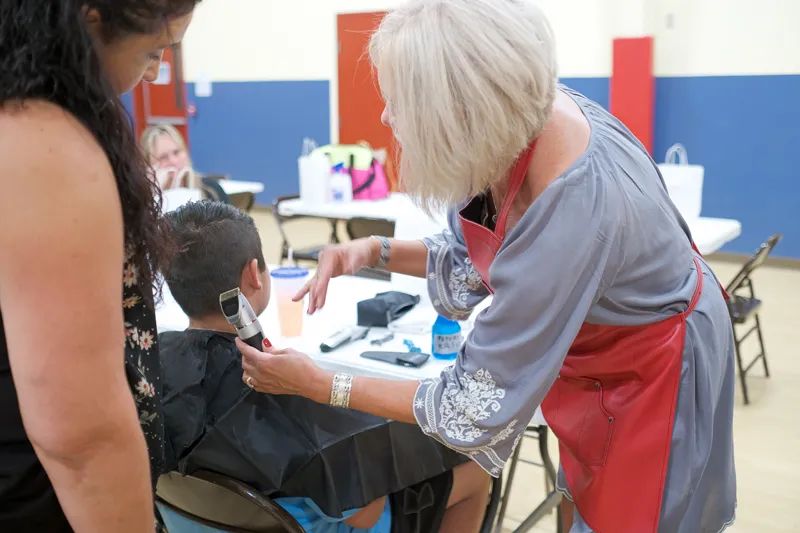 Over time Kristin has gained the trust of her repeat clients. They’re just as apt to share laughs about old TV shows as they are to reveal secrets. Some succumb to the feel-good “Zen moment” of having their hair cut.

“It’s no different than any salon across town,” she says.

And yet, the experience has transformed both Kristin’s perceptions and the lives of her clients. “For people trying to make such profound changes in their lives, I have so much respect and admiration,” she says.

She recalls one man coming in for his first haircut in two years. “Just to see who was under there,” she says, smiling. “It was such a transformation to see him come out neat and tidy and ready for prime time.”

Kristin admits she’s a sucker for “before and after” TV shows and makeovers. “I didn’t realize that would scratch an itch for me, but it really does.”

Taking her clippers and scissors to Tumbleweed has opened another world for Kristin. She gets a kick out of the kids who drop by and the styles they request. 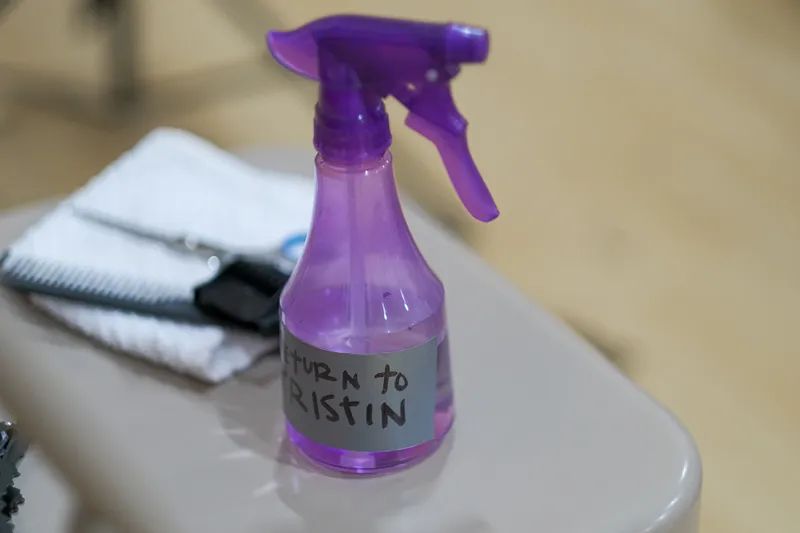 “What I love are there are a lot of edgy haircuts – undercuts, Mohawks, asymmetrical cuts,” she says. “There’s never a dull moment here.”

Whenever the opportunity arises, she encourages her young charges to consider trades like cosmetology.

“So many trades can provide a great living and are so doable,” she says. “I’ve got (cosmetology) classmates now who own their own salons.”

Kristin’s enthusiasm is not only infectious, it’s mutual. Last year she was named Tumbleweed’s Volunteer of the Year.

“It was such a nice surprise,” she says. “It was presented by one of my clients, so it was especially touching.” 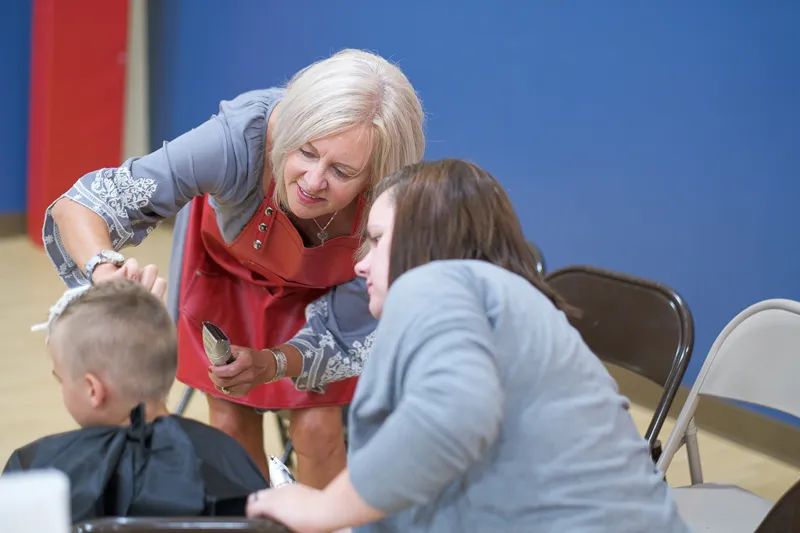 At Friendship House, Kristin reaches entire families. Once a month, she leads parents through step-by-step instruction on how to cut their children’s hair.

“This has been a fun one and the parents are so capable,” she says.

Kristin shines when working with all ages.

“I just like meeting people where they are and connecting with them,” she says. “In the times we’ve been through – Covid and this divisiveness – it comforts me, it gives me hope.” She pauses, and then adds with a grin, “I’m pretty good at cutting hair, but I’m really good at talking to people.”