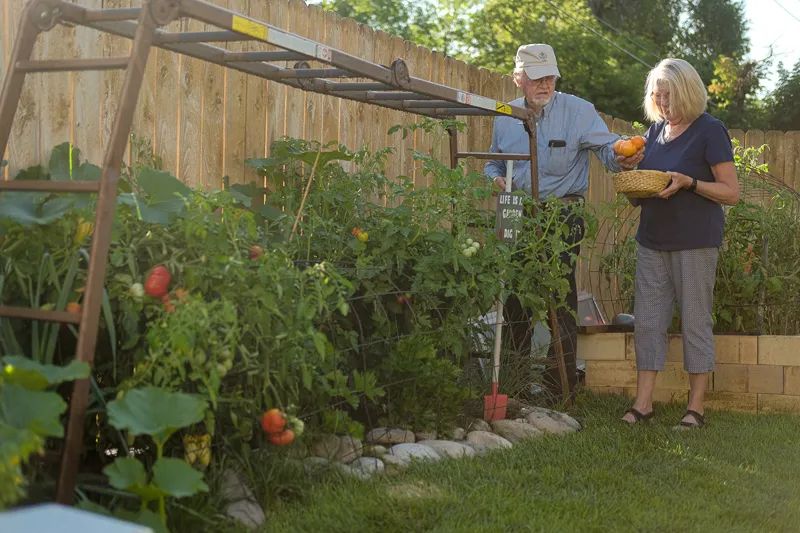 Connie & Wayne Burleson take the art of growing to Africa

Connie and Wayne Burleson have been gardening together for almost 30 years. For many retirees, gardening is a fun hobby, but not for these two. They see it as their mission and call themselves “compost evangelists.”

The couple have been on 21 trips to 10 developing countries where they teach the poorest of the poor how to start and keep a successful garden using compost as a base. Wayne carries instructional “how to make compost” cards in his wallet and the couple are co-authors of a book called “Gardening for Life, No Money Required,” which is based on the techniques Wayne and Connie perfected while teaching gardening in Africa. They also teach free organic gardening techniques in workshops in Billings and the surrounding area.

“For 13 years we’ve been growing in compost only,” Wayne says. “Compost is a whole food factory that’s slow release.” 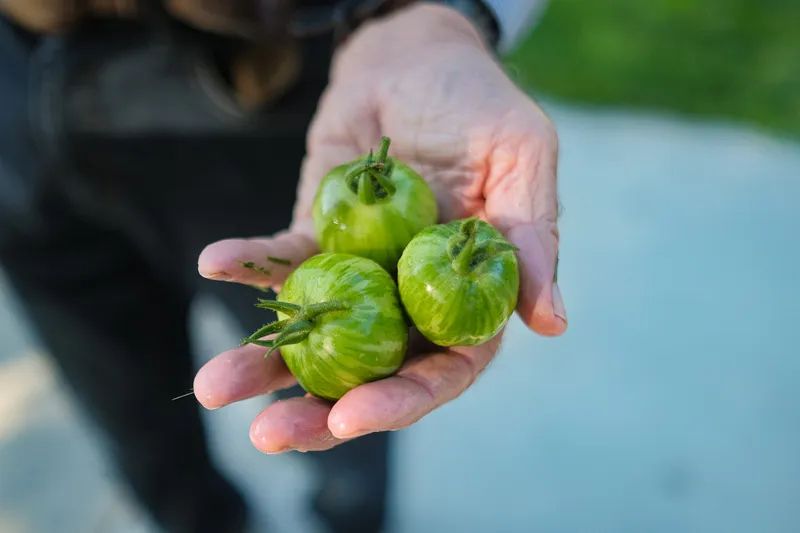 Most of the trips Connie and Wayne have made to developing countries were through the Farmer-to-Farmer Program, a United States Agency for International Development (USAID) program. It’s a volunteer program, and all travel costs, accommodations and related expenses, including interpreters, are paid for by USAID.

In remote villages, Connie and Wayne teach composting techniques while staying with the villagers, sometimes for a month or more. They teach by doing. They get their hands dirty building compost piles everywhere they go. Wayne approaches the men in the village for larger scale growing, while Connie teaches the women how to build and tend small gardens right outside their doors.

Organic gardening is a novel approach for everyone they teach.

“They have everything they need to make compost, and in their heat, it turns fast,” Wayne says.

In Africa, it’s common practice to burn fields after every harvest, which robs the soil of potential nutrients from the plants as they break down. In one illustration, Wayne holds up a dollar bill and a lighter as if to light the bill on fire. Everyone in his workshop will gasp.

“I tell them don’t burn your money,” Wayne says. “Every time you burn your fields, you’re burning money.”

Another barrier that Wayne and Connie help people overcome is the need for fertilizer. In most African countries, farmers spend about 80 percent of their income from their crops on fertilizer, Wayne says. They believe that without fertilizer they can’t grow anything, and with the burning practices they probably can’t.

“We teach them to make their own soil and eliminate the need for fertilizer,” Wayne says.

When they train people, they encourage them to train others, hoping the methods will catch on throughout a village. Connie and Wayne teach seed saving too and encourage them to use wash water on their small kitchen gardens rather than tossing it out. Nothing is wasted, and in time, the villagers can become fully self-sufficient.

Connie and Wayne have been so successful that they’ve been recognized by the Farmer-to-Farmer Program. Wayne received the Volunteer of the Year award in 2017, and while he’s grateful for the recognition, he thinks Connie should have received it too.

Wayne calls Connie the heart of the operation, and whenever possible she goes into the schools and orphanages to help. She even teaches children how to plant seeds.

On their last trip to Rwanda, they were there for three months, long enough to work with the villagers to “go from seed to stomach,” as Wayne puts it.

This particular settlement was made up primarily of young men, barely teenagers, who were survivors of war and genocide. They gravitated toward Connie, who couldn’t help but pour out her heart. At the end of the trip they wept, calling her “mother.” 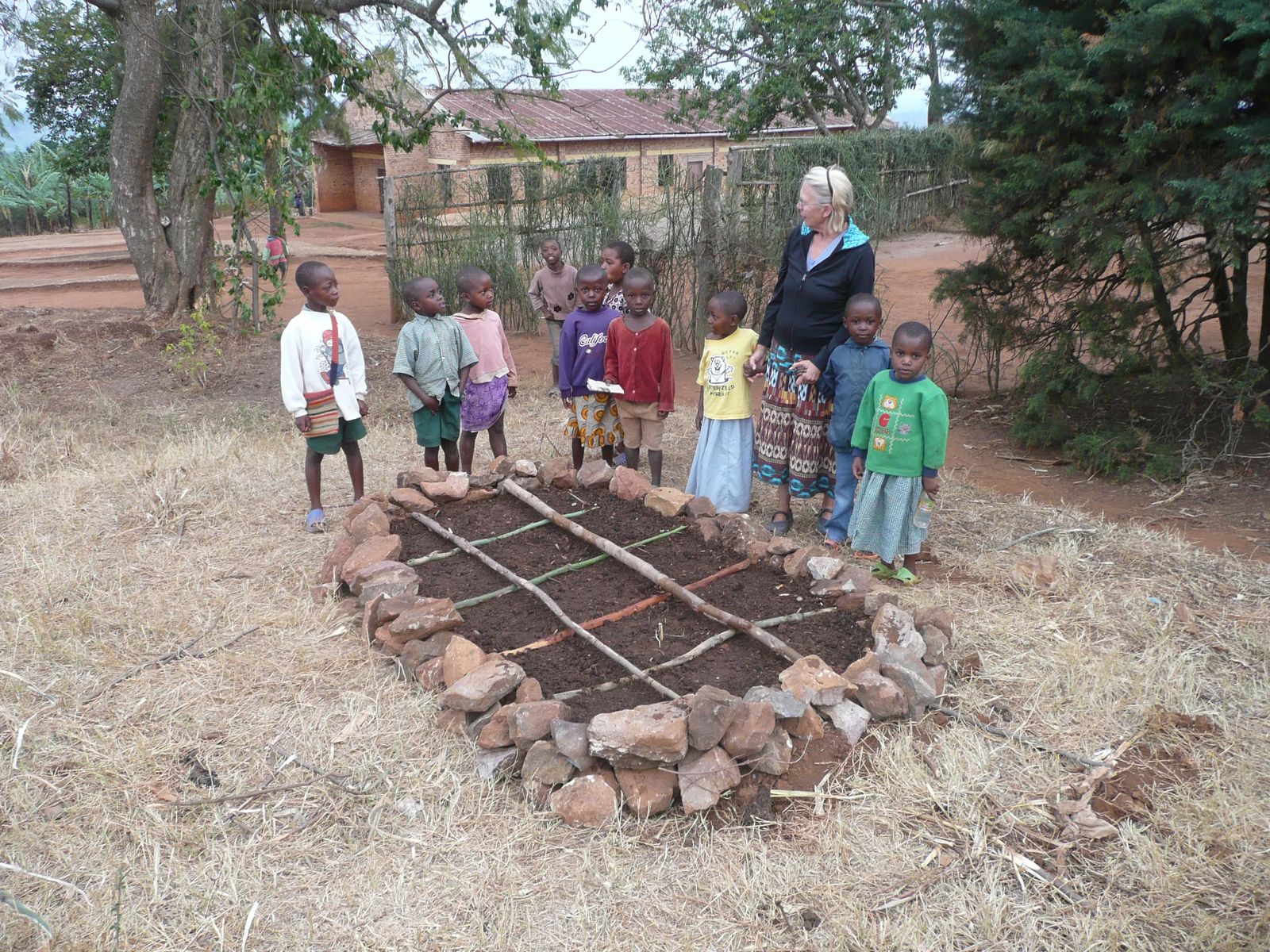 While Connie and Wayne are seeing success now, they didn’t start out that way. Their first trip to Africa for Farmer-to-Farmer was to Wuppertal, South Africa, in 2008. It was what they would both describe as a failure. They weren’t prepared for the poverty they encountered. Connie and Wayne visited what is called an informal settlement outside Cape Town, South Africa. More than a million people lived there, and they were so impoverished that whatever could be grown between the shelters where people lived was stolen because people were so hungry.

“We fell on our faces,” Connie adds. “We had no idea what poverty really was.”

Determined to make a difference, Connie and Wayne returned to Absarokee where they lived and attempted to garden like Africans. They laid out a four-foot by four-foot square plot, loaded it with compost, planted seeds they had on hand and by the end of the season they had grown more than 100 pounds of food.

“We had to learn to do it with no money,” Wayne says.

On their next trip to Africa, they taught the new methods they learned at home with great success.

“You have to adjust to their culture to make it work,” Connie says. 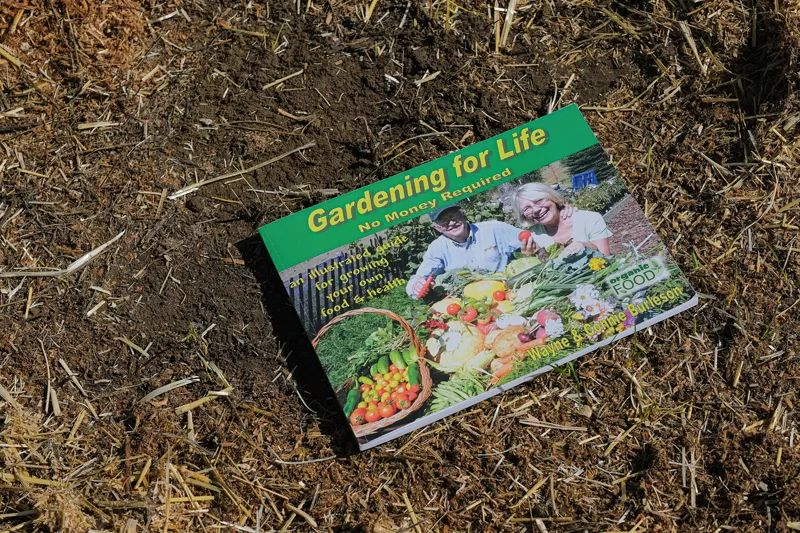 Connie and Wayne moved from Absarokee to Billings about two years ago to be closer to their family. One of the first improvements they made on their new house was to establish a garden. While in Absarokee, they had an extensive garden and made it a practice to grow their own vegetables and greens nine months a year. To do that, they used a variety of innovative coverings. Connie cooks using the produce from their garden year-round.

“Gardening can be a lot of work, but you can’t buy this kind of food. What you buy at the store is nothing like the nutrition from plants you can grow right at home,” Connie says. “I think we’re healthy because we grow our own food.”

In May of 2018, Connie took a very serious fall on the steep hill behind their house. She broke nine bones, including vertebrae in her neck, back, ribs, shoulder and sternum. All summer, 24 hours a day, she wore a halo device to stabilize and protect her neck while it healed.

“We ate every day out of our garden,” Connie says. She attributes good nutrition to her healing.

Connie made a full recovery and has no after-effects from the accident. She and Wayne are in their 70s, and are as spry as any two 50-year-olds. The COVID-19 pandemic has dampened their Farmer-to-Farmer work but as soon as they are cleared to return to Africa, they will be off again, teaching the magical process of composting.

While Connie and Wayne teach organic gardening, they’ve also learned from those they teach. Africans are very resilient, inventive people, and creative problem solvers. They don’t shy away from hard work – even the youngest children help haul water and gather firewood – and, Connie says, they’re grateful for what they have.

TO LEARN MORE, Wayne and Connie Burleson’s book “Gardening for Life – No Money Required – An Illustrated Guide for Growing Your Own Food and Health,” can be found on Amazon.com.