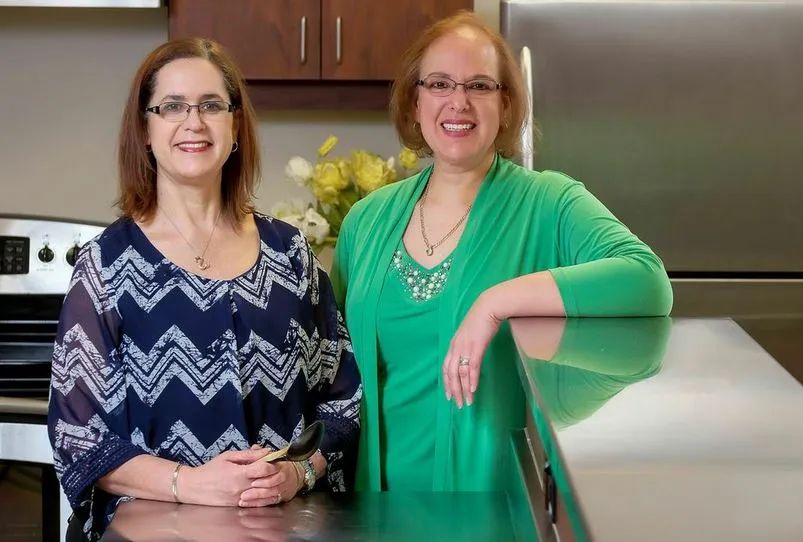 The Science of Obesity

Are some genetically better at battling weight gain?

Family Practice Dr. Jeanne Ortiz and her sister Jeanette Baretto have battled with their weight for as long as they can remember. They’ve tried every fad diet. They’ve counted calories. But year after year, they’ve also watched the number on the scale creep higher and higher.

“We’ve always been fairly healthy eaters,” Jeanne says. “We just kept gaining weight for no real reason. I started noticing this pattern. As we get older, we just keep getting heavier and heavier.” She adds, “Every ten years brought another 15 pounds that I just could not lose.” And when frustrations continued to rise in both of them, “We just kept thinking, ‘Why is this happening to us?’”

It wasn’t until the two started coming to see Dr. Christopher Sorli, an Endocrinologist and Researcher with Billings Clinic, that it all started making sense. It wasn’t willpower that was holding them back. It was their genes. “He told us, this is the way your genetics are set up. Your body is actually working against you.” After a full blood and lipid work up, Jeanne adds, “He started to check all of these things that I never even thought about. That’s when the light bulb clicked on.” 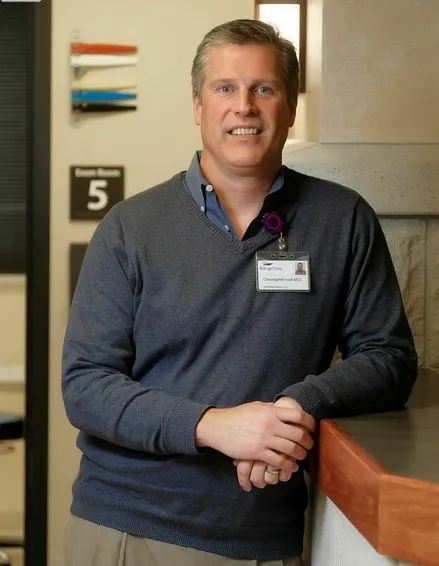 When Dr. Sorli looked at Jeanne Ortiz and her family history, he came to one conclusion — much of her family is genetically built to efficiently store energy. What does that really mean? When calories get low, their bodies tend to hold onto fat stores to help them “survive.” In the days of old when people hunted and gathered for food, Jeanne and Jeanette would have held the supremely sought after genes. Today, in a more sedentary age when food is plentiful, this genetic makeup works against them, leading to an increased risk of Type 2 Diabetes, Coronary Artery Disease, Stroke, high blood pressure and more.

“The complexity of it comes from understanding the hormonal system that regulates this,” Dr. Sorli says. “The guy sitting in my office that’s 600 pounds? He was designed to outcompete everyone 1,000 years ago when his job was to survive in a harsh environment. His system is never happy.”

When a patient walks into his office, Dr. Sorli not only looks at height and weight. He looks at how much sleep that person is getting. Are they vitamin D or B-12 deficient? He checks thyroid and fasting blood sugar levels. He’ll look at testosterone levels in men. “Virtually every person who is gaining weight, two or three of those will be abnormal and by fixing them, I can guarantee you that their weight will start to stabilize because the brain says ‘Oh, thank you. That is much better.’”

Dr. Sorli says, when it comes to weight and more importantly, weight loss, emerging research has shown that it all boils down to the brain.

“Your brain knows over the last month, exactly how many calories you brought in and how much energy you expended to get those calories. If you lose 5% of your weight, these hormonal systems will, over the course of that two to three months, tell your body that something has changed in your environment and that literally, survival is in jeopardy.” It’s a sophisticated system. “There are twenty to thirty different hormones that come from your pancreas, your intestine and your fat cells that are giving your brain information. When they start to signal that something bad is going on, your brain will shut down the metabolism.” And, he adds, many times metabolism will shut down when a person is doing all the right things. Dr. Sorli says, “When someone has successfully lost weight and they hit the plateau, that’s when the hormones have kicked in and the brain is kind of freaking out. The only thing that can sustain weight loss is lots of activity. That will drive other beneficial things.”

While his patients battle the weight, at times Dr. Sorli feels like he’s battling the 7 to 10 billion dollar weight loss industry that prides itself on selling quick weight loss fixes. Dr. Sorli says those that buy into the claims only suffer more in the long run. “After two to three fad diets and an appetite suppressant that they got from Dr. Oz, two or three years later they can eat half the calories that they did before and they can’t even lose weight doing that.” With each low calorie, restrictive diet, that person’s metabolism learns to survive on fewer and fewer calories and in essence, lowers their set point for weight loss. In a nutshell, they eat less and still don’t lose. On top of that, those that reach for the latest diet craze often don’t focus on activity when they hope to lose weight. Dr. Sorli spells it out by saying, “Fifty percent of Americans do zero activity each day. To put it in perspective, the next 24% just go to the mailbox and back. 74% of Americans expend that little of energy every day. That’s trouble.”

The result is 47 million Americans who have some sort of metabolic disorder.

“From a hormone and scientific point of view, what has happened in this field over the last ten years is absolutely fascinating. It’s probably leading every field of medicine in terms of new discoveries.” Dr. Sorli says what research has shown is, “We can never change our genes. If your family tends to be good at storing energy, you are going to battle this your entire life.”

For Dr. Jeanne Ortiz and her family, it’s the truth. After having Dr. Sorli look at all the factors, she now knows that hormonal imbalances and thyroid deficiencies have been the root of her weight issues all along. In addition to watching her sister and her niece suffer, she’s watched two of her three sons battle weight issues as well. Her 12-year-old son is already watching the weight pile on.

While the facts are the facts on why her family faces these struggles, Jeanne says one thing that was put to rest was all the self doubt. “You always think, ‘I am not doing enough. I am not eating right. I am not exercising enough.’ It is a vicious cycle.” As a family physician who now recognizes similar symptoms in some of her patients, she finds herself saying, “You have to understand that your body might be working against you and it is not your fault. It might be time to see your physician and see if your ducks are in a row. How is your vitamin B-12? How is your TSH? Do you have problems with your cholesterol?”

These are all pieces to a very complicated weight loss puzzle Jeanne says. It’s why she is now on the professional track to add Bariatric Medicine to her list of professional credentials. She hopes to help others see what has plagued her and her family for so many years. After all, she’s living proof that there are endocrine therapies that can help stop the weight gain cycle in addition to eating well and getting more active. “Hormones are tricky. Every single person needs a different plan,” Jeanne says. “But there is hope. There are things that can be done.”

WHAT IS METABOLIC SYNDROME?

A perfect storm of risk factors

According to the American Heart Association, 47 million Americans suffer from some sort of metabolic disorder. That boils down to one out of every six of us. It’s not a disease. It’s a group of risk factors. When these risk factors add up, they create a perfect storm for a decline in health. Not only does it set the stage for heart disease, which can lead to heart attacks and strokes, these risk factors increase your risk of Type 2 Diabetes by as much as five times. The good news is, many of these factors can decline or even be wiped away with positive lifestyle changes. 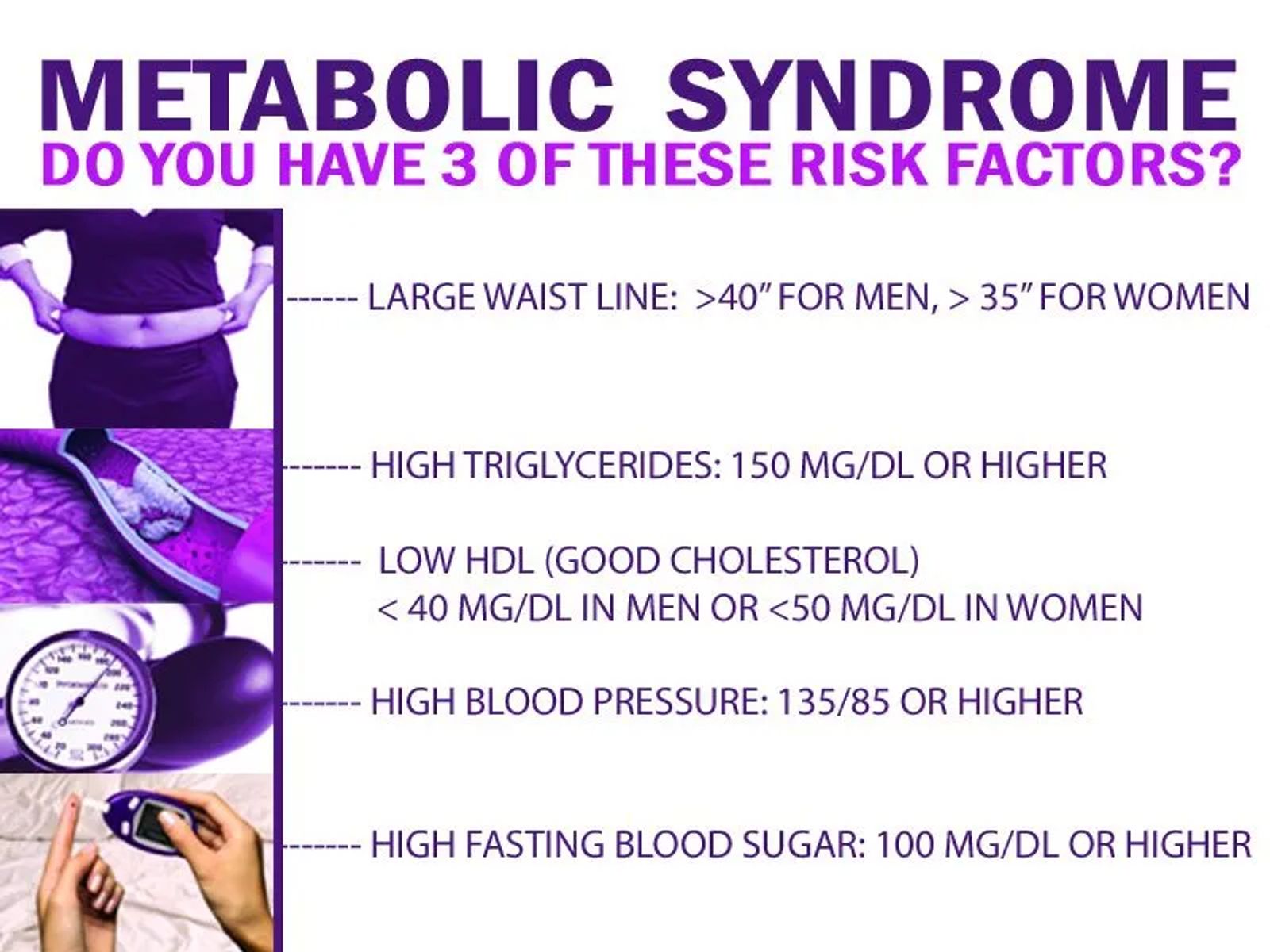