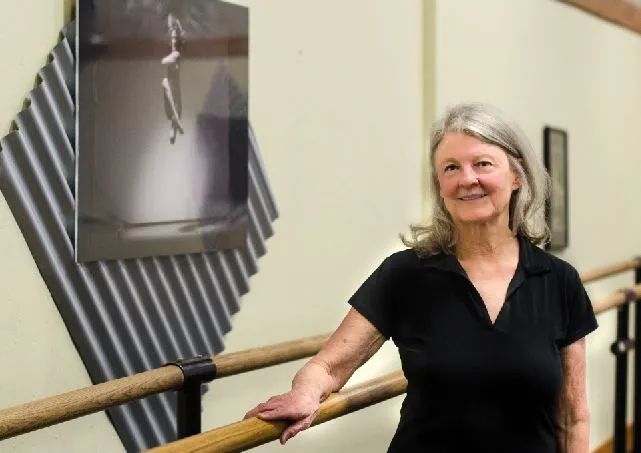 A Beautiful Life of Dance

Betty Loos sets the barre high for the next generation

The lure of ballet is undeniable. Beautiful young dancers in leotards and frothy skirts glide across the stage in silky smooth choreography. Ballerinas bend, stretch and twirl on point with what appears to be effortless athleticism. Millions of little girls grow up dreaming to take center stage in a spectacular production.  Betty Loos was one of those little girls. At 73 years old, she is a performer gone full circle, from student to teacher, experiencing the alternating unglamorous and beautiful life of dance. For her talent, love of the arts, and decades of investing in the arts in the Billings Community, most of her students, both past and present, will tell you, Betty is a true treasure. She’s one who’s devoted her life to not only bringing out the best in her dancers, but instilling values that have carried her students far into adulthood.

The love of dance took up residence in Betty’s soul at a young age. She remembers growing up in Laurel, Montana, gathering her brother and sister and the neighborhood children. They would set up a stage and put on “shows.” At eight years old, Betty saw an advertisement for dance classes and signed herself up. Through classes at the Laurel Elks Club, she experienced tap dance, baton twirling, and even hula before focusing on ballet in her early teen years. She still holds on to some of the costumes that her mother hand made for her performances.

“I love the movement and the music,” Betty admits. “The music is so important to me.” Over the years, Betty refined her ballet skills dancing with various teachers including Ildiko Perjessy, a Hungarian refugee brought to Billings by a church group. Despite coming from a relatively small community, Betty was talented enough to be able to dance her way through a degree at the University of Utah, one of the few in the western United States that offered a dance program. She danced for the University along with some smaller companies and with the Utah Ballet. 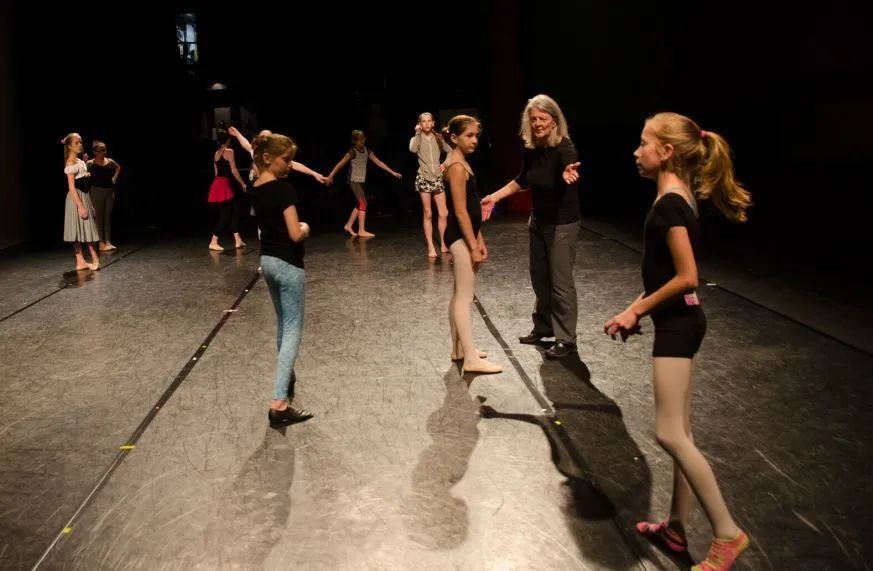 After returning to Billings in 1964, Betty stretched her body from being a performer to being an instructor simply because, as she says, it was “a way to be involved in dance.” Without performance venues here, she began dabbling in choreography for West High School, Billings Studio Theater and also Eastern Montana College during its summer theater program. One of her favorite projects was “Ballet on the Prairie” started by Sue West. The small company took the professional dancers to rural communities in Montana and Wyoming so those in smaller towns could witness this lovely art.

One of Betty’s early inspirations was the famed Russian prima ballerina Anna Pavlovna, of the late 19th and the early 20th centuries.  Pavlovna was a remarkable dancer who took her career into a “second act,” creating her own company which traveled worldwide.  While Betty, soft spoken and very private, does not see herself as an inspiration, through her teaching and patient advocacy for the arts she has been no less inspiring to this community than Pavlovna was to hers.

In 1970, Betty partnered with friend and former dance classmate Jana Stockton to establish the School of Classical Ballet, at the YWCA, where it was housed until last year. “It took some time for us to grow the studio from 25 students to a point where it could support us,” says Betty. Many years went by before it could become a sustainable occupation, but they slowly grew the studio to become the premier ballet studio in the area.

Over the years, students from the School of Classical Ballet have danced in companies across the United States and Canada, including the Royal Winnipeg Ballet, National Ballet of Canada, Eugene Ballet, Sacramento Ballet, and the Pacific Northwest Ballet among many others.  Some of Betty’s students have taken her instruction, only to later become teachers themselves. With quiet pride, Betty also lists students who have been able to apply their dance skills to careers in mental and physical health. She fondly remembers each and every one by name and talent.

While she knows not every student will not go on to use dance as a profession, Betty aspires to “give them the best training I can. I want to give them a good enough background so they are able to go and dance anywhere they want to with a good foundation.” Most of all, she says she wants students to love performing as she clearly does. Decades of students have been trained by Betty at the very same barre she once practiced on.

Nikki Trerise White, a former student of SCB is now a professional dancer, teacher, and choreographer in Los Angeles.  She is also the author of a children’s book “Prima the Ballerina.” Nikki and her husband, Ethan, are the talent of White Tree Fine Art, who, among their other accomplishments, placed among the top three in the CBS hit show “So You Think You Can Dance.”  At Betty’s invitation, Nikki also teaches workshops for the School of Classical Ballet. “To be asked to be a teacher, by your teacher is such an honor. It’s such a confidence booster. Betty has always been so supportive of my career and gave me my first opportunities as a teacher.”  White says now that she is teaching she sees how skilled Betty is.  “She knows her students and pays attention to every detail.  You can tell how much thought and care she puts into everything that she teaches before she steps into the studio.”

Former student Katie Conrad echoes the sentiments of many of Betty’s students when she says, “Betty has always been incredibly kind and supportive towards me. She has provided me with so many opportunities to grow as a dancer and artist. Through dance, I learned life lessons about self-discipline and respect for myself and others. I wouldn't be where I am today without her.” Conrad currently studies and dances at University of Montana. Former student and a teacher at SCB, Krista Pasini adds, “Had I not had dance in my life, I'm not sure how my world would be today. Betty and the craft of ballet held me accountable to those I danced with and for and helped me physicalize the tensions my angsty teen years.” 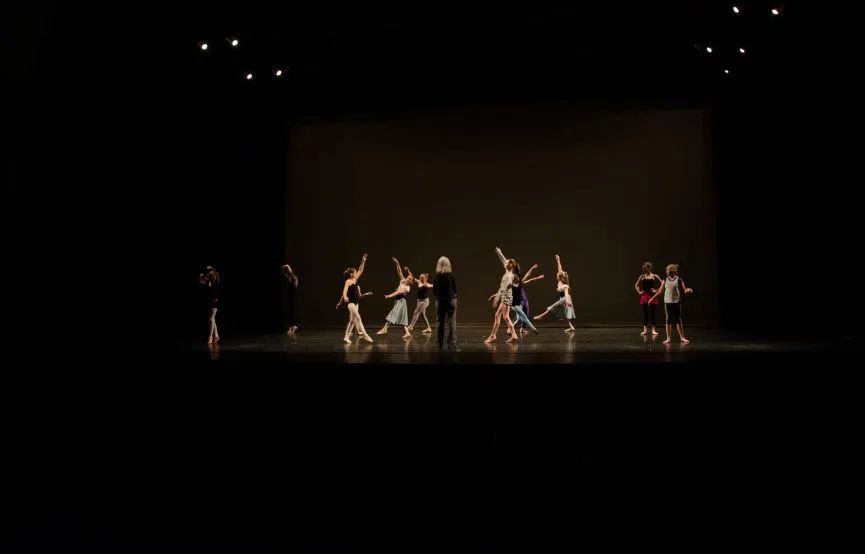 The School of Classical Ballet is housed at Montana Dance center. MDC’s owner and SCB teacher, Julia Marble has grown to deeply respect this woman who’s given so much to the art. “Betty has gone out of her way to help students. She has written more college recommendation letters than you can imagine and has even investigated schools for students wishing to go on in dance. She has a huge heart and just wants to create beautiful dance.”

While she is a seasoned and talented technical ballet teacher, Betty has not rested on her skills. To the admiration of her peers, almost every summer Betty takes classes herself to be able to bring back fresh ideas to sharpen the skills of her students. Betty’s former business partner of almost 40 years Jana Stockton says, “Her students get her all. They get preference over everything else. They are very lucky to have her.” Jana tells stories of Betty giving sacrificially to her students, even once paying for a student’s pointe shoes when they were unable to.

Today, Betty enjoys summers off and dearly loves spending time with her grandchildren. As to how much longer she will teach, Betty simply responds, “One more year.” She is quick to add, “I love watching young dancers grow as dancers and into lovely young women and men!” She celebrates every student and enjoys watching each one step solidly and gracefully into his or her future. It’s clear that every season that this talented artisan continues to bless the community through the School of Classical Ballet, she only adds more depth to a solid legacy of beauty.