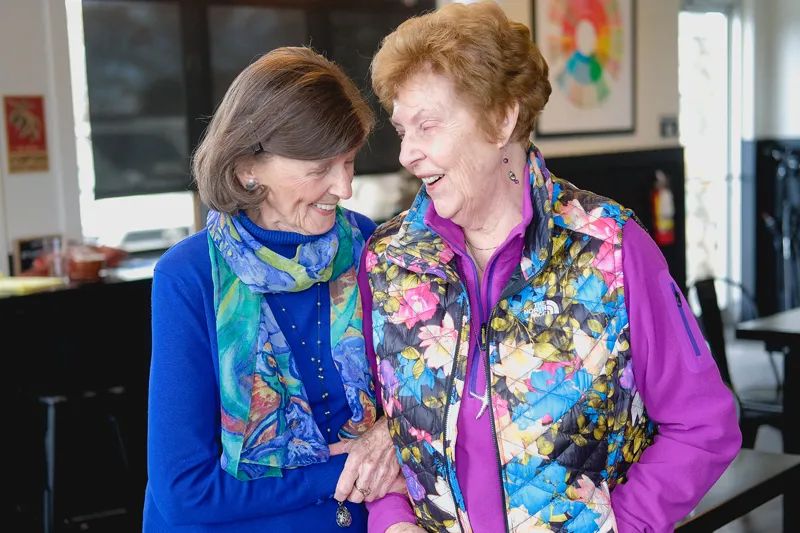 A Friendship to Last a Lifetime

Experts say that if you have a friendship that’s lasted longer than seven years, there is a good chance it will last a lifetime. Forever friends are a rare gem. They are few and far between. They are priceless when they last.

“Having the right friends is critical for your well-being,” says Bobbi Blain, LCPC, of Bobbi Blain Leadership Coaching and Counseling. “We are inherently wired for social and emotional connection.” Blain says these ties stand the test of time when two people have a mutual desire to understand each other.

“Good friends overlook each other’s failures and celebrate each other’s successes,” he says. “They give one another perspective and reassurance in decisions and, if need be, clarity of mind.  At the same time, they have fun together and create meaning and experience with one another.”

There is no doubt that Jan Hoefle and Luci Scott fit the description of lifelong friends. They enjoy each other’s company. You can see it in their eyes. You can hear it in their laughter and witness it in the way they touch. 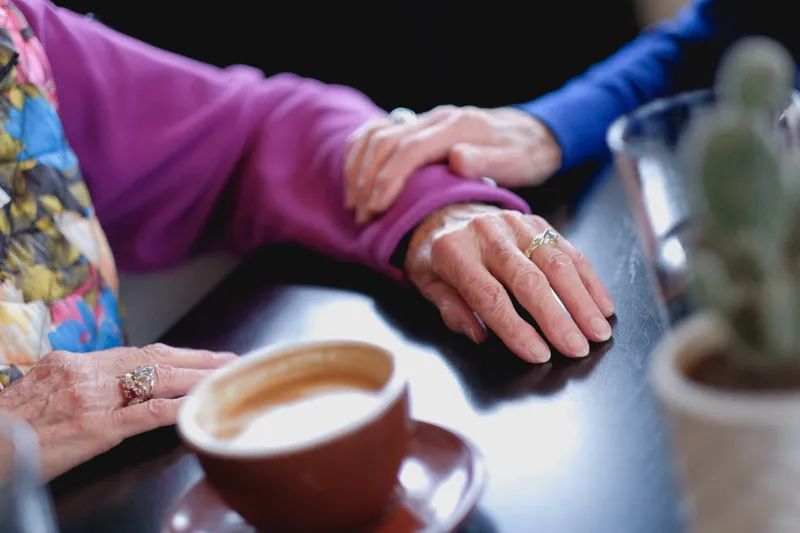 The two have a lot in common, which contributes greatly to their tight relationship, which began in their early 20s when both worked at Shell Oil in Casper, Wyoming.

“We had so much fun back then,” Jan says. “There was a whole group of us that hung out together outside of work. Luci and I went to Natrona High School. She graduated a couple of years before me, so we didn’t really become friends until we worked together. From the beginning, our friendship just seemed to click!”

In that group of Shell employees were two young men, also friends, who would eventually become their husbands. Ultimately, they would all find themselves moving to Billings, where the two women would continue their friendship for the next six and a half decades.  Luci and her husband, Bob, married first, and two years later they stood up for Jan and her husband, Dick.  As newlyweds, the four became fast friends.

“We were flat broke,” Luci says. “We lived in a tiny little apartment. So, every possible weekend, we grabbed Jan and Dick and took off.” One of their favorite adventures was fishing, which they did quite often.

“Luci saved my life one time,” Jan says as she picks up the story, “The guys were occupied, and Luci and I were fishing the Madison River. We had waders on and were trying to cross the river. I slipped in a hole and went down, my waders filled up and I thought I was a goner. But suddenly, I felt myself being pulled up. Luci had grabbed hold of my hair and jerked me right out of the water! I don’t know where her strength came from.  But I always told her after that, well you had your chance to get rid of me and you didn’t!” 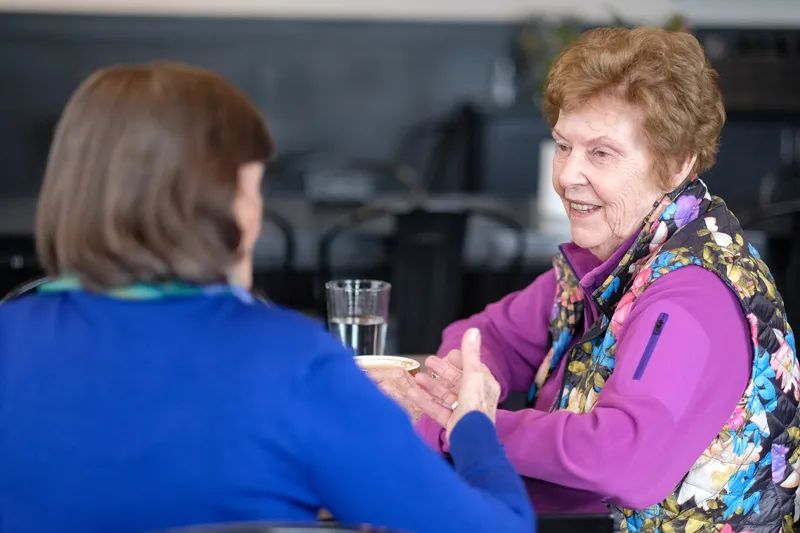 The two laugh conspiratorially and don’t elaborate further. Suffice it to say, the decades of memories are fondly held by both ladies.

“That’s a lot of people to concern yourself over,” Jan says, “And one of the things I’ve always cherished about Luci’s friendship was helping each other to carry the weight of worries that we had over our families over the years. Luci has always been a safe person for me to confide in.” She adds, “She’s incredibly warm, non-judgmental, quick to listen, helpful, and just a beautiful person inside and out.”

“Jan is one of the most generous people I know,” Luci says. “She’d give you the coat off her back and then her shirt too! She’s kind and caring and always has a positive attitude.”

For decades, as friends, they raised their families, contributed to the community, became grandmothers, great-grandmothers and ultimately widows.

“It’s hard to believe that we’ve known each other that long,” Luci says, “We’ve been through a lot together. We both had a large circle of friends here in Billings, but after all these years, it’s just the two of us still standing.” Her voice quiets as she glances over at her friend. They both tear up as they reflect on the friends they’ve lost over the years. 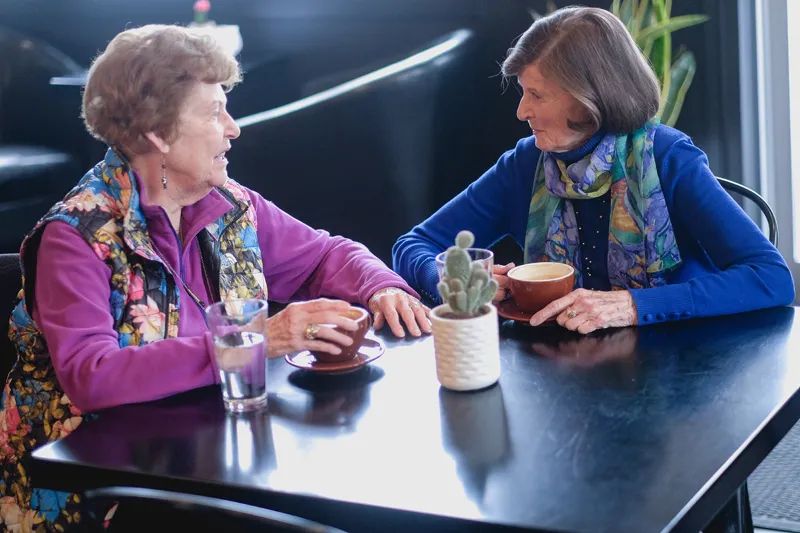 “I like beginnings better than endings,” Luci continues. “It’s hard to go it alone. At my age of 90, my friend’s kids are becoming my friends because their parents are all gone.” But she quickly adds that she has no regrets. “We lived in a great era. There is so much anxiety today with all kinds of data coming at you all the time.  It’s so overstimulating. People are quick to give their opinions and everyone wears their emotions on their sleeves. My mother used to say, ‘If you can’t say something nice, don’t say anything at all.’ I think that rule would go a long way today.”

“I worry about the younger generation,” Jan, 88, says. “It’s much more difficult today than it was when we were young and when we were raising kids.”

In a day when technology and social media have replaced much of the face-to-face friendships, Jan and Luci are quick to say that good friendships are intentional. “There’s something about seeing your friend in person,” Jan explained. “You can’t read their emotion in print as well as you can by looking in their eyes.”

Both women have Facebook accounts and cell phones, but they claim they use them mostly to keep track of the younger generation, not to replace time with them.

These days find the ladies doing more reflecting than looking ahead.

“I think about my life and I have no regrets,” Jan says, “We married good men and we’re proud of our families. We were able to do a lot of things and we enjoyed life.”

Luci smiles, nods and says, “My advice to others is to take care of your friendships. Be there for each other. Have no regrets, always stay positive and never drink on an empty stomach!”

She and Jan exchange another smile, another understanding and another memory that just the two of them share.