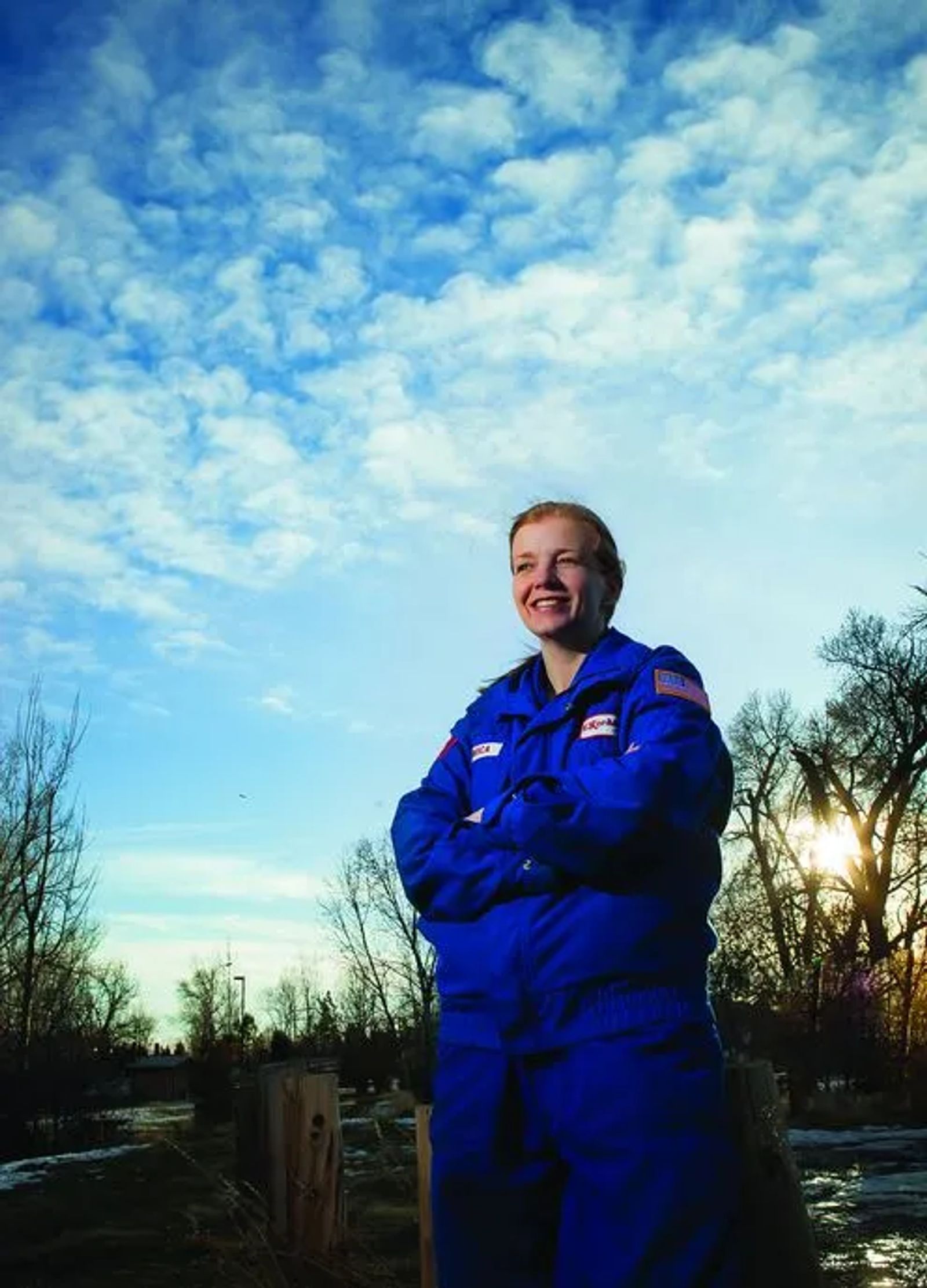 In Billings' bustling business of oil production, it takes a lot to pump thousands of barrels of crude oil through to manufacture the gasoline and diesel oil we depend on each day. There's a lot that has to go right. Take ExxonMobil. There, engineers and technicians make thousands of decisions each day to oversee 60,000 barrels of crude oil production. Roughly 300 workers and contractors help get the job done. And at the helm in Billings sits one of only two female refinery managers currently working in the ExxonMobil circuit. Monica Mainland confidently takes on the challenge, day after day.

This highly successful chemical engineer turned refinery manager is also a wife and mother. Away from the office, she and her husband, Todd Fisher, jointly raise their three adorable children — all under the age of seven — take part in community activities, and each enjoy a handful of hobbies. Monica is a passionate advocate of science education. And if that wasn't enough, did we mention she's a self-taught cake baker extraordinaire?

Some women really appear to have it all, and by all appearances, Monica is no exception. She admits it can be a bit of a juggling act.

“Both home life and work life are busy, but all mothers, wives, and working women face similar challenges,” Monica says.

You could say Monica came by her love of science naturally. Growing up in Canada, her mom was a registered nurse, and her dad was a chemical engineer for Exxon. She always thought she would become a doctor, but with a little encouragement from her mom, she enrolled in some undergraduate engineering courses while attending Queens University in Kingston, Ontario. Through summer jobs and internships, she began to follow in her father's footsteps, graduating with a degree in chemical engineering.

She landed her career with Exxon in 1996 at the Imperial Oil Nanticoke Refinery in southwestern Ontario. Since then, Monica, Todd, and family have moved every couple of years, all over the United States and Canada, climbing another rung of the ExxonMobil corporate ladder with every move. It’s a job that requires an understanding of the global energy picture, knowledge of a competitive business landscape, and an appreciation for interpersonal relationships.

Being a woman leader in a highly technical field dominated by men has gotten Monica noticed. She now hopes to use what she has learned to help other young women find similar paths in engineering and other sciences. When she was enrolled in engineering, she estimates that just 30 percent of the students were women.

“There are so many options with an engineering degree,” Monica says. “Many students think engineering, not unlike the other math and science disciplines, is hard or uninteresting, and these opinions are formed early.”

That's why Monica believes it's critical to get more students interested in STEM, also known as science, technology, engineering and math. Without more of a focus, she says, the United States will continue to lag. Right now, compared to the rest of the industrialized world, the United States currently ranks 31st in math, 24th in science, and 21st in reading.

“We need to be able to compete on a global level,” Monica says. “As a mom I want my children to get the best possible education. As an employer I want to be able to hire the best talent in the world.”

She says our job is to encourage young people, especially young girls, by showing them that science and technology are cool and an integral part of our everyday lives. After all, where do they think their tablets and iPhones come from?

ExxonMobil shares her passion for education, providing support and encouragement for lunch-and-learn programs in Billings’ schools and expertise on workforce and education-related initiatives, reiterating the importance of STEM-related education every step of the way.

“There are so many neat jobs! It’s disappointing that many kids get turned off to math and science at such an early age,” she says.

Girl Power and the Secret to Success in the Workplace

According to Catalyst, a nonprofit organization with a mission to expand opportunities for women, women currently hold 4.2 percent of Fortune 500 CEO positions, and 4.5 percent of Fortune 1000 CEO positions. General Motors recently named Detroit native Mary Barra as its first woman CEO. Many companies are recognizing the positive impact strong women leaders can have on their organizations.

“I believe in making a difference. I always want to leave a job better than I found it,” Monica says. “It is also helpful to have a strong and engaged team that is headed in the same direction.”

She says the Billings refinery team—260 full-time employees and a committed leadership team—is an asset to the business, and is one of the main reasons she has loved being in Billings.

She realizes she will more than likely have to move on at some point, but she and Todd are living life to the fullest in the meantime. She likens the experience to an extended vacation — they make a bucket list every time they move. She advises creating a “permanent home” everywhere you go.

“Paint the walls, hang some pictures…this is just the cost of doing business. Home is where you are,” Monica says. 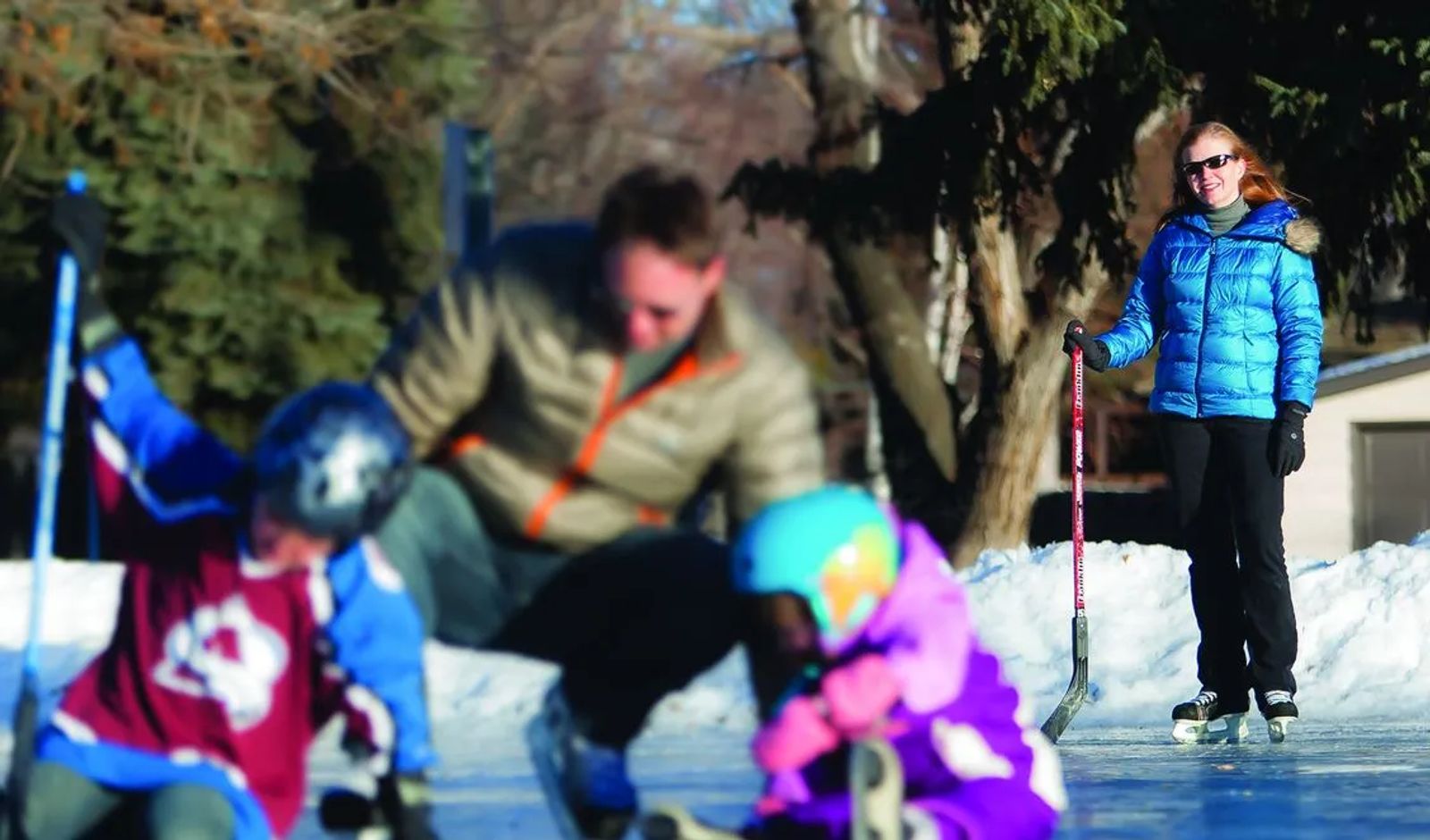 Making it All Work

One of the reasons why Monica's family life "works" is because Todd stays home with their three kids. Monica says he is why her success has been possible. Todd is a pharmacist, so he, too, is able to move his career when Exxon relocates the family.

“We’re a team. It’s about picking what’s important,” she says. “You can’t pick everything, or you will never get 100 percent.”

In her free time (which shrinks by the day), Monica enjoys baking, cooking, and crafts like crocheting and knitting. She has always felt that she can make things better than she can buy them, and she is a big advocate of “simpler, better tasting, healthier food.” She is also a bit of a cake connoisseur, although she admits she makes them like an engineer.

“It’s less about the fancy icing and more about the structure,” she explains.

Armed with only a butter knife in hand, she has iced her way through many a birthday cake, including a John Deere cake, a Thomas the Tank Engine cake, and even a Titanic cake. The cake making began with Kenneth’s first birthday: a teddy bear. And she hasn’t purchased a store bought cake since. She hasn’t decided what kind of cake she is going to make for Graeme’s first birthday party just yet. Carrot cake with cream cheese icing is a household favorite.

Giving It Her All

Monica says the hardest part about being both a career woman and a mom is giving 100 percent in both places.

“After a long day at work, it can be tough to come home and turn it on, but you have to — your kids only have one mom,” Monica says. “The payoff to all the sleepless nights is watching your children develop into awesome little people.”

While Monica holds down the fort at the refinery, she jokes, "Todd gets to enjoy early, temporary retirement." In between caring for the kids, he's even gotten to take flying lessons. Still, Monica feels extremely lucky. She has a job she loves with great people she enjoys in a town she's come to adore.