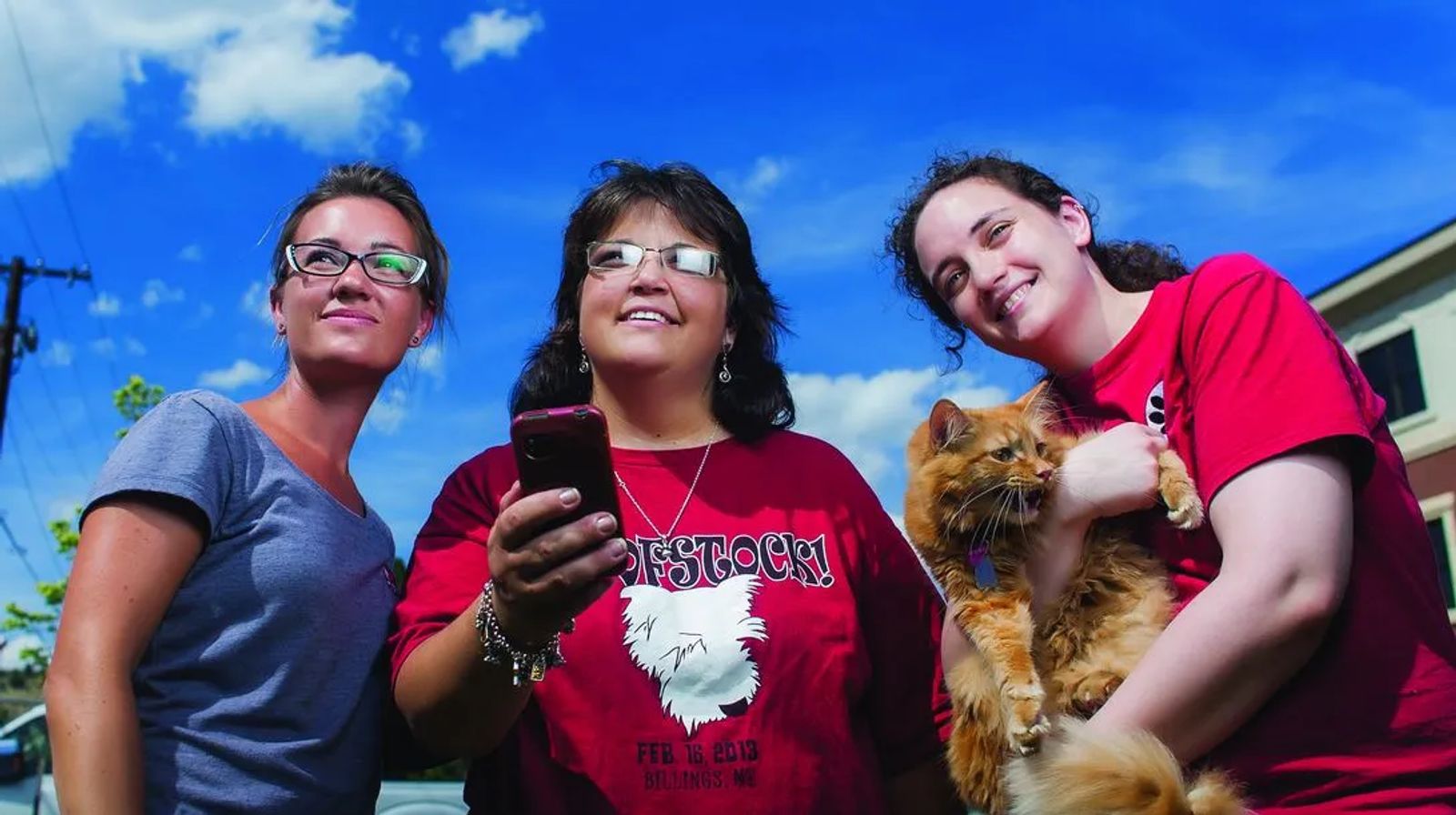 "Cache"ing In with your Family!

Kari Longshore could be seen as the ultimate multi-tasker. When a restaurant hostess tells her that her table will be ready for dinner in 20 minutes, she sees the wait as an opportunity instead of an inconvenience. With a few touches on her smart phone and some GPS coordinates, she's got an eye on the closet neighborhood "cache". Translation, a small hidden treasure that is just waiting to be found.

"We were waiting on a table at the Bull Mountain Grille. I got on my phone and we found a cache that was a quarter of a mile away. I said, 'Hey guys, do you want to go look for this?' and we did!" And so, with her fellow treasure seekers – husband, Steve, her mom Rosemary and her dad Phil – they were off. Kari laughs as she says, "We found it and got back in time!"

In Kari's mind, her love of geocaching is all about the thrill of the hunt.

How do you play along in this real-world outdoor treasure hunt? All you need is a Global Positioning System, a.k.a. GPS, and a sense of adventure. Websites or smart phone apps like Geocaching.com can lead you in the right direction and even the app professes that "with 1.75 million geocaching adventures around the world, there's likely one near you right now!" Simply log on to the app, use your coordinates and the app will generate nearby geocaching sites. All are graded by difficulty and the terrain. Some are simple one-step finds using a single set of coordinates. Others rely on intellect and a series of clues based on different locations' coordinates to help you home in ultimately on the cache site and find the cache container hidden at that location.

How do you know you've found the site? "You just kind of look for something that doesn't really look right, like a pile of rocks or a pile of bark," Kari says about finding your cache. "Usually when you walk up you can say, Oh, it's right there. You can just tell." Once you find the site, look into the cache container. Some caches have items hidden within the containers. The geocaching rule is: If you take the item, you need to leave something of greater or equal value. Sign the log, hit the "found it" button on the geocaching.com app and it automatically logs your find for you and keeps a tally of your overall count.

In the 2 years that Kari and Steve have been tagging treasures, they've logged 526 geocaches from here west to Seattle and east to Washington D.C. No place is off limits. In fact, new cities bring a whole new world of adventures just waiting to be uncovered, literally.

"When I went to Washington, DC, I logged eight virtual caches." What's a virtual cache? It's a series of clues based on GPS coordinates that, when solved, leads you to the ultimate destination. There's no physical cache, but the hunt is still the same. Kari says, "I had to stand on the steps of the Lincoln Memorial, take a picture of the reflecting pool and answer the questions that I could only get off of the Lincoln Memorial. Then, I could log it. It's pretty cool."

Kari is so hooked that emblazoned on the back window of her SUV is a giant sticker that reads "I'd rather be geocaching."

It probably comes as no surprise that Kari's addiction is a wee bit contagious. She's shared her passion with some of her co-workers and it wasn't long before the entire team was heading for the hills on treasure hunting excursions. 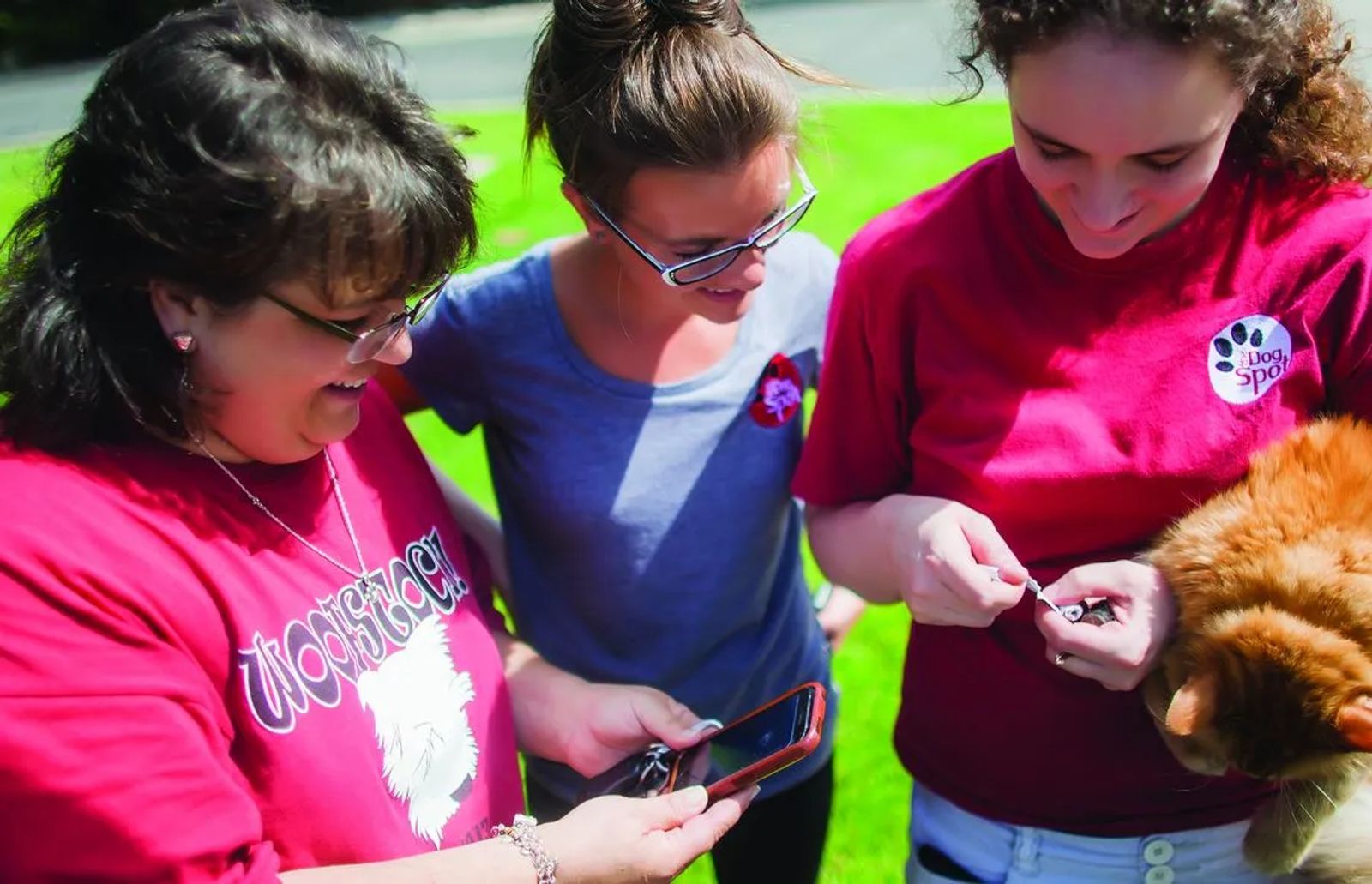 "Did you tell her about the time we ended up in the guy's yard?" Tori Unterseher says with a laugh. As co-worker Clare Petit smiles, Tori says, "We were out geocaching in the Heights and it brought us to this house and the guy had a whole bunch of rocks in his front yard. And so, we are out there digging in his rocks. There was a bug trap thing and I said, 'Maybe it is in there!'" Clare continues, "We opened it and there were all these dead spiders in it." Tori says as they kept on hunting,"We were there 15 minutes and finally the guy came out his front door and he's like, 'Can I help you guys with something?' And we said, 'Don't you have a geocache here?' and he said, ‘A what?’ And we said, 'Never mind! We're out of here!'"

Clare, Tori, Kari and Allison Egan have tackled all kinds of finds and faced some challenges along the way. They've been surrounded by bats. They've been attacked by Japanese beetles. They've scaled rocks at Four Dances State Park. They've even looked for caches in the middle of a cemetery. Clare says, "The one in the cemetery? That was a fun one. I thought it was going to be in one of those flower holes. There were people driving by looking at us!" Clare adds there are plenty of ingenious ways to hide a cache. "We found one in a fake sprinkler head once."

If you think you need to be an outdoorsy kind of person walking over rugged terrain to find area geocache sites, think again. There are caches known as "park and grabs," which are usually wheelchair accessible. Kari explains, "They are ones that you can get out of your car, walk 20 feet, sign the log and then get back in your car."

There are also caches known as trackables, some of which have missions. Based on the mission you can take the item and plant it at another cache site. Kari created a trackable in honor of her beloved dog Nalla. It's a little stuffed animal and the only rule is to plant the trackable at dog related sites. As the trackable is found and moved, the geocacher logs the number on the trackable tag telling Kari just where her cache has been planted.

There are even educational caches that are perfect for the whole family. Kari points to a map of downtown Billings as she says, "PB's Cache is a multi-cache that goes around downtown and it takes you to each of the historical places that P.B. Moss established. It would be fun to do with your kids. It's about a two mile walk downtown."

No matter what type of cache Kari and her co-workers or husband are on the hunt for, one of the elusive hunts is for the FTF, or "First To Find." Sometimes those that create the cache leave a little prize for that first finder. Kari laughs as she says, "I get a text on my phone when a new cache has been placed. We've gone out at 9:30 or 10:00 at night before and blasted just to get that FTF or first to find."

If she's not the first to bag the cache, it doesn't matter. She says she's met people she would likely have never met before. And, then, there's always the thrill of the hunt that keeps her and her friends going. She says, "The hunt and just how stealthy you have to be. You kind of have to sneak around and not let anybody know what you are up to." She knows it's addicting and that's why she grins and says, "It's a whole cult!" 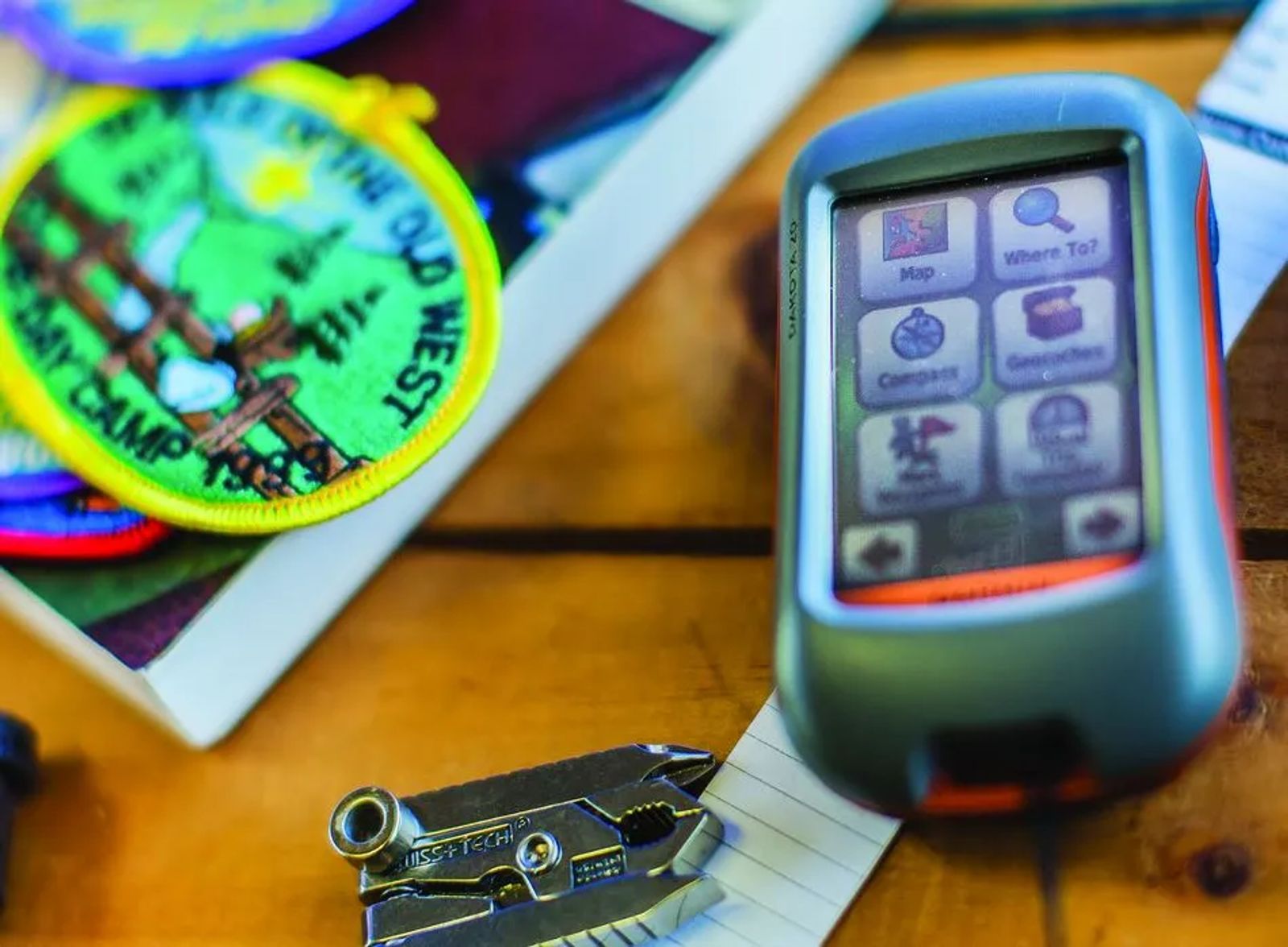 Geocaching Tool Box:
What to bring with you on your high tech treasure hunt

Garbage Bag (it's a geocacher's rule to CITA, which means Cache In, Trash Out)

Silica Gels - if a cache log is wet, you can sprinkle a few inside the container to dry it out

Gloves -  just in case you need to dig through dense brush

Extra cache logs - in case the one you find is full

Log onto Geocaching.com for anything and everything you would ever want to know about geocaching and how to get started hunting for your first cache.