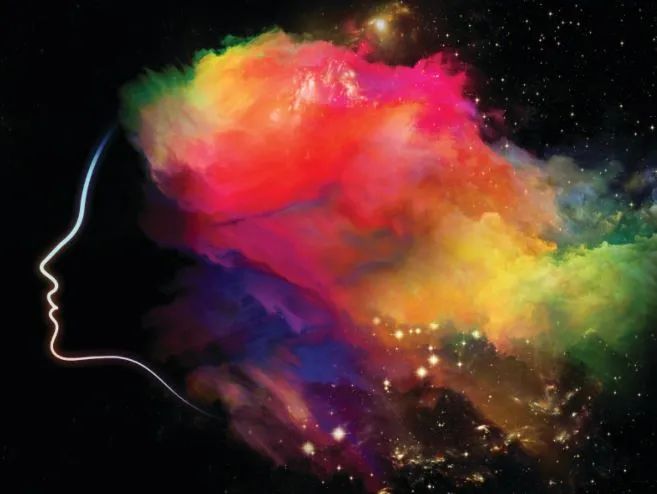 Can you Retrain your Brain?

As you work and go about your day, do you ever stop to consider what’s going on in your body’s own command center? You have 100 billion neurons in your brain, give or take, with 100 trillion connections. Trillions of synapses communicate through an electrochemical process, releasing neurotransmitters to the body. These chemical messengers play a major role in shaping everyday behaviors, thoughts, and reactions, and entrench the body in patterns of behavior.

DON’T GET STUCK IN A BRAIN RUT

As we get older, we are still learning. Our brain is still finding ways to connect those trillions of synapses. The paths are just deeper. The connections are more entrenched. This is where neuroplasticity comes in handy: the ability of the brain to form and reorganize synaptic connections. Basically, retraining the brain.

Let’s say you have a behavior that is no longer serving you. This can be a negative thought about yourself, an unhealthy or harmful habit, or even a hasty reaction based on something someone says. This feeling has well-worn ‘neuro-carpeting’ in the brain. You’d like to respond differently, but your first reaction comes from this deeply entrenched path. Every time you experience that stimulus, those synaptic connections are going to trigger an emotion. You might be completely unaware that this is happening, but you’ll experience perhaps a quickening of the heart rate, a surge of depression, loss of self-esteem, or feelings of shame dug from those deep trenches in the brain.

Pair that with the brain’s desire to be efficient, often diverting to the limbic system to make reactive decisions, and you’ll find yourself stuck in a brain rut.

“The exciting news about neuroplasticity is that when we consciously decide to see where that entrenchment lies, we can then change it,” says Danielle Phillips-Dorsett, ND, a naturopathic resident in family medicine and oncology at the Yellowstone Naturopathic Clinic.  “Just like those entrenchments are formed because of resistive stimulants, through stimulus of positive or new ways of thinking, you can entrench those positive synaptic signals.” Translation: through the power of positive and focused thinking, you can, in essence, retrain your brain.

GET OUT OF YOUR ROUTINE

Perhaps the most difficult part of this change is moving the brain away from its routine and trying instead to rebalance naturally occurring brain chemicals linked to our emotional wellbeing. The limbic system is the primary area of the brain that deals with memory, stress and emotion.  You could liken this part of the brain to a reward center, helping to train the brain in those things necessary for self-preservation.

Our thoughts and feelings are, in part, made through the neurotransmitters of the limbic system. The neurotransmitter serotonin provides feelings of value and is tied to self-confidence and pride. Success at a task produces serotonin, a sense of pride that trains the brain to seek more success. Oxytocin, the “cuddle chemical” or “love hormone,” is a bonding molecule released by touch and physical intimacy, and helps create feelings of trust, reinforcing relationships. Endorphins, which mask pain, act as natural painkillers and provide a large number of physiological functions and survival mechanisms.

The key neurotransmitter that stimulates this system, however, is dopamine. Dopamine is a reward pathway, released in enjoyable, repeat behavior. It’s that warm feeling you get when you’ve accomplished something because it regulates motivation. Habitual, oftentimes addictive behavior can also release it, as it’s a neurotransmitter responsible for, among other things, pleasure.

Find yourself reaching for something habitually? The dopamine drip may keep you reaching for it. Overrun by anxiety and stress? When the limbic system senses a stressful environment, cortisol — the “stress hormone”— is released. Cortisol functions as the body’s early warning system, originally useful in keeping us alive. In a modern sense, that cortisol flow keeps us in a constant state of “fight or flight” paranoia, which interferes with our body’s ability to balance hormones.

“We are caught in this synaptic pattern of operating,” Phillips-Dorsett says. “In this need to respond to texts, to Facebook, to emails, we have developed a highly focused response pattern. We need to be operating on a different frequency. The body and mind need time to rest.”

Want to lead with the prefrontal cortex, where the logic and reasoning rule the land? “The first step is awareness,” says Stephanie Miller, licensed social worker at Billings Clinic Psychiatric Services. “Bringing awareness to our experience helps establish new synaptic connections and pathways.”

Miller has been working for the past few months on changing her eating habits and incorporating a consistent exercise routine into her life. She still doesn’t like to work out, but after several months of repeat behaviors, she finds herself craving exercise.

“There are days where I say, ‘Hell no, I don’t want to go.’ But the craving is new,” says Miller. “That is a new neuropathway for me. Something was happening in my synaptic connections that wasn't happening before. Still, it’s not consistent and it’s still work, and I still have to be aware and mindful, but things are changing.”

Tara Sorenson, LCPC-LAC, and a coworker of Millers, recommends the “stop technique” when emotions are running high and the limbic system is “lighting up like a Christmas tree.” (See sidebar Start the Stop Technique)  This four-step process can return the brain to a state of reasoning when the limbic system takes hold.

“It’s all about consistency and repetition,” Dorsett says. “This isn’t something that you change overnight.”

Miller likens this change to the “toddler phase.”

“You are going to be wobbly,” Miller says. “You’re going to need practice. You are not going to be successful every time, but eventually, it will become second nature.”

Look inside yourself at mistaken belief. Feel it and move on.

Listen to what your true innate worth is (hint: it’s the opposite of the mistaken belief).

Choose to do what is in your best interest. By then, you are in the prefrontal cortex and thinking logically.