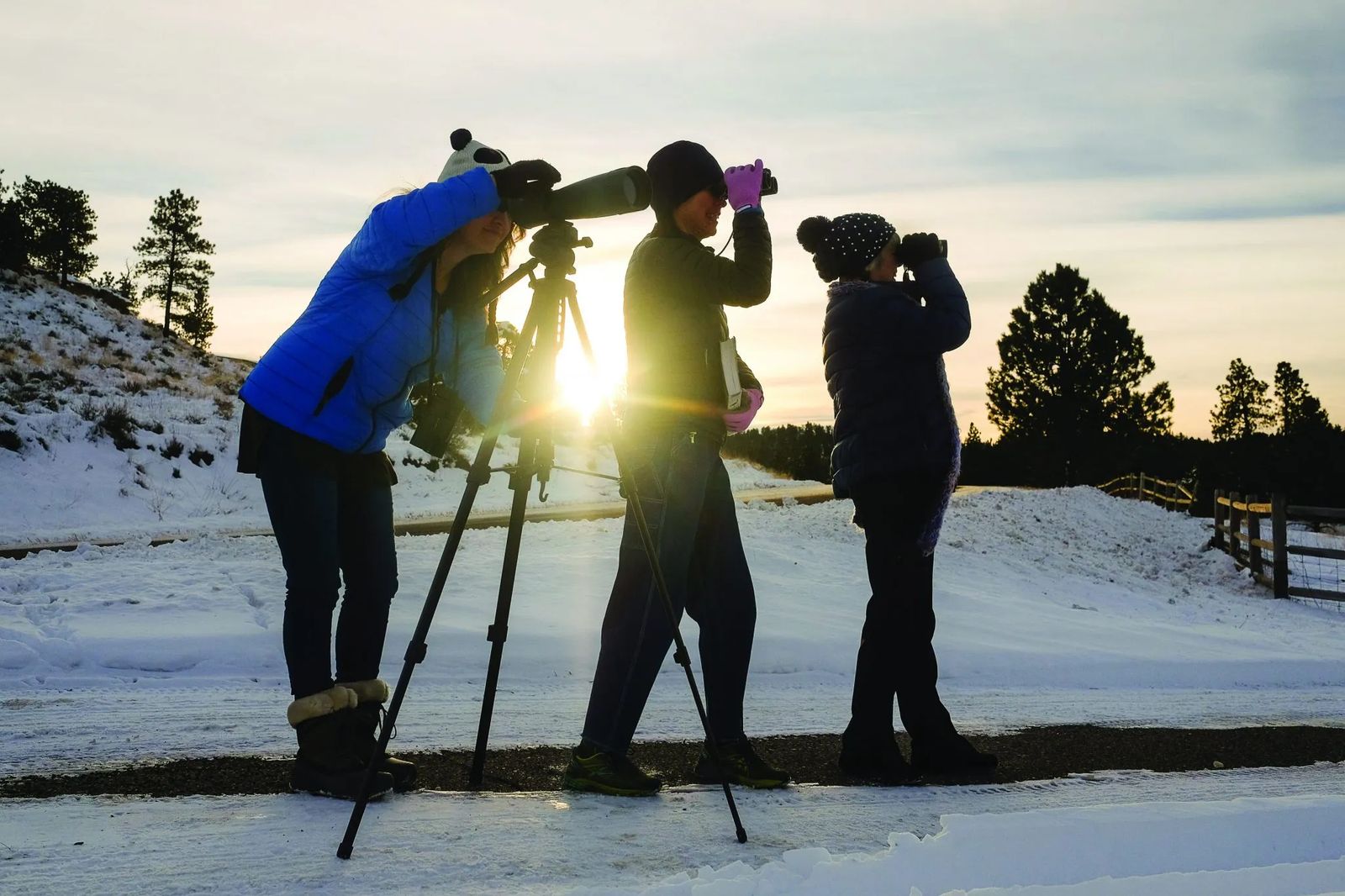 Nature’s Treasure Hunt: Making a difference as a citizen scientist

Armed with binoculars, a field guide and journal, you head out into forest and field. Treasures abound, you just have to find them. Maybe you'll get to observe a threatened pika bustling about its rocky den or document a new sage grouse breeding ground. You meticulously record everything about the day — weather, plant species, and wildlife — and return home, tired but satisfied. You're not an expert at botany, zoology or ornithology but you're a scientist none-the-less. You’re a citizen scientist, an ordinary person who contributes vital information about the natural world for actual scientific research.

Citizen science isn’t a new idea, yet it might be something you haven’t heard about. According to the National Wildlife Federation, “Citizen Science is where the public volunteers their time to help a scientist with their research.” They are the unpaid heroes of data gathering as government agencies, universities and private researchers continually face funding and staff shortages. These duties can be as involved as a weeklong backpacking trip in the Absaroka-Beartooth Wilderness to monitor public use, or as simple as noting the species and numbers of birds at your backyard feeder.

A Place to Start

A good place to get your feet wet with any type of citizen science program is at the Montana Audubon Education Center located in southwest Billings along the Yellowstone River. The facility hosts everything from evening nature programs, to birthday parties to a nature preschool. Learning about the region’s ecosystem is why Olivia Umphrey takes her family there. “It’s very important to get kids out in nature, to understand it. I love that we can bond over the natural world and share experiences together as a family.” Olivia’s five-year-old son, Henry, has a blast at summer camp as well as the drop-off evening programs. “He always learns something new. The teachers give them some instruction, then they stop talking about it and get everyone outside to get their feet wet with the subject matter.”

This winter, the Audubon Center is starting their first citizen science program with a Feeder Watch. Anyone interested in learning more about area birds is invited to visit on Sunday afternoons and help record the birds at the feeders. Feeder Watch is a national program developed by the Ornithology Lab at Cornell University. It’s open to anyone who wants to put up a bird feeder, spend some time between November and April tallying the number of birds and the species and then uploading the information to the database. Everyone in the family can get involved and the data helps scientists monitor wintering bird populations. Being part of the program takes a fun activity you might already be involved in and helps arm scientists with important information. 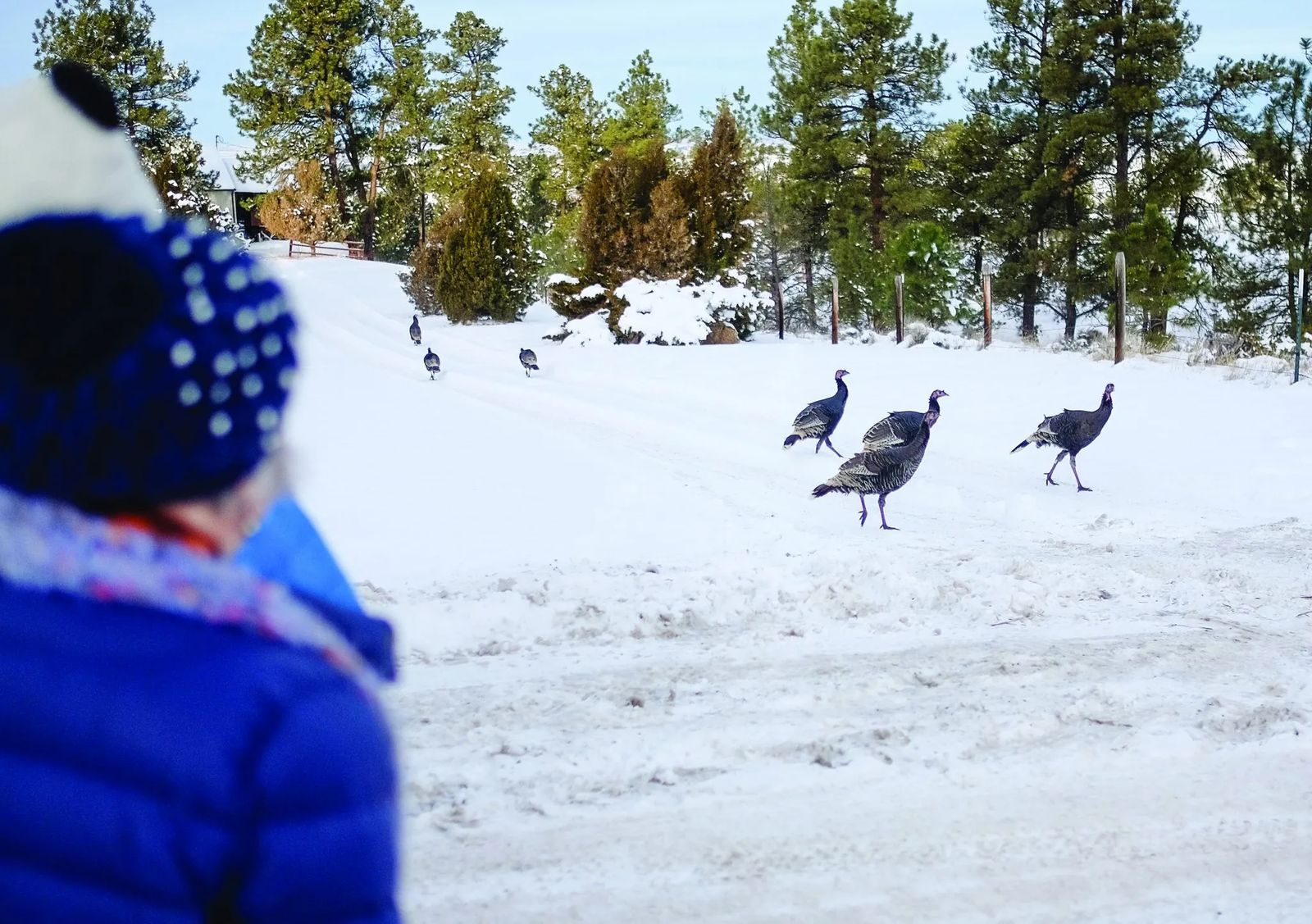 A Program for Everyone

One of the very first citizen science projects still going today — the Christmas Bird Count — was organized on Christmas Day, 1900. The event began in an effort to move people away from the then popular seasonal hunting of birds to a more conservation-minded counting of birds. Now, thousands of people head out across the continent, in every type of weather to count birds and help scientists better understand population trends.

Many nationwide programs rely on volunteers to track species. Frog Watch USA wants folks to learn your regional frog and toad songs and head out into nearby wetlands to map the location of any you hear. The University of Kansas’s Monarch Mayhem program asks volunteers to record data on monarchs as they migrate southward. Plus you can map their northerly progress in the spring. In October, you can be a certified star gazer who records constellations at night thereby measuring light pollution. Or, you can upload information about plants, wildlife, and bugs in your neighborhood to National Wildlife Federation’s Wildlife Watch. 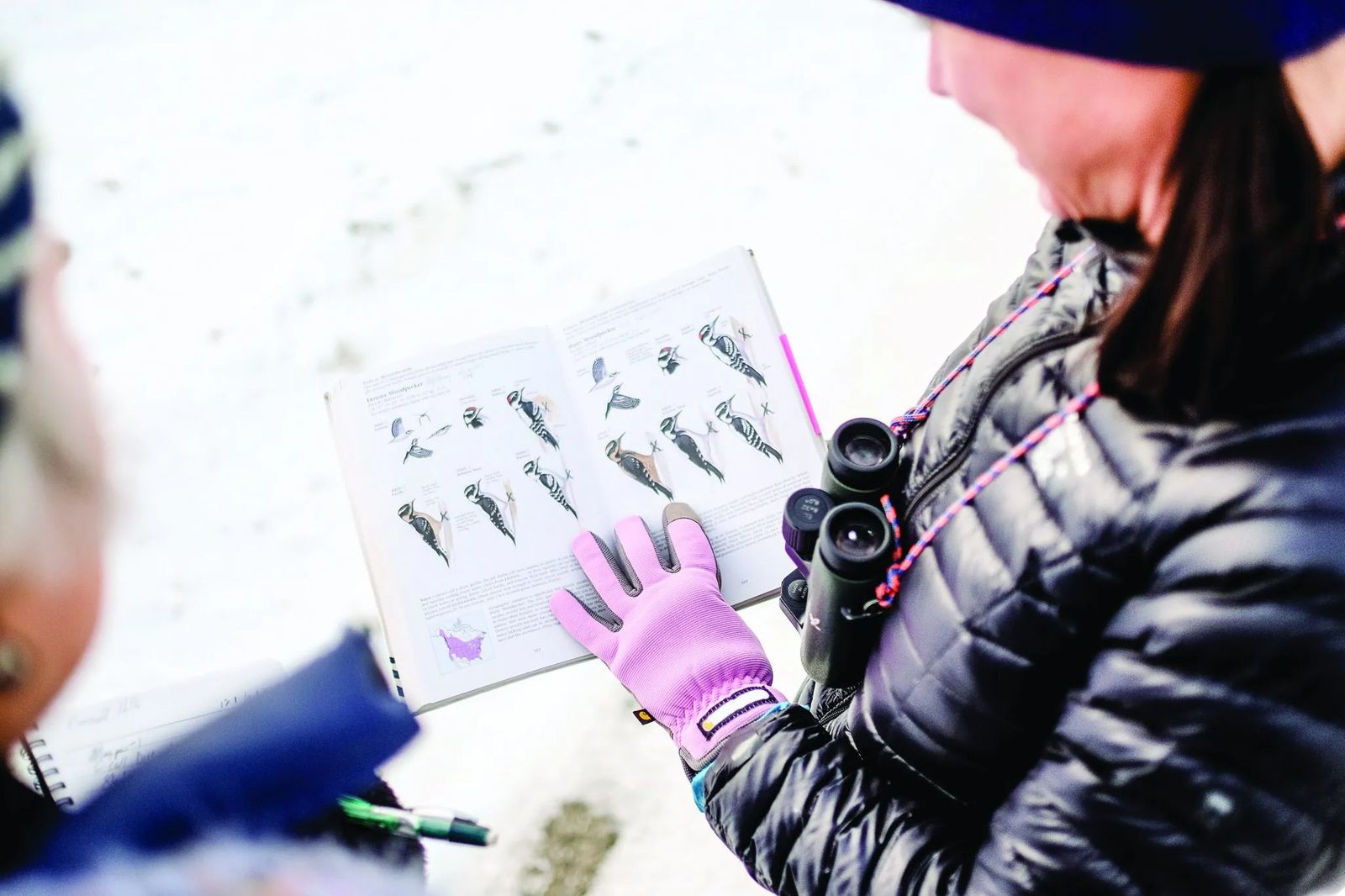 Citizen Science on a Local Level

Another great event to watch for is a local BioBlitz. A BioBlitz is generally a 24-hour event where families, teams, individuals, and scientists all converge on one area to find and identify as many species of living creatures as possible. Last year a group of 30 people inventoried various species at the Heart Mountain Nature Preserve just outside of Cody. Bobbie Holder, University Extension Agent for Park County, Wyoming helped survey pollinators such as bees and butterflies. She says, "Participating in a BioBlitz is a great way of getting your foot in the door and learning about biodiversity. People don't realize it, but there are between 400 and 700 species of native bees in Wyoming. That's a lot of bees!"

It is programs like a BioBlitz that provide those sort of numbers. Until people started surveying native pollinators, nobody knew there were so many species. Bobbie Holder adds, "It also sparks the discussion of how we can influence these fragile populations."

One program that's gaining in popularity is Bobbie's annual Chief Joseph Butterfly Count. Participants are split into two groups and set loose with a net to catch as many butterflies as possible. There's an expert with each group to do the final species determination, meaning the participants get to have all the fun of catching. "This is the perfect program for kids. You give them a net and let their natural enthusiasm go." The information is uploaded to the North American Butterfly Association database. "2015 was our fifth year of doing the count so we're finally getting enough data we can begin to identify trends.”

Emily Buckles and her family have been participating in the butterfly count for years. Emily is the Interpretive Specialist with the Buffalo Bill Center of the West in Cody and she recognizes that, "Any connection we can make with the natural world is so important. In the short term, programs like this give you something to do that's outside. It's good family time. In the long term, we teach our children to be stewards of the land as well as life-long learners." It’s her favorite program because not only is it fun for kids, but you don’t have to be an expert of any kind. She says, “You're connecting to the natural world and you get a chance to have this incredible creature in your hand for a moment."

As populations of creatures grow, change or migrate, citizen science takes advantage of people who are already out in nature hiking, backpacking, camping or just spending time in their backyards. Scientists can use those individuals to be "boots on the ground" and collect information while they're doing what they already love. Bobbie Holder says the more people out there looking the better off we'll be. "If we don't know what's out there we won't know what we're losing." 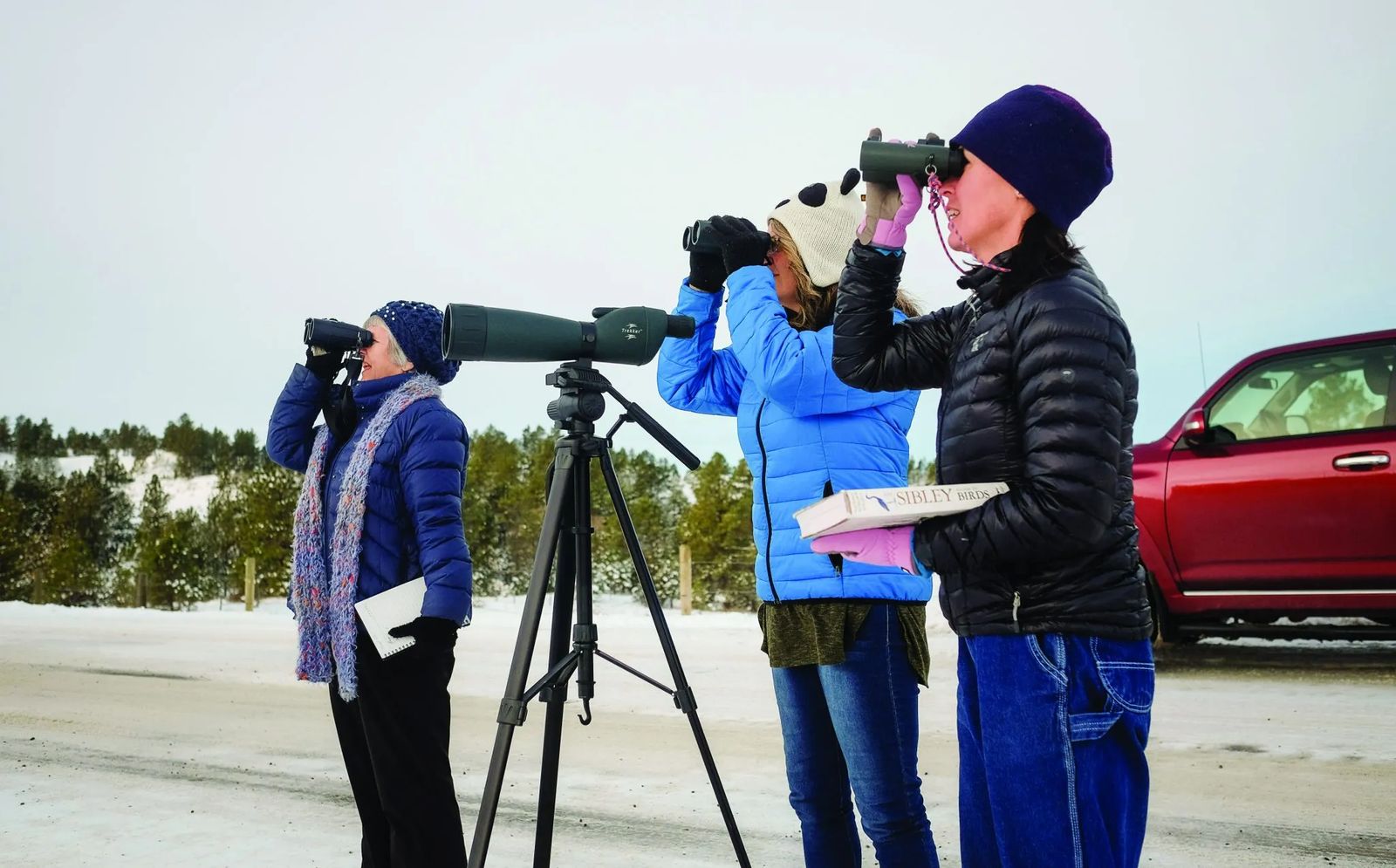 The opportunities to make a difference with citizen science are countless. Below you'll find a list of national and local projects. While the list doesn’t include every opportunity, it should give you and your family some ideas on ways you can get involved with some wonderful programs.