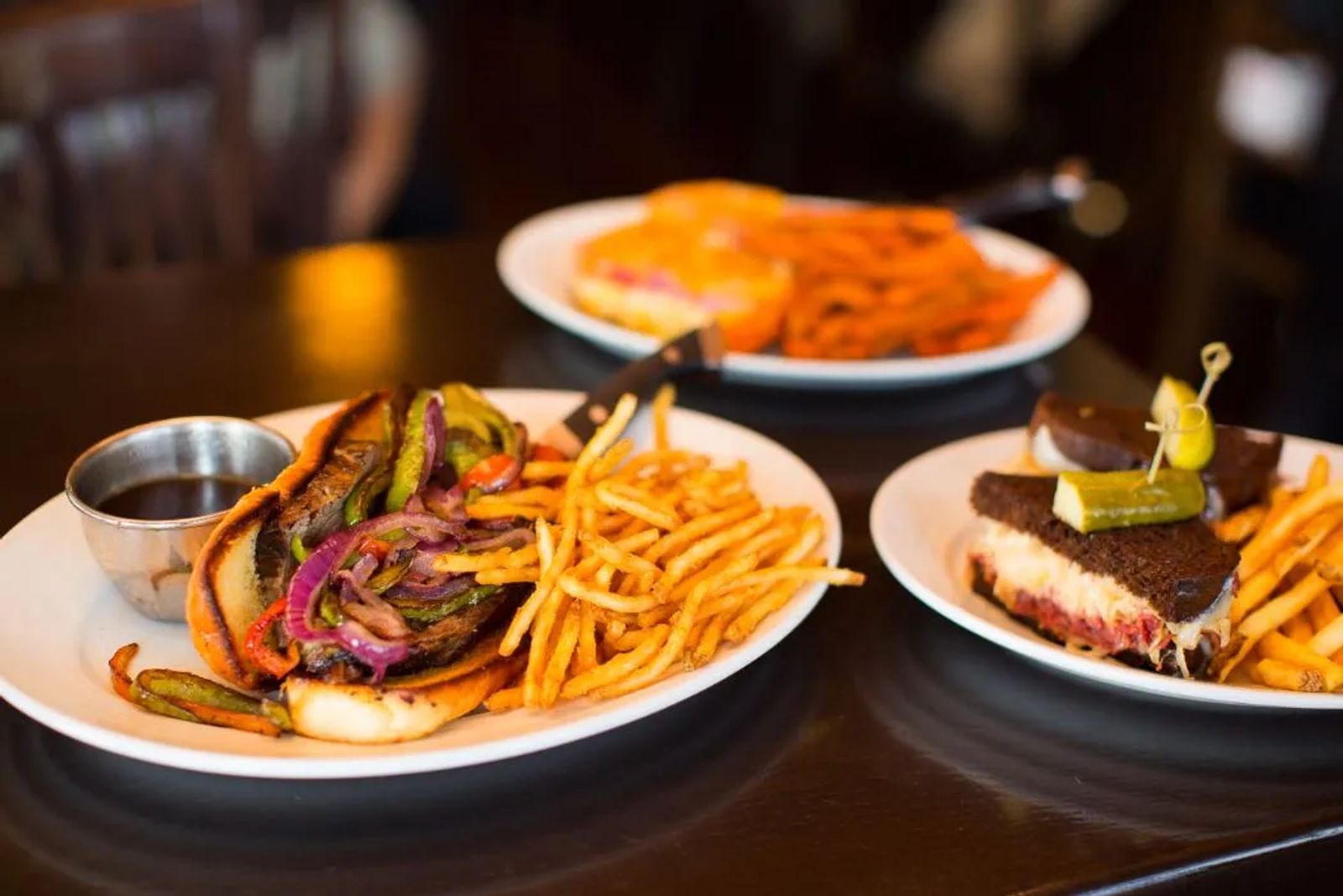 The most hearty and comforting lunch comes served between two slices of bread. The TASTINGS team visited Jake’s Bar and Grill, Simply Wine, and The Divide Bar and Grill. Our Tastings team sampled sandwiches and grabbed up paninis for a taste of some of Billings’ finest power lunches.

The team started at Jake’s Bar and Grill on the west end, the sister restaurant to the original located in the old Custer Hotel downtown. Here, manager and occasional chef, Ken Rakstad arranged for the team to taste Jake’s Crab and Artichoke Salad Sandwich, their Classic Reuben and their Prime Rib Sandwich. The restaurant, decorated in modern cowboy chic is located in an industrial area where Gabel Road curves. Patio dining makes for an inviting space to share a cocktail.

Each sandwich came with a different order of fries: sweet potato, shoestring, and house. All were crispy outside and soft inside with Taster Haven Stuart voting the shoestring fries as the “Best Fries.” Here, the Tastings Team unanimously voted the Classic Reuben as their favorite sandwich overall.

Simply Wine, tucked in the corner across from Scheels was the team’s next stop. Sue Ryquist, the owner of this intimate wine shop and restaurant, takes pride in being hands-on in her business. She served us our lunch and offered a taste of Isenhower Cellars wines – a Roussanne, Viognier and Cabernet Franc. The reasonably priced wines provided a bright and fresh accompaniment to the grilled sandwiches.Kitchen Manager Kathy Leikam presented the team with three paninis: Caprese, Roast Beef, and Turkey Roasted Red Pepper. The toasted bun, crispy on the exterior with

Kitchen Manager Kathy Leikam presented the team with three paninis: Caprese, Roast Beef, and Turkey Roasted Red Pepper. The toasted bun, crispy on the exterior with soft interior, encased neatly stacked fillings, and with spreads of pesto, horseradish and balsamic on the bread. To accompany the sandwiches, tortilla chips came with red pepper hummus. For favorite sandwiches, two votes were cast for the Roast Beef Panini and one for the Caprese.

The final stop was The Divide Bar and Grill. This industrial-style open space venue has great views to the Shiloh Conservation Area. A patio provides for al fresco seating. Here, the Tasters reviewed a Bahn Mi Chicken, Chicken Pesto Panini, and Gallatin Grinder. The Tastings Team unanimously voted the Bahn Mi Chicken Sandwich as the most innovative overall. The sandwich provided a balance of flavors as well as textures. (A Bahn Mi is a Vietnamese sandwich created from French and Asian influences traditionally served on a French baguette filled with Vietnamese pickles, cilantro, chilies, and meat – freshly grilled or boiled sausage.) The Chicken Pesto Panini used naan, an Eastern Indian flatbread, to package the filling.

The sandwiches experienced by the Tastings Team were by no means the traditional cold cuts slapped between two pieces of squishy white bread. These were hearty and comfortably fulfilling for any lunchtime gathering. 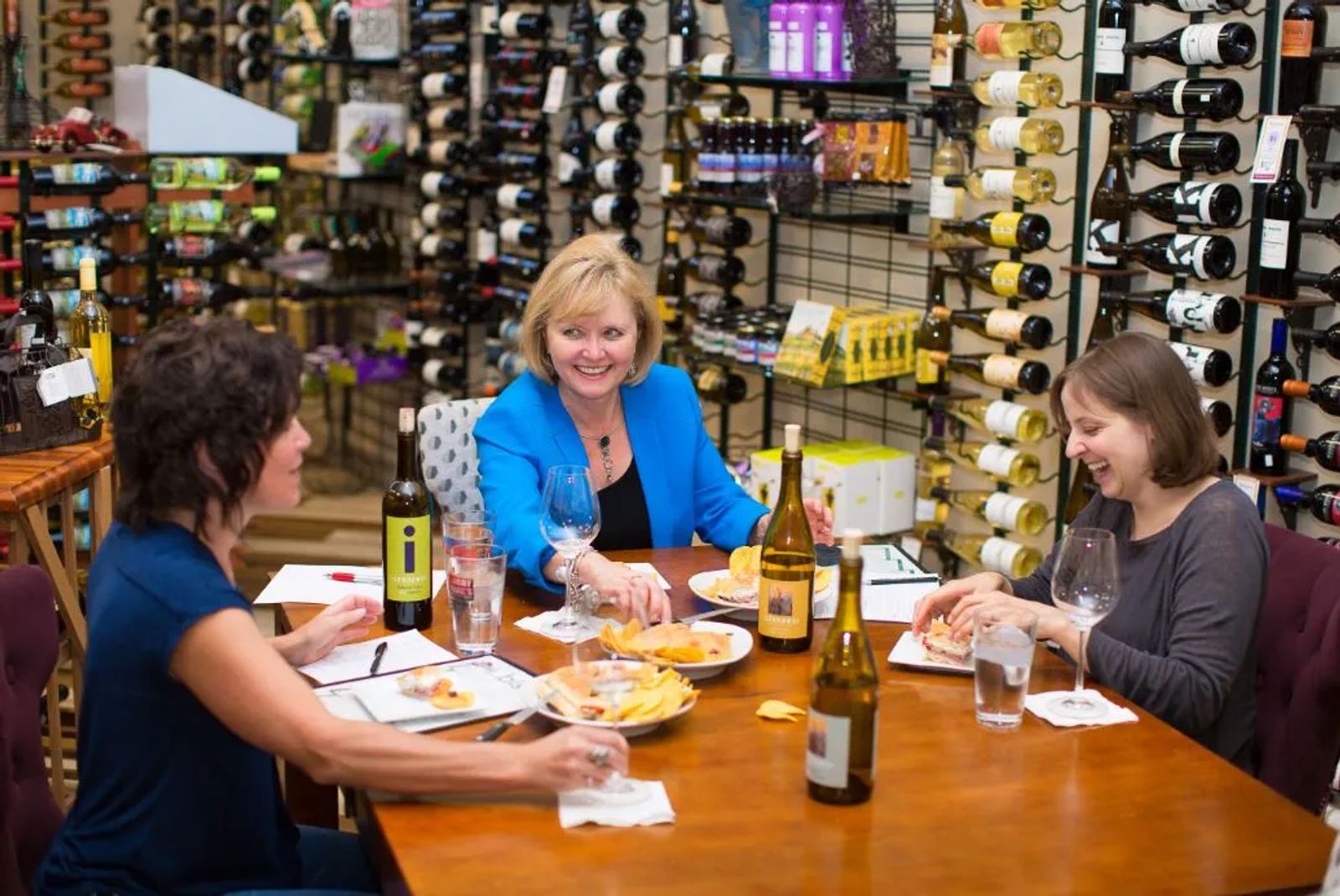 Carolyn Korb is a wine and food consultant but currently calls herself a “hobbyist” as she embarks on new career adventures.

Debbie Sundberg is a Financial Advisor with Edward Jones Investments and in her spare time she is President of the Big Sky Home Economists in Business and President of ZONTA Club of Billings.

Haven Stuart claims to be a wife, business owner, homemaker and She’s also an amazing seamstress. 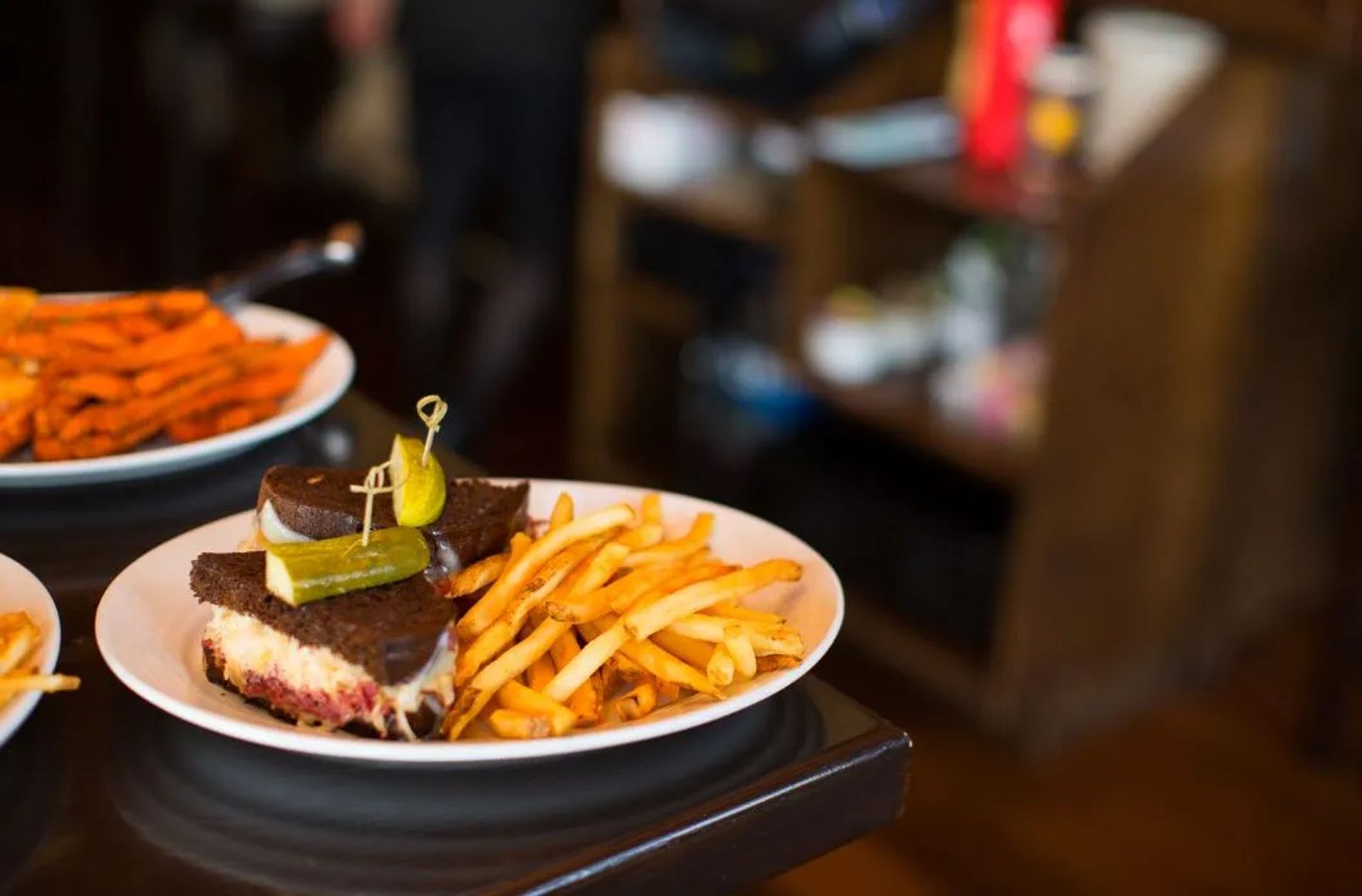 “Love the Reuben! It has the right bread and the right meat, sauerkraut cheese sauce ratio. Textures are well matched.” ~ Carolyn Korb

“Sauerkraut has a good sour bite. Tender corned beef. One of the best Reubens I have had!” ~ Debbie Sundberg 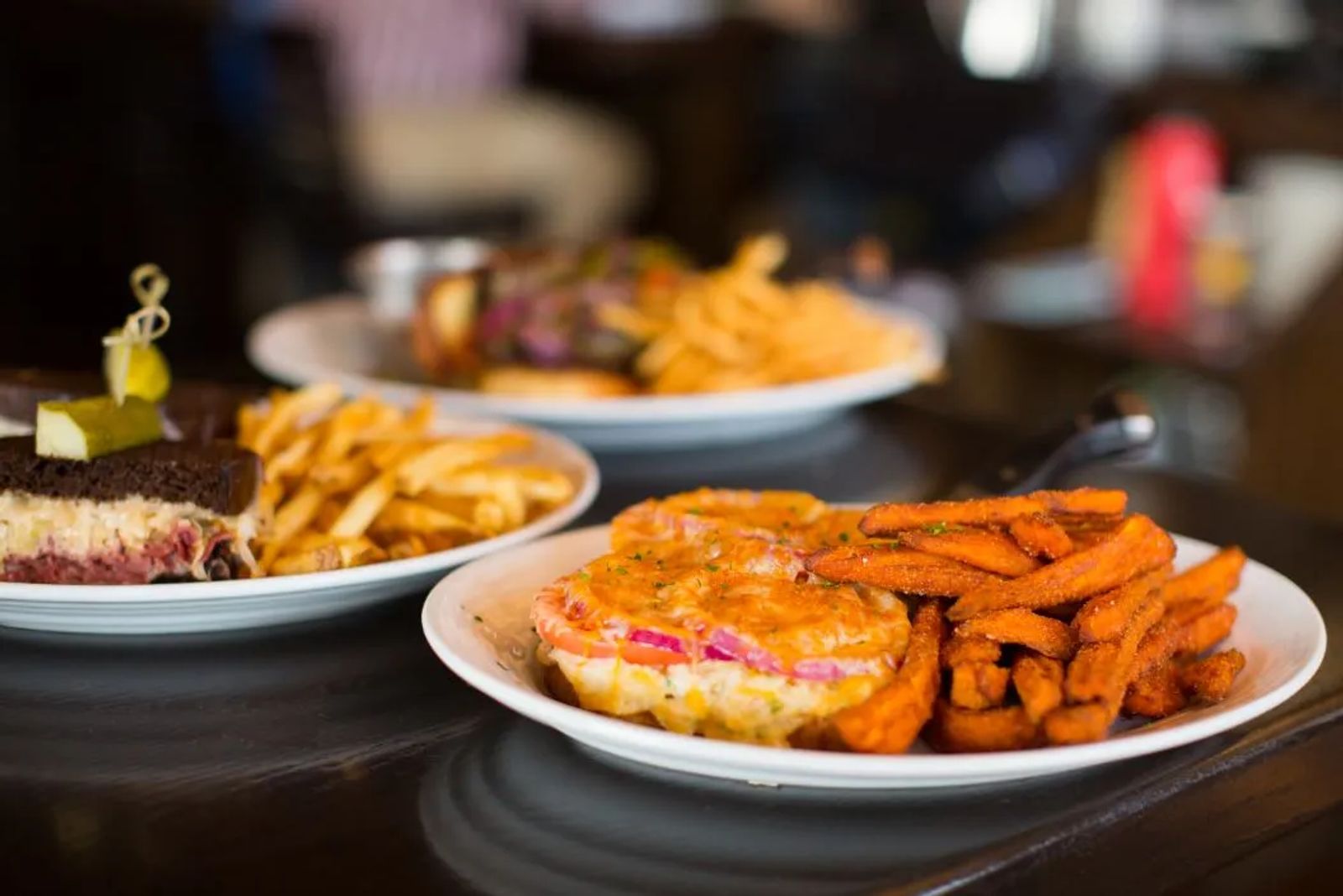 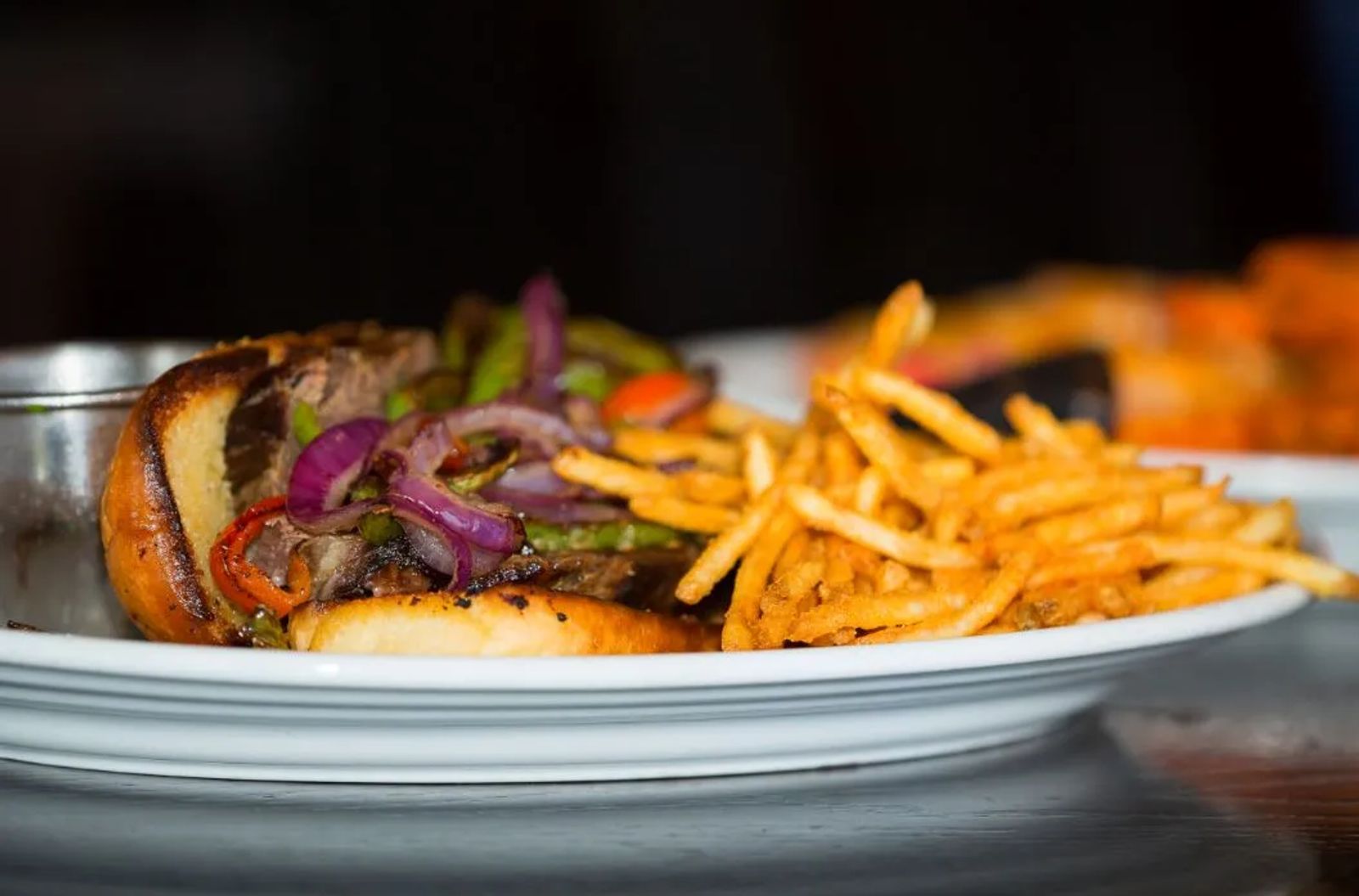 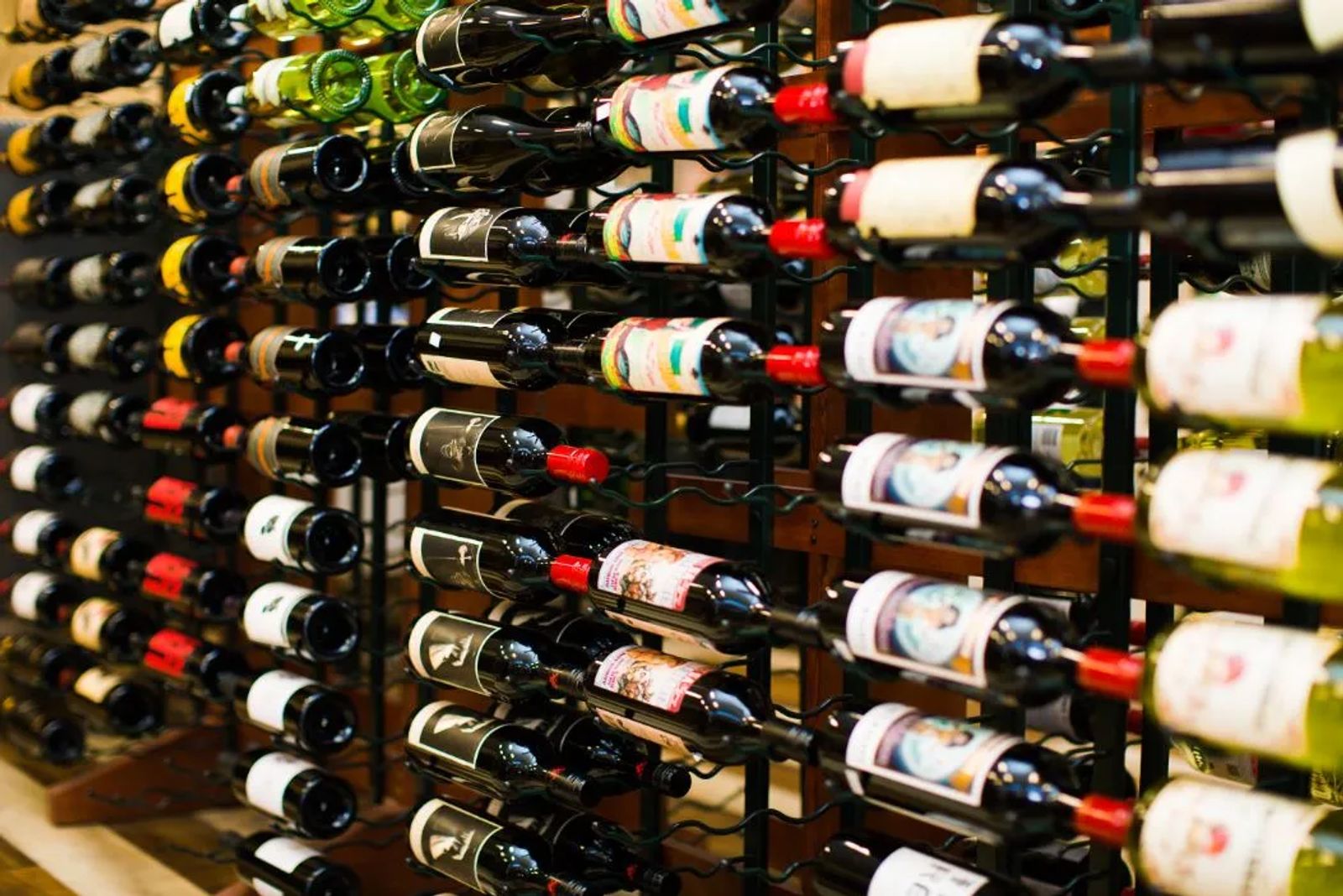 “Loved the smell – so fresh and tasted fresh, too!” ~ Carolyn Korb

“Just like a Caprese salad put on two pieces of bread.” ~ Haven Stuart 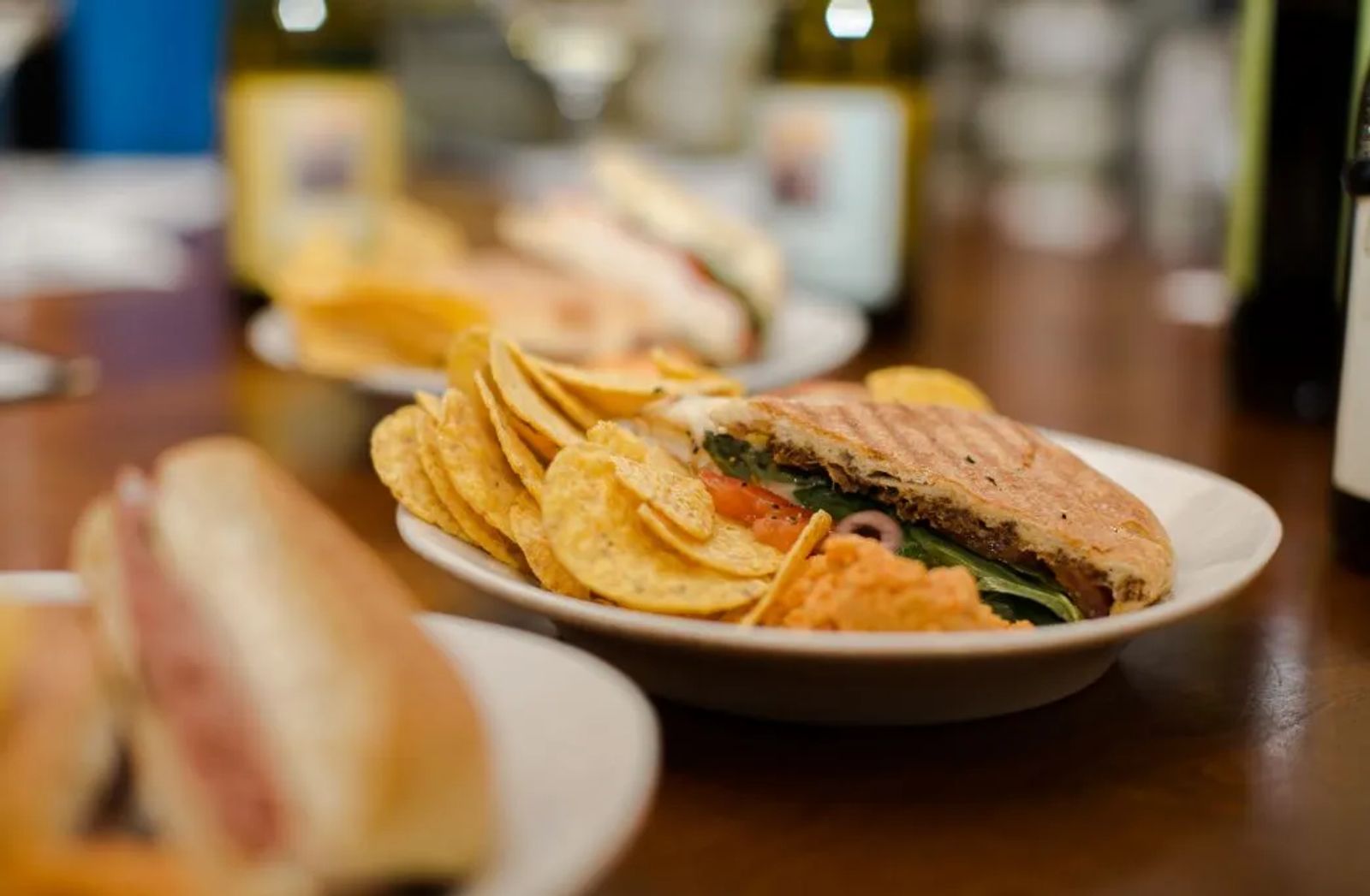 “Good amount of meat and cheese. Loved the spicy heat of the horseradish.” ~ Carolyn Korb

“Tender beef that melts in my mouth. The horseradish sauce is perfectly blended and has a grand bite.” ~ Debbie Sundberg 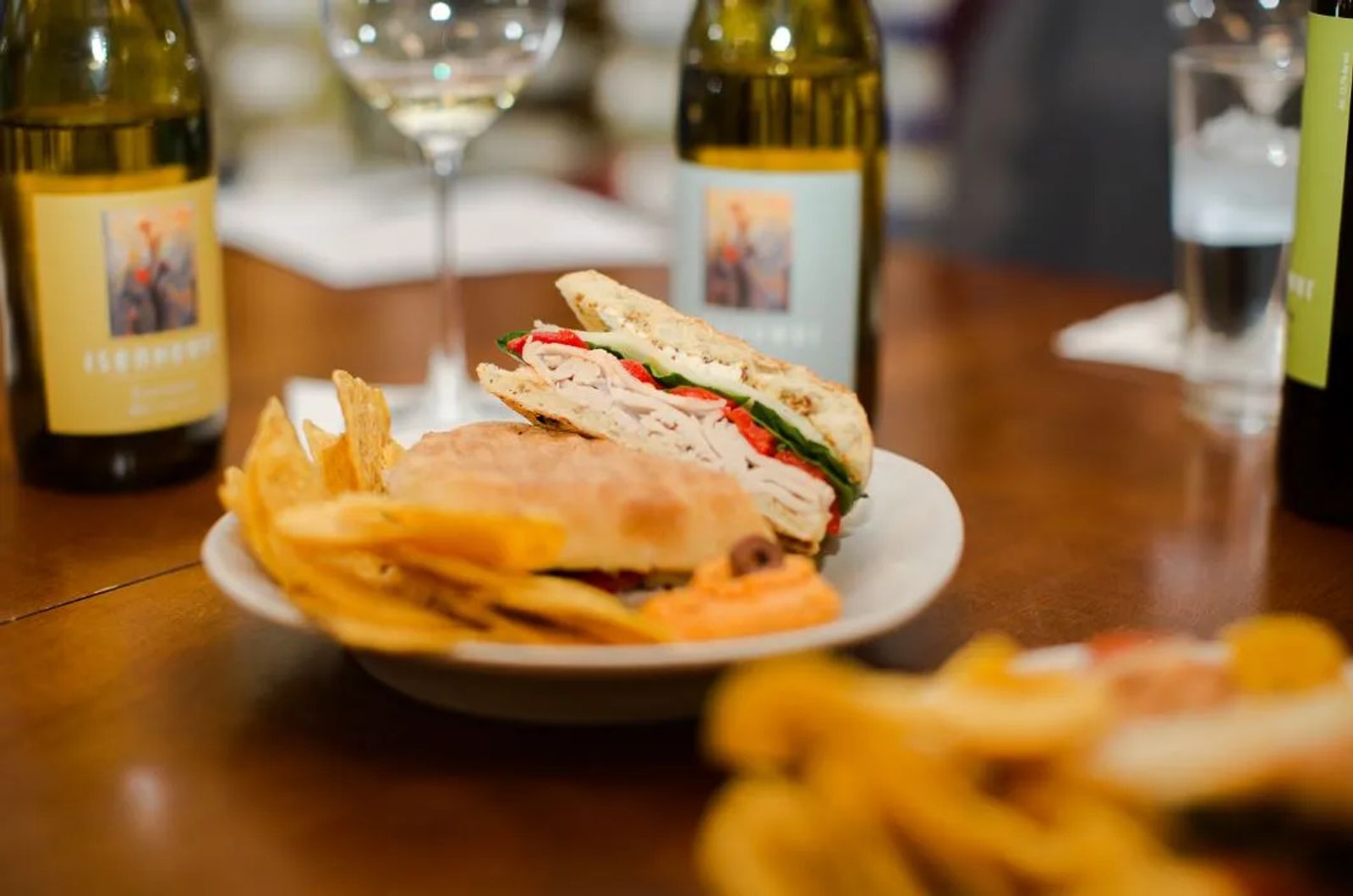 “Liked the layers and the peppers.” ~ Carolyn Korb

“Bread has a great crispy outside but a soft inside. The mustard enhances the flavor for taking to the game or ready fr a trip.” ~ Debbie Sundberg 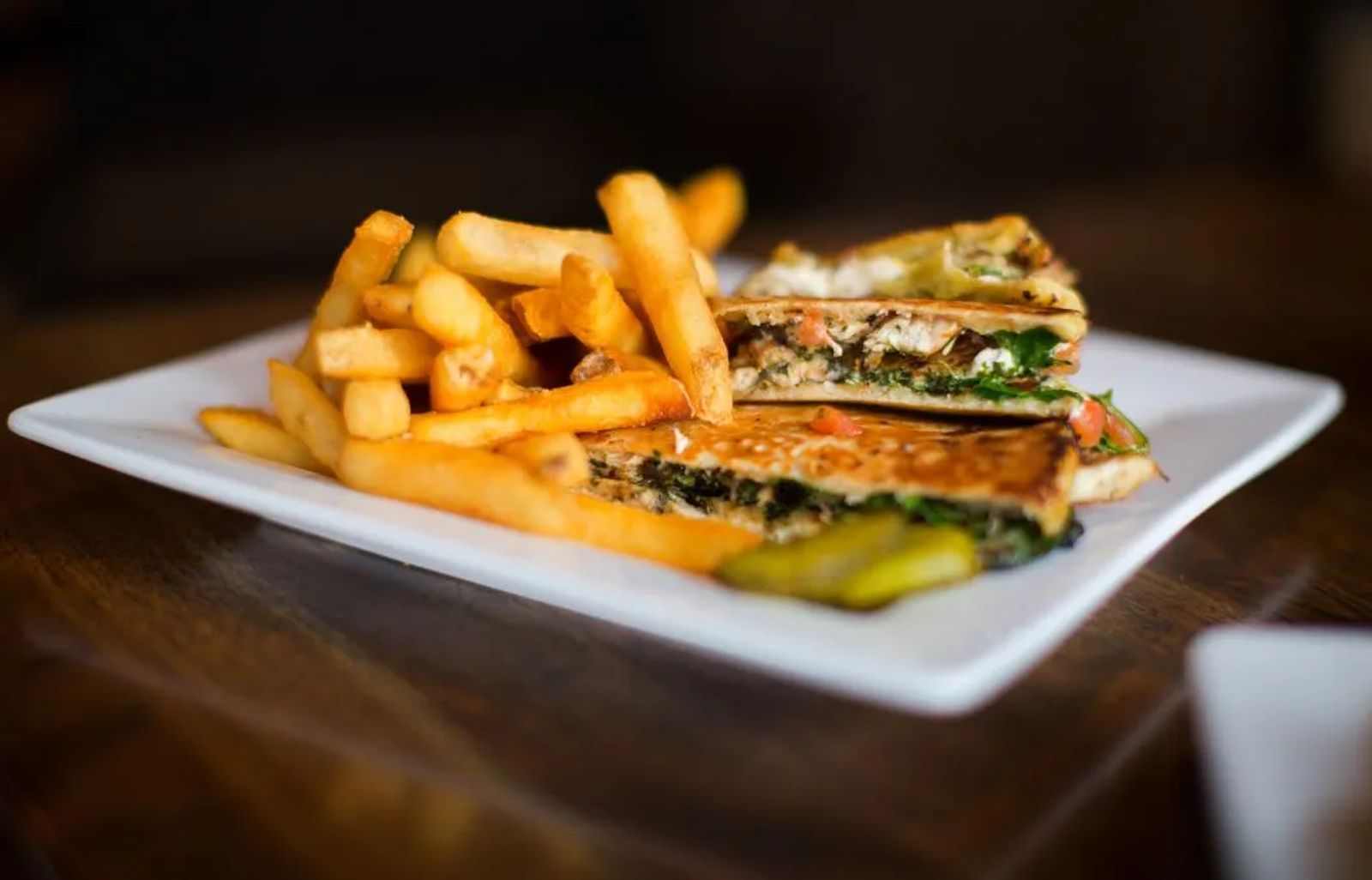 “Liked the pickled veggies – gave it a nice crunch and acidity.” ~ Carolyn Korb

“I love this sandwich! The tanginess of the pickled vegetables is tamed by the juicy chicken and fluffy” ~ Haven Stuart 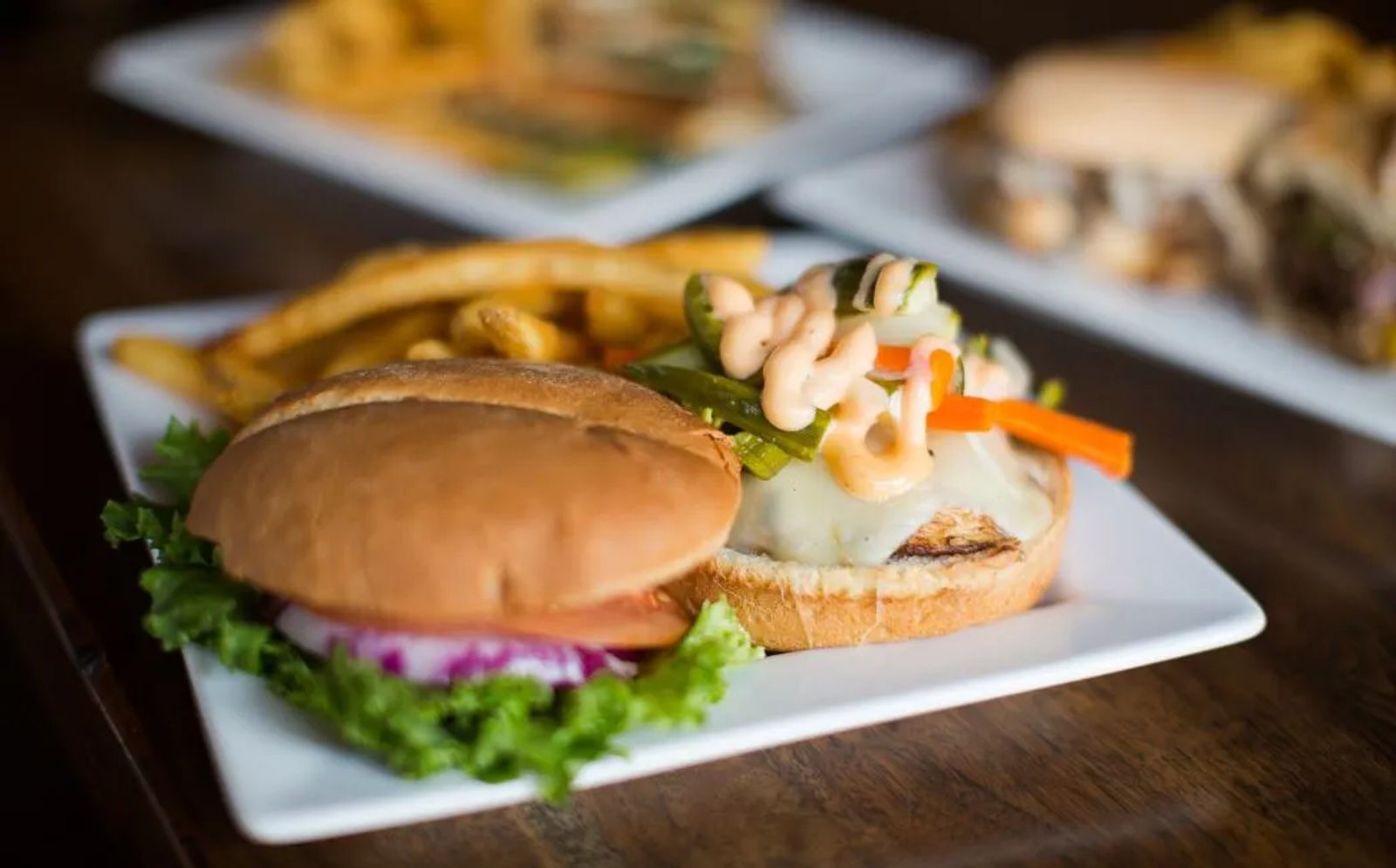 “Creamy sauce combined with traditional pesto is a nice combination. The chicken is really tender and well flavored. The Naan bread is unexpected and delightful contrast.” ~ Haven Stuart 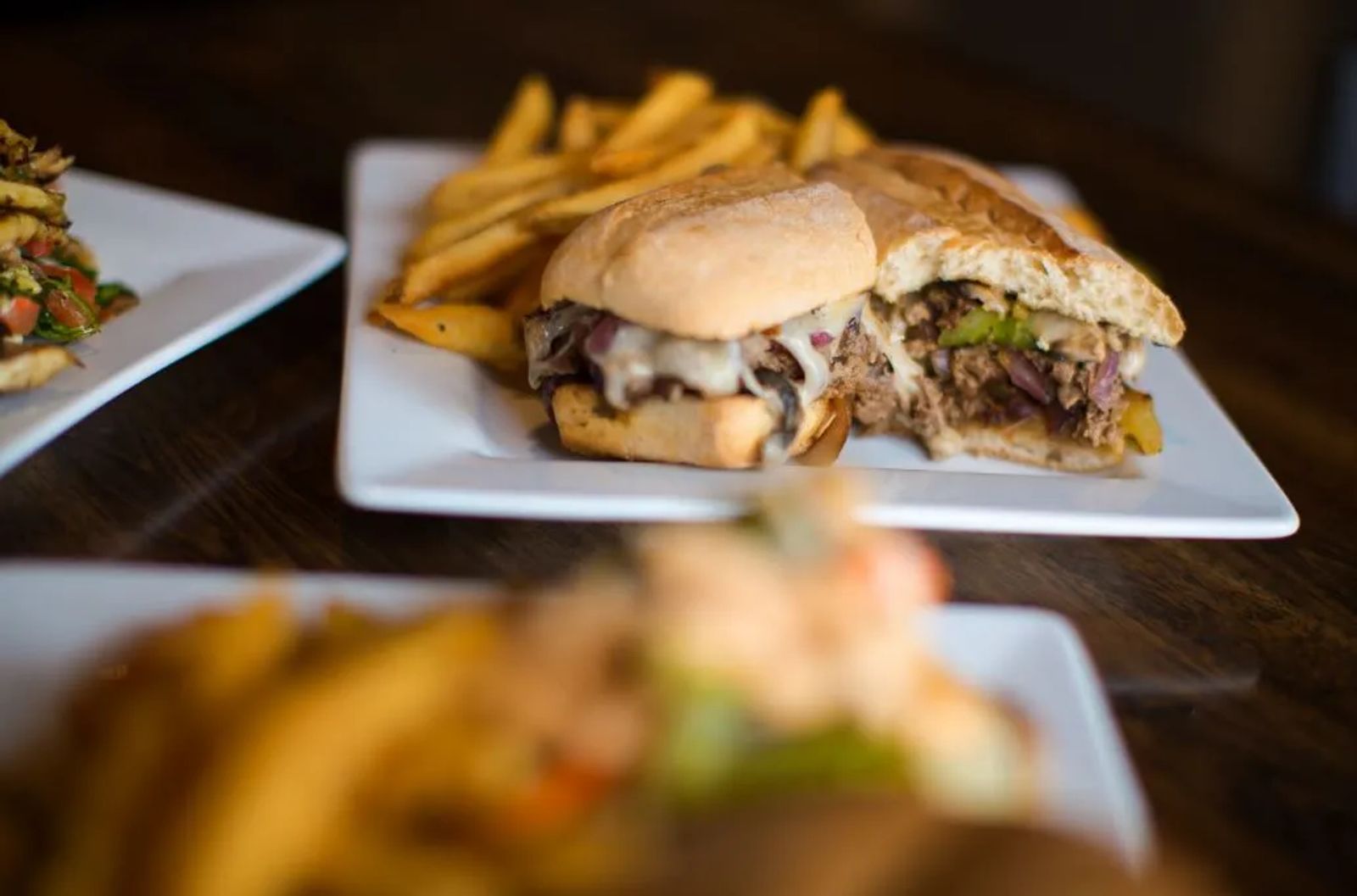 WHERE TO FIND THE TASTING TARGETS

The Divide Bar and Grill, 4020 Montana Sapphire Drive in Billings