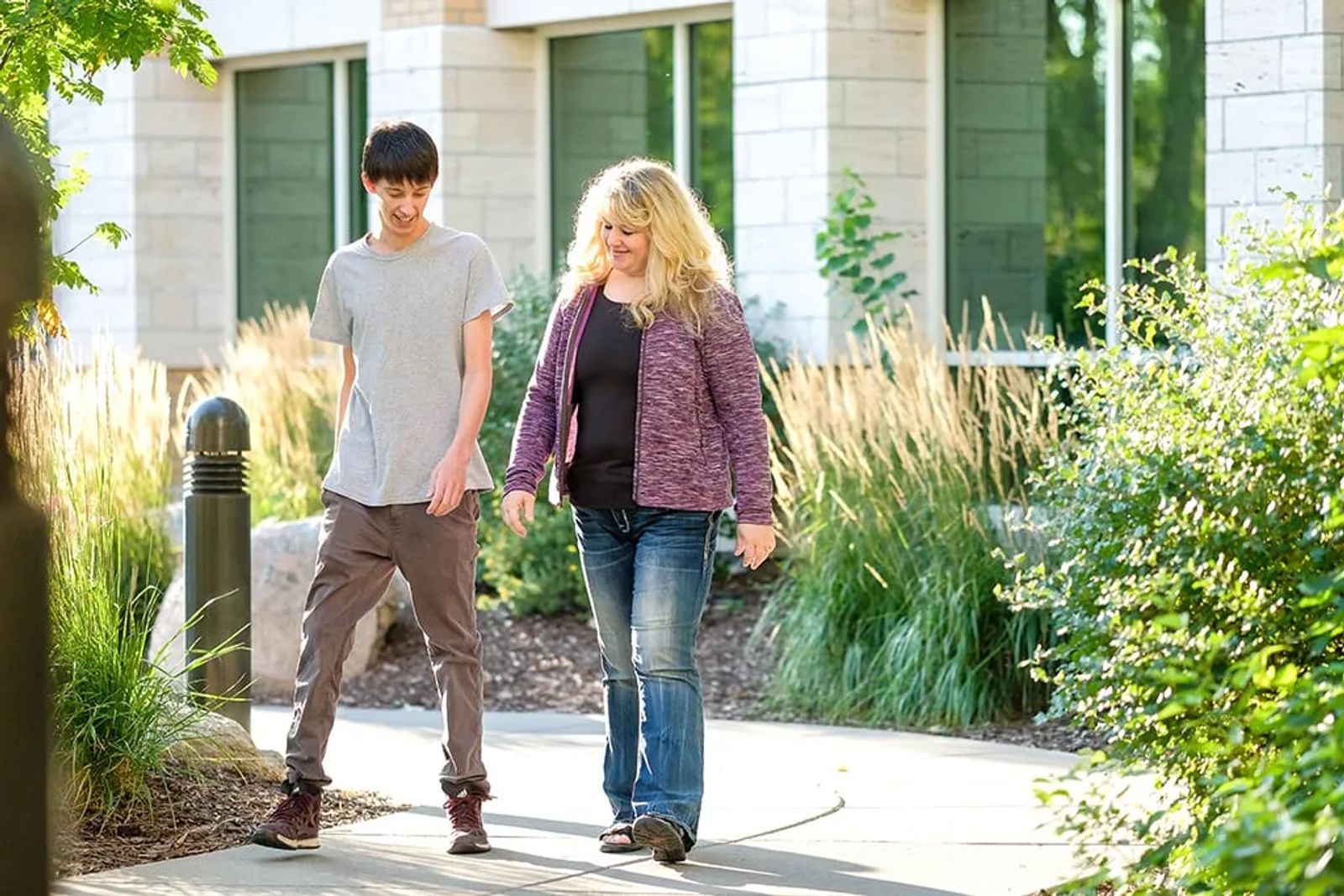 Changing the world, one person at a time

Carrie Rigney woke one morning with a feeling she couldn’t shake.

Earlier that week, she had met Laura, a longtime resident of Eagle Cliff Manor, a nursing home where Carrie once worked. The old woman had never been able to see, hear or speak, and she had no friends or family. Laura’s legal guardian had died, putting Laura in a precarious situation because she could not communicate. The nursing home director approached Carrie with an idea. Would she become Laura’s legal guardian? After meeting Laura and asking her permission, Carrie agreed to help the elderly woman.

In Yellowstone County, when people die without family or friends to assist in arrangements, they are cremated, and when no one claims the remains, they are eventually interred at Riverside Cemetery, a county-owned cemetery for the indigent.

“That did not feel okay to me,” Carrie says.

Even though there were no signs that Laura’s health was deteriorating, Carrie knew — she had a sense deep down in her gut — that she needed to establish Laura’s burial fund right away. She called the nursing home and asked to talk to the finance department. It took some convincing, Carrie says, but the busy bookkeeper agreed to set up the burial fund that afternoon. She moved the woman’s small savings — less than $2,000 — into the fund.

The next day, Laura died. With help from Smith Funeral home, Carrie was able to provide Laura with cremation, burial in a local cemetery and a simple headstone.

“Even though she didn’t have anyone, she’s still a person and deserves that dignity and respect,” Carrie says.

When Carrie laid Laura to rest more than 10 years ago, that was the beginning of her volunteer mission to help advocate for the elderly as they deal with end-of-life issues. So far, she’s helped eight people settle their affairs and be laid to rest with dignity. She’s currently a guardian for two who are still living.

Brian Huso was the administrator of Eagle Cliff Manor and says Carrie dealt with some very difficult cases, handling each one with professionalism, kindness and compassion.

“She’s got a heart for people,” Brian says. “Anyone who needs help, she’s there to do it. It’s just who she is.”

Carrie’s work with the elderly is only one facet of her selfless dedication to others. She is a social worker at Billings Clinic, where she works in the emergency department, and she’s also a volunteer for CASA (Court Appointed Special Advocates) for Children of Yellowstone County.

She works with some of the community’s most vulnerable people. She’s learned to trust her gut, and her instincts come in pretty handy.

“All I know is, people are put into my life for a reason, and I know that I’m going to be strong enough to help them to the best of my ability,” she says. 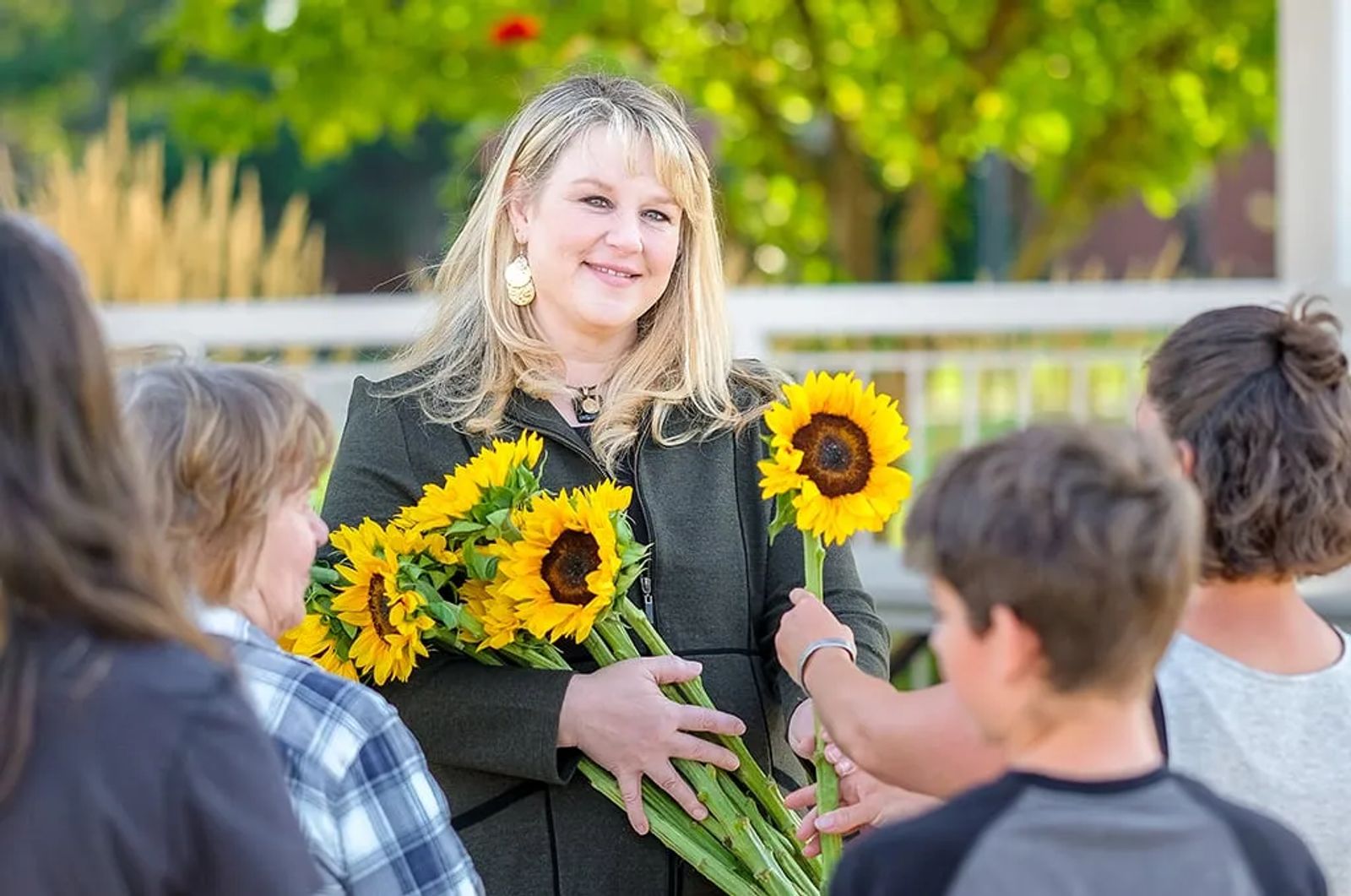 EXPERIENCE IS THE BEST TEACHER

When Carrie graduated with a degree in human services in 1994 from Montana State University-Billings, her sights were set on saving the world. She was sure that the doors would fly open and she’d find a job helping people. What she found was that she had lots left to learn.

Along the way, Carrie and her husband, John, started Horizon Landscaping and Sprinklers and raised two children, a son, now 24, and a daughter, now 22. Carrie enjoyed her work because she loved helping people, but she always seemed to be looking for a way to do more. Not long ago, she found the perfect opportunity at the Billings Clinic emergency department where she works as a social worker. It’s her dream job, she says. Looking back, she realizes that her past has prepared her well for the job.

As an ER social worker, Carrie works with hospital staff to identify patients who are vulnerable or at-risk and connects them with the community resources where they can find help. However, Carrie doesn’t just hand them a brochure with a list of addresses and phone numbers. She’s investigated all the resources she recommends and can tell a patient when’s the best time to visit the food bank, what outreach agencies require an ID, and what days or hours certain social service offices are closed. With her experience, she gives expert-level advice.

In the ER, everything moves fast, and sometimes Carrie has only a few minutes to make a connection. She relies on her intuition to guide her approach.  Even though her time with a client may be brief, she works for the best possible outcome. It’s not always what she hopes, but she does the best she can.

“You have to allow people to make their own decisions,” Carrie says. “All I can do is give them the tools and resources. What they do with them is up to them.”

Given Carrie’s selfless service to others, it came as no surprise to her when a friend called Carrie several months ago to tell her about a young man who was disabled and suicidal. At 22, Brandon Laughridge had just been stricken with spinocerebellar ataxia type 3, a genetic and hereditary disorder that manifests itself in early adulthood with movement, balance and coordination problems. He was living with his father, Todd, who also had the disorder. As his father’s primary caregiver, Brandon became overwhelmed and unable to care for him.

“I can see why he was hopeless,” Carrie says. “It was a bad situation.”

Starting the day she met Brandon, Carrie went to work helping him get connected to various social services and apply for Medicaid. She helped him find temporary housing, and she is helping him navigate the range of medical needs he has and access the best treatments. Carrie helped Todd see a doctor for the first time in years, and he was admitted into a nursing home, where he is now getting the care he needs.

“There are so many moving parts. It’s a real challenge,” she says. “Why do people fail and give up? All I know is if I can’t figure it out, how can they?”

Brandon admits he wouldn’t have been able to even fill out a single form, much less the mountain of paperwork that Carrie has helped him complete. He’s now in occupational therapy, physical therapy and speech therapy, which are all helping to slow the progression of his disorder. Carrie is by his side to take Brandon to almost all of his appointments.

“She works 12-hour days, five days a week and still has time for us,” Brandon says. “She’s over-the-top amazing.” 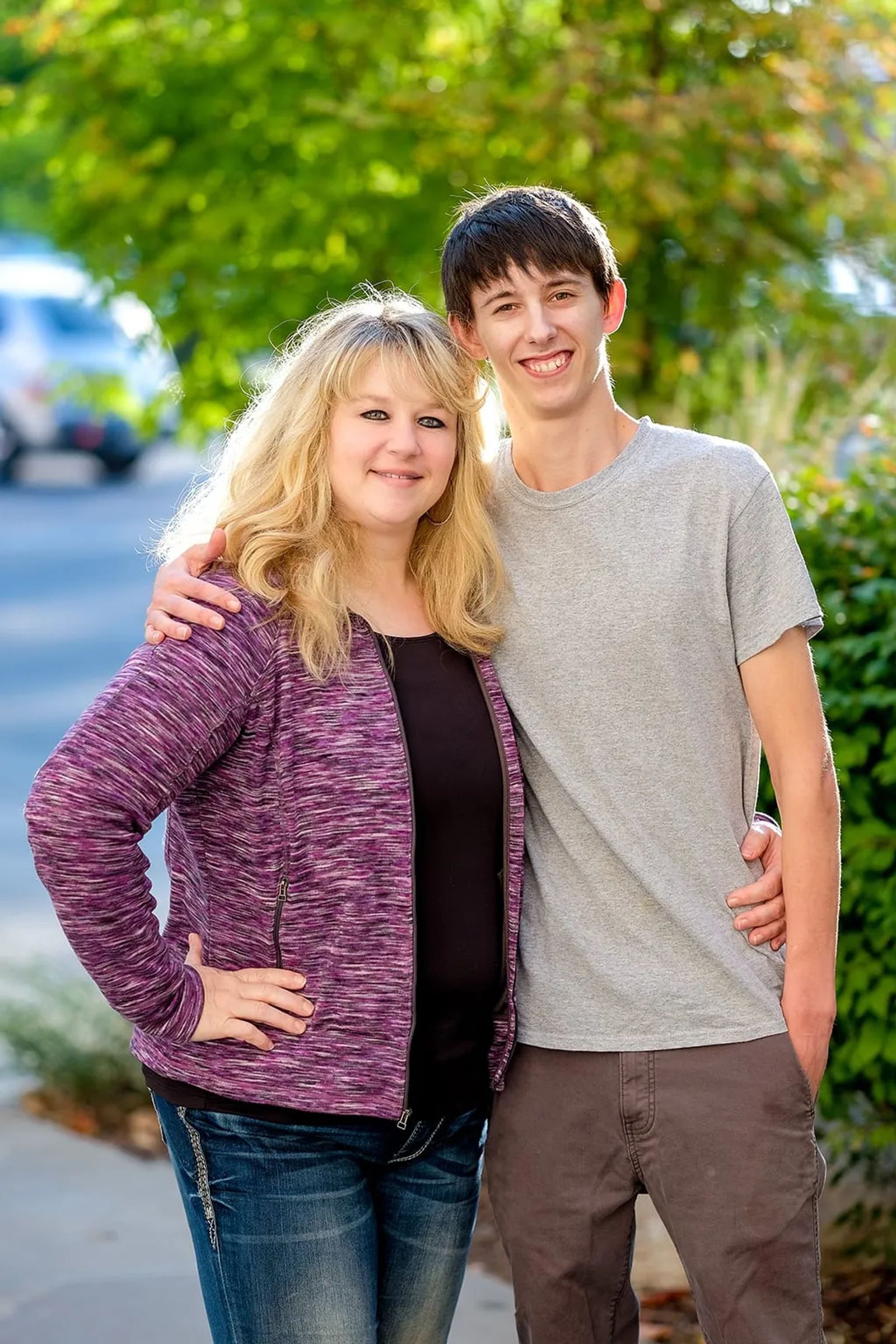 COMPASSION IN THE COURTROOM

Not one to shy away from tough assignments, Carrie took on another project in 2017, this time working with children in the court system as a CASA volunteer. When children are removed from their homes because of alleged abuse or neglect, they enter the foster care system — and the legal system. CASA volunteers represent the interests of the children in the legal arena. Currently, there are about 850 children in foster care in Yellowstone County, and Carrie is representing seven of them.

“Without CASA, the kids don’t have a voice in the system,” she says. “You have to understand what the child wants, but also bring your adult perspective.”

When Carrie first started as a CASA volunteer, she told Penny Ronning, her peer coordinator, that she wanted the tough cases, the ones where she could make the greatest difference. Her first case involved severe abuse and neglect of three children ages 4-8. The case was harsh, high-profile and gut-wrenching.

“Carrie didn’t even blink an eye, she just asked, ‘What do I need to do,’” Penny says. “She didn’t care. She just said, ‘Give me the greatest need.’” 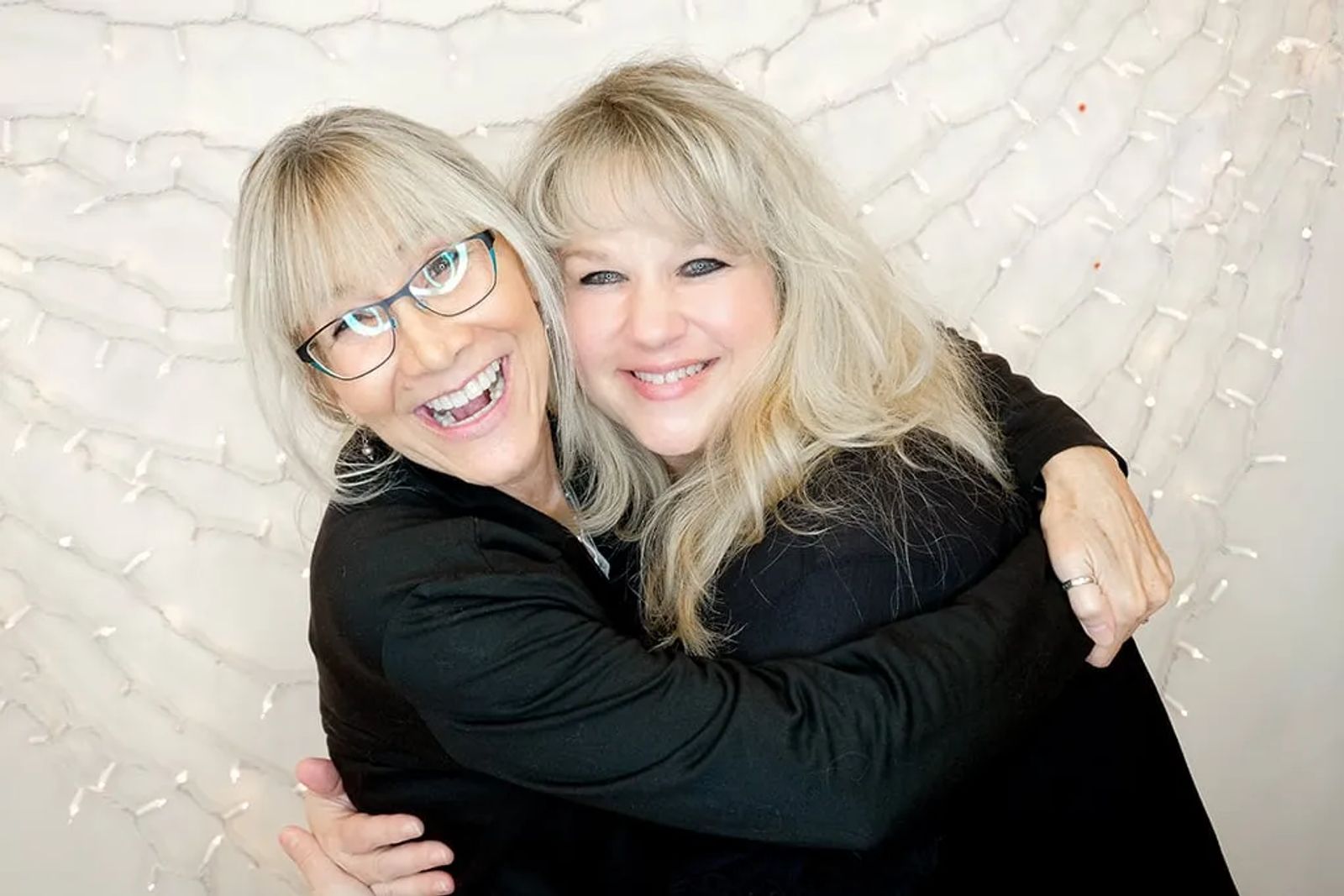 In the end, Carrie worked to gather statements from those involved with the children and provided the judge with all the information he needed to make a good decision, Penny says.

“The only constant in these kids lives is the CASA volunteer,” Carrie says “As they move from home to home, I move with them. I’m their constant.”

“She’s unwilling to stop the fight for people until everything is as it should be — until everyone is safe and whole,” Penny says.

A WORK IN PROGRESS

Carrie admits that juggling family, work and volunteering can make taking care of herself a challenge.

“If you don’t keep yourself happy and healthy how can you help others? I’m still learning that,” she says.

Several years back, Carrie turned to roller derby as an outlet. Although it had been 30 years since she had even put on a pair of skates, Carrie took to the rink like she’d never quit. She competed with the Billings Roller Derby Dames. Her derby name was “The Riginator” and she was a blocker on the squad. Carrie was the oldest and the heaviest woman in the league.

“I was feared on the track and that sounds weird because I’m so loving and compassionate, but when I was on the track it was game-on!”

Carrie’s infectious, fun personality and endless energy made her the perfect spokes-dame for roller derby, and she was the league president for two years. Carrie retired about a couple of years ago, on her own terms. The Dames disbanded shortly after. These days she’s traded her skates for a yoga mat, where she feels the same strength and empowerment.

“It’s my time where I can leave everything at the door,” Carrie says. “It’s my sanctuary.”

During her 12-hour shifts at the hospital, she tries to squeeze in at least one walk outside. She’s a big reader and unwinds with her husband and children when they’re home from college. Carrie also does daily affirmations. 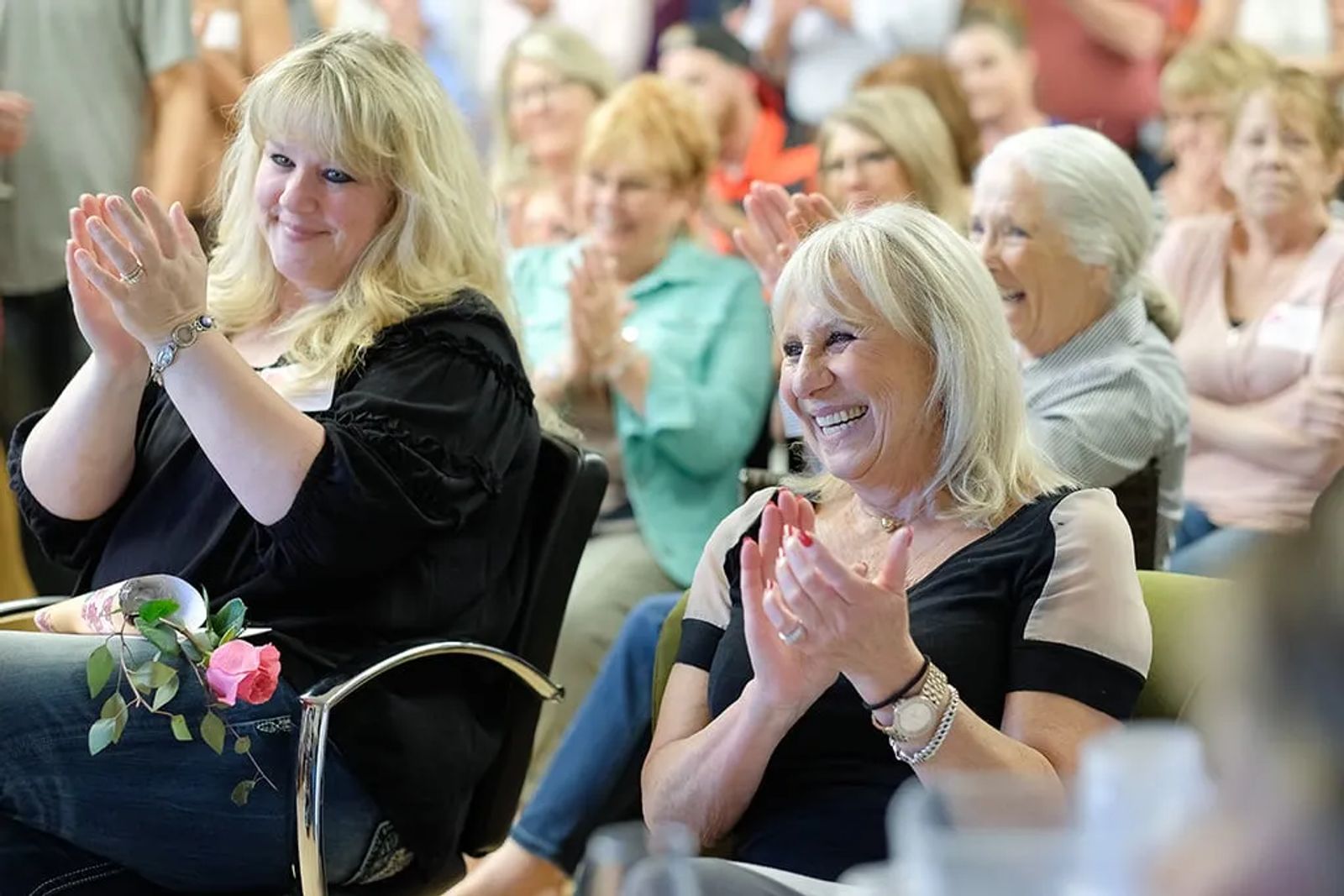 “Every morning I make myself look in the mirror and tell myself one thing that I’m proud of myself for,” she says. “Something as little as that, and you start appreciating yourself more. I think women — we’re not appreciating life. You have to take care of your body, your mind and your soul.”

Carrie recently embarked on a weight-loss journey. She’s lost 35 pounds but is still 30 pounds from her goal. Her goal is to lose enough weight to qualify as a kidney donor for a friend who is on dialysis. They’re the same blood type but doctors won’t consider Carrie at her current weight.

“If it’s not meant to be, that’s fine, but I feel like I love her more than I love myself — I never would have started this journey for myself if it wasn’t for her. It’s a journey for both of us,” Carrie says.

Carrie is still as focused now on saving the world as she was in 1994, but her approach is a little different than she expected it to be.