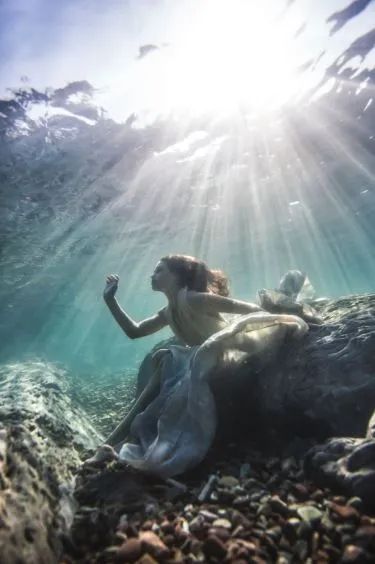 When Jenna Martin was accepted into medical school, she knew. She was on the wrong path.

With seven years of undergraduate and Master’s work in psychology (and $40,000 in student loans) behind her, she tried to brush it off. But the feeling that something wasn’t right wouldn’t leave her.

“I told my husband, ‘If I don’t do something creative with my work, I am going to collapse inside myself like a dying star,’” she once said.

Jenna’s now 31, and it’s been four years since she abandoned the path that would lead her into psychiatrics. From a list of creative careers, she chose to become a photographer. She didn’t own a camera or have any experience in professional photography. “I just went head on. I treated it like I had treated going to medical school.”

Jenna wasn’t worried about having an eye for photography or not possessing some innate skill. Her time studying psychology taught her that skills, such as willpower, can be created through practice.

“It’s the same with creativity,” Jenna says. “Everyone is creative. Everyone has these skills. Every time you do something, that strengthens it.” 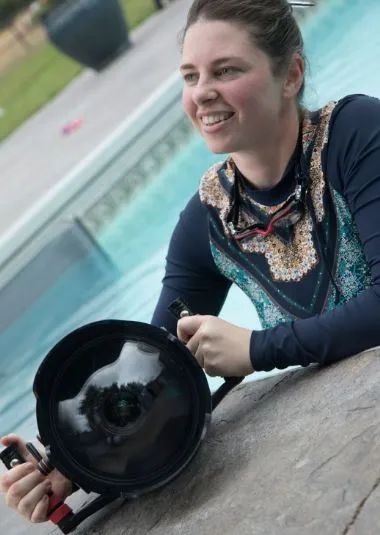 She started shooting a little of everything: landscapes, pets, families, weddings. “I was trying to figure out what was more interesting to me and what I could make money at.”

Jenna’s path has been one of gut intuition and focused dedication to building a style and genre of otherworldly photography that has become her niche. The body of work she’s created is fantastical. She separates reality from her work, making dreamscapes from photos. Her images feature expansive landscape and magical people hovering between reality and imagination. Underwater, Jenna uses liquid as paint, submerging her subjects in pools, lakes, and oceans. She’s built a business of imagination. She’s also built a business that makes money through workshops, portrait sessions, and fine art.

Jenna started with the basics, doing family portraits and weddings. But it wasn’t the kind of work that she could imagine doing for the next 30 years. “Did I just make the wrong career choice, again?!” This wasn’t the first time she had changed course. In college, Jenna was originally majoring in aerospace engineering.

“I had friends majoring in music and art. I was always angry, and I couldn’t figure out why I was so upset. I didn’t recognize it as jealousy. They were doing something they truly connected with and loved, and I tried to shove that to the background and just choose a good, stable career.”

Two years into her career shift, it was time to reevaluate. She emailed 63 photographers, and three met with her. “All three said photography is a horrible career choice,” Jenna recalls. One photographer, Jill Nauman, offered Jenna an internship.

“She is a genius with light,” Jenna says. “She is conscious of where light is coming from all the time. I got lucky. I was being trained to pay attention to the light.”

When Jill showed Jenna the secrets of editing newborn photography, everything changed. “I thought, ‘Oh my God, you can do anything. You can take out whatever you want.’ It opened up this whole world.”

Jenna primarily works underwater. When she began, there weren’t many resources for that type of work—mainly GoPro tutorials on how to take underwater photos of fish. She found elaborate, expensive underwater housing for cameras, but didn’t want to invest in the gear initially, so she made her own out of PVC and Plexiglas. The setup had an automatic shutter release, and Jenna’s first attempt netted 10,000 photos. Three were usable. 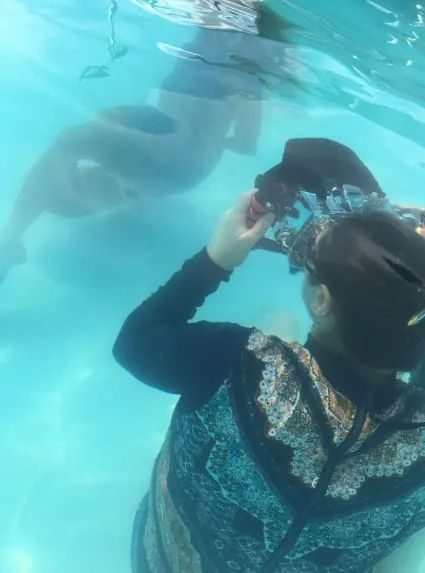 Kate Olp was Jenna’s first underwater model. To keep the housing underwater, Jenna had to sit atop it while Kate tried to look naturally beautiful underwater. A synchronized swimmer, Kate considered herself an experienced mermaid.

“I thought, ‘This will be easy,’” Kate says. “One of the things I had to realize is that you can’t breathe out through the nose. If you are not breathing out, it means water will go up your nose. It’s hard to look graceful and ethereal while water is gushing up your nose.” 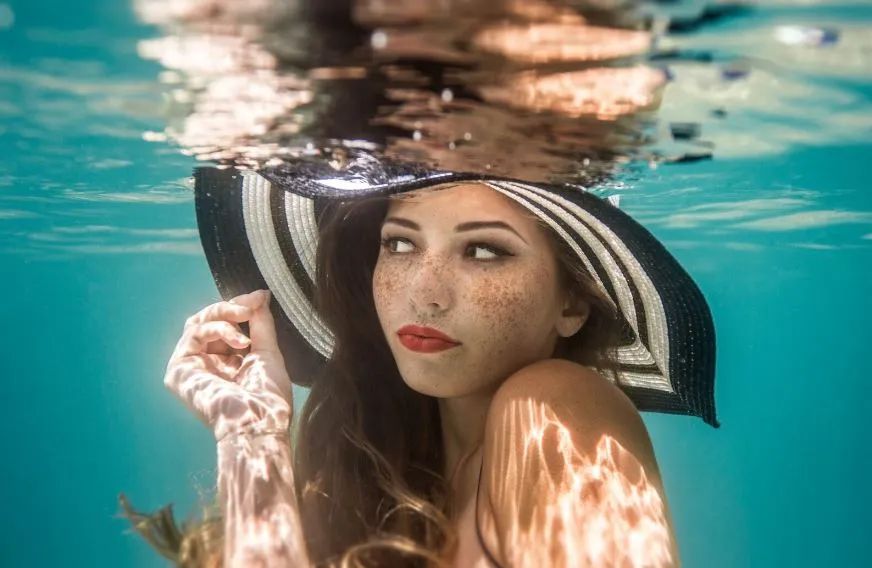 Kate has been submerged in a tub full of milk, photographed in an abandoned house wearing a sundress in February when it’s snowing, has participated in a conceptual fashion shoot where her dress was composed entirely of purple cabbage—to name a few.  Jenna would have an insane idea, and Kate would have an enthusiastic yes.

“I like the collaborative process that is required to create and do what she does,” Kate says. “Working with her taught me that enthusiasm and imagination can take you to some pretty great places.” 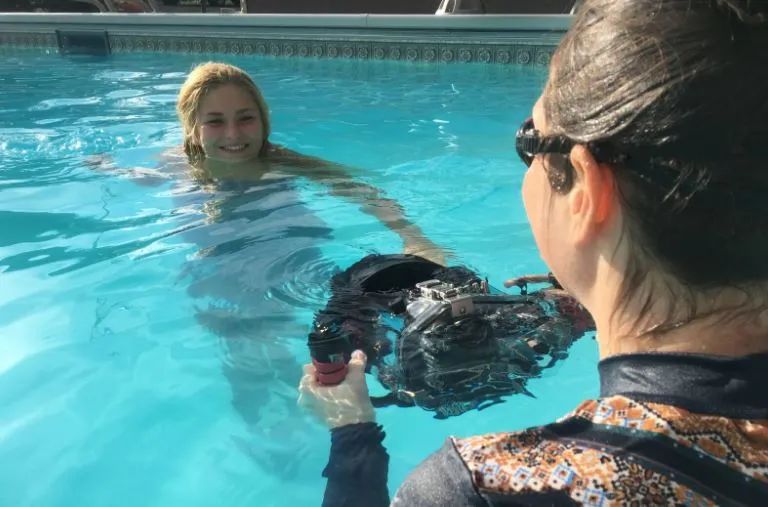 What Jenna asks of her subjects can be uncomfortable. Spending long hours underwater is cold, taxing, and vulnerable. The majority of the images will be unusable.

“Jenna establishes trust quickly. She is with you,” Kate says. “She goes to that same place. Whatever crazy idea she comes up with that requires discomfort on my part requires just as much on her part. She is in the water all the time. She never complains and she never is scared to go there. Her enthusiasm is so contagious.”

In June, Jenna, Kate and a crew that included two other models flew to Greece. There Jenna hosted a six-day workshop on underwater photography. She’s got another on Catalina Island in July, and a sold-out Bali workshop was to take place in April, but due to the Zika virus, Jenna elected not to travel. She was pregnant at the time with her daughter, who is now eight months.

Reflecting, Jenna says, “When I went back to basics and asked, ‘What do I want in this job,’ part of it was to be my own boss, be artistic and I really wanted to travel. How can I get paid to travel and it’s just part of the job?”

Jenna has flown across the world for photography. She’s worked in Hong Kong, Australia, Brazil, the Bahamas, Fiji, Florida, Hawaii, among others.

Ikelite, a company specializing in underwater camera housing, sponsors Jenna. She sent the company her photos for three years before they wrote back. Finally, they replied, saying they loved her work and asked if she’d be an ambassador for them. Her work has been licensed for book covers, albums, and has been displayed in galleries around the country. In Billings, Underground Culture Crew has some of her art hanging.

Jenna grew up in Hamilton on a horse ranch in the mountains. She went to Utah State, played on the softball team, and transferred to MSUB, where she obtained a degree in psychology and in health and human performance, with a minor in coaching. Her master’s is technically not complete, as she switched careers during the last internship in psychiatric rehabilitation.

“We think that this time we put into something commits us to stay in that thing, that past time is an indication of how much time we need to put our future time in,” Jenna says. “I spent all this time in college, spent all this money, and it seems like it’s for nothing, but there comes a point when you have to accept it might have been for nothing and that really sucks but that doesn’t mean I have to spend the next 20 years doing it.”

Jenna gets questions about her choices. People on the Internet are not always kind. “Why would anyone do this? What is the point?” She’s not afraid to look at her path and explain her process. She’s built the life she wanted traveling, creating, and teaching, all while being paid. 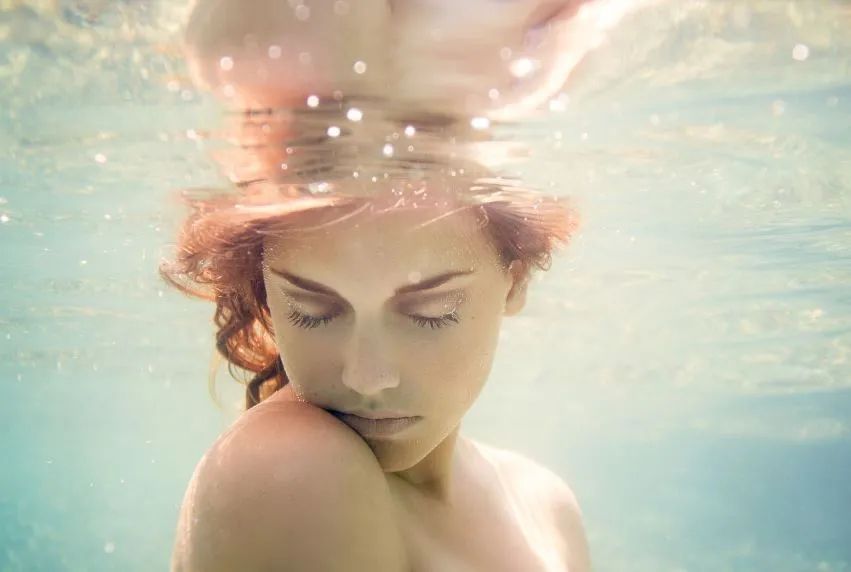 “There is need and want,” Jenna says. “We need doctors. When you say you’re going to be this, people say, ‘Yes, we need this in the world.’ People need medical treatment, but they don’t need to have art on their walls. You end up with a lot of people who don’t understand how you can make a living doing something because they don’t see themselves contributing. They have never had that need in their life."

"Jenna creates art because she wants to,” says Kate. “She decides to make a dress out of cabbage, so she does. She wants to challenge herself, so she picks the most difficult form of photography and becomes a master at it.”

“Sometimes it’s difficult, especially somewhere like Montana,” says Jenna. “No one needs underwater portraits. But there is an audience for anything. I have to search outside this realm a bit to find a market base. We limit ourselves by saying there is no market.”

Jenna’s fierce. She’s enthusiastic. And she elicits trust quickly so when she asks, the answer isn’t, “Why?” It’s “Why not?”

TO FIND OUT MORE: jennamartinphotoblog.com