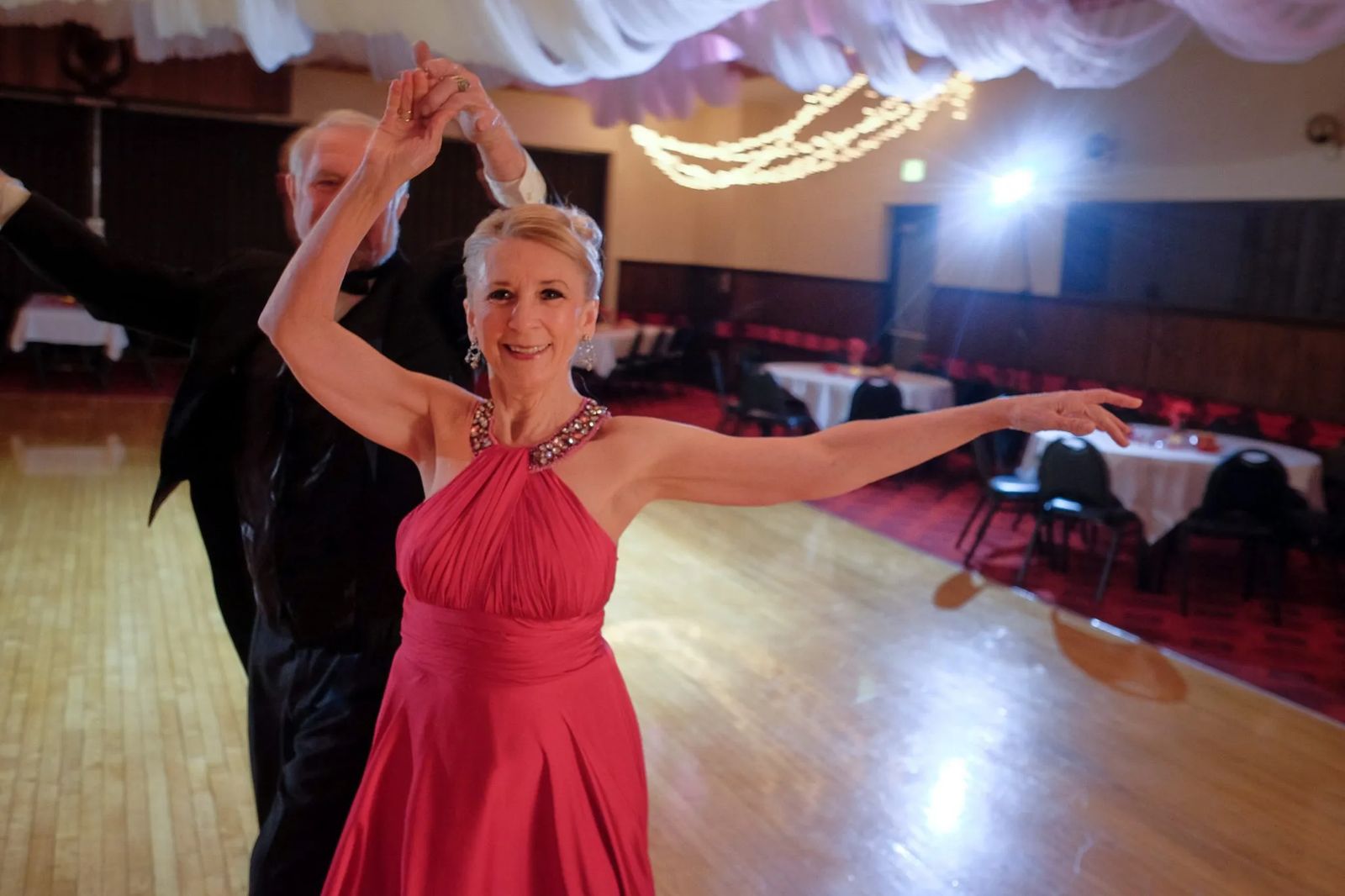 Her beautiful red gown with collared jewels sparkles in the light as the petite blonde waltzes cross the room as though dancing on a cloud.  Sleek coiffed hair shines each time she turns her head in the direction her partner leads. With each graceful step her radiant smile expresses pure joy. Her poise and confidence define the elegance of the dance. She dances like there’s no tomorrow.

You’d never guess that Dr. Mary Gaddy, renowned neurologist and chairman of the neurology department at Billings Clinic, was, at one point in her life, terrified by the sheer thought of the human touch involved with this dramatic art. Actually, it wasn’t so much the dancing she found alarming. She had enjoyed dancing as a kid while growing up in Missouri. What caused her disdain was considering the close proximity of a dance partner.

“Everything I believed in was put in question,” explains Mary, referring to a painful divorce that was casting its dark shadow over her life. “It was devastating to me, so, having physical contact was not easy.”

Mary found herself shying away from social activity. Thankfully, her professional career fulfilled some of the loneliness she felt. “My patients have told me things they would never tell another soul,” shares Mary. “What a privilege is that! Like my mom had told me, ‘the only one in the entire room that’s important is the patient.’”

The passion she holds for her work and for her patients was a saving grace. Mary’s faith also saw her through the tough times. She remembers teaching a Bible study class to women she’d come to know through the Walk to Emmaus (a Christian spiritual renewal experience).

“These friends were there for me when I was going through tragedy. They would come to the clinic while I was working on call. They finally told me that I needed to do something besides work. They said, ‘You have to pick something that you like.’ I had danced in 4-H Club when I was young, so that’s what I picked,” laughs Mary. 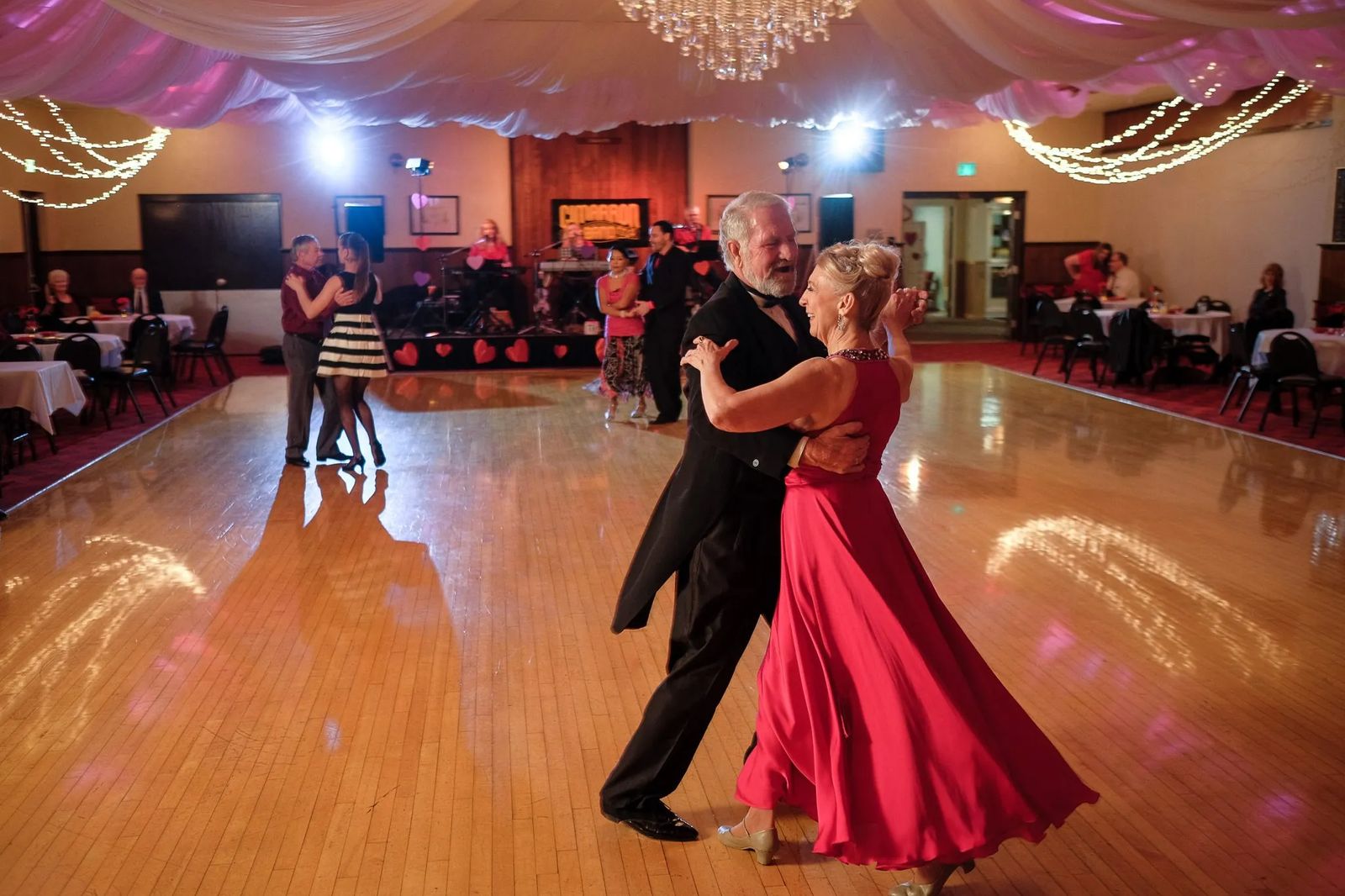 Mary called a local dance studio. “I took my first lesson on October 18. I was terrified,” she says laughing at the 13-year-old memory. Adding, that she had discovered, “Dancing is a civilized way to establish human contact at an arm’s length!”

The first lesson “wasn’t so bad,” admits Mary. It came down to “seeing if I could get the rhythm.” It also came down to dance instructor Lorn Welch of Montana Dance Studio being able to honor his student’s request for minimal touch.

“Our palms were out and that’s how we danced the rest of the lesson.  This was the first flicker of joy I’d felt in a number of years,” rejoices Mary. “Dancing helped saved my life.”

Dancing gave Mary an entrance back into the social arena. “When one is fractured so much, fitting back in society is very difficult,” she remarks. However, the healing process had begun. Tossing her head back, a smile of thanks spreads across her face. Reflecting on an exchange with Lorn during that initial lesson, she says, “When I asked Lorn if he thought he could make me a dancer, he said, ‘yes.’”

That flicker of joy, that positive word spoken opened a storeroom of hidden treasures. “The music and the kinesiology, the movement, brought back good memories to me. It was a conduit for a lot of good memories,” relates Mary.

“Before, I had horses and I saw how humans and horses are in sync. It’s the same with the frame (in dancing). There has to be timing, frequency, swing and sway – all in rhythm. You must be in sync with your partner. It’s incredible. Then, you share it with other people.”

Mary and Lorn have shared many priceless moments that have in turn been shared with people in and around Billings. They’ve competed eight years at Big Sky State Games, of which Mary says, “dancing is the pretty sport.” They continue to perform at local spots like the Elks Club. And, Mary also competes with another dance partner. 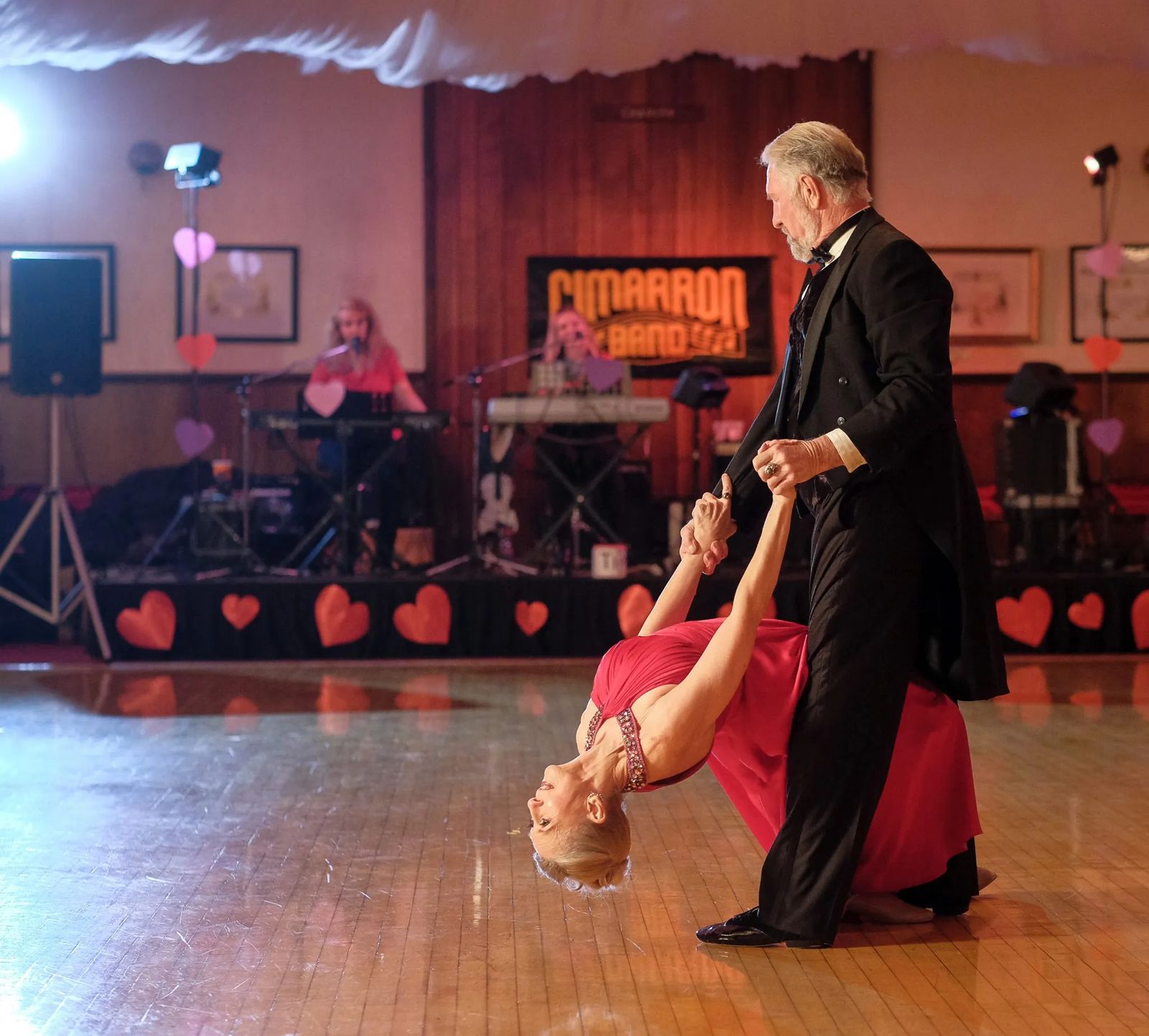 Michael Shultz of Kansas City, Missouri, and Mary compete regionally and nationally. They’ve danced together for over a decade, thrilling audiences coast-to-coast and winning their share of placings (awards). They’ve mastered the Rumba, Quickstep, Cha-Cha, Waltz, Fox-trot and Tango, just to name a few of the distinctive styles of competitive dance. They’ve performed in countless venues including one of the world’s largest ballroom competitions, the Ohio Star Ball in Columbus, Ohio.

You might ask how one woman can possibly maintain such a challenging schedule. Mary defines her life as “very peaceful” with all she has going on. Even though it takes stamina, skill and strength to accomplish such worthy vocations, Mary evokes the message her mother instilled in her, “you can do anything you want to do.”

Climbing the summit of Mt. Kilimanjaro is something Mary wanted to do. She’s achieved that goal not once, but three times. “It’s about the human spirit,” she says. “Life can be tedious or you can choose to feel joy.” 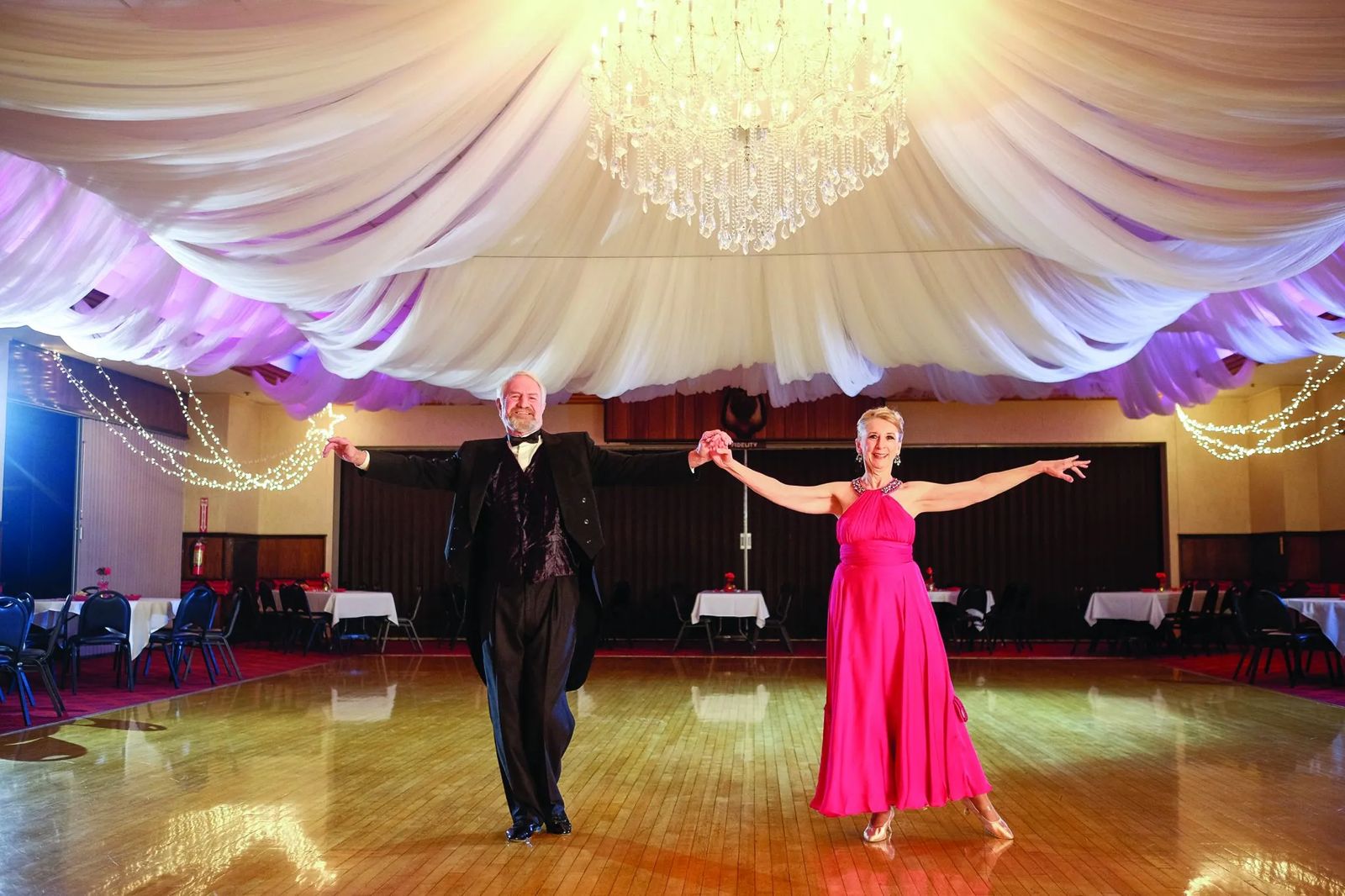 Mary appreciates the joy of living.  She feels the joy of dancing like there’s no tomorrow. It has opened her eyes and her heart more than ever. Thinking quietly for a moment of how dancing equates with life, she says, “My two cats and I hike. On a recent hike, I kept telling them, ‘guys, the trees are talking.’ It was so lovely out. At home that night, the Scripture I read said, ‘you will go out with joy and be led forth with peace. The mountains and the hills will break forth into shouts of joy before you, and all the tress of the field will clap their hands.’