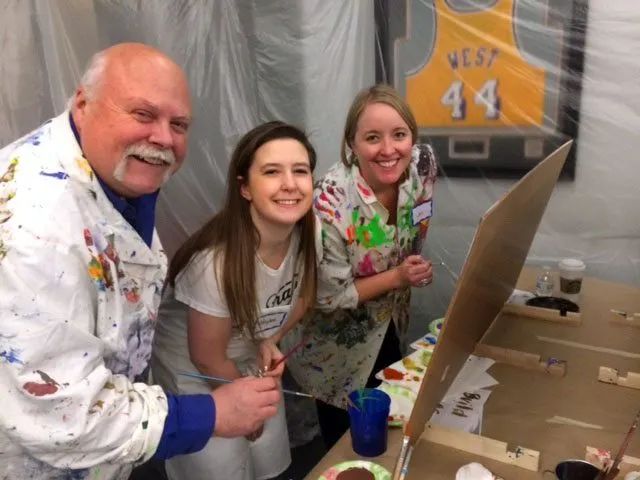 On a brisk Thursday evening, colorful quiet took over the offices of First Montana Title in downtown Billings. Business leaders from all types of industries, along with social workers, college students and concerned community members gathered around artist canvases and donned painter’s smocks with one focus, to take a good hard look at the issue of child welfare and “figure it out.”

At that precise moment, more than seven hundred foster kids continued to wonder if their dreams of a forever family would ever come true. In Yellowstone County, the caseload social workers face continues to skyrocket. Ninety percent of all cases involve drug abuse, more specifically methamphetamine. When a child is rescued from an abusive or neglectful situation, it’s not uncommon to have all emergency foster homes exhausted. Oftentimes, social workers find themselves sleeping on the floor of their offices with children in tow, simply because there’s not a safe place to take these children.

“This is a radical experiment,” Jennifer Owen, Executive Director of Billings Head Start told the group. “The number of children in foster care is shocking but those children whose situations aren’t investigated is far more shocking.” Owen says many a night when she rocks her 3-year-old to sleep, she thinks about those cases. It was during that time she told herself, “If God kept interrupting my most precious moments with my son, I knew something had to be done.” 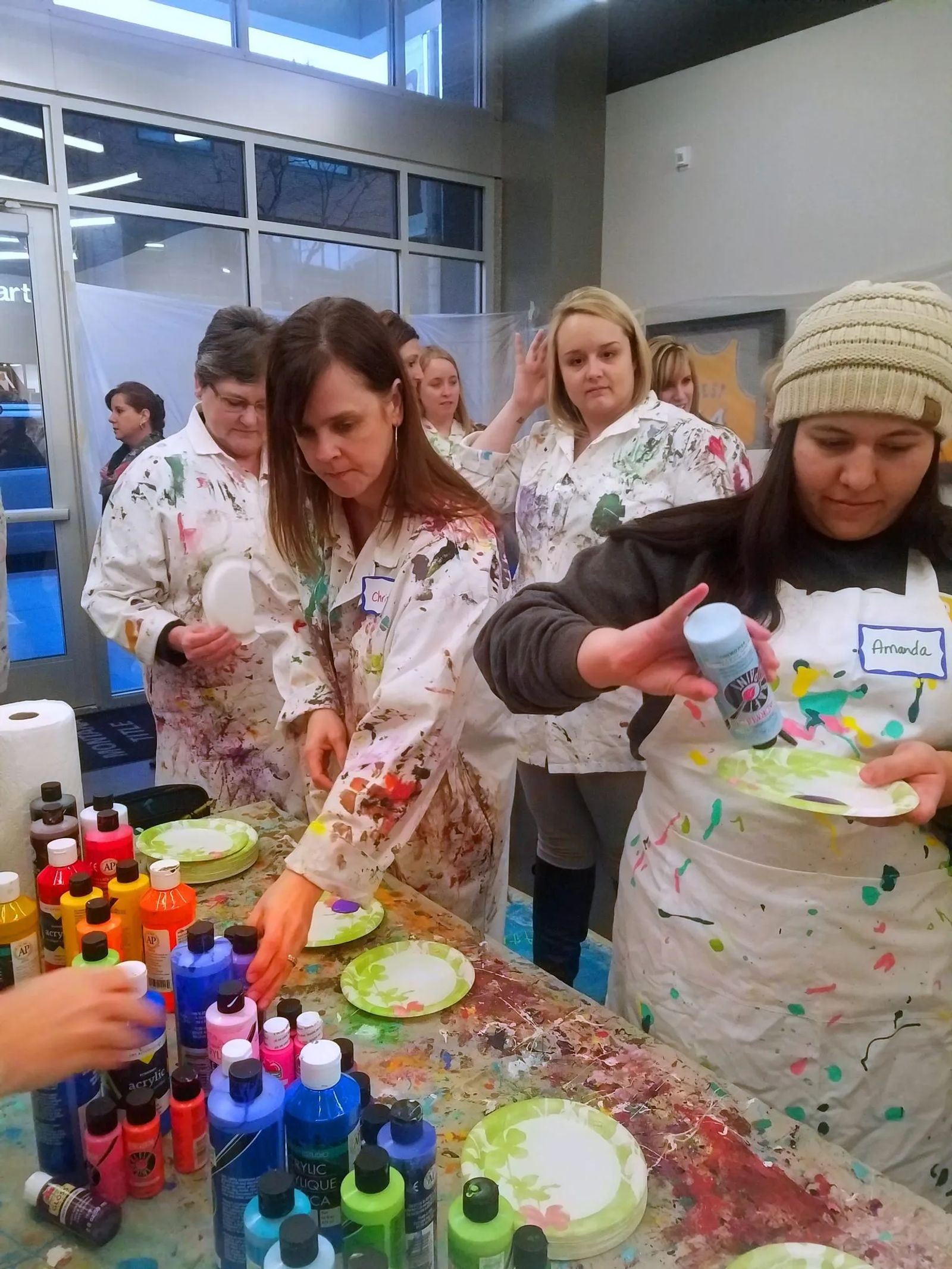 “Figure It Out” is the brainchild of Owen along with Jennifer Reiser of the Billings Chamber of Commerce and Karen Grosz of Canvas Creek Team Building. The goal would be to unite members of the community around an artistic cause to build relationships, see common ground and paint a vision to help solve what’s ailing the child welfare system. Grosz felt a creative outlet followed by serious conversation might just be the formula to spark community change.

“I work with business people every day who have no idea that this is going on in Billings,” Grosz says. “I thought, if we can get those people in the room, they can help us solve the issue. This does just capture the heart. There’s no way that you can’t want to help children.” 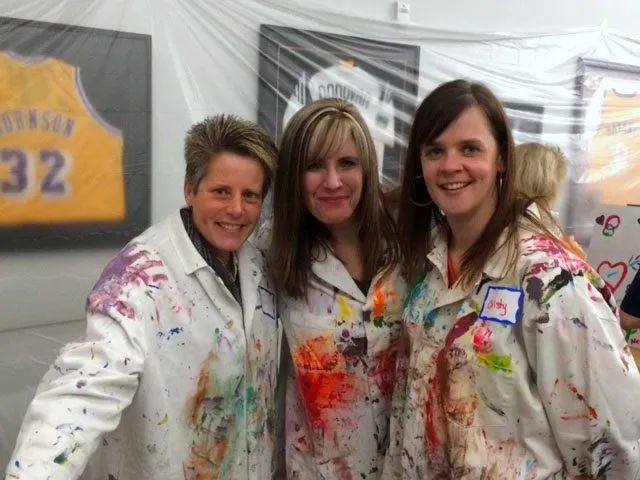 It was a concept that Owen bought into immediately. “I think we generally think of social problems as being solvable by the social sector or by the governmental sector,” she says. But, in this crisis, Owen says, “I think it is radical for a social service leader to say, we need another side of the community at the table because we are not enough.”

There in the crowd, Child Protective Service workers listened and offered a stark look at what they face day in and day out on the job. Business leaders in turn listened and by the end of the two-hour session, ideas bubbled to the surface. From a receiving home to care for children in the hours after they’ve been removed from their home to public service campaigns to spark prevention, along with education to try and curb the devastating effects of drug abuse.

Child Protection Specialist Supervisor Jennifer Weber sat with emotion, feeling she just found some new friends in the fight. “I think the hard thing is we do fight alone. That’s the nature of the work we do to some extent. To have people invested enough to even have the conversation is huge.” She added, “Whether it is verbally, financially, with prayer, or by stopping negative talk, everyone is capable of supporting this effort and I think it needs to start there.”

When Owen talked about what she sees on a daily basis at Head Start she admits she saw shock in the crowd. With passion in her voice, she told the group, “There is a cascading impact throughout our community by the most vulnerable people being hurt.” With that shock, however, came conversation full of empowerment and hope.

“I was so encouraged,” Owen says. “We saw tremendous ideas, innovative ideas. Business people, community leaders, college kids — all talking about the kind of community we all want to live in. That is tremendously uplifting.” With the next “Figure It Out” session already on the calendar, Owen says, “I am excited to see where this goes.” 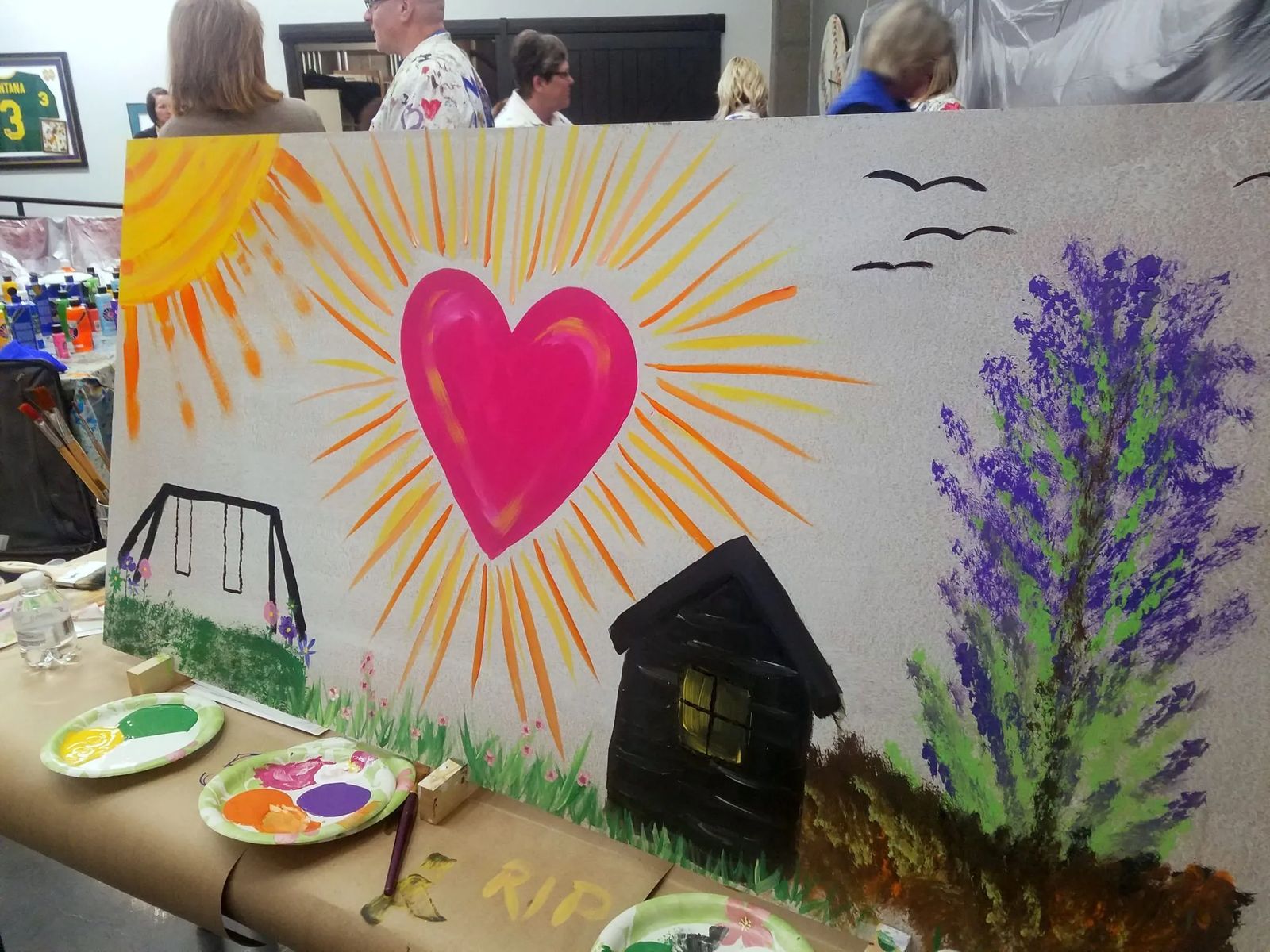 WANT TO HELP IN THE FIGHT? THERE ARE MANY WAYS TO HELP

If you want to have a voice in making our city safer for our youngest and most vulnerable residents, you can join the ‘Figure It Out’ effort. If you’d like to lend your ideas or time, all you need to do is email Shelley Pierce at shelley@canvascreekteams.com to get involved in the next community conversation.

Want to give financially? A Facebook page has been set up for service providers and community members to post needs. It can be something simple like a plea for newborn diapers for a single mom in need. Open up your Smartphone or computer now and please “Like” the "I'll Help! – Billings” Facebook page. Help us help children and families in the Billings area foster care system and when you see a post that you could roll up your sleeves and help with, please do.

Lastly, when social workers remove children out of dangerous and emergency situations, oftentimes those children leave their homes with nothing but the clothes on their backs. Workers stuff what they can in garbage bags as quickly as they can. The state budget doesn’t allow for major purchases to outfit these kids with new wardrobes or material needs. COULD YOU HELP? Social workers would love gift cards to places where they can purchase clothes and personal care items. Since workers have no idea what age, size or gender their next child welfare case might involve, these gift cards help provide for that child at a moment’s notice. They would also love fast food gift cards in small denominations for children who may have to wait in the office while workers try to find a placement. Blankets are nice. Teddy bears or stuffed animals help soothe. And, backpacks or duffel bags help a child have something other than a garbage bag for their things. School supplies help those foster families who might not have had a chance to pencils and notebooks prior to a foster child starting a new school day. Can you help provide any of those things? If so, call the Department of Child and Family Services at 406-657-3120.