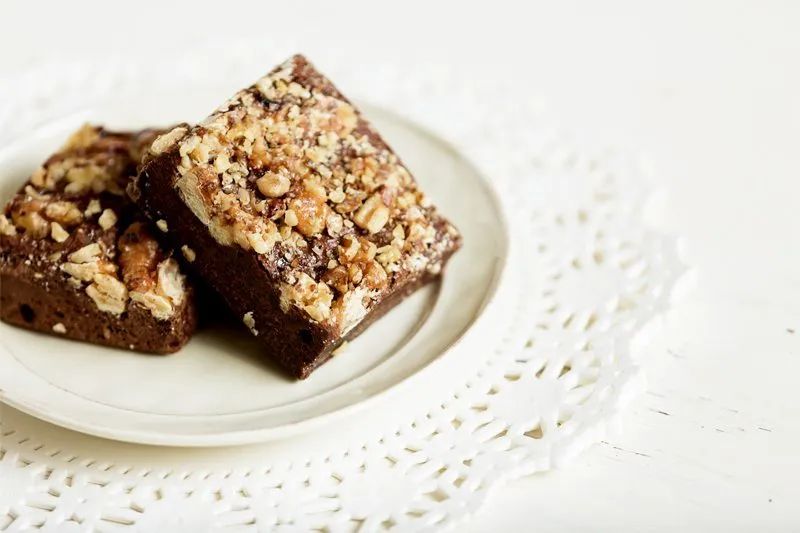 Here’s to you, Mrs. Palmer! Just in case you didn’t know it, Bertha Potter Palmer, a wealthy Chicago socialite had a desire for something different for lunch box fare. Thanks to her and an unknown pastry chef at the Palmer House Hotel in Chicago, we have an iconic All-American dessert that is possibly even more American than apple pie.

It is the brownie.

Bertha, the wife of Potter Palmer, owner of the Palmer House Hotel, was the President of the Board of Lady Managers for the Women’s Pavilion during the World’s Columbian Exposition of 1893. At the time, she charged the pastry chef at the Palmer House with creating a dessert, easier to eat than a piece of pie and smaller than a layer cake for the ladies’ box lunch. I don’t know what the chocolate and walnut creation with an apricot glaze was called, (the first reference to “brownie” in America came in 1898 in the Sears Roebuck Catalogue published in Chicago) but it is still served at the Palmer House Hotel to this day.

This box lunch beauty is so versatile. It is a chocolate canvas where one’s creativity can run wild. Frost it with chocolate, vanilla or use both by setting the first frosting layer in the refrigerator to firm up before adding the second flavor of frosting. Chocolate and mint also make a dynamic duo.

The ingredients you can add to the batter are endless. A teaspoon of instant espresso powder adds an extra kick to the chocolate flavor.  My Chocolate Syrup Brownies use syrup instead of cocoa or melted chocolate for moist flavor. A cook can add any favorite chopped nut like pecans, cashews, pistachios, walnuts or peanuts. Don’t forget the chips — chocolate, butterscotch or peanut butter. Caramel Brownies add a layer of chocolate chips and caramel for more flavor. How about 1/3 cup of chopped candied fruit — the kind you see at Christmas? I first saw that idea in a dessert cookbook from Maida Heatter, pastry chef, and cookbook author. She called them Christmas Brownies.

If you want a real kick, try Chelsea Roller’s Chocolate Brownies with Spice, which adds a spicy punch with chili powder, paprika, and cayenne. Chelsea works her magic down at the Annex Coffeehouse and Bakery next to the Fieldhouse on Minnesota Avenue.

For those who need gluten-free options, Tina and Krista Stetson at RaeRae’s Bakery, are a go-to source. The mother and daughter team are both unable to eat gluten, so their bakeries, both in Whitefish and in Billings on Rehberg Lane, feature gluten-free delicacies. Their Gluten-Free Fudge Brownie is as flavorful as its flour-filled cousin. 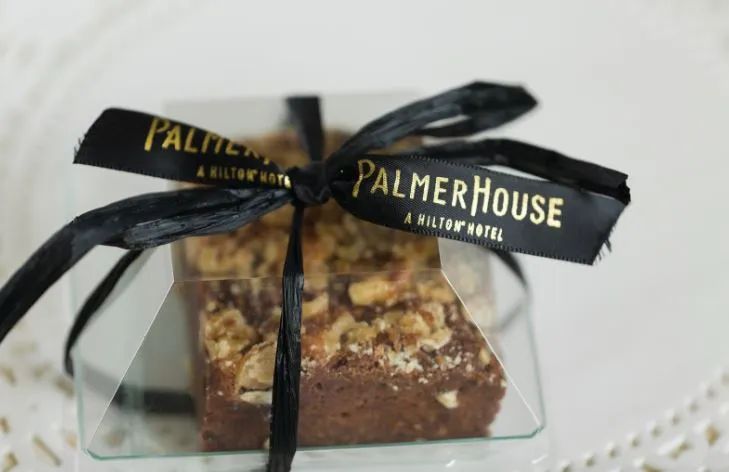 DIRECTIONS
Mix the chocolate and the butter in a double boiler. Mix the sugar, flour and baking powder in a mixing bowl. Add the melted chocolate/butter mixture to the sugar/flour mixture and mix for 4 to 5 minutes. Add the eggs and mix well. Pour the mixture into the baking pan. Sprinkle walnuts on top, then gently press them into the mixture by hand.  Bake the mixture in a preheated oven at 300 degrees for 30 to 40 minutes. The brownie is done cooking when the edges start to become a little crispy and the brownie has risen about ¼ inch. Note that even when the brownie is properly baked, it will test “gooey” with a toothpick in the middle because of the richness of the mixture. After removing the brownie from the oven, let it cool for about 30 minutes. Apply a thin layer of the glaze with a pastry brush.

DIRECTIONS
Mix the water, preserves, and gelatin in a saucepan, stirring thoroughly; bring to a boil for 2 minutes. Use while it is hot. TIP: the brownie is easier to cut if you place it in the freezer for 3 to 4 hours after glazing. 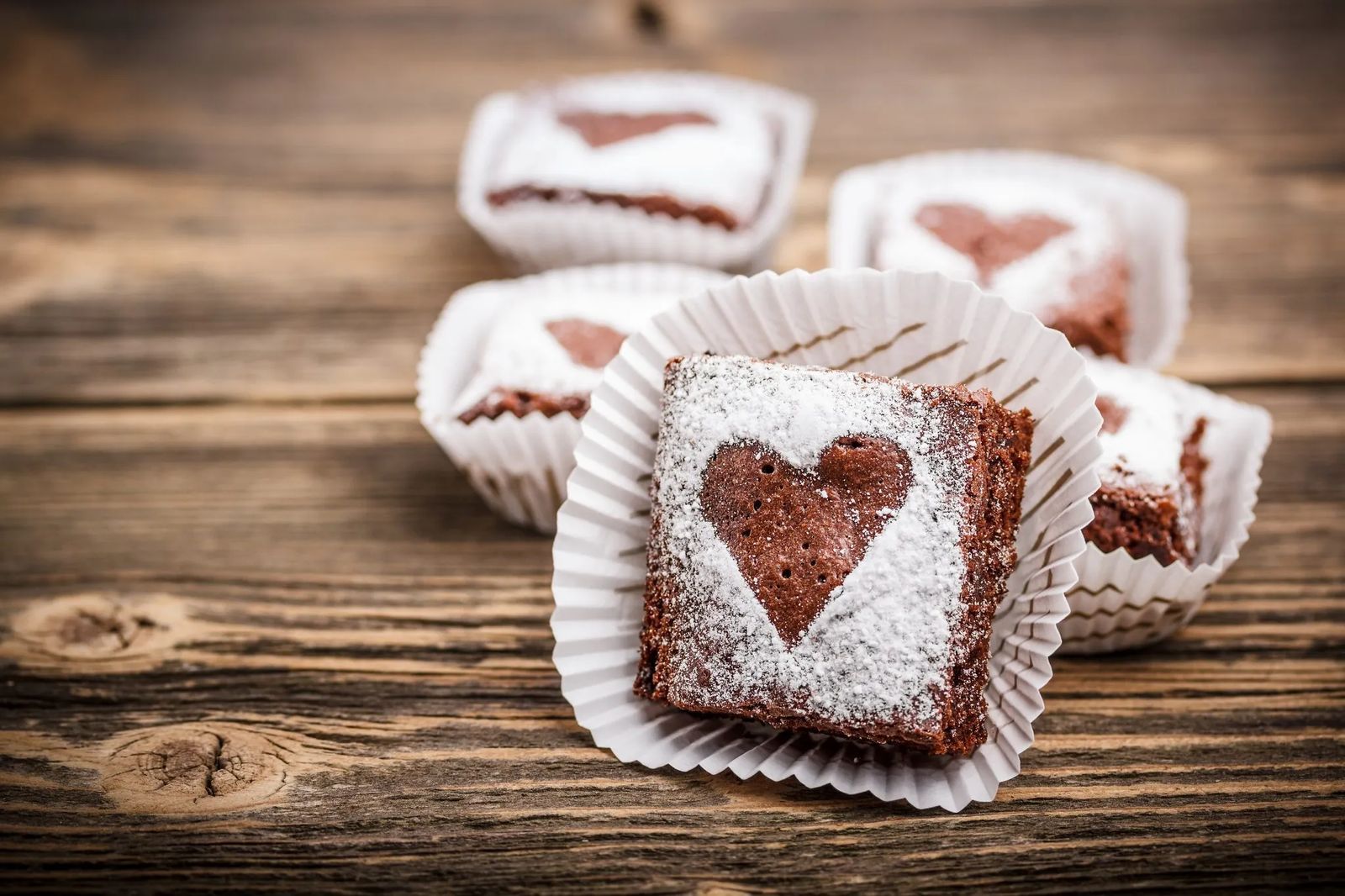 DIRECTIONS
In a small saucepan, cook organic butter, organic coconut milk, and organic cocoa powder until it boils on medium heat stirring constantly.  Once it boils, remove from heat and add the organic powder sugar and stir until all lumps are gone.  If frosting is too runny, add more organic powder sugar.  Spread over the brownies and let cool.

DIRECTIONS
Grease an 8”x11" pan and preheat the oven to 350 degrees. Place butter, chocolate and molasses in a bowl and melt over simmering water, stirring occasionally.  Once melted place aside to cool. In a standing mixer bowl, combine eggs, sugar, and vanilla.  Place over simmering water and whip until sugar has dissolved. It should be hot to the touch and around 180 degrees using a candy thermometer.  Place on stand mixer with whip attachment and whip on medium-high until cool and thick. Fold cooled chocolate mixture into the cooled egg mixture until streaky. Sprinkle salt over the batter. Sift dry ingredients (flour and spices) together and fold into the chocolate egg mixture in four stages. Pour into prepared pan and bake for about 50 minutes. For a special touch, sprinkle some raw sugar over the top before baking. 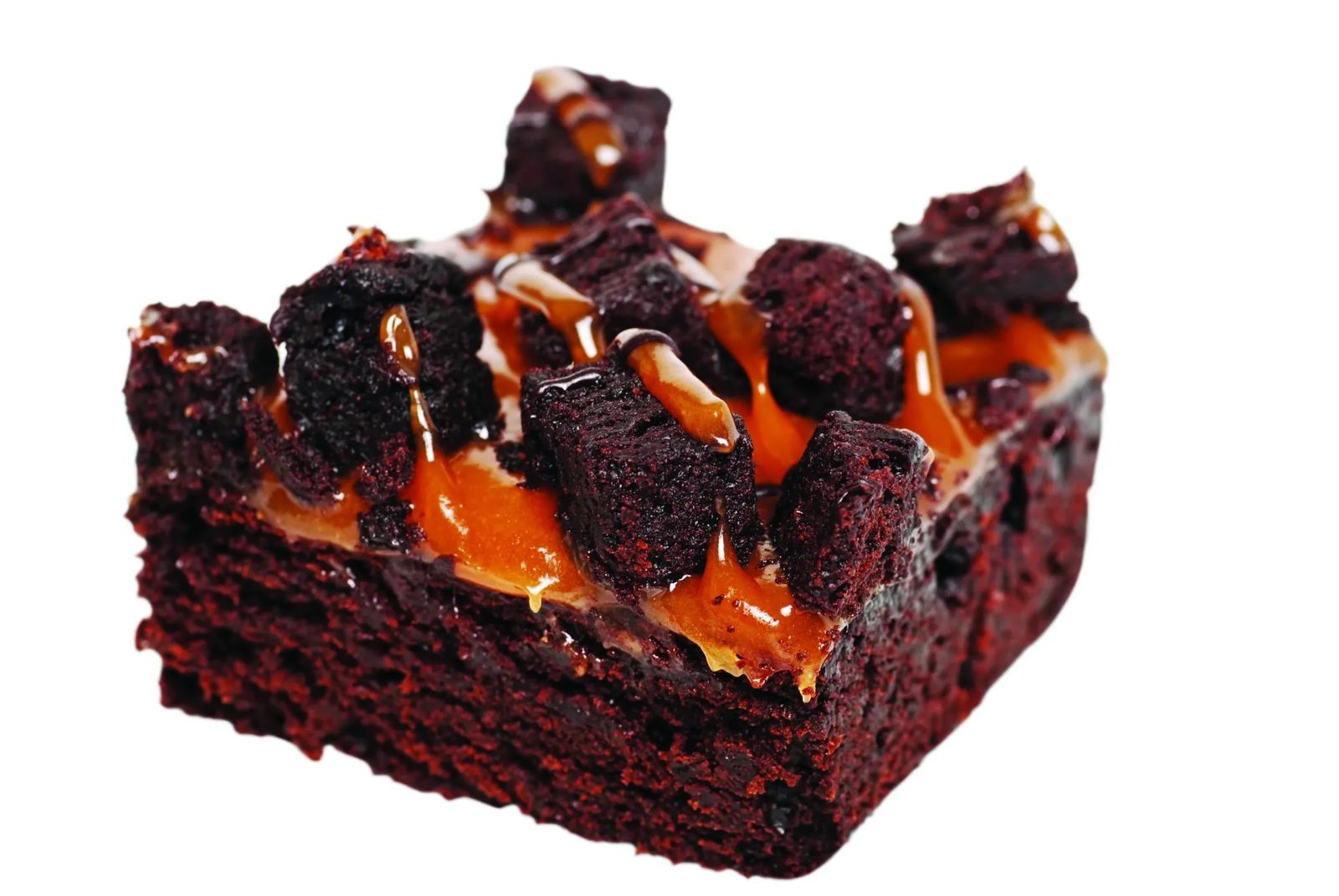 DIRECTIONS
Preheat oven to 350 degrees. Spray the bottom and sides of a 9”x13” pan with cooking spray. Melt 1/3 cup of evaporated milk and caramels until smooth. Cool slightly. In a food processor, pulse the cake mix, 1/3 cup of evaporated milk and the butter cut into cubes. Process until blended. Press half of the mixture into the prepared pan. Bake for 6 minutes at 350 degrees. Remove from oven. Sprinkle the chocolate chips over the baked mixture. Drizzle the melted caramel over the chips. Crumble the remaining cake mixture over the top. Bake for 20 minutes. Cool and cut into bars. The recipe makes about 32 brownies. 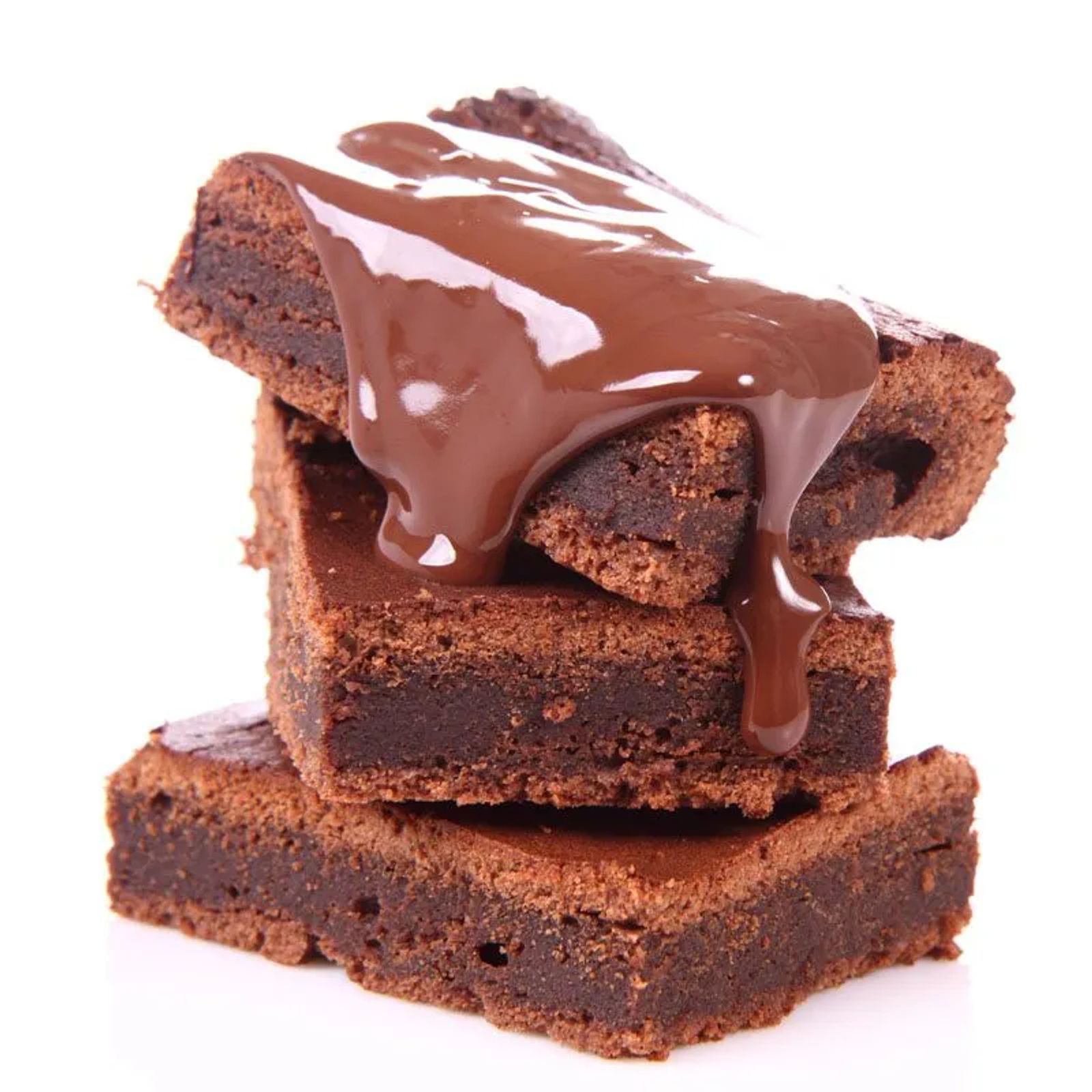 DIRECTIONS
Preheat oven to 350 degrees. Cream together butter and sugar; beat in eggs one at a time. Blend in syrup and flour; stir in nuts. Pour into a 9”x13”x2” baking pan sprayed with cooking spray. Bake at 350 degrees for 30 to 35 minutes. Cool slightly. Pour Quick Frosting over baked brownies and spread to edges. Cool before cutting into bars. Makes 32 brownies.

Mix 2/3 cup of granulated sugar, 3 tablespoons of unsalted butter, and 3 tablespoons of milk. Bring to boil over medium heat and let boil for one minute. Remove from heat and stir in ½ cup of semisweet chocolate chips until melted. The mixture will be thin. Use as a topping for Chocolate Syrup Brownies after brownies have been baked and cooled.