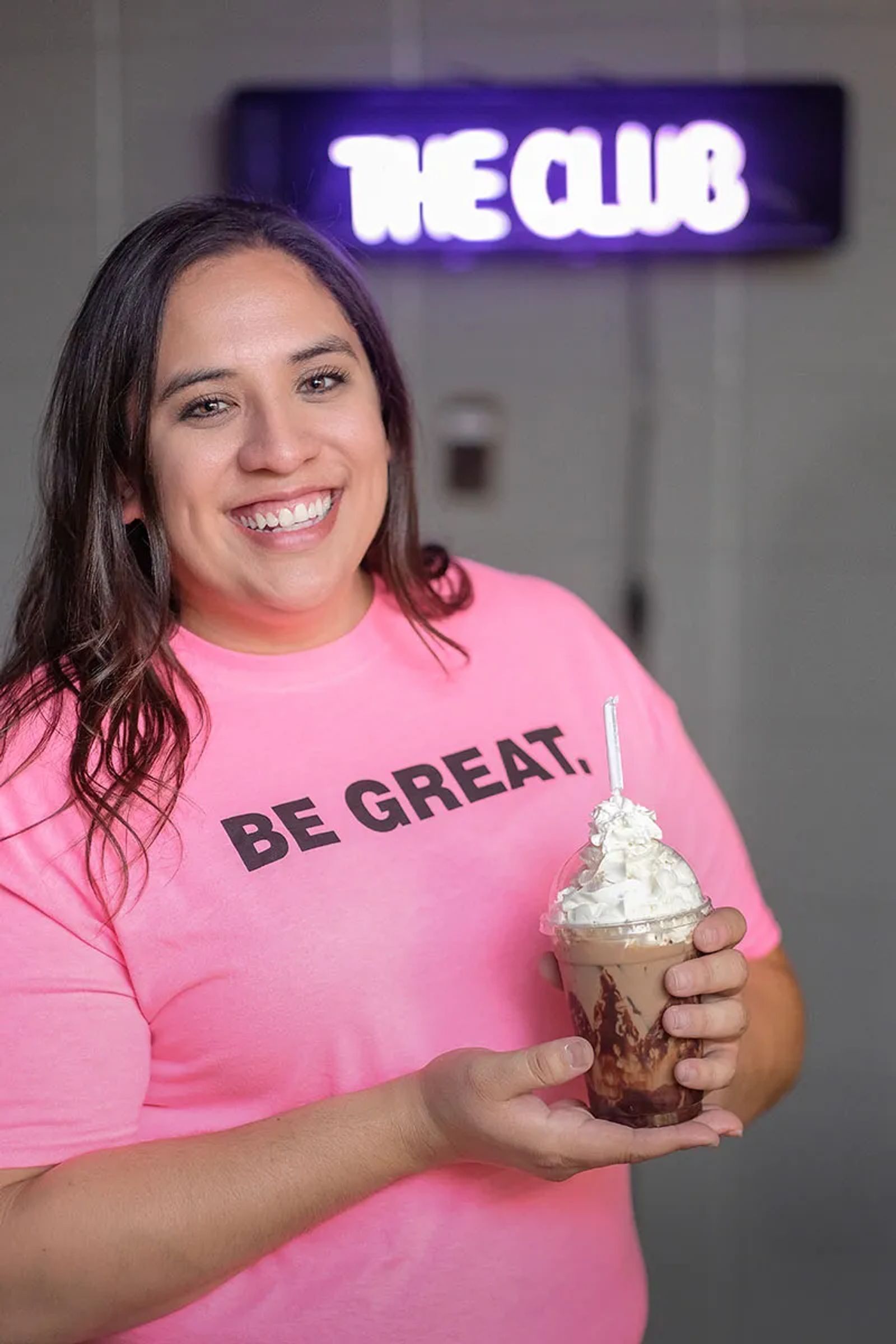 Juanita Sanchez does it with patience, time and a lot of snacks

When Juanita Sanchez says she loves working with teenagers, she usually gets a quizzical look of disbelief. Teens aren’t known for being easy to reach, but that’s OK with Juanita. She’s the director of Teen Services at the Boys and Girls Clubs of Yellowstone County and she says teenagers are worth the extra effort.

“The best part is knowing that they’re going through this really weird time in life when they’re not a child and not an adult and they’re trying to figure out who they’re going to become — being a part of that transition is amazing,” Juanita says.

Billings’ Boys and Girls Club has five clubhouses, four of which offer teen programs. Although the programs are open to anyone in 6th through 12th grade, most members in the teen program are in middle school. 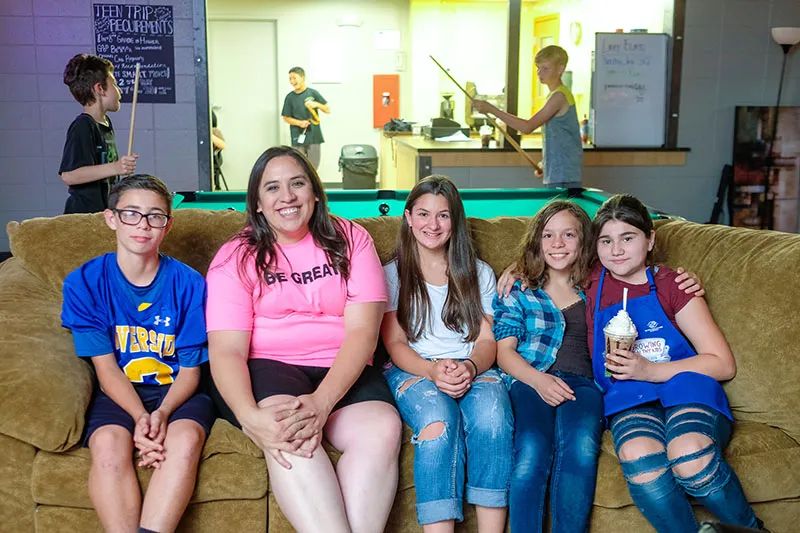 “We’re all about providing a safe place for them to be during the summer and after school, but also giving them opportunities they wouldn’t have outside the club,” Juanita says.

It’s Juanita’s job to come up with creative ways to engage teens and get them coming to the club, where they have something to do. She admits her best ideas are the ones that give teenagers a bit of freedom to pick their own activities. The teen rooms at each clubhouse are decked out by the teens — and that means wild, messy paint, twinkling lights and plenty of couches for crashing. There are places to play music, to play games, and space to just hang out and talk. They even have help if they want to catch up on homework while they’re there.

“The space is all theirs to do pretty much whatever they want,” Juanita says.

The coffee’s on and it’s great

Earlier this year, the teens at the Orchard Clubhouse opened the Teen Bean, a specialty coffee shop. They make drinks that rival those of Starbucks, and the space — made possible through a grant from Wells Fargo — is every bit as cool as any coffee shop in town.

Rocky Mountain College business students came for a consultation at the beginning, but since then, the kids did all the work to get the Teen Bean off and running, including coming up with a business plan, developing pricing, naming the shop, marketing, ordering supplies and scheduling. Through it all, Juanita says, the teens have really shown responsibility.

In order to be able to work at the Teen Bean, the teens prepare resumes and undergo an official interview. If they can’t show up for a shift, they have to find someone who can cover for them. So far, the coffee shop has raised more than $500. The teens also decide how to invest the profits.

Since getting involved in the coffee shop, Juanita has seen some behavioral improvements among those she calls her “goofballs.” They’re learning responsibility, and modeling that behavior for younger kids. 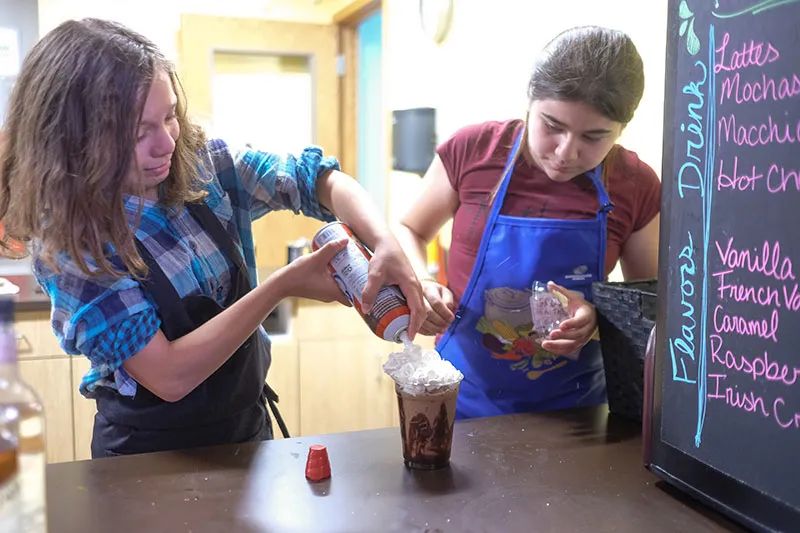 “It’s been amazing the changes we’ve seen in the kids,” she adds. “It’s showing throughout the clubhouse.”

The Boys and Girls Club slogan is “Be Great.” It’s a simple notion, but one filled with broad and lofty expectations.

“I feel like it encompasses so much,” Juanita says. “Be your best self. Be as great as you can be, and we can be the place where they can learn to reach their fullest potential.”

Juanita, 30, was born in California, but her family relocated to Miles City when she was young. Though her parents were married during her whole childhood, their relationship was rocky, and her father frequently left for long stretches at a time. Juanita’s mother raised Juanita and her three siblings on her own.

“She’s the strongest woman I know,” Juanita says. “She worked multiple jobs to support her family and still managed to be at all of my games and recitals and all of my brothers’ and sisters’ games and recitals. We never, ever felt like we went without.”

When they weren’t in school, Juanita and her siblings spent their time playing, unsupervised, with other kids in their neighborhood, and Juanita acknowledges that her mother would have been grateful to have a place like the Boys and Girls Club where her children could go.

“My own growing up has definitely had an impact on why I want to work with teens,” she says. “It has made me more able to relate to some of these kids.” 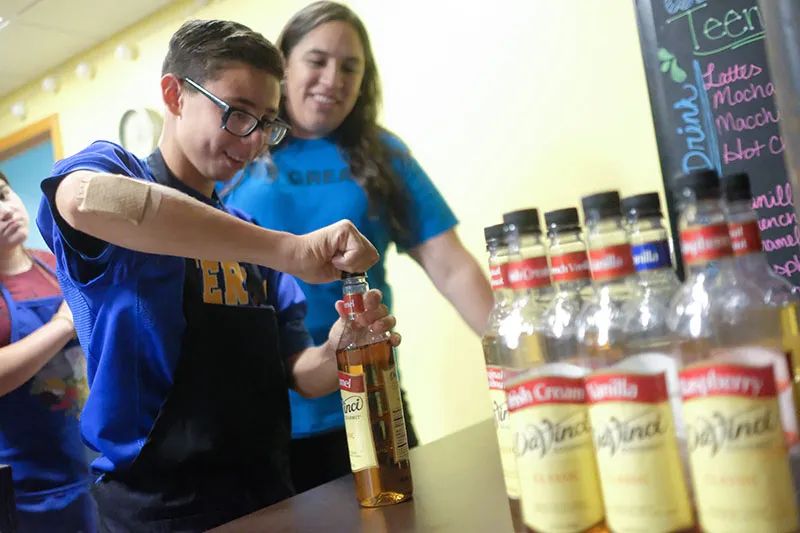 As a teenager, Juanita struggled to maintain a positive relationship with her father. When they fought, she retreated to a local, non-denominational Christian youth group, which further infuriated her strict Catholic father. Eventually, the pastor of the church asked Juanita if she wanted to take over as the youth leader even though, at 18, she was still a teenager.

“Even at a young age, I knew I didn’t want to be that person who bottled up my anger and let it become toxic,” Juanita says. “I wanted to be an example of love and caring.”

That love and caring are what set her apart, says Annie Hasaik, Juanita’s supervisor at the Boys and Girls Club.

Annie’s watched as Juanita has brought shy kids out of their shells and settled kids considered out of control by others. She’s caught the attention of rough kids and brought them into the circle with total acceptance. In the time since Juanita has been in her role as director of Teen Services, Annie has watched teen attendance go up and, what’s even better, the teens who are coming are coming consistently.

“She’s such a positive person,” Annie says. “She has a personality that just draws people to her.”

Because Juanita has been working with teens since she was a teenager, she has a pretty good idea what makes them tick. Connecting with teens takes time, patience, and snacks, she says, but they also want to be taken seriously.

At the Boys and Girls Club, she’s watched as kids have come away smiling after a challenging activity. In fact, the more kids are asked to stretch out of their comfort zones the better they like it, Juanita says. The club offers a safe space where they can be kids and are accepted even when they make mistakes.

“They are our future and sometimes it scares me to think that some teens don’t have this opportunity and they don’t have strong role models to help them be great.”

Juanita admits that the work she does isn’t easy. Most days are physically and emotionally exhausting, but knowing that she’s part of something that’s making a real difference in the lives of youth makes those long days worthwhile.

“I absolutely love this place,” she says.

TO LEARN MORE about the Boys & Girls Clubs of Yellowstone County, visit begreatyellowstone.org